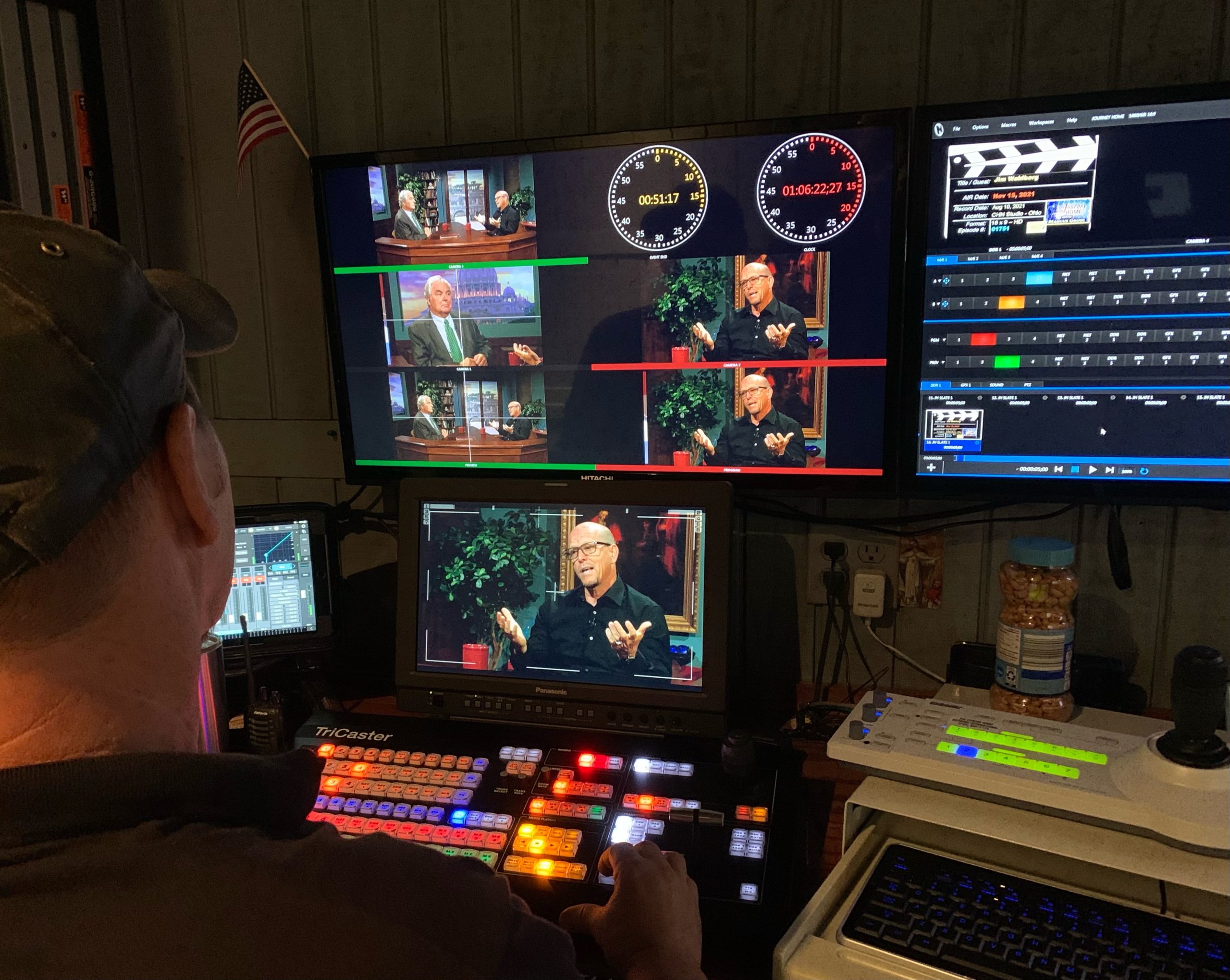 Despite another challenging year of having to produce a television show during a pandemic, were still able to kick off the 25th season of EWTN’s The Journey Home, and share a number of powerful and engaging conversion stories.  It’s never an exact science, but according to site visits, social media activity and your feedback, here were the most popular Journey Home episodes from 2021:

Kenny Burchard wasn’t raised Christian, but accepted Jesus when he met some YWAM missionaries outside a Mormon Temple in Salt Lake City. He decided to go wherever God called him, which meant first the Navy, and later ministry in the Assemblies of God and the Foursquare Church. He worked as a church planters for 12 years before stepping down due to questions of authority, Church history and the proper interpretation of Scripture. After a long process of prayer and discernment, Kenny and his wife MaryJo were received into the Catholic Church in 2019. Watch Kenny’s episode.

Bo Bonner came from a strong Christian family in the Baptist tradition, and always loved Jesus, but when he was part of a church that went through some difficulty, he stopped attending on Sundays and began to read every book about philosophy that he could get from his local library. He pursued philosophy further at Oklahoma State and Duke Divinity, and as he dove into the works of Aquinas and Augustine, he was compelled by them not only as thinkers, but as lovers of truth, and leading lights on the path home to the Catholic Church. Watch Bo’s episode.

Craig Alexander’s dad was an alcoholic who left his family behind, but Craig’s mother took him to the Methodist church, where Craig came to faith in Jesus. Through his high school years, into his time in the Marines, that faith took a backseat, and he began to live for himself, going through a very short marriage, and indulging all kinds of sins of the flesh while serving active duty. When he came back from the Marines, he felt a powerful and unexplained call on his heart to go to Mass, and when he did, he had an encounter with Jesus in the Eucharist that would change everything for him. Watch Craig’s episode.

Christine Flynn wasn’t raised with faith, and her experiences with Christians in middle in high school made her extremely negative toward Christianity. Vivid dreams that she kept having led her to explore New Age ideas, and she considered herself “spiritual but not religious.” But that worldview was ultimately unsatisfying to her, and when she married her husband, an atheist, she became an atheist also. After the birth of their first child, Christine’s husband began to be open to faith, and Christine started to explore Christianity for herself, eventually embracing Jesus, and later, the Catholic Church. Watch Christine’s episode.

Dr. MaryJo Burchard came from a long line of missionaries and pastors, and she was inspired through their witness to want to follow Christ wherever He called her. She was serving as a missionary in Okinawa with YWAM when she met her husband, and they went into ministry together. However, divisions in Christianity bothered her, so she began working a doctorate in Ecclesiastical Leadership from Regent University. That study caused her to look at historic Church leaders like St. Benedict and St. Francis, and to realize that she didn’t have to constantly reinvent “church,” but rather, join The Church. Watch MaryJo’s episode.

Adam Crawford was raised in a strong Christian environment with a  “Bible Alone” approach to faith. When he got into his teens, he began to question that a bit, as he started to hear different takes on the Scriptures that were at odds with each other. Later, when he became a pastor and started to teach a class on Church history, he slowly began to realize that there was no way to teach it without showing that the early Church was unmistakably Catholic. Watch Adam’s episode.

Jim Wahlberg came from a big Catholic family in Boston. But while his brothers Mark and Donny were having successful careers in music in film, Jim was serving prison sentences for drugs and home invasion. He eventually started doing janitorial work for the prison chapel, and when Mother Teresa visited his prison during a trip to the United States, Jim felt like she was speaking directly to him, and for the first time, he really heard the message that God loved him and wanted a relationship with him. That started a fresh journey of faith with Jim that would lead him back to full participation in the Catholic Church. Watch Jim’s episode.

Dr. Bill Saunders had a Methodist upbringing, but as he went through law school at Harvard, he felt compelled to re-examine his Christianity, and in the course of it, became deeply convicted to serve Christ by defending human rights around the world. That work took him to Sudan, where he encountered the powerful witness of Catholics who had lost everything but still had their faith. That’s also how he discovered the incredible story of St. Josephine Bakhita, and her example and intercession were crucial in his journey to the Catholic Church. Watch Dr. Saunders’ episode.

Joelle Maryn had strong faith as a child, but when a house fire claimed the life of her sister a week before Christmas, she felt like that direct line she’d had to God was somehow disconnected. She never stopped believing in God, but after experiencing that level of tragedy, she decided she didn’t trust Him anymore. She threw herself into acting and the fashion industry, and found great success there, but still felt empty inside. That experience of coming to the end of herself led Joelle to cry out to God, and was the first step back to a real relationship with Him and a reconnection to the sacraments. Watch Joelle’s episode.

Nikki Kingsley was born Muslim in Pakistan to a loving family whose faith focused more on the virtues of Islam than its rituals. When an arranged marriage put her into a family with a much more strict approach to Islam, everything began to crash down around her, and she ended up escaping to the United States with her children. Safely in America, her prayer focus shifted: no longer was she praying so much for God to save her, but rather to know who He truly was. And through the persistent leading of Mary, Nikki found herself coming to believe that Jesus, who she’d previously thought of as only a prophet and healer, was truly the Son of God. Watch Nikki’s episode.

What a year! And we can’t wait to share another one full of great Journey Home episodes in 2022!