Another year is in the books, with 2018 marking the beginning of the 22nd season of EWTN’s The Journey Home! According to site visits, social media activity and your feedback, here were the most popular Journey Home episodes from 2018:

Charlotte Wiley left the Catholic Church when she had a born-again experience as a young woman, and married Gary, who came from the Pilgrim Holiness tradition and felt called to be a pastor. Together, they served in a series of ministry roles, including as missionaries to Peru. Neither of them seriously considered the claims of the Catholic Church until Charlotte’s mom passed away, and attending her Catholic funeral triggered a sequence of events that began to draw first Gary, and eventually Charlotte, home to the Catholic Church. 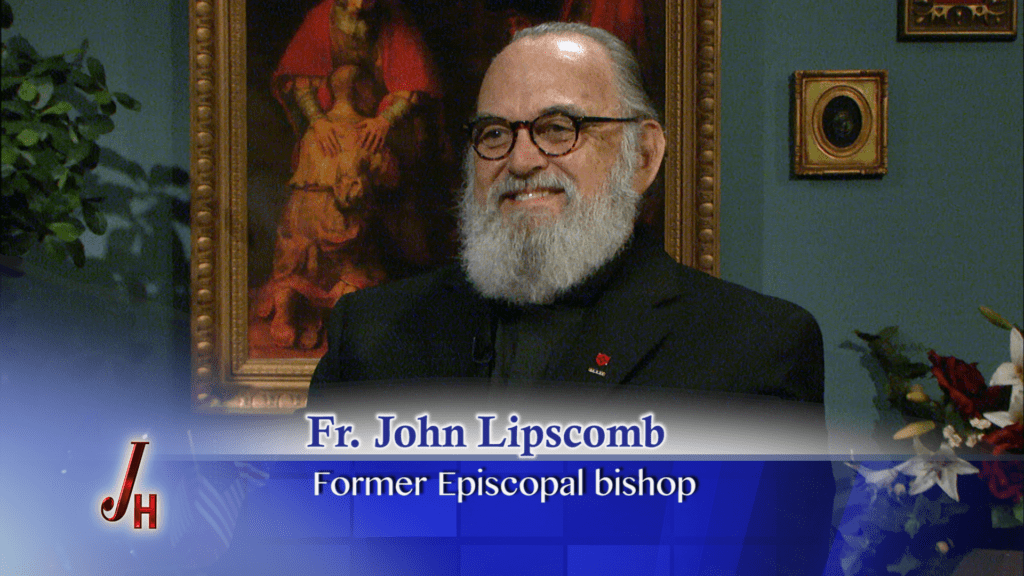 Fr. John Lipscomb grew up the son of a Baptist preacher, but discovering liturgy, tradition and Church history led him to the Episcopal Church, where he became a priest, and eventually bishop of Southwest Florida. As certain moral issues came to the forefront of discussion in Episcopal conferences, he was troubled by them, but didn’t see them as church-dividing issues. It was only when he began to feel that the Lordship of Jesus was being openly questioned by members of his denomination’s hierarchy that he decided to explore the Catholic Church formally, which he entered after retiring as an Episcopalian bishop in 2007. 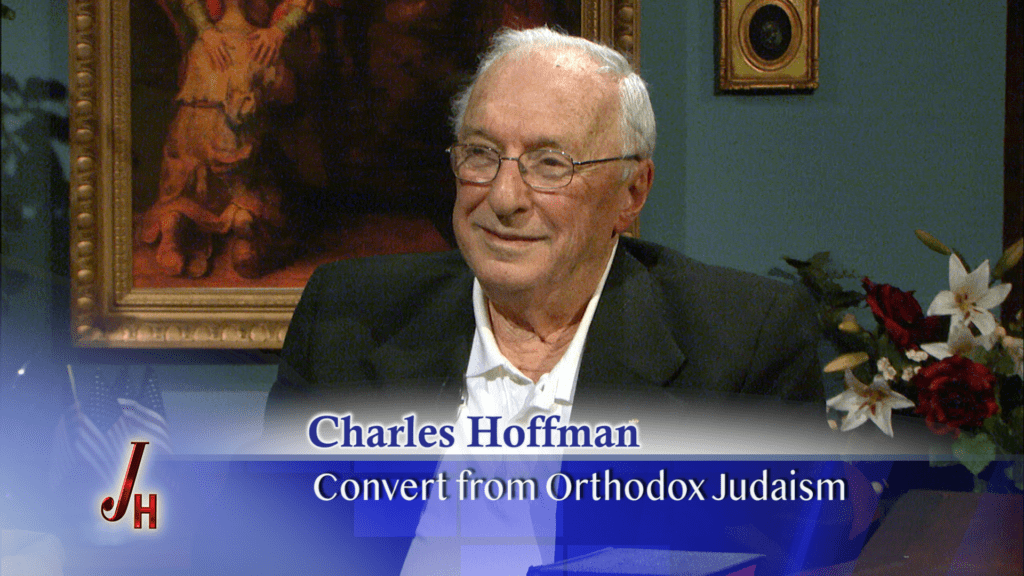 Charles Hoffman escaped the horrors of Nazi persecution as a child, and grew up with a profound understanding of God’s providence through the Torah and tradition, especially in the story of the Passover. As he began to research Christianity, he started to see the intrinsic connections between the Jewish commemoration of Passover and the liturgy of the Catholic Mass, and came to understand the Catholic faith not as a negation of his Jewish patrimony, but a fulfillment of it. 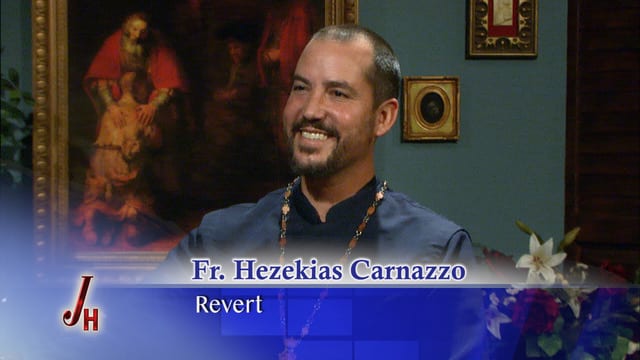 Though raised Catholic, Fr. Hezekias Carnazzo wasn’t particularly observant, and was poorly catechized in the faith. However, a friendship with a Jehovah’s Witness led him to begin to study his reasons for belief, and a path out of his moral quagmire and toward spiritual growth began. He started teaching CCD classes, then went to Christendom College, all the way feeling a call from God to be involved in adult faith formation. As he followed the path toward being ordained a Greek Melkite priest, he also founded the Institute of Catholic Culture as a dynamic way to help adults discover the truth, beauty and goodness of the faith.

David Bereit was a lifelong Presbyterian married to a cradle Catholic, and his involvement in the 40 Days for Life movement continued to bring him into contact with faithful Catholics who stood up for the sanctity of unborn human life. For many years, people just assumed David was Catholic! It was the witness of his family, as well as his experience of Eucharistic adoration, that eventually helped convince him to come home to the fulness of truth in the Catholic Church. 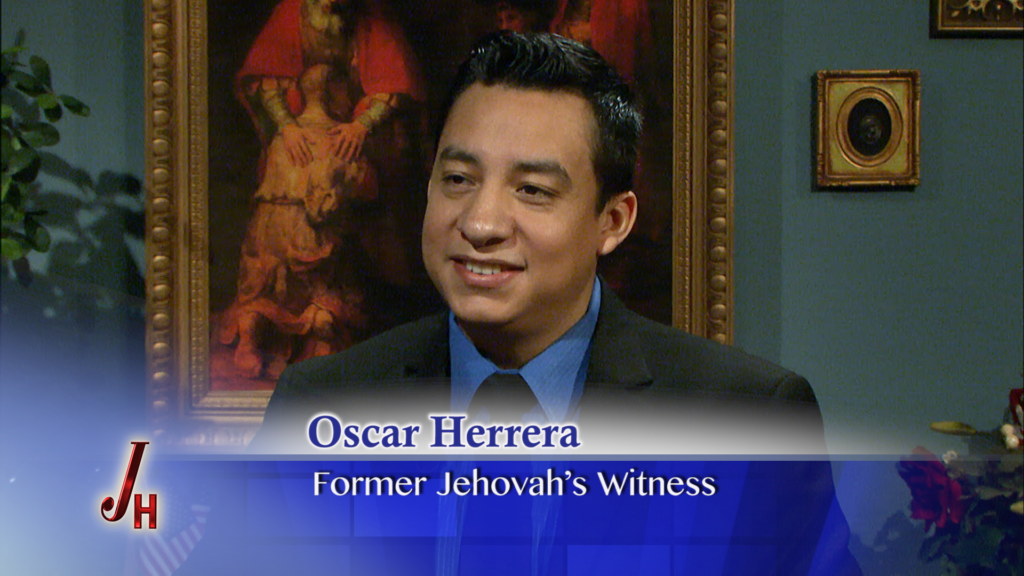 Oscar Herrera was baptized Catholic, but by the time he was 5 years old, his family had become Jehovah’s Witnesses. That community became everything to him, and by age 9, he was already considering becoming an elder.  However, in his teenage years, when he and his girlfriend had a child out of wedlock, things started to fall apart, and he became an agnostic for a few years.  Despite those faithless years for Oscar, his wife remained Catholic, and even though he at first wanted absolutely nothing to do with the Church,  a series of events, including a Eucharistic experience on a marriage retreat, caused him to consider coming back to the faith into which he had originally been baptized.

Keith Little grew up in Canada and attended the United Church, but eventually discovered a real relationship with Jesus as a young man. In the theological debates he had through youth group and beyond, he kept wondering how it was possible to sustain Christianity if there was no interpretive norm that told all Christians how to understand the Bible.  The more he dug into theology, and the more disagreement he saw between various denominations on major points of Christian doctrine, the more he began to realize that history and authority were vitally important to the understanding of which church was the True Church.

Rob Marco’s dad was Ukranian Catholic and his mom Episcopalian, but he wasn’t really raised in either tradition, although he had some experience of both. As a spiritual seeker in high school, he was attracted to the straight edge punk movement – a reaction to the promiscuity, drugs and alcohol of mainstream punk that defined itself by detachment from materialism and the denunciation of consumerism. The philosophy of the bands he was listening to caused him to look into Buddhism, but also began to open him to Christianity. A couple of experiences he had on backpacking trips helped him to get a sense of the mystery of grace and the power of the Holy Spirit, and by the time he went to college, he was ready to become Catholic, even considering a monastic vocation. As he began to mature in his newfound Catholic faith, he fell more in love with the Sacraments, the Blessed Mother, and even some of the Church’s hard teachings that he’d once rejected.

We were privileged to have Mark and Sue on in back-to-back episodes to share their stories! Sue’s parents were Jews who survived Nazi persecution in Hungary, and had Sue baptized as a baby, not out of personal conviction, but as a matter of self-preservation. Mark’s father was a Polish Holocaust survivor, and his mother a Russian Jew whose family had suffered under pogroms, so he was raised with a strong Jewish identity. Through a series of events, both came first to Christianity through Messianic Judaism, and eventually to full communion with the Catholic Church.

Derya Little grew up in a culturally Muslim household in Turkey, but when her parents divorced, it caused her to question everything, including the tenets of Islam. Studying it critically for herself, she was put off by its treatment of women, its chaotic history, and the master/slave relationship between Allah and his followers. She rejected God altogether until she met some Evangelical Christians who had both convincing arguments and compelling witnesses. However, the more she studied Christianity, the more she began to wonder about the question of who had the authority to interpret Scripture, and a study of history and theology eventually helped lead her to the Catholic Church. It’s an excellent episode, and we’re not surprised it ended up at the top of this year’s list!

As always, a special thanks to everyone who has provided the prayers, encouragement and support to make possible our work of assisting people on the journey to Catholicism and sharing their stories with the world, via The Journey Home on EWTN, and through articles, written testimonies, and short videos. Here’s to another great season of shows in 2019!

Did you have any favorite episodes from the past year that didn’t make this year’s Top 10 list? Please share in the comments below!

And if you missed last year’s list, here’s a link to the Top 10 Journey Home Episodes of 2017.