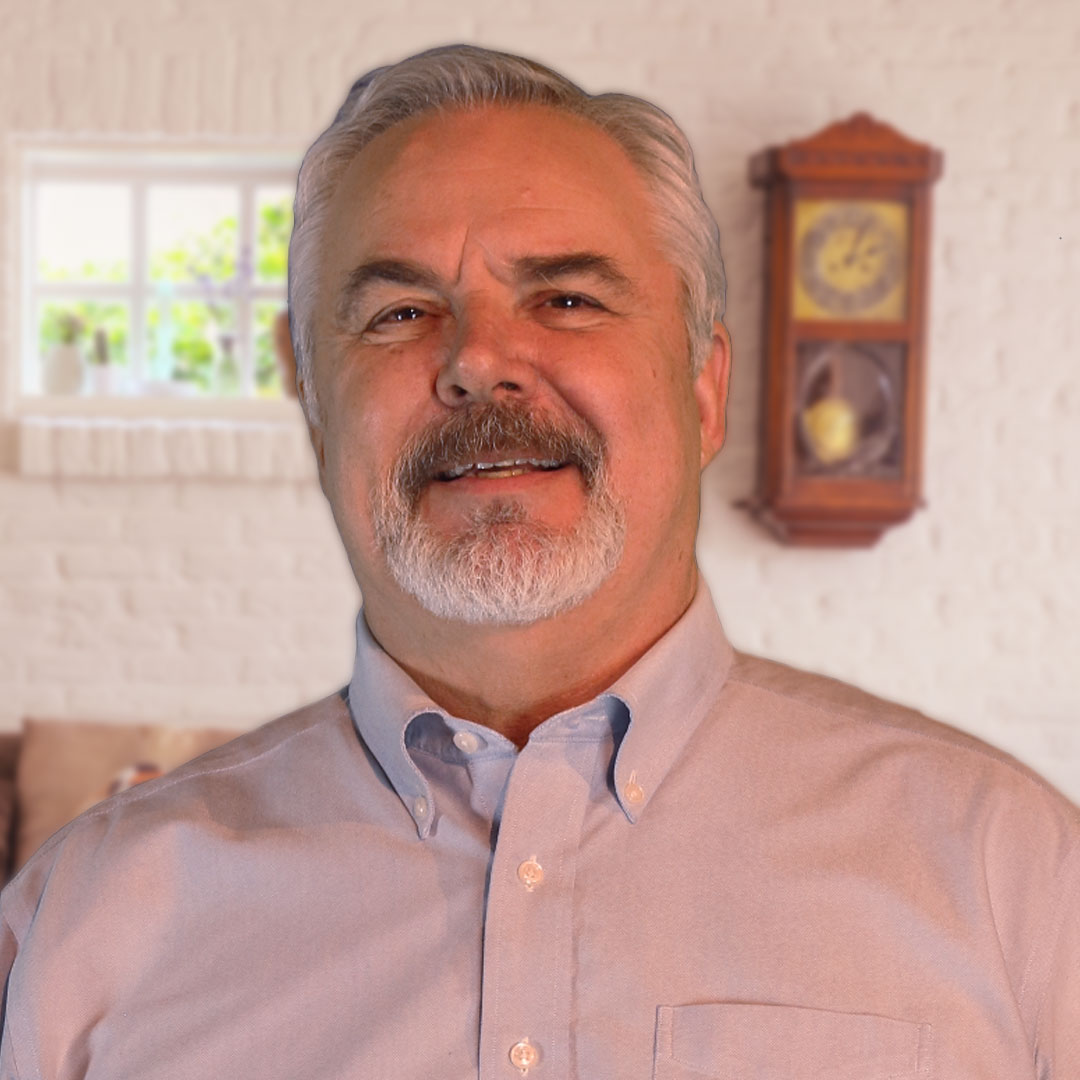 Marcus Grodi received his BS degree from Case Institute of Technology in Polymer Engineering and worked for six years as an engineer. During this time, he was involved in a variety of Protestant youth and music ministries. He then received his Master of Divinity Degree from Gordon-Conwell Theological Seminary and was ordained to the Protestant pastoral ministry. During his more than fifteen years of youth, young adult, and pastoral ministry, his main emphasis was church and lay spiritual renewal. Marcus, his wife Marilyn, and their two older sons, JonMarc and Peter, were received into the Catholic Church on December 20, 1992. Their third son, Richard, entered through baptism.

Marcus now serves as the Founder / President of The Coming Home Network International, a non-profit, Catholic, lay apostolate aimed at helping other Christians, both clergy and laity, explore the Catholic Church. He also hosts The Journey Home, a weekly live television program, and Deep In Scripture, a weekly live radio program, both on EWTN. He is the author of Thoughts for the Journey Home, What Must I Do to Be Saved?, the novels How Firm a Foundation and Pillar and Bulwark, and the editor/author of Journeys Home and Journeys Home II. He has taught courses in catechetics, youth ministry, leadership, and theology at Franciscan University of Steubenville and the Pontifical College Josephinum. He has written regular articles for Catholic Answers Magazine, as well as other Catholic publications.

JonMarc Grodi’s interest in helping people understand the Catholic faith goes back to his childhood. His father, Marcus, a former Presbyterian minister, brought their whole family into the Church when JonMarc was only five years old. Growing up around converts and those exploring the Catholic faith, he learned to appreciate the gift of what it means to be Catholic, and how to effectively communicate the beauty and truth of the Faith with those seeking a home in the Church.
JonMarc went on to work in campus ministry while pursuing his undergraduate degree in Philosophy at Bowling Green State University, and later earned a Masters Degree in Philosophy from Franciscan University of Steubenville. He has worked with his father in the Coming Home Network in various capacities since 2005, and eventually became Executive Director of the organization in 2022.
After 25 years of hosting The Journey Home on EWTN, Marcus Grodi passed the torch to his son JonMarc, who in his role as the new host brings to the program a lifetime of experience working with Catholic converts.
JonMarc lives with his wife, Teresa, and their six children in Perrysburg, Ohio. 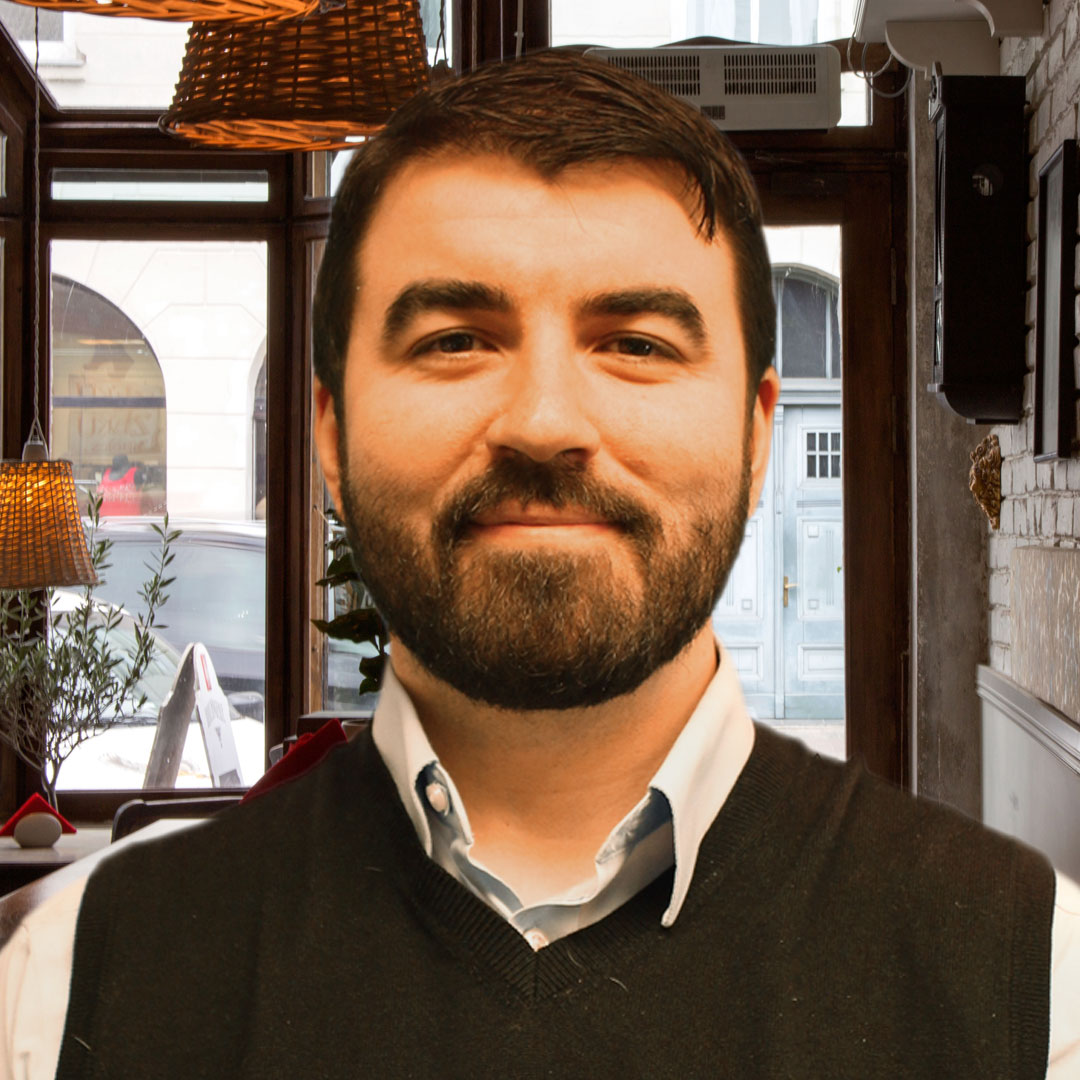 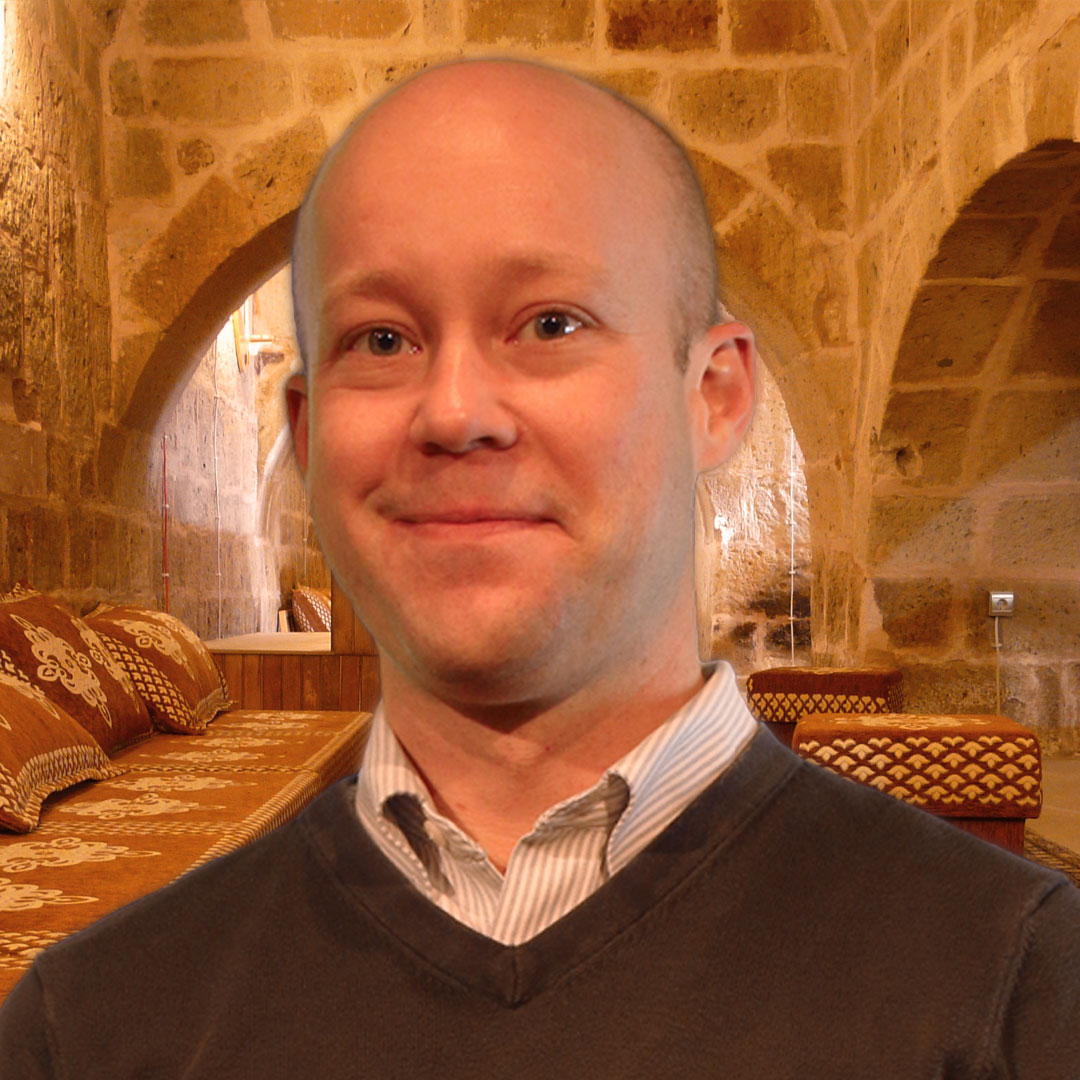 Matt Swaim grew up in a strong Christian family, and attended United Methodist, Nazarene and Free Methodist congregations along the way. While studying Media Communications at Asbury College, he discovered G.K. Chesterton, and became at first curious about the Catholic Church, and eventually convicted that he needed to join it. Matt worked in Catholic radio for nearly a decade before joining The Coming Home Network staff in 2016. His primary role is working to coordinate and promote new video, web and other media content that shows forth CHNetwork’s mission.

Ken Hensley has an M.A. in Theology and was an ordained Protestant minister for eleven years before converting to the Catholic faith in 1997. He has taught at St John Seminary for the Archdiocese of Los Angeles and spoken at Catholic conferences and parishes throughout the U.S. and internationally. Ken has been on staff with the Coming Home Network for three years. He and Tina live in Fillmore, CA, have two children and eight grandchildren. 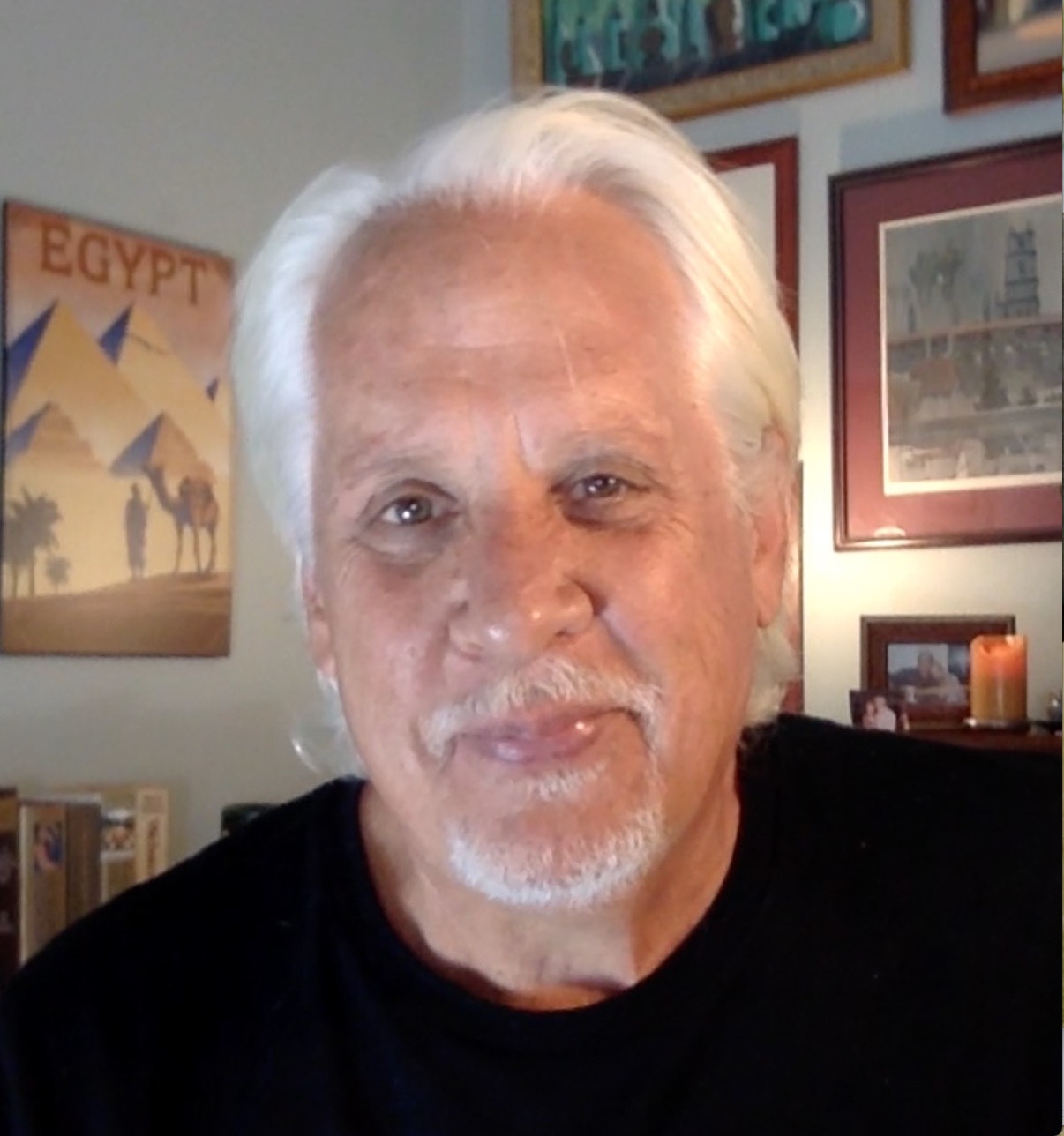 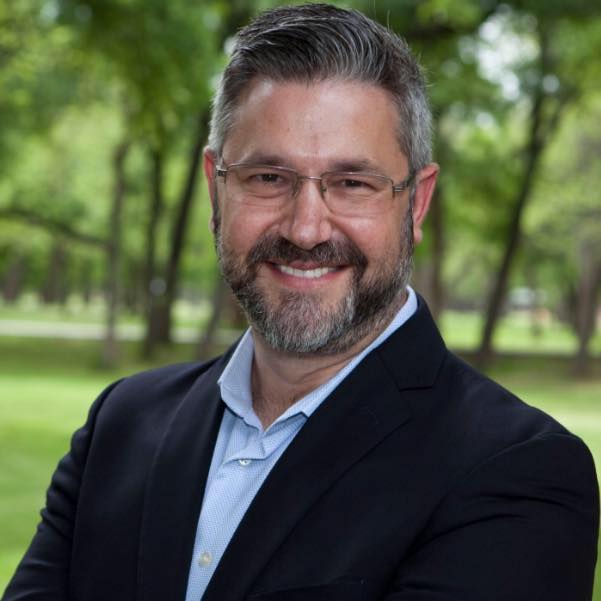 Kenny Burchard has an M.A. in New Testament Theology from the Mennonite Brethren Biblical Seminary in Fresno, CA, and served as ordained Protestant Evangelical Pastor in the Pentecostal & Charismatic traditions for 20 years. He was the senior and founding pastor of a Foursquare Church in Central California from 2001 – 2013. In the Summer of 2018 through a supernatural impression from the Holy Spirit, Kenny and his family began a year-long journey into full communion with the Catholic Church. After his time in vocational pastoring, Kenny began a career in corporate philanthropy, fundraising, foundation management, and resource development. He currently serves as the Director of Development for the Coming Home Network where he works with generous donors and organizations who are passionate about supporting the mission and work of the Coming Home Network. He, his wife MaryJo, and their adult son, Victor, live in Virginia Beach, Virginia.

Seth Paine is the developer of web and new media for The Coming Home Network. His favorite part of the job is creating videos for the CHN YouTube channel, especially the recent video on death featuring Sister Theresa Aletheia. A big part of his journey into the Catholic Church related to finding the beauty in the Church and the history of the Church so he strives to help others discover that same beauty through video. On the side, he works on a couple of nerdy projects including his own YouTube channel, That Nerdy Catholic, and an online store selling fun t-shirts, Nerdy Catholic Tees. He is married with two young girls and is in the process of passing on his love of Lewis and other good Christian authors to them. 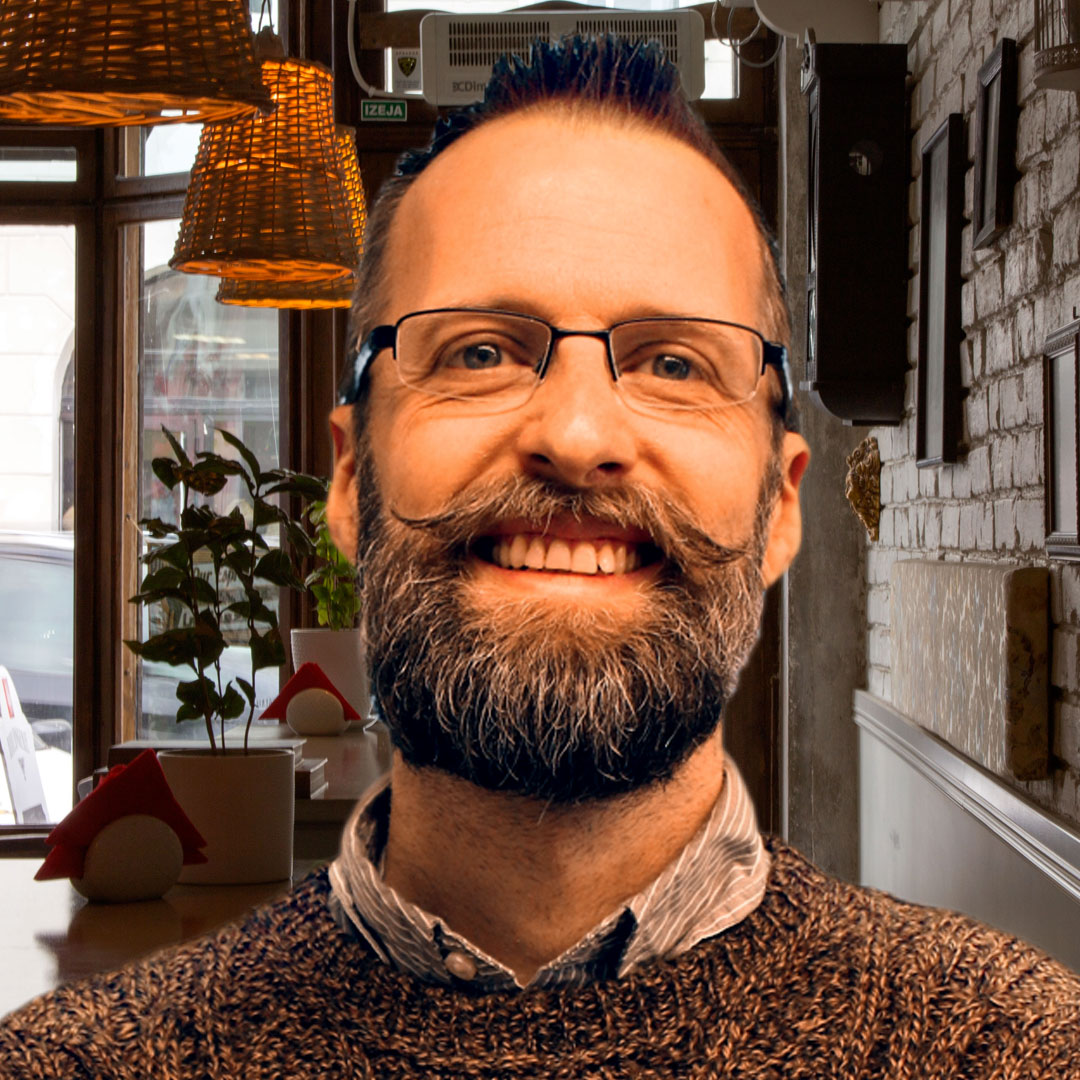 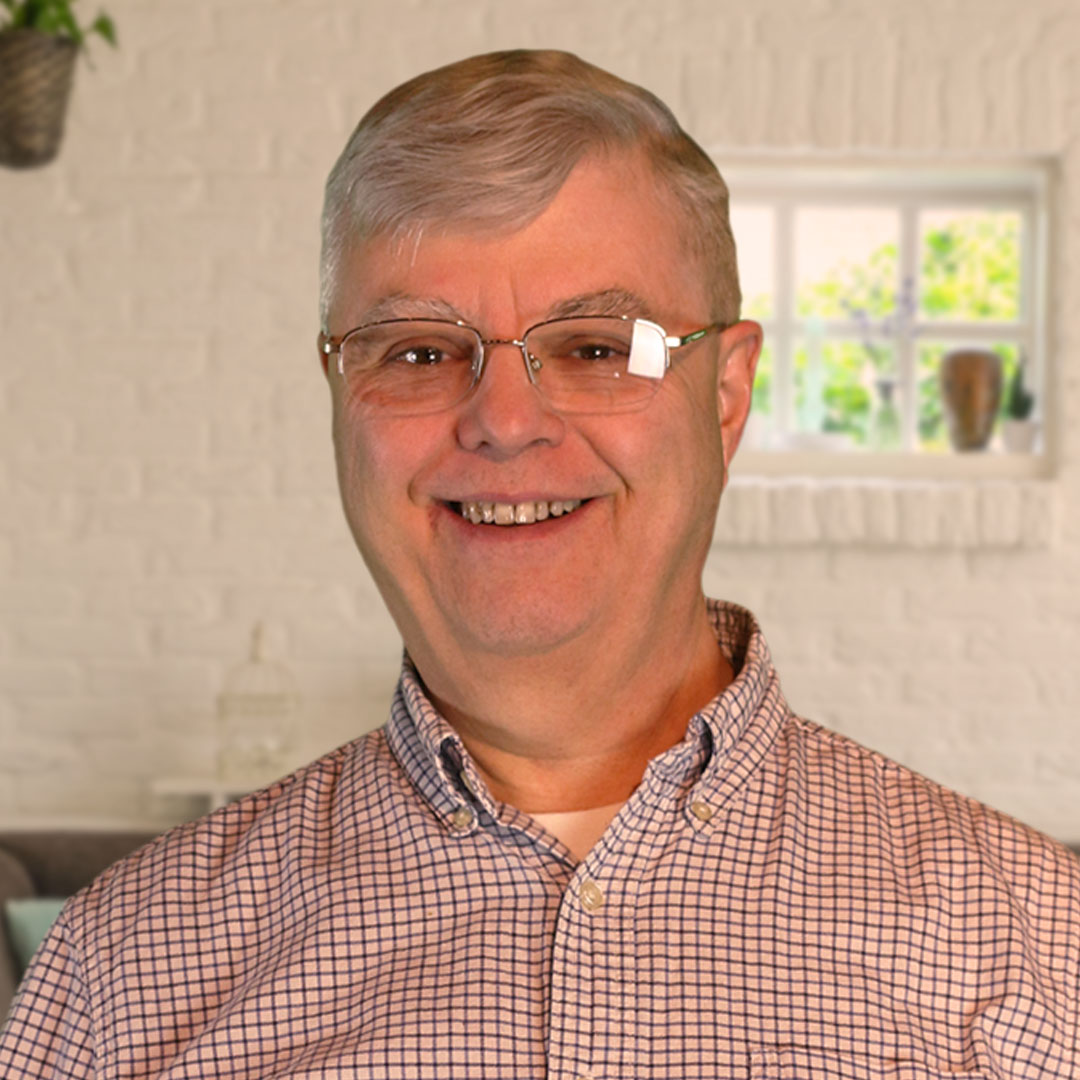 Jim Anderson grew up in the United Methodist Church and while in college joined the Lutheran Church. He received a BA in History from Ohio University and an MA in Church History from Ashland Theological Seminary. While he was studying the writings of the early Church Fathers he began his journey toward full-communion with the Catholic Church. He was received into the Catholic Church, in 1981, while still attending Ashland Seminary. Jim began working with the Coming Home Network in 2001. His primary duty, as Ministry Membership & Pastoral Care Coordinator, is to assist non-catholic clergy and laypeople who are on they journey to the fullness of the Catholic faith.

Brother Rex is a consecrated hermit in the diocese of Portland, Maine, who entered the Catholic Church in 2000 from the Anglican tradition. Having been affiliated with the Coming Home Network since 2011, his primary ministry is prayer for CHN members. He receives and responds to prayer requests submitted to CHN through various means and makes Holy Hours for CHN members. He also works as a member of the Pastoral Care team, corresponding with new members on the journey to the Catholic Church. 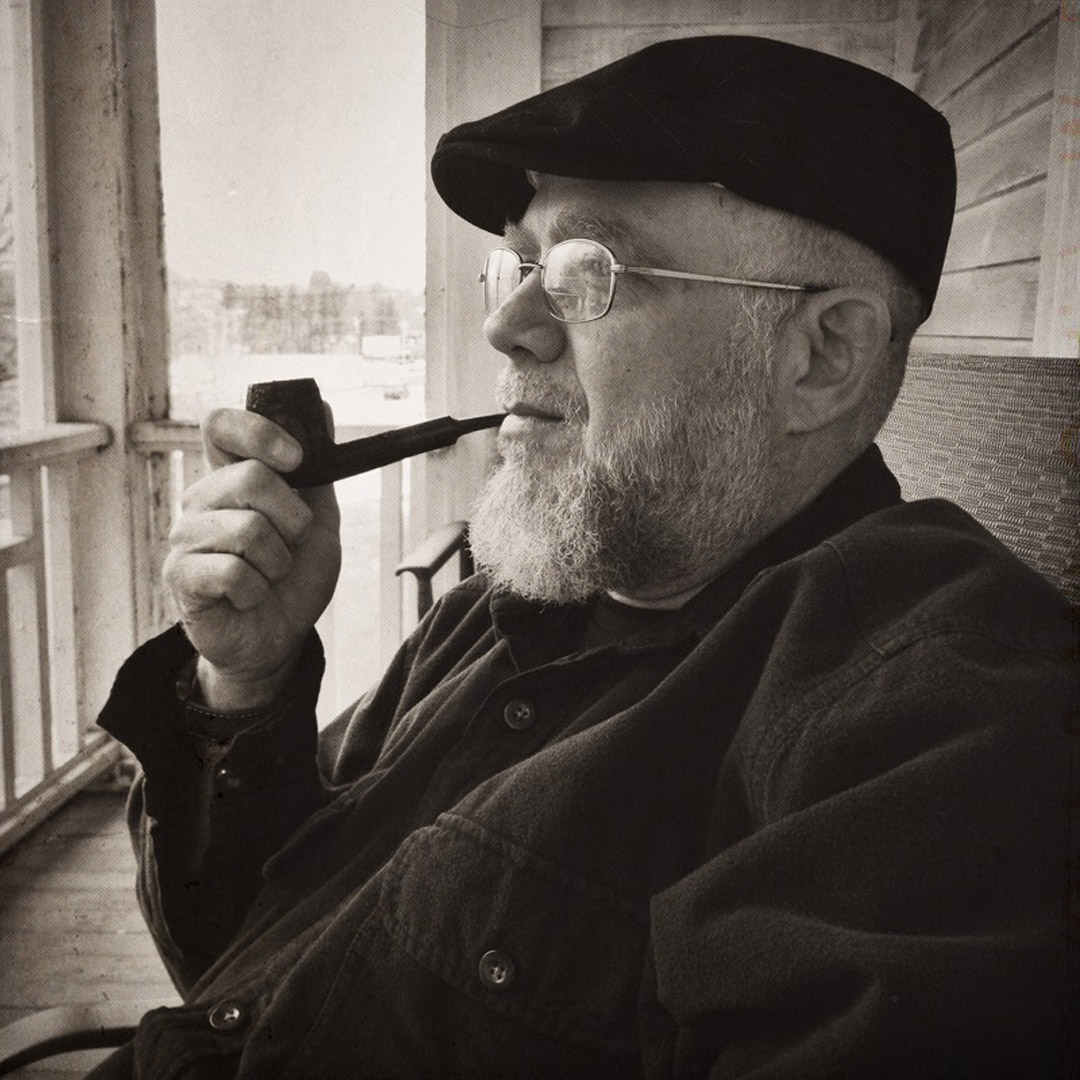 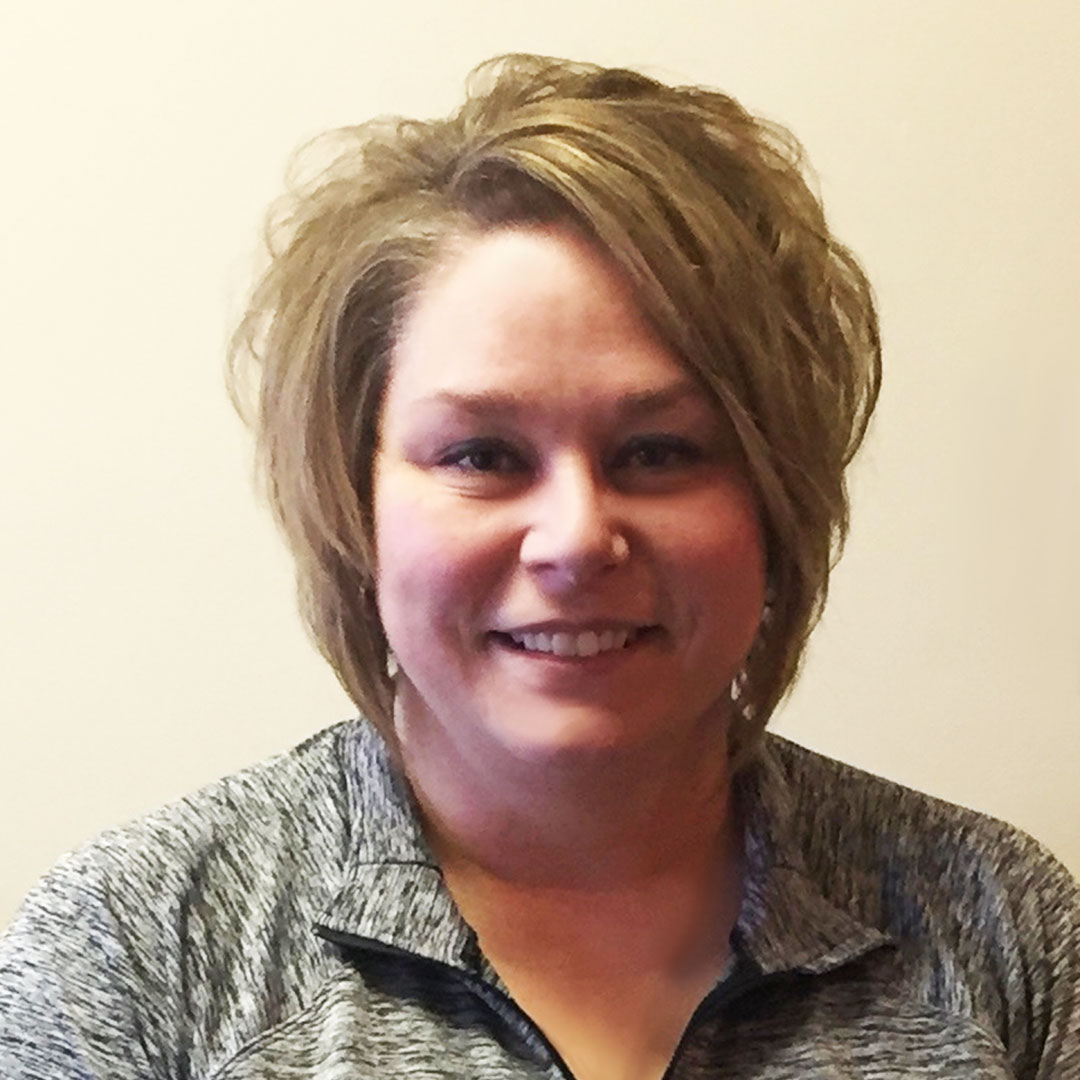 Ann Moore is a lifelong Catholic and has worked for the Coming Home Network since 2002. She loves the opportunity to grow in her faith everyday from CHN members and co-workers. She resides in Zanesville, OH with her husband Kenny and has one daughter. In her spare time, Ann enjoys coaching middle school girls basketball at Tri-Valley Local Schools.

Bill Bateson converted to the Catholic Faith in 2003. He resides in Dresden, Ohio with his wife and has 7 children and 2 grandchildren. In his spare time he enjoys spending time with his family, practicing karate, and working on their property. The Catholic Church has taught him the beauty of life lived through faith. 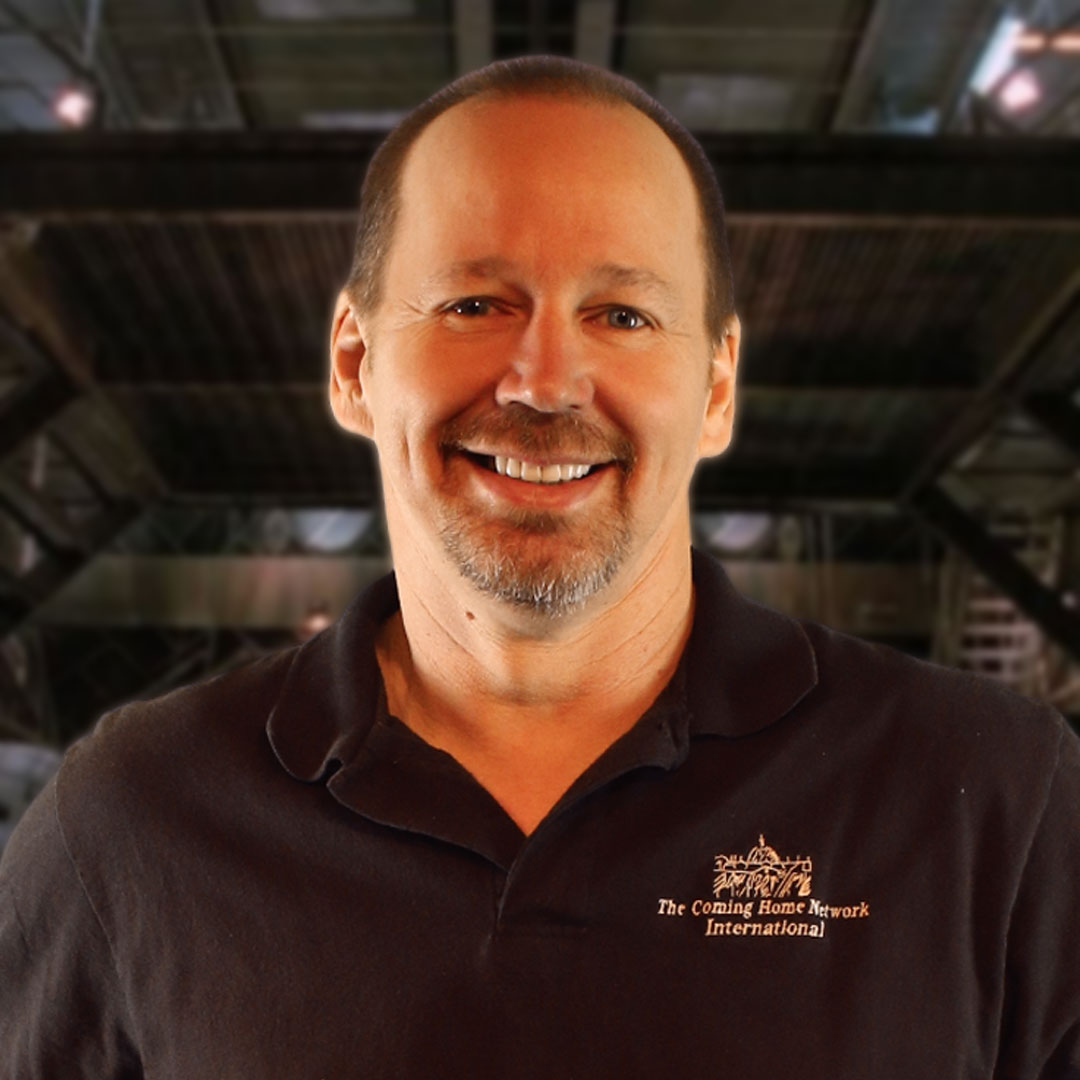 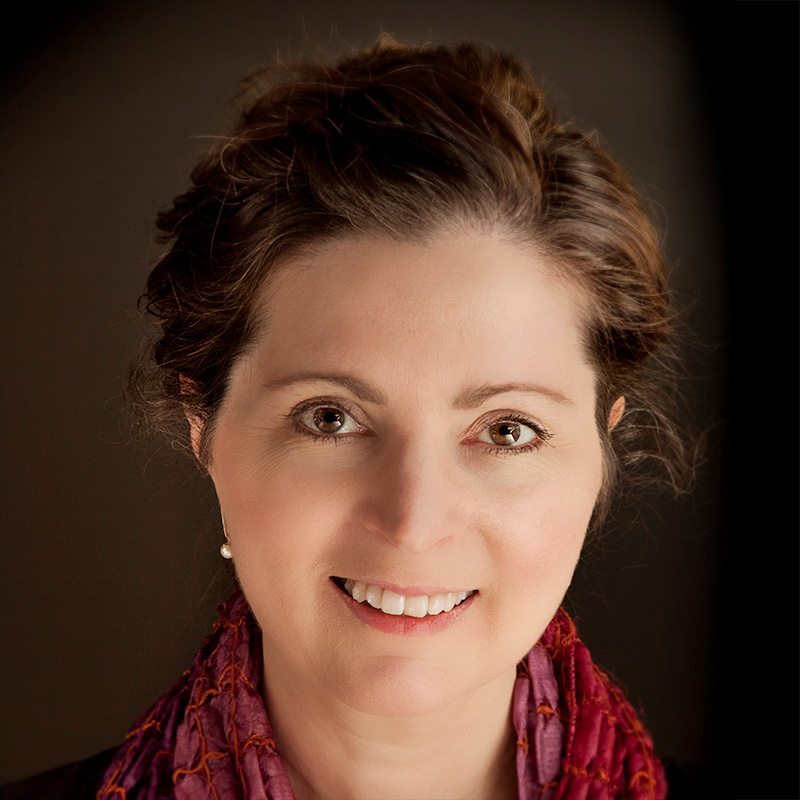 Denise Bossert has an M.A. in Literature and is a Coordinator of Religious Education through the Paul VI Institute. She has taught high school theology in the Archdiocese of St. Louis and worked as a Catholic columnist, author, and editor. Denise is a Pastoral Care and Publications Coordinator at the Coming Home Network. Denise and her husband John live in south Arkansas and are members at Holy Redeemer Parish. They have four children and eight grandchildren. 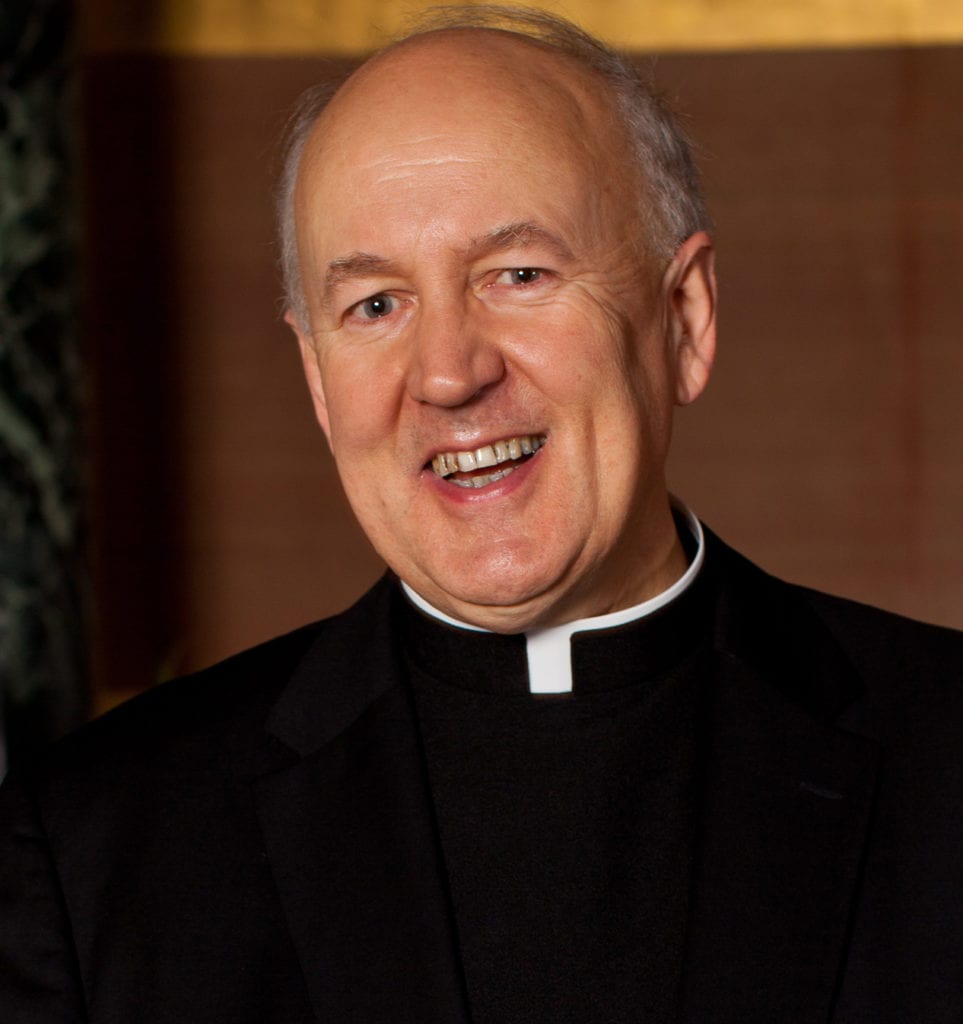 Msgr. Jeffrey Steenson, P.A., was appointed by Pope Benedict XVI to be the first Ordinary of the Personal Ordinariate of the Chair of St. Peter on Jan. 1, 2012. The Ordinariate is a jurisdiction established by the Holy Father for groups coming from the Anglican tradition who are seeking full communion with the Catholic Church. Msgr. Steenson handed this work over to the Ordinariate’s first bishop in 2015. He has served as Priest Scholar in Residence in the School of Divinity at St. Paul Seminary and as a seminary formator and assists in the Archdiocese of St. Paul and Minneapolis.

Msgr. Steenson previously taught patristics at the University of St. Thomas School of Theology at St. Mary’s Seminary, Houston, from 2009 to 2015. He has an M.A. in church history from Trinity Evangelical Divinity School, an M.Div. from Harvard Divinity School, and a D.Phil. in patristic theology from the University of Oxford in 1983. For next twenty-five years in the Anglican ministry, both as a priest and a bishop, the Fathers of the Church continued to be his inspiration and guide and were instrumental in his decision to come into full communion with the Catholic Church in 2007, together with his wife Debra. Married for 43 years, they have three adult children and two grandsons. Through the Pastoral Provision created by Pope John Paul II, he was ordained to the priesthood in the Archdiocese of Santa Fe on Feb. 21, 2009. He is an aviation enthusiast, a licensed pilot and a member of the National Association of Priest Pilots.

Kevin Lowry serves as Chief Financial Officer for RevLocal, a rapidly growing digital marketing company. He is also a member of the board of directors of Our Sunday Visitor and is Past President of the Columbus chapter of Legatus. Kevin is the author of How God Hauled Me Kicking and Screaming Into the Catholic Church and Faith at Work: Finding Purpose Beyond the Paycheck, and is a frequent speaker for Catholic and secular groups. Kevin and his wife live in Columbus, Ohio and have eight children. His website is gratefulconvert.com. 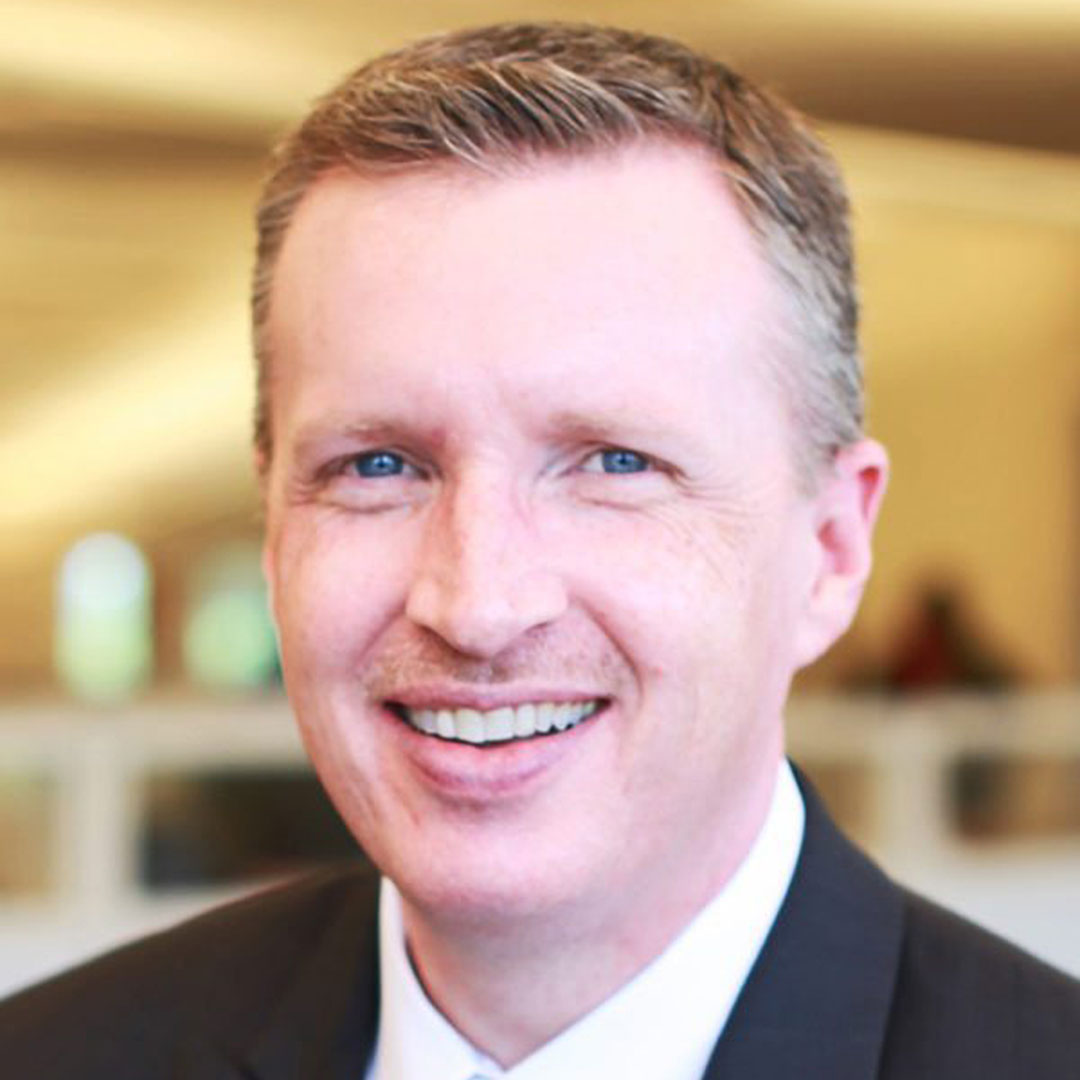 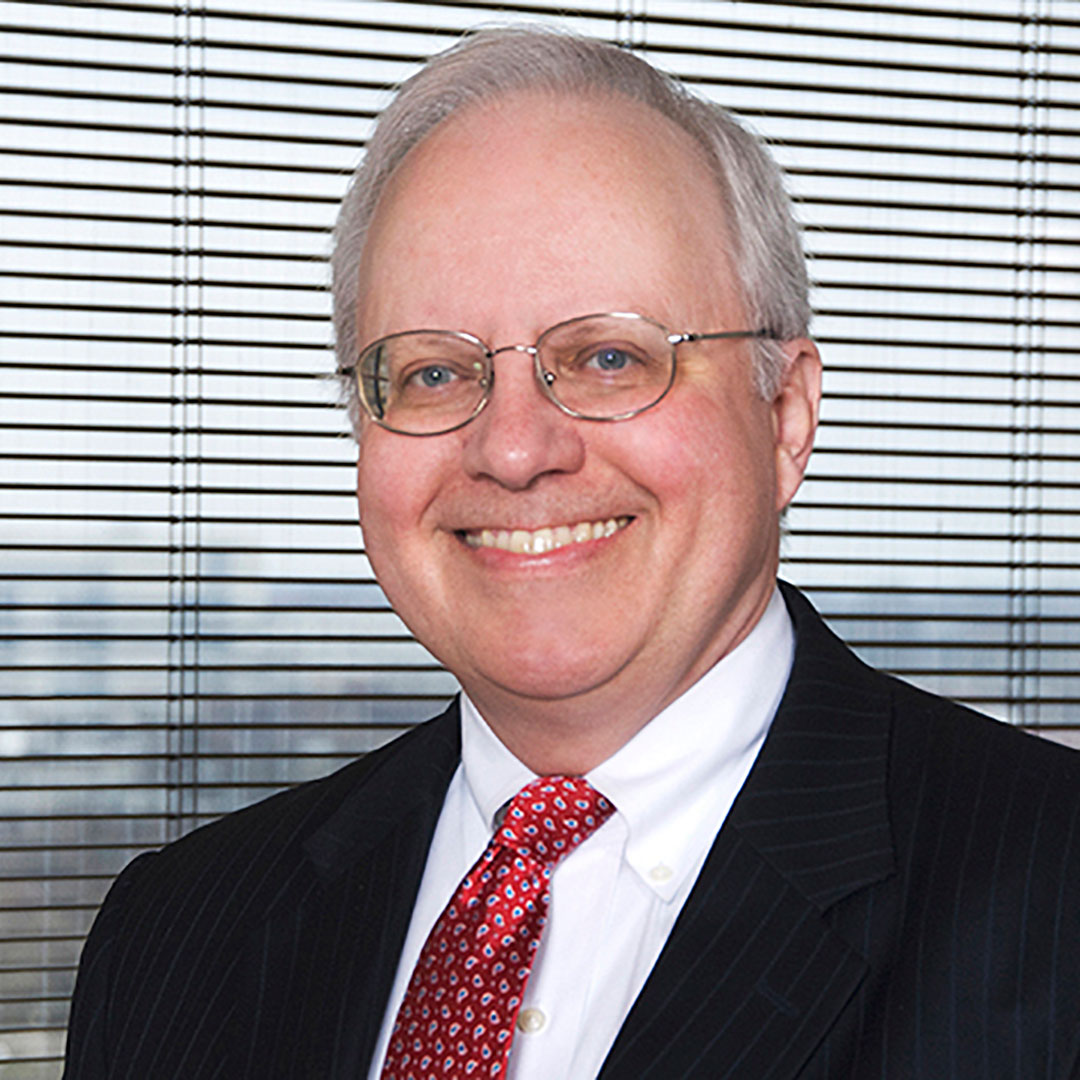 Donald Brey is a convert from Methodism, Episcopalianism, and Agnosticism. A graduate of Ohio Wesleyan University and Yale Law School, he is a partner with Taft, Stettinius & Hollister in Columbus Ohio with over thirty years’ experience advising and representing clients in the areas of litigation and administrative law, ethics, and election law. He has been recognized by Best Lawyers in America as one of the top lawyers in the administrative and litigation practices and has been designated as an Ohio Super Lawyer for his work in the area of political law. He is a founding board member for Catholics for Ohio, is general counsel to Ohio Right to Life, and was a founding board member for the Dominican Foundation. Mr. Brey is a Knight of Malta, and worships at St. Patrick Church in Columbus, Ohio.

The Most Reverend Daniel E. Thomas, Bishop of Toledo, OH