A Very Special Breed:
How I Evangelize Those Who Doubt or Deny the Existence of God Part XII 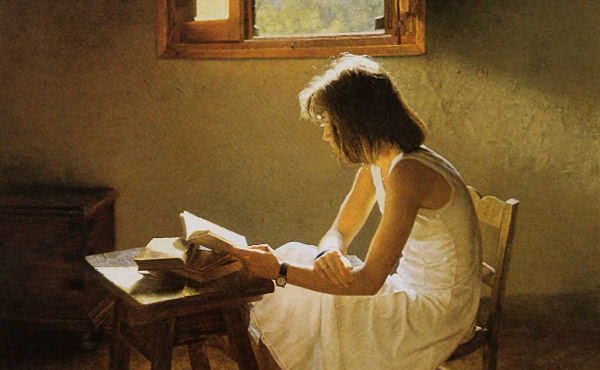 You are a human animal
You are a very special breed
For you are the only animal
Who can think, who can reason, who can read.

No, these are not lines from a poem by Richard Dawkins. This is our good friend Disney. It’s from a Sing Along tape my kids used to listen to when they were little. Drove me mad.

Of course it’s true in part. You and I are a “very special breed.” After all, unlike any other creature on earth, we possess the astonishing ability to think, to reason, to read. And this is true, whether we believe that we have been specially created in the image and likeness of a personal thinking Spirit, or that we have emerged as the accidental products of a non-personal material universe and are, as one of my teachers used to say, nothing more than “the forward edge of the sludge of evolution.”

Both theists and atheists think, reason, read. Both desire to be rational in their thinking about the world in which they find themselves. Both assume — and must assume — the reliability of human reasoning to lead to true knowledge. The difference between them is this: while those who believe in God hold a worldview that can account for our ability to seek and find truth through the use of reason, that can make sense of our ability to think, reason, read, the atheist does not.

As much as the atheist desires to be rational, he holds a view of the world that continually forces him in the direction of irrationalism.

He takes his thoughts seriously, as though they might have some connection to “truth,” while holding to a worldview in which each of his thoughts would be entirely reducible to material events taking place in a material brain in which everything that happens is determined by material laws.

In the end, the atheist must hold that our thinking, our reasoning, our reading reduces to “the absurd chatter of firing synapses.”

[Materialism] destroys rationality. Thought is replaced by electro-chemical neural events. Two such events cannot confront each other in rational discourse. They are neither right nor wrong. They simply happen … The very assertions of the reductionist himself are nothing but blips in the neural network of his brain. The world of rational discourse dissolves into the absurd chatter of firing synapses. Quite frankly, that cannot be right and none of us believes it to be so.” (One World, p. 92)

So How Do Materialists Deal with this P?

Well, most don’t. For most, thinking and reasoning through issues and drawing logical conclusions are activities so natural to them as human beings created in the image of the thinking God that it doesn’t cross their minds to imagine that these are activities they would need to account for in terms of their materialist worldview. Not at all.

But for those atheists who have thought about the problem of how to make sense of knowledge in a materialist universe, how do they deal with it?

The Argument from Natural Selection

The basic response is that in the process of evolution random genetic mutations brought about our ability to think and natural selection rewarded creatures that could think rationally.

In other words, our brains evolved the ability to reason to correct conclusions through trial and error.

This is the path Stephen Hawking takes:

Provided the universe has evolved in a regular way, we might expect that the reasoning abilities that natural selection has given us would be valid … and so would not lead us to the wrong conclusions.

The only problem is: this doesn’t answer the challenge being made to materialism. After all, if thoughts and ideas are reducible to deterministic physical processes taking place in our brains such that we can speak of our thoughts as “excretions of brain,” then the theory of evolution was also something reducible to deterministic physical processing taking place in Darwin’s brain such that we could speak of it as something Darwin’s brain “excreted.”

In other words, when Hawking appeals to the theory of evolution to explain our ability to think and reason and draw accurate conclusions, he’s appealing to a theory that is itself the result of deterministic physical processes. So how is this an answer to the question of how knowledge is possible when everything we think is the product of deterministic physical processes?

Hawking’s response is circular. It’s a hall of mirrors.

Baboons with a Surplus of Neurons

Atheist philosopher of mind John Searle throws up his hands. Random mutation and natural selection — the heart of the theory of evolution — doesn’t care about truth. All it cares about is survival and reproduction, of which cockroaches and rats possess mastery without knowing a single thing.

And yet, somehow, marvels Searle, in the course of evolution we human animals have wound up with mental capabilities far beyond what is needed for survival and reproduction. We can imagine how we might evolve the instinct to run when a tiger is coming. We cannot imagine why we would evolve the ability to compose oboe concertos, invent color TV, and develop unbelievably complex mathematical theories about the curvature of time and space.

Basically, says Searle, we are “baboons with a surplus of neurons.” And while he admits that conceiving of ourselves in this way could cast serious doubt on the reliability of our thinking, in the end all we can do is trust our minds, at least provisionally, so that we can go on doing science and test the limits of our mental abilities by the results we get.

This is what we might refer to as the “Well, however this came to be, our minds seem to work okay” answer to the problem.

Rather than assuming the truth of materialism and saying, “Well, somehow it works!” the materialist needs to explain how it can possibly work given his view of things.

If my mental processes are determined wholly by the motions of atoms in my brain, I have no reason to suppose that my beliefs are true … and hence I have no reason for supposing my brain to be composed of atoms.

That’s the challenge that needs to be dealt with. And the fact that materialists do think and reason and are successful in coming to knowledge is no answer to the challenge. Actually, it is evidence that their mental processes are not “determined wholly by the motions of atoms in their brains.” It is evidence that their minds are not reducible to electrochemical processes governed solely by the laws of chemistry and physics.

Escape into Pragmatism and Irrationalism

An atheist wrestling with these ideas can always take the pragmatic route and when pressed for explanations simply escape into irrationalism. “OK, so I can’t account for how true knowledge is possible in terms of my deterministic materialist worldview. Who cares? Maybe true knowledge is not possible. Fine.”

In his book Miracles C.S. Lewis explains how this “answer” is really no answer at all.

Some Naturalists whom I have met attempt to escape by saying that there is no ground for believing our thoughts to be valid and that this doesn’t worry them in the least. “We find that they work,” it is said, “and we admit that we cannot argue from this that they give us a true account of any external reality. But we don’t mind. We are not interested in truth. Our habits of thought seem to enable humanity to keep alive and that is all we care about.”…. [But] unless the Naturalists put forward naturalism as a true theory, we have of course no dispute with them. You can argue with a man who says “Rice is unwholesome,” but you neither can nor need argue with a man who says, “Rice is unwholesome, but I’m not saying this is true.” I feel also that the surrender of the claim to truth has all the air of an expedient adopted at the last moment. If the Naturalists do not claim to know any truths, ought they not to have warned us rather earlier of the fact? For really from the books they’ve written, in which the behavior of the remotest nebula, the shyest photon and the most prehistoric man are described, one would have got the idea that they were claiming to give a true account of real things. The fact surely is that they nearly always are claiming to do so. The claim is surrendered only when the question discussed in this chapter is pressed; and when the crisis is over the claim is tacitly resumed.

In raising this issue with those who deny the existence of God, I’ve noticed a kind of two-step dance that is performed, moving back and forth between rationalism and irrationalism.

Atheists will begin the discussion as veritable champions of rationalism. “We must be rational. We must adhere to the rules of evidence and the laws of right thinking. This is why we cannot accept all this superstitious nonsense about God and Christ and people rising from the dead.”

But as soon as you show them that on the basis of their materialist worldview, they have no grounds for trusting the validity of their thoughts, nor can they even account for the existence of the laws of logic by which they would reason and hold you accountable to reason, they switch from rationalism to irrationalism and respond, “But of course, ultimately, this is a chance universe and no one can know anything for sure.”

Of course the moment the conversation is over, as Lewis points out, they move from irrationalism back to rationalism and continue thinking, reasoning, and reading as though there was no problem.

Ultimately, materialism reduces to complete skepticism. If the atheist were consistent with what he says is true about the nature of the world, he would abandon reason altogether.

Ironically, to even argue against God’s existence the atheist is forced, in a sense, to first presuppose God’s existence. What I mean is that if he wishes to use the weapons of mind, ideas, reason, and logic to attack belief in God’s existence, he must first borrow those weapons from a worldview that can account for them.

These weapons simply cannot be forged in the factory of materialism.

Coming Soon: How I Evangelize Those Who Doubt or Deny the Existence of God, Part XIII