The Recalcitrant Imago Dei:
How I Evangelize Those Who Doubt or Deny the Existence of God, Part II 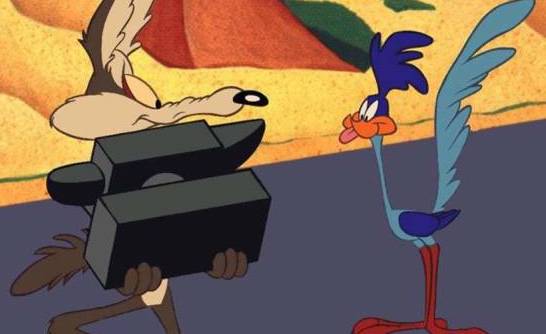 This is part of an ongoing series from Ken Hensley. Read Part I

The Search for Happiness

I was a lowly student at Fuller Theological Seminary in Pasadena, CA in 1981 when I first heard what seventeenth-century mathematician and philosopher Blaise Pascal had to say about happiness and the never-ending search for happiness.

All men seek happiness. This is without exception. Whatever different means they employ, they all tend to this end… This is the motive of every action of every man, even of those who hang themselves” (Pensees, # 425).

Even those who hang themselves are seeking happiness?

This is the motive of every action of every man?

I will admit Pascal’s words struck me as some of the strangest I’d ever read. At the same time, they struck as being self-evidently true. In everything we do, we are seeking happiness.

Of course, most of us never find it and wind up complaining over and over again that what we imagined would bring us happiness, didn’t. So what’s the problem? Where is happiness to be found?

Pascal goes on to talk about this in the same context.

All complain, princes and subjects, noblemen and commoners, old and young, strong and weak, learned and ignorant, healthy and sick, of all countries, all times, all ages, and all conditions…. What is it, then, that this desire [for happiness] and this inability [to find it] proclaim to us, but that there was once in man a true happiness of which there now remain to him only the mark and empty trace, which he in vain tries to fill from all his surroundings, seeking from things absent the comfort he does not receive from things present… But these are all inadequate, because the infinite abyss [inside us] can only be filled by an infinite and immutable object, that is to say, by God Himself.

From the moment I read this passage, I’ve never again been quite able to fool myself into thinking I would be happy “if only”…  If only I had enough money or celebrity or adventure or power or pleasure. I recognized that Pascal was putting his finger on a desire, a hunger, a thirst, deeper than could ever be satisfied in this world.

Of course, what Pascal says here about the “infinite abyss” within each of us that can only be filled by an “infinite and immutable object” explains why so many who seem to have everything one could want in this world remain desperately unhappy.

It also makes the claims and promises of Jesus come vividly alive. While every other religious figure in history has pointed others toward an idea or a path – “This is the way to find peace! Follow this road!” – what did Jesus say?

I am the bread of life; he who comes to me shall not hunger, and he who believes in me shall never thirst (John 6:35).

I became convinced all the way back in seminary that the key to my spiritual growth would be the recognition (a) that in everything I do, I am seeking happiness, and (b) that only in God will I ever find the happiness I’m seeking. It’s all about union with God and becoming in that union everything God created me to be.

Having been mulling these truths over for some fifteen years, you can imagine my “happiness” in discovering that the Catechism of the Catholic Church actually begins with this same truth.

No kidding. Open the Catechism to Part One, Section One, Chapter One and note the first heading “The Desire for God.”

The desire for God is written in the human heart, because man is created by God and for God; and God never ceases to draw man to himself. Only in God will he find the truth and happiness he never stops searching for [Paragraph 27].

I tend to look at evangelism as the work of reminding others of things they have, for whatever combination of reasons and motives, forgotten. And why not? After all, being the very image and likeness of God (Gen 1:26,27), and living in a world that both day and night cries out the existence of God (Psalm 19:1-4), Scripture teaches us that at some deep level everyone knows Who we’re talking about (Rom 1:18-23). Everyone knows they’re made for something beyond this world. Everyone knows there’s something ‘alien’ about them.

Now, the best evangelistic method is for us to be living illustrations of this truth we seek to share. Humbling, I know. But this is surely the secret of the profound effect Jesus had on people. His very presence reminded them of the God whose image they bore, and of the answer to their continual search for happiness.

It’s the same with all the great saints of history. By their example, they reminded everyone of what they were really looking for.

But reminding others of who they are and where happiness is to be found can also take the form of specific arguments.

In particular, when it comes to doing apologetics with those who deny the existence of God, I like to think of apologetics as the fine art of putting my finger on the tension that exists between who the person I’m speaking to really is as the image and likeness of God, and who he would be if atheism were true; between what he knows to be true as God’s image and likeness and what would be true if God did not exist.

For instance, I believe my atheist friend knows that moral absolutes exist. He certainly lives as though they did. And yet if atheism were true, there would be no moral absolutes.

And thoughtful atheists admit this all the time. For example, atheist philosopher Michael Ruse writes:

Morality is a biological adaptation no less than are hands and feet and teeth. . . . Morality is just an aid to survival and reproduction. . . . Morality is an ephemeral product of the evolutionary process. . . . It has no existence or being beyond this and any deeper meaning is illusory (“Evolutionary Theory and Christian Ethics,” The Darwinian Paradigm, 262-269, emphasis added).

I believe my atheist friend knows that he is more than electrochemical processes taking place in a brain. And yet, if atheism were true… well, to quote atheist molecular biologist Francis Crick,

You, your joys and your sorrows, your memories and your ambitions, your sense of personal identity and free will, are in fact no more than the behavior of a vast assembly of nerve cells and their associated molecules (The Astonishing Hypothesis: The Scientific Search for the Soul, 3, emphasis added).

Chances are my atheist friend believes that human beings possess the unalienable right to life, liberty and the pursuit of happiness and yet, if there is no Creator to endow such rights, they simply do not exist.

There’s no space here to elaborate on all the ways in which what the atheist says he believes about the nature of the material world, and of himself as an accidental product of the material world, is in inescapable tension – even contradiction – with what he knows to be true as the image and likeness of God. These are but a few examples.

The Anvils of our Better Natures

We speak of a child who stubbornly refuses to do what he is told as being a “recalcitrant child.”

In his wonderful book The Recalcitrant Imago Dei: Human Persons and the Failure of Naturalism, philosopher J.P. Moreland talks about what he refers to as “recalcitrant facts.” A recalcitrant fact, he explains, is a fact that stubbornly refuses to be assimilated within one’s worldview. It’s an uncooperative fact, a fact that doesn’t fit. It’s a fact that resists explanation and therefore serves as evidence that the worldview in question might not be true. No matter how hard you try, the recalcitrant fact just sits there. Like an anvil in the throat, it simply won’t “go down.”

Moreland then goes on to illustrate in a number of ways how the human person is the recalcitrant fact that will not allow itself to be assimilated by the naturalist worldview held by most modern atheists.

He argues that the most basic, fundamental aspects of our being and experience as human persons – meaning, value, morality, personality, free will, consciousness, mind, rationality – utterly resist explanation in terms of a naturalist worldview.

Naturalism, as a worldview, cannot account for what Francis Schaeffer referred to as the “mannishness of man.”

In other words, because my atheist friend is the image and likeness of God, it turns out that he is himself the strongest evidence that his worldview isn’t true. He is the anvil in the throat of naturalism.

With this in mind, the question I like to keep front and center when discussing the truth of the Christian worldview with someone who doubts or denies the existence of God is the very question atheist philosopher of mind John Searle asks:

There is exactly one overriding question in contemporary philosophy. . . . How do we fit in?. . . . How can we square this self-conception of ourselves as mindful, meaning-creating, free, rational, etc., agents with a universe that consists entirely of mindless, meaningless, unfree, nonrational, brute physical particles? (Freedom and Neurobiology: Reflections on Free Will, Language and Political Power,4,5).

Because in so many profoundly fundamental ways, we human beings simply do not “fit” into a purely naturalistic view of the world, my prayer is that as my atheist friend wrestles with Searle’s question and attempts to answer it in terms of a consistent philosophical naturalism, he will be reminded of truths he has forgotten.

My hope is that the “haunting hands of memory,” to borrow a line from Bruce Cockburn’s song The Charity of Night, will “pluck silver strands of soul,” and that my friend will find that he does not really believe what he has said he believes.

Up next: How I Evangelize Those Who Doubt or Deny the Existence of God, Part III