The Emperor’s New Clothes:
How I Evangelize Those Who Doubt or Deny the Existence of God, Part VIII 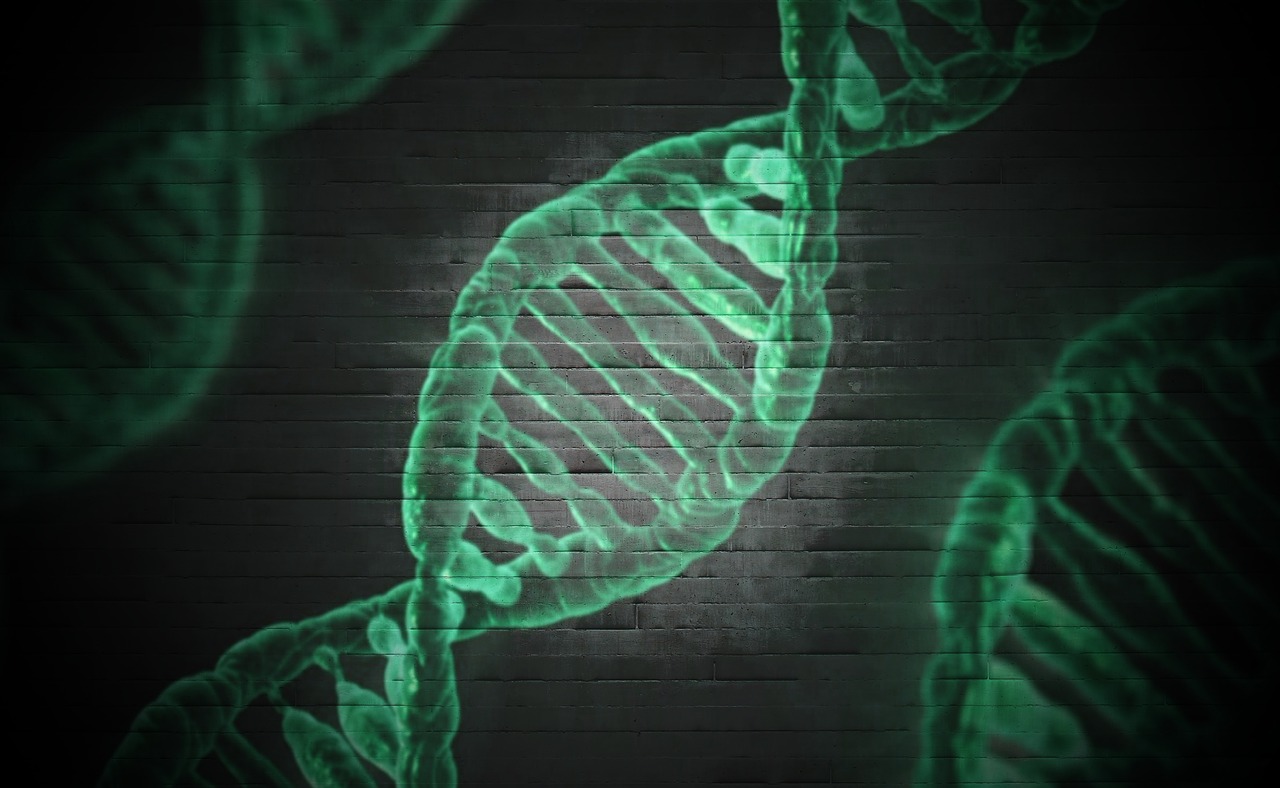 A couple years back, at my son’s instigation, I watched the HBO series “True Detective.” It stars Matthew McConaughey and Woody Harrelson as Rust Kohle and Marty Hart, homicide detectives for the Louisiana State Criminal Investigations Division.

The two are working together for the first time, investigating a gruesome occult murder. They’re driving along the highway, making small talk, getting to know one another.

Suddenly, I find myself listening to the most philosophically interesting conversation I’ve ever witnessed in a TV show.

Marty: “So what do you believe?”

Rust:  “I consider myself a realist, but in philosophical terms, I’m what’s called a pessimist…. I think human consciousness was a tragic misstep in evolution. We became too self-aware. Nature created an aspect of nature separate from itself. We are creatures that should not exist by natural law.”

Rust: “We are things that labor under the illusion of having a self, this accretion of sensory experience and feeling, programmed with total assurance that we are each somebody when, in fact, everybody’s nobody.”

Rust: “I think the honorable thing for the species to do is deny our programming, stop reproducing, walk hand in hand into extinction, one last midnight, brothers and sisters opting out of a raw deal.”

Marty: “So what’s the point of getting outa bed in the morning?”

Rust: “I tell myself I bear witness, but the real answer is that it’s obviously my programming, and I lack the constitution for suicide.”

I wonder if the first episode of a television series has ever begun with such an interesting – a depressing – conversation.

And of course the most depressing thing about the conversation is that if atheists like Richard Dawkins are correct, and you and I are nothing more than material beings with no spark of the divine within us, the evolved products of a wholly material universe, then… well, Detective Kohl is absolutely right! In that case, we really are “things that labor under the illusion of having a self . . . programmed with total assurance that we are each somebody when, in fact, everybody’s nobody.”

By the way, this isn’t something this particular Catholic apologist alone is saying; this is something prominent atheist philosophers and scientists are saying – because it follows necessarily from their materialist-naturalist worldview.

Take Daniel Dennett, for instance. Dennett has written extensively on the subject of human consciousness, and viewed from a purely materialist point of view, his conclusion is that consciousness is a “bag of tricks” the brain plays on us.

Human consciousness is a fiction, he says. It’s an illusion.

It’s a case, he explains, of electrochemical processes in our physical brains making it seem as though there is this “self” that is somehow “separate” from these physical processes, but is really not.

Our brains, he insists, make it seem as though we “see” the color yellow, seem as though we “hear” the music of Bach, seem as though we “believe” in God, and “intend” to learn to play the piano, and “remember” that time at the lake so many years back, when in reality there is nothing going on but electrochemical processes, the firing of neurons and so forth.

We have souls, the good professor assures us, but they’re not what we imagine them to be. Rather, our souls are trillions of “cellular robots,” little biochemical machines, each doing what it must do in accordance with strict, physical laws.

Our souls are made of matter.

A clever critic commented that when it comes to Dennett’s view of human consciousness, it’s sort of like the story of the emperor’s new clothes – except in the reverse. Rather than the emperor having no clothes, according to Dennett the clothes have no emperor! All the appearances of a human person are present, but the human person is really not. There really is no “self.”

Dennett’s response to this analogy? “Exactly!”

A Vast Assembly of Nerve Cells


Lest you think I’m constructing a straw man, here, I should point out that professor Dennett isn’t by any means alone in his affirmation of Detective Kohl’s bleak view of the human person.

Molecular biologist Francis Crick is even more blunt in his elimination of… well, of us: “You, your joys and your sorrows, your memories and your ambitions, your sense of personal identity and free will, are in fact no more than the behavior of a vast assembly of nerve cells and their associated molecules.”

Let these words and images sink in: “You . . . are in fact no more than the behavior of a vast assembly of nerve cells and their associated molecules.” Ponder their implications.

This is what a consistent materialist worldview entails. If the worldview held by atheists like Dawkins, Dennett and Crick is true, even our sense of personal identity—my sense of being “me,” your sense of being “you”—is nothing more than an illusion generated by electrochemical activity in the brains sitting in our respective skulls.

Here we are dressed in our finest human garments. Everyone can look and see our lovely personalities, listen as we express our ideas and feelings, hopes and fears, enjoy our sense of humor, empathize with our personal struggles, celebrate our happiness. And lo and behold, there’s actually no one there. It’s just machinery.

I must admit that I can’t read these men without wondering how they look at those they love. Do Dennett and Crick really believe, for instance, that their children are nothing more than biological machines? That their individual personalities and unique expressions, their joys and sorrows, their memories and ambitions, their sense of humor—that everything they are as persons is “no more than the behavior of a vast assembly of nerve cells and their associated molecules”? Do they really?

“But you haven’t proved anything!”

The primary complaint I hear about these articles is that I haven’t “proven” anything – at least not yet.

“Sure,” some have said, “you’ve shown that a consistent materialist has no basis in his worldview for believing that human beings have intrinsic worth above all other created things. Or grounds for believing in an objective moral law. Or for believing in unalienable human rights. Or for holding that life has transcendent meaning. And now, you’ve demonstrated that a consistent materialist has no basis for even believing that his sense of personal identity is anything more than chemistry, that human consciousness is anything more than an illusion generated by activity in a brain.

“You haven’t demonstrated that atheism is false.”

And I firmly believe that being confronted with the bleak implications of the atheist-materialist worldview can persuade many that there must be more. It can open them to the Christian worldview. It can be a form of evangelism.

Evangelizing Those Who Are Nobody

I remember a game we used to play as kids in the neighborhood swimming pool.

You would push an inflated ball under the water, sit on it and pretend you were just magically suspended there in the water. Lots of fun. Of course, keeping oneself balanced required constant attention, as the ball naturally wanted to pop up. It was an inherently unstable situation. And of course, there was always a friend there you could count on to stick his foot out and kick at the ball. It would go popping up as you went crashing down into the water.

This illustrates the method of evangelism I’m describing in this series. I view my atheist friend as living in a continual intellectual/moral/existential tension between what he as the image and likeness of God cannot entirely escape knowing to be true, and what his atheism requires him to say is true.

These are truths that God has etched into the soul of my atheist. He knows these truths and, for the most part, lives as though he believed in them. The only problem is, on the basis of his worldview, he cannot account for any of them as being true.

What he knows to be true as the image and likeness of God is in conflict with what his atheism requires him believe.

In other words, he’s like that guy in the swimming pool sitting on an inflated ball and working to keep it from popping up. I’m like the guy sticking his foot out and gently, lovingly working to kick the ball out from underneath him.

My goal is to lead my friend to see that on the basis of his stated worldview, he cannot make sense of even the most fundamental and basic aspects of his experience as a human being.

Yes, some are willing to accept the implications of their atheism and boldly announce with Detective Kohl: “We are things that labor under the illusion of having a self, this accretion of sensory experience and feeling, programmed with total assurance that we are each somebody when, in fact, everybody’s nobody.”

Others, when faced with the implications of their disbelief in God, may wish to entertain second thoughts.

Up Next: How I Evangelize Those Who Doubt or Deny the Existence of God, Part IX