The Problem of Human Worth:
How I Evangelize Those Who Doubt or Deny the Existence of God, Part III 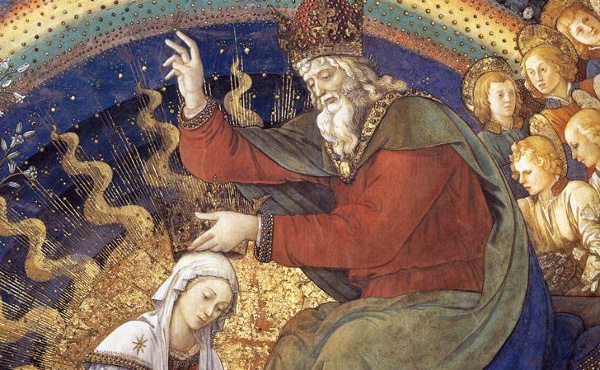 This is part of an ongoing series from Ken Hensley. Read previous installments: Part I Part II

July 2002. I remember hearing the terrible news. An explosion had ripped through a coal mine in Pennsylvania and nine miners were trapped 240 feet underground in a dark, partially flooded mineshaft.

Immediately, an astonishing rescue effort was launched. Assets of every sort were brought in. No expense was spared. For three days Americans sat glued to their TV sets as engineers drilled a narrow shaft the entire distance down to the trapped miners. If they miscalculated the angle and failed to intersect the area where the men were waiting, it would be too late to start again.

Finally, news came that they had reached the men. As they were brought up alive, one by one, the entire nation celebrated. It was impossible to remain unmoved. Nine miners we’d never seen before and didn’t know from Adam.

A billboard appeared in Pennsylvania that simply read, “God gave us a miracle!”

Value, Dignity and the Christian Worldview

It’s clear that we share a universal intuition and strong belief in the unique value of human life. We speak very naturally of people possessing “inherent” value, “high” and “equal” value. We talk about the “dignity” each person “deserves.” We use words like “priceless” to describe human lives. This is simply how we very naturally think and speak.

And of course the biblical worldview makes sense of our experience in this regard. If God exists and we have been created in his image and likeness, then we do possess unique value among created beings. In other words, the Christian worldview provides a metaphysical basis and foundation for what we seem to intuitively know to be true.

In accord with the Christian worldview, the truth of our value and dignity as human persons is something God has written on our hearts and etched into our very beings. It’s something we simply know to be true.

But what if the worldview of the modern garden-variety atheist is true? What if you and I really are nothing more than very complicated biochemical machines that appear for a moment, gears spinning, and then disappear forever? What if we really have come from nowhere and are going nowhere? What if we really are nothing more than the product of an entirely impersonal material universe, that we don’t have souls, that we aren’t spiritual beings at all?

What becomes of inherent  value and dignity, then?  Well, it would be an illusion. It would not be true.

Objectively speaking, in a naturalist universe we would have no more inherent value than any other aspect of nature. The only “value” we would possess would be what others were willing to grant us in our few moments on this earth.

And of course this is something consistent atheists admit all the time.

As Darwin clearly recognized, we are not entitled—not on evolutionary grounds, at any rate—to regard our own adaptive behavior as ‘better’ or ‘higher’ than that of a cockroach, who, after all, is adapted equally well to life in its own environmental niche (Created from Animals, p. 70).

Here is how Ingrid Newkirk, president of PETA describes the situation in an atheist universe:

Animal liberationists do not separate out the human animal…. A rat is a pig is a dog is a boy. They are all mammals (Vogue Magazine, September 1, 1989)

Take a moment to read these quotations a time or two. Allow their meaning to sink in. This is consistent naturalism. This is what is simply true if there is no God and we are merely the accidental products of nature.

Indeed, it would be “speciesism” and a crime against nature to assign different values or rights to individuals based on the species of which they are members. After all, we’re all the accidental products of an accidental universe.

The Implications of Atheism

Is there any way to escape this implication of the naturalist worldview?

Is there any way to justify our thinking of human beings as possessing inherent, high and equal value – a value inherently “higher” than that of rats and pigs and dogs and cockroaches — without believing in God’s existence and our having been created in the image and likeness of God?

James Rachels readily admits that the Judeo-Christian doctrine of man’s creation in the image and likeness of God may be the only foundation there is to support such an idea. With the rejection of the biblical worldview, he writes,

The traditional supports for the idea of human dignity are gone….They have not survived the colossal shift of perspective brought about by Darwin’s theory…. [A] Darwinian may conclude that a successful defense of human dignity is most unlikely (Created from Animals, pp. 171-172, emphasis added).

The Problem of “Equal” Value

So much for inherent value and high value, what about “equal value?”

We all say yes to this. Whether we believe in God or not, everyone believes in treating people as though they possessed equal value and dignity. But can an atheist justify this belief on the basis of the worldview he holds?

Atheist philosopher Joel Feinberg has spent time thinking through this exact question from a naturalist perspective. Since people quite obviously have inequalities of “merit” — inequalities of gifting, talent, ability, personality, character, inequalities in the contribution they make to society — why is it, he asked, that we seem to have this universal intuition and strong belief that each human being possesses “equal value” and should be treated with “equal dignity?”  Why do we believe this and strive to practice it?

His conclusion was that this intuition and belief, however common it may be, has no grounding or basis whatsoever in the natural world. It seems to be some kind of irrational and unjustifiable attitude we share, a subjective feeling that everyone has equal value, when in fact they don’t (see J.P. Moreland, The Recalcitrant Imago Dei: Human Persons and the Failure of Naturalism, pp. 144-145).

Now, this is no “proof” of God’s existence. But not everything convincing has to be a proof.

Our near-universal intuition and strong belief in the inherent, equal and high value of human persons is not a proof of anything. But it is a powerful argument for our being more than mere accidents of nature. And talking about how deeply we believe in the worth of human persons, and the tension that exists between this belief and what would be true if there were no God, can open the door to the most interesting of conversations.

It can be a powerful evangelistic tool. After all, your atheist friend is the image and likeness of God and knows that human beings possess inherent, high and equal value. He knows this. Because of this, it’s going to bother him to be told that he has no foundation for this belief in his naturalist worldview and that if he wants to hold his atheist views with consistency, he will need to abandon the idea. When he finds that something he feels to his bones to be true stands in contradiction to his stated worldview, it’s going to bother him, and I would pray, open him to another worldview.

Up Next: How I Evangelize Those Who Doubt or Deny the Existence of God, Part IV