The Elimination of Knowledge:
How I Evangelize Those Who Doubt or Deny the Existence of God, Part X 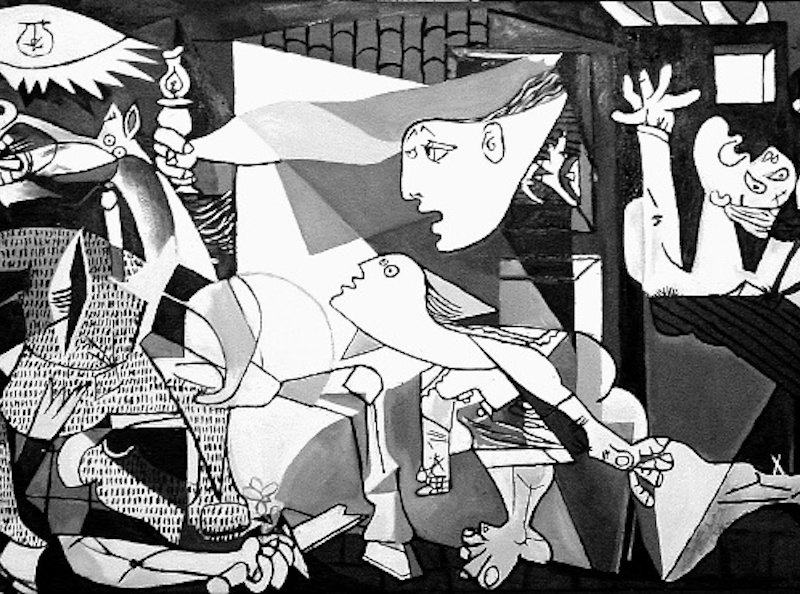 There is exactly one overriding question in contemporary philosophy: How do we fit in? … How can we square this self-conception of ourselves as mindful, meaning-creating, free, rational, etc., agents with a universe that consists entirely of mindless, meaningless, un-free, non-rational, brute physical particles? (John Searle, Freedom and Neurobiology, pp. 4,5)

The questions atheist philosopher of mind John Searle asks here are precisely the questions we’ve been asking in this series. How do we fit into the atheist-materialist view of the world? How exactly does the materialist “square” the conception we have of ourselves with what he tells us about the nature of the world in which we live?

Our method in this series has been to listen to what atheist philosophers and scientists say but also to climb into the materialist worldview and examine it from the inside. What are the logical implications of an atheist-materialist worldview? What would naturally and necessarily follow if it were really true that there is no God, no human souls, no spirits, nothing but “mindless, meaningless . . . brute physical particles”?

So far we’ve looked at a number of issues — human worth and dignity, human rights, morality, meaning and purpose, consciousness, and free will — and what we’ve seen is that atheism cannot “square” the conception we have of ourselves in any of these areas with materialism. The only way he can make us “fit in” is to eliminate everything about us that cannot be reduced to brute physical particles, to declare everything else to be “illusion.”

If God exists and we are His image and likeness, then we do possess a uniquely high and equal value, then moral absolutes do exist, then inalienable human rights are real, then there is transcendent meaning and purpose to life, then human consciousness and free will are not merely tricks our brains are playing on us.

If there is no God, all of this is illusion.

And since these beliefs constitute such fundamental aspects of our conception of ourselves and of our world, simply leading our atheist friend to see how his atheism reduces these beliefs to the status of illusion can be a powerful evangelistic tool.

How so? Think with me through the following four steps.


And of course there is no shortage of atheists insisting that this is the case. For instance, Paul Churchland writes:

The important point about the standard evolutionary story is that the human species and all of its features are the wholly physical outcome of a purely physical process. If this is the correct account of our origin, then there seems neither need nor room to fit any nonphysical substances or properties into our theoretical accounts of ourselves. We are creatures of matter. (Matter and Consciousness, p. 21)

2. But if all of our features are the wholly physical outcome of purely physical processes, where there is neither need nor room to fit any nonphysical substances or properties into our theoretical accounts of ourselves, then our thoughts and ideas and even the process of reasoning must be material realities as well.

Our minds seem to us to be the exact opposite of matter.

We talk about “mind over matter.” When I said to my grandson Johnny the other day what parents and teachers from the beginning of time have been saying, “Slow down and use your brain!” I assumed some kind of distinction between Johnny and Johnny’s brain. In fact, I conceived of Johnny’s brain as something Johnny can “use” if only he will slow down and think.

For example, our minds take in sensory impressions, sort them out, organize them, and abstract from them “ideas.” We can reason inductively, from the particular to the general, as well as deductively, from the general to the particular. We can develop unbelievably complex lines of thought. We remember, we intend, we wonder, we believe, we exaggerate, we lie, we see humor in things. Induction, deduction, ideas, memories, intentions, beliefs, lies — these do not seem to be material things.

Believing this to necessarily follow from materialism, atheist philosopher Pierre Jean Georges Cabanis said that the brain produces thoughts and ideas in much the same way that the stomach and bowels “produce digestion” or the liver “filters bile.” Charles Darwin described thoughts as “excretions” of the brain.

Sounds insane, but it follows naturally — inescapable, in fact — from a consistent materialism. Once you’ve said, “nothing exists” but matter and material reality, what else could thoughts be?

Remember that the physical universe is conceived by materialists as a closed system of physical causes and effects. It is deterministic by nature. But if we, our minds, and even our thoughts and processes of reasoning, are a part of this closed system of physical causes and physical effects, then what takes place in our “minds” must be as determined as anything else in the material universe, for instance, the direction of a shadow cast by the sun at any given moment.

According to the consistent atheist-materialist, the processes which produce our thoughts are processes governed solely by the laws of chemistry and physics. With this worldview in mind, it was perfectly reasonable for George Wald, chemistry professor at Harvard University, to comment, “400 years ago there was a collection of molecules named Shakespeare, which produced Hamlet.” Notice Wald speaks of a collection of molecules “which” produced Hamlet, not “who” produced Hamlet.

4. But if all this is the case and everything you and I think is produced and determined by physical processes taking place in our brains, why should we trust our thoughts to be “true” or anything we have in our heads to be properly describable as “knowledge”?

I mean, we certainly don’t use the word “true” to describe the excretions of the liver. We don’t think of the results of any deterministic physical process as being “true.” And if thinking is an entirely physical activity in which our very thoughts are determined by electrochemical processes in the brain, the firing of neurons, central nervous system activity and what not, why should we think of the “conclusions” of this process as being “true”? Why should we think of what winds up being excreted by our brains as constituting “knowledge”?

If materialism is true, it seems to me that we cannot know that it is true. If my opinions are the result of the chemical processes going on in my brain, they are determined by the laws of chemistry, not those of logic (The Inequality of Man, p. 162).

Contemporary Christian philosopher J.P. Moreland uses the analogy of a computer to make the same point. Would you trust the printout of a computer to be giving you “true” information, he asks, if you knew in advance that it had been programmed not by a rational mind but by some combination of random forces (say hail striking the keyboard left out in a storm) and mindless physical or chemical laws?

If mind emerged from matter without the direction of a superior Intelligence … why should we trust the deliverances of the mind as being rational and true, especially in the mind’s more theoretical activities? (Do We Have Souls? Lee Strobel Interviews J. P. Moreland)

Physical Laws and Laws of Thought

The point being made here is subtle and can be difficult to grasp, but the essence of it is this: There are laws that determine sound reasoning and ensure that conclusions reached are “true,” but they are not like the laws that describe physical realities, for instance, the laws of thermodynamics or gravity. Rather they are laws of thought.

Take the classic example of a simple logical syllogism:

In other words, there is an “ought-ness” to logic whereby if one accepts that all men are mortal, and accepts that Socrates was a man, then one “ought” to accept the conclusion that Socrates was mortal. One is in fact driven to this conclusion, but by laws of thought rather than by physical or chemical law. The conclusion follows “necessarily” from the premises. But again, this “necessity” is a logical necessity; it’s not a physical necessity. In the process of reasoning through this syllogism, the moves the mind makes from premises (a) and (b) to conclusion (c) are logical moves.

Now here’s the problem Haldane and Moreland are pointing to. If materialism is true and everything that takes place is determined by physical laws operating within a universe in which nothing exists but material substances, then premise (a) All men are mortal is an electrochemical reaction taking place in my brain, an “excretion” if you will, something physically produced by my brain. And so is premise (b) Socrates is a man. Both are produced by physical forces.

Which leads me to want to ask: how in the world is it that excretions (a) and (b) “ought” to lead to a third excretion (c) Socrates is mortal? I can understand how a particular physical event can lead necessarily to another physical event, and then to a third. But in this case, we have three physical events, each of which the materialist would insist have been determined by physical laws, for some reason coming into existence in obedience to non-material laws of thought!

How do the chemicals in my brain know that it’s “logical” to perform the next reaction and produce the next thought?

When the laws of chemistry and physics are running the show, how is it that an immaterial law of logic can suddenly be determining what the next electrochemical excretion will be?

The Elimination of Knowledge

In closing, it does no good for the atheist to say, “Well, these are all interesting conundrums you pose, but the bottom line is that our brains seem to work just fine at coming to true knowledge, as is quite obvious from our ability to send rocket ships to Mars and heal diseases and create iPhones and so much more.”

It does not good for the atheist to offer this as an answer to the problems I’ve raised. After all, maybe the reason we have true knowledge it that materialism isn’t true. Maybe it’s because the mind is more than matter and our thoughts are more than the product of chemical reactions in our brains. Maybe that’s why we can have knowledge of truth.

In short, it does not make sense to talk about knowledge and truth within a materialist worldview. We should rather say that the brains of atheists excrete atheist thoughts and the brains of theists excrete theistic thoughts, all of it determined by physical laws operating within those various brains, and that’s all there is to it.

In the end, it seems to me that materialism eliminates the validity of human thought and thus the possibility of knowledge.

By its insistence on reducing all reality to material and seeing everything as determined by immutable material laws, materialism is self-refuting. If materialism were true, we could know nothing at all, including the fact that materialism was true. Materialism refutes itself.

So beyond responding, “Well, somehow it seems to work OK!” how do atheists deal with this serious challenge to its very existence as a rational worldview? Stay tuned.

Coming Soon: How I Evangelize Those Who Doubt or Deny the Existence of God, Part XI

Ken is a well-known Catholic speaker and author on staff with CHN. To subscribe to his personal email list and check out his many recorded talks on Catholic apologetics, visit his website at kennethhensley.com.