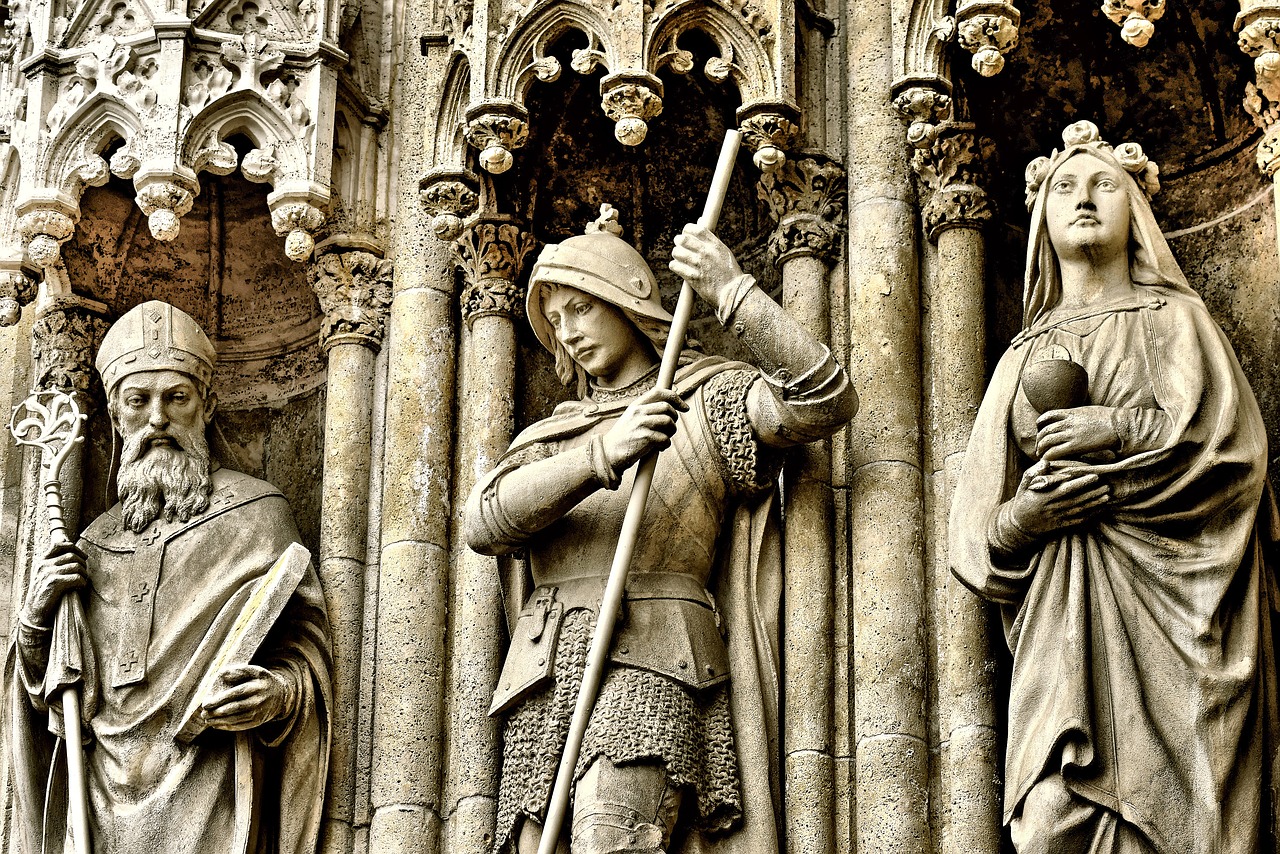 I am Catholic because of the witness of Catholics, especially the witness of Saint Augustine, Saint Francis of Assisi, Saint Thomas More, Blessed John Henry Newman, Saint Maximillian Kolbe, Saint Padre Pio, Saint Teresa of Calcutta, Saint John Paul II, Benedict XVI and Mother Angelica. There are others but these have had the strongest influence on me. To the person they gave their lives to Christ and lived courageously for Him and His Church. They were faithful — and the one still living is faithful — to the purpose given them, despite, by human reckoning, the impossibility of their task or their extreme suffering, or, for Thomas More and Maximillian Kolbe, the certainty of execution.

We need examples of persevering Christians because every person falters and stumbles. Who among us doesn’t experience seasons of spiritual dryness and times of sickness, confusion, and sorrow during which we question God’s concern? Who doesn’t know what it is to be treated unjustly if only in small matters, though for some Christians in matters of tremendous import? Nothing could be more natural and needed than for struggling Christians to look to Christians, past and present, who have gone through trials of every kind. That is why we can thank God for surrounding us “with so great a cloud of witnesses.”

No one knows how many people have found hope and solace in Augustine’s Confessions and The City of God. That Augustine, one of the greatest theologians of all time, struggled with carnality and groped his way through a morass of confusion and worldliness should emerge as one of the great saints provides hope for every believer. His vision of a Christ-centered life gives the reader the conviction that such a life, with its spiritual rewards, can be one’s own.

Francis of Assisi captured my imagination too long ago for me to remember the year. I continue to see in him a man willing to abandon the attractions of a comfortable life to follow Christ ruthlessly and humbly. His reaction to the outrage of his father and to the disgust of his native city was not one of anger, but of praise to God and the determination to follow Jesus in severest poverty. Who remembers Francis’ father’s name? Almost no one. But Francis is revered on every continent for his simplicity and courage and love for God and the beauty of God’s creation. He was married to the Gospel. His unswerving purpose was to proclaim the Gospel by word and deed, and he did so until there was nothing left in him to give. He spent his life — literally, gave it away to friend and stranger — so that everyone he encountered would know that Christ’s love is unconditional. I can hardly think of Francis without wanting to cry or dance or run out into the streets to sing and shout the love of Christ. Those of us who know the restrictions of the iron suit of conformity (worn for fear of being thought a fool) know also how liberating Francis’ abandonment of pride can be. The thirteenth-century Church was in desperate need for holy fools and reformers. Francis was both. Not like the angry Martin Luther who ranted in the coarsest imaginable language and whose prejudice against Jews was appalling. Francis’ love extended to every person and to all God’s creatures, even to the elements of Nature: Brother Sun and Sister Moon, fire and water and wind and rain. He was regarded in his own lifetime as an alter Christus. Charity, simplicity, humility, and courage were his spiritual garments that made beautiful his rough and tattered clothing.

I have loved Francis for many years. In his faith I find many reasons to examine my own and to pray for the grace that would make me more like Christ.

In any context, courage is virtually on the same footing as integrity and kindness, and in a Christian context, courage is their equal because without courage neither integrity nor kindness can have its full play. Courage gave Sir Thomas More and Father Maximillian Kolbe the ability to face their foes with the calmness and dignity of Christ. Either man could have chosen silence and kept his life. Neither did. Their sense of justice did not allow a coward’s passivity. Both were executed: More because he would not compromise his Christian convictions regarding divorce and Henry Tudor’s break with Rome, and Kolbe because he volunteered to be executed in the place of a fellow prisoner who had a wife and children. In other words, Kolbe went to a starvation hut out of charity for a man he hadn’t known before imprisonment, and More was beheaded because he would not be intimidated by Henry VIII’s temper, lust, and power. Such courage sustained More and Kolbe and sustains the martyrs of today in the Middle East and Africa and Asia and wherever Christians are threatened by groups who find holiness repellant. God knows how much Christians need courage, not just in Syria and Iraq and Iran and Nigeria, but in the United States and Europe.

And what Christian could not find inspiration in Saint Padre Pio? It was he who persevered in the faith when his health was horribly compromised, when some in the church’s hierarchy considered him a fraud, and when he suffered from the wounds of the stigmata and extreme fatigue. What inspires me is that with so many crosses laid on him, Padre Pio went forward humbly and steadfastly doing what he was ordained to do. Who could not find such faith uplifting?

Saint Teresa of Calcutta surely remains the most admired woman of our time. Why? Because she was faithful to Christ’s call on her life, a vocation of uncommon sacrifice in which she was daily exposed to the most ghastly conditions a human being can encounter in the diseased and homeless and dying not only in the streets of Calcutta but wherever her Missionaries of Charity serve. Her total rejection of the unnecessary elements of materialism reflected the rejection which distinguished Saint Francis. In contrast to Teresa’s embrace of poverty, we are tempted in a thousand ways to embrace a culture obsessed with the display of wealth and the addictive pursuit of pleasure. Few things could be more un-Christlike. Saint Teresa’s life was the opposite of such values, and the world took note, and still does. If I had ever met her, I would have knelt at her feet.

Up Next: Twelve Reasons a Protestant Pastor Became Catholic – The Eleventh Reason