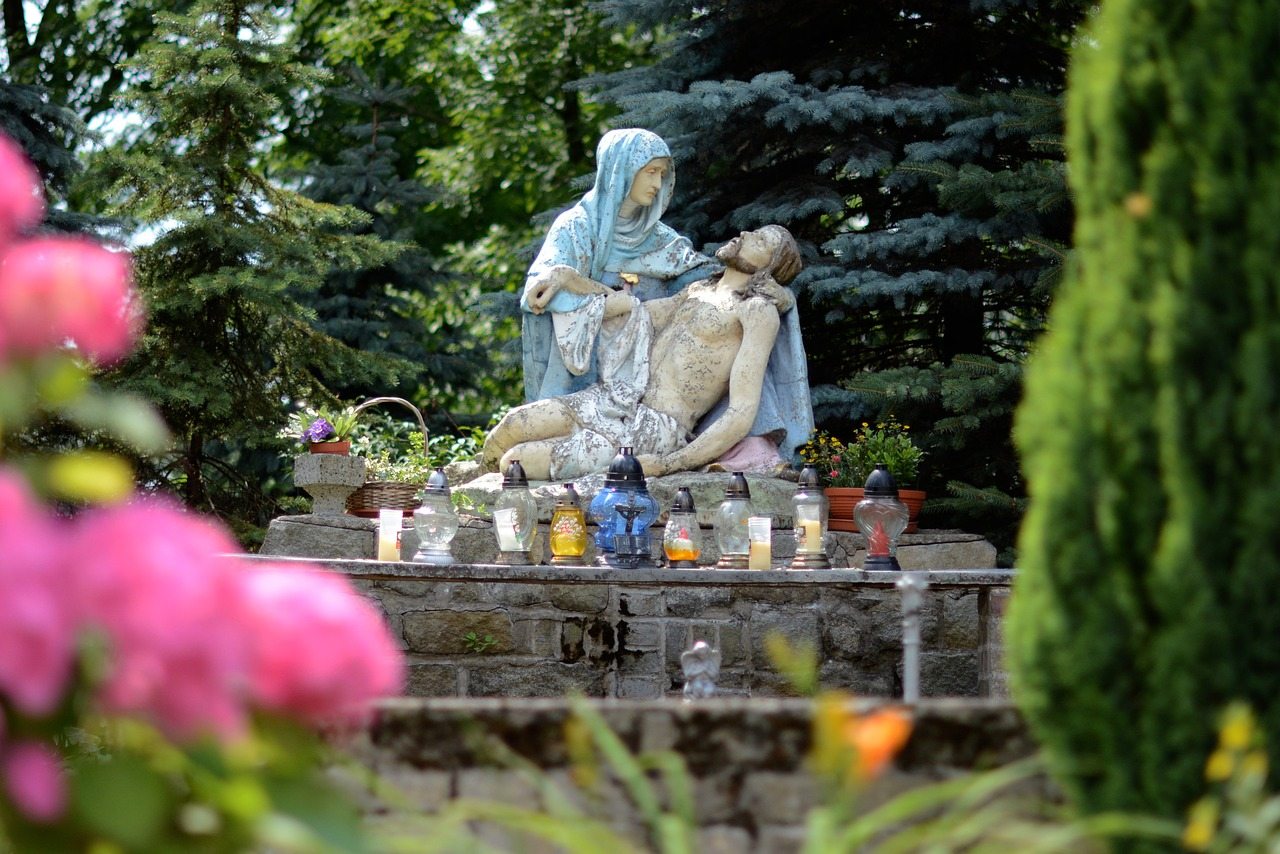 The following is part of an ongoing series by Dr. Norman McCrummen.  We’ll be publishing another one of his reasons every week, so stay tuned!  Read previous installments: Introduction – First Reason – Second Reason – Third Reason – Fourth Reason

I am Catholic because after decades of ignoring the Mother of our Lord, I came to understand why she is loved by hundreds of millions of Catholics.

Every Protestant knows that the Catholic Church has a deep devotion to the Blessed Mother, but it remains a point of confusion on the part of Protestants as to why the Mother of our Lord is venerated. (The Church has never condoned the worship of Mary.) The confusion is covered with layers of misunderstanding about “the communion of saints” and the pre-eminence of Mary due to her unique role in salvation history. Misunderstanding has been exacerbated by hostility to Mary among certain groups because she represents for them the whole problem of Catholicism; the problem being why she receives the attention she does, why she is adored, why she is petitioned as often as she is, and why she is so often found in the iconography of the Church.

On the other hand, it puzzles Catholics why Protestants find Mary so problematic given her singular role in God’s salvific plan for the world, a role not difficult to grasp (to be human, Jesus needed a human mother) but always awe-inspiring.

Let’s recall the above discussion about the communion of saints. Those in heaven stand face to face with Jesus; therefore, why would we not petition them to intercede for us? I think the answer has been stated plainly enough. So, let’s move specifically to the person of Mary, the pre-eminent saint.

The incarnation of the Second Person of the Trinity is a cornerstone of the Christian Faith, for were it not for the incarnation — God taking fully the form of a human being — there would have been no atonement on the cross for the remission of sin. According to the gracious plan of the Father, an unblemished lamb was required to atone for the sins of humanity, and that perfect Lamb was, by the Father’s choosing, His own Son. No ordinary animal or a mere human being who, being a sinner, could be the spotless Lamb of atonement. Only God the Son could fulfill the divine requirement. But of course Christ had also to be fully human in order to truly die so that the atonement would be complete.

Now we begin to grasp the unique role of the Blessed Mother. It was she who was chosen by the Father to give Christ His humanity. It was Mary who was chosen to carry the Lamb of God in her womb; to suckle the God Child, to bathe Him, to prepare His meals, to teach Him to walk, to comfort and console Him, and to give Him what every child and youth needs, a mother’s love and wisdom.

Mary’s responsibility was the greatest given to any human being in history. She was not just a vessel or a birth canal by which Christ came into the world. She was the human being who gave Jesus Christ the humanity necessary for Him to fulfill His atoning purpose. As the Redeemer’s mother, she was charged to be the best mother in human history, and even before her birth, the Holy Spirit — literally, her Spouse — prepared her to be just that: the mother of mothers, the Second Eve, the Messiah’s teacher, His first and perfect disciple, and finally, to be our intercessor.

I’m reminded how often I hear that so-and-so is a “real intercessor,” meaning that he or she has the gift of intercessory prayer. Hmm, how wonderful. But why are the same people not talking about Mary as the “real intercessor?” She who suckled the God Child, who prompted Him to perform His first miracle at Cana, who was with Him at the Cross and found Him resurrected on that first Easter — why is she not the intercessor every Christian would want to turn to? Well, through the centuries many millions have. Why all Christians do not is a mystery.

It is true that during the Middle Ages, and later in certain parts of the world, there were Christians who took devotion to Mary to such an extreme that it appeared she usurped the place of Jesus in their practice of faith. That unfortunate occurrence explains why the Reformers and their followers, while not throwing out the Child with the bathwater, certainly threw out the mother. Correctives often go too far.

Martin Luther, interestingly, did not have hostility toward the Blessed Mother, but the Reformers in Switzerland did, and they tried to do everything possible to all but erase her. (Impossible to do, which they would have admitted, since the birth narrative was an integral chapter in the story of salvation.)

Mary’s life, her faith, words, and actions, should be carefully studied by every Christian because she is the perfect role model for Christians. It was she who submitted to the request of the Father to be the Mother of the Messiah. Think on it: Mary, young, unworldly, innocent, pure, unmarried, of “low estate,” it was she who was asked to do what no woman had ever done. If she had fled in bewilderment and fright, who could have faulted her? But her reply to the divine request is the watchword for every earnest Christian: “Let it be with me according to your word.” Her response was total submission to God’s request. Did she understand everything being asked of her? The immensity of the responsibility? The request was so colossal, so unprecedented, so very history-changing that it’s doubtful that she could have fully understood the implications; nevertheless, she submitted. That’s the point.

God’s hope and expectation for us is the same. Submit. Trust. Follow. Especially when the future is unclear and circumstances are confusing and sometimes frightening. Submit. Trust. Follow. How do we submit and trust and follow when life (when God!) asks so much of us? It helps greatly to remember Mary’s response, her submission and trust; as well as to remember that Mary always points to Her Son. We can also take heart in remembering that the Son of Mary is also the Son of our Father God, and that what the Son promises cannot be broken. In that truth we find our confidence.

I find inspiration in looking to Mary in the scriptural account of her trust in the power of her Son as was demonstrated at the wedding feast at Cana. When all the wine had been drunk, and the host and servants were suddenly very anxious, Mary looked to Jesus to solve the problem, saying to the servants, “Do whatever He tells you.”

Mary continues to point us to Jesus who mercifully tells us what He would have us to know. Read the Gospels. Read the Sermon on the Mount (Matthew 5–7). His directives and promises are clear. And His mother continues to say, “Do whatever He tells you.”

Among mortals, she is the disciple, model, and intercessor without equal.