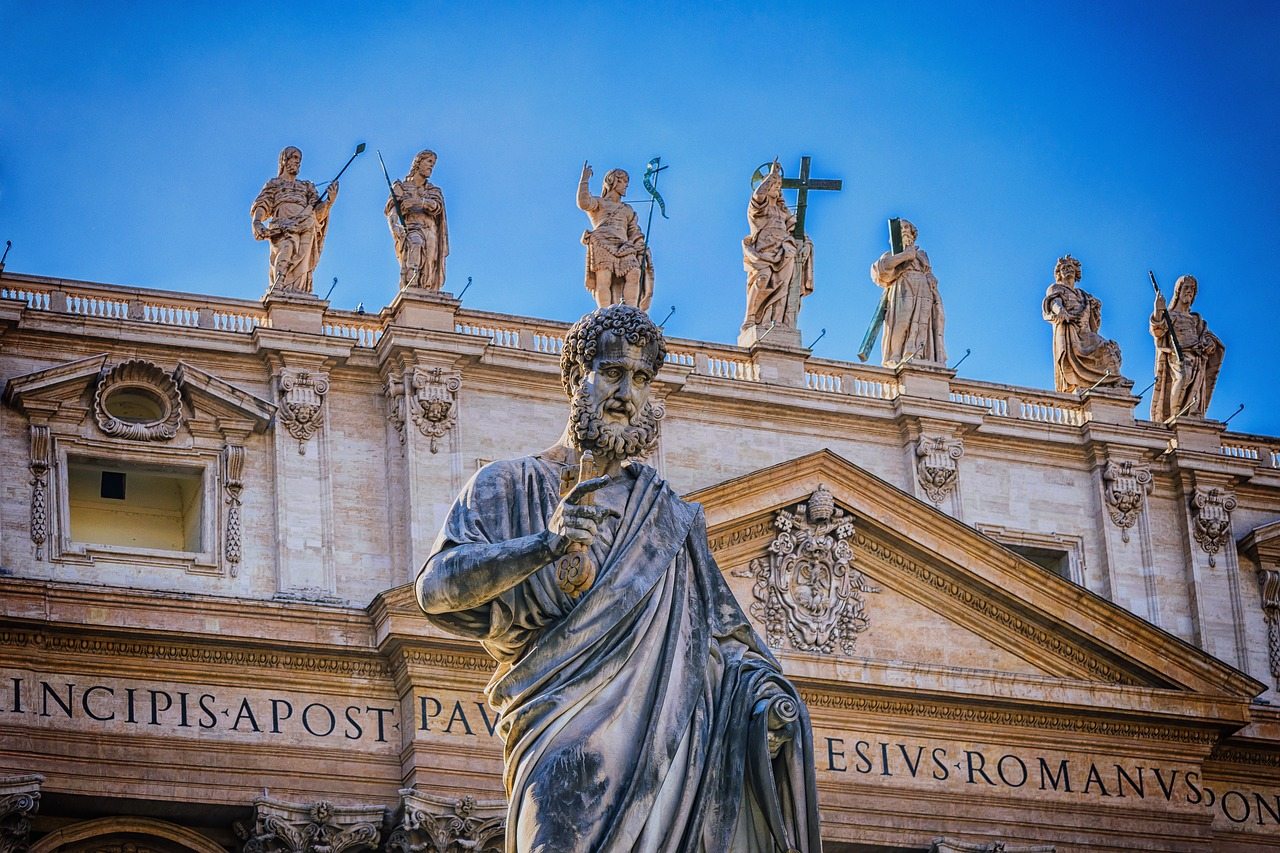 The following is part of an ongoing series by Dr. Norman McCrummen.  We’ll be publishing another one of his reasons every week, so stay tuned!  Read previous installments: Introduction – First Reason – Second Reason – Third Reason – Fourth Reason – Fifth Reason

I am Catholic because God’s truths are protected by the Magisterium of the Church. In the Catholic Church, God’s truths are not up for a vote to be either diluted or dismissed (in order to accommodate the changing mores of culture). Truth is what the Church received, preserves, teaches, and proclaims. Truth is what God the Father first gave to Israel (and the entire world through the Natural Law). Truth was given with supreme generosity through the Son of God. Truth is Jesus whose life, teachings, death, and resurrection fulfilled the Law and gave to humanity the assurance that we are loved unconditionally.

Jesus said: “I am the way, the truth, and the life.” The Magisterium safeguards the assurance that if one earnestly seeks the way to the Father (responding freely to His prevenient grace), then the Holy Spirit will bring the seeker to Jesus, to His Church and to the sacraments. In the embrace of the Church, the seeker learns to live as Jesus said to live: to love without reservation; to forgive fully; to pray for one’s enemies; to give to those who ask; to help the stranger in need; and to find our Savior in the poorest of the poor, the sickest of the sick, the hungry and the homeless, and in the prisoner.

The Magisterium, composed of the Church’s bishops, is charged by Christ to protect and to proclaim these truths. It has done so for almost two thousand years. Whether a person is Catholic or not, every Christian is indebted to the Magisterium for defending and proclaiming God’s revealed truth; for correcting heresies with truth; and for teaching that to be a Christian is to live in imitation of Christ.

While Protestant denominations correctly believe the same truth has been given to them, the reality is that being independent, such bodies can vote (and some have voted) to dismiss Scriptural doctrines which oppose the prevailing customs of the society in which their churches exist. There have been times when Protestant churches have voted to preserve God’s truth as revealed in Scripture, but there have been others, some very recently, when they voted to reject them outright. The tragedy is, they have that power.

I clump all Protestant denominations into the category of independent because while many would not see themselves as such (because in several Protestant denominations there is a hierarchy and all property is held in trust by the denomination), they are in fact independent insofar as they have divorced themselves from the Church established by Jesus and have given themselves the power to change their constitution even when such changes are in opposition to Scripture. Furthermore, there are churches and denominations which are exceptionally independent because they have no overseeing authority whatsoever, save that of the pastor. There are no deacons. No elders. No bishops. Just a pastor who decides on an interpretation of Scripture and teaches it in conformity to his or her theology; such a pastor governs the church as he or she sees fit. Period.

There are between thirty and fifty thousand Protestant denominations worldwide. A hundred years from now, that number could increase by half. How many theologies will they represent? How many autocrats will govern independent churches, some small, some large? With what theology will the congregations be taught? (To say that the Bible will be taught, and that’s enough, is simply not truthful, for no one teaches and interprets the Bible apart from a theology, whether the teacher or preacher recognizes the fact or not. To teach and preach is to express an opinion of what the Scriptures mean. That opinion is a theology held by the teacher or preacher. But what theology is the question.)

The Magisterium is the sixth reason I became Catholic.

Up Next: Twelve Reasons a Protestant Pastor Became Catholic: The Seventh Reason