I Never Wanted to be a Minister’s Wife Anyway! 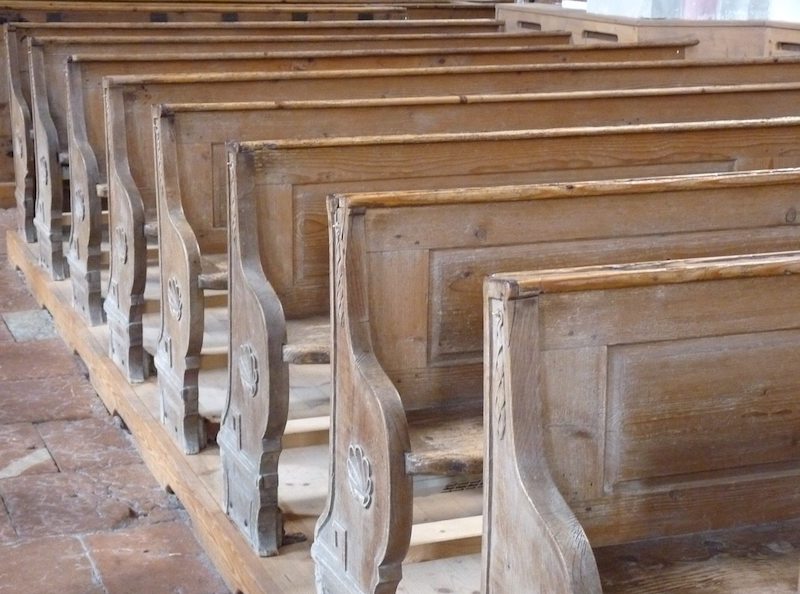 “I never wanted to be a minister’s wife anyway!” This was the tongue-in-cheek remark I made at the first Coming Home Network gathering in 1993. The statement had definitely been true until I met my husband-to-be at the Second Presbyterian Church of Newark, Ohio. Only a few months before, I had returned to the church — I had not been attending any church at all. There, Marcus was the new assistant minister and singles group coordinator.

I was a “baby” Christian struggling to live as one, becoming increasingly aware of my sinfulness as well as my inability to make the needed changes. I was also working in the field of alcoholism as an educator and counselor. As I sent people to Alcoholics Anonymous, I knew I needed a spiritual recovery as much as many of my clients.

A friend in our singles group gave me a verse that made sense but was difficult to apply: “Delight in the Lord, and He will give you the desires of your heart” (Ps 37:4). So I began praying every day while running or when I’d wake up in the middle of the night. I received counseling from the minister who later married Marcus and me, and during a torturous two years of struggle and backsliding, I desired to turn my life completely over to God.

I was miserable and, for most of my adult life, I had been living “my way.” I had “looked for love in all the wrong places,” so I really wasn’t sure I knew how to recognize it when it was available. I became more involved in the church, thinking that teaching high school Sunday school and things like that were reasonable requests from God. But marrying a minister? That was too much to ask.

The string of relationships behind me also made me feel completely unworthy of such a role. I finally prayed the prayer, “Lord, not my will, but Yours. If You want me to be single, that will be fine.”

Suddenly, I was completely released from a relationship at my workplace that I believe Satan had been using to keep me almost immobile. Soon after, God seemed to take a “two by four” to both Marcus and me, and we became engaged.

Three months later, after much reminding from my fiancé that “you are a new creation in the Lord,” we were married. (I didn’t even have to attend a school for ministers’ wives-to-be.)

Life As a Pastor’s Wife

Wow, was married Christian life a rewarding, exciting roller coaster ride! And with many challenges, too. I became the director of a crisis pregnancy center, and our first child, JonMarc, was born the day after our first anniversary. Hallelujah, being a mother was the ultimate!

Just living with Marcus has always been interesting. He’s always full of creative and sometimes scary ideas. I quickly learned that I need not get overly excited with every new idea. Usually, I prefer things to stay the same.

When we moved from our small country church in central Ohio to a large Evangelical congregation in northeast Ohio, I thought, this is it! This active, vibrant church was quite appealing, and with buying a house, my roots were down for at least ten years (or so I thought). Being a minister’s wife was actually quite fun. I was free to do whatever I wanted: teach Sunday school, redecorate the nursery, and develop relationships with many like-minded people.

Then Marcus got a bizarre idea. Being restless about his ministry as well as issues in our Presbyterian denomination, he decided to incorporate his science background into his present career by studying bioethics. He left his pastoral position to study fulltime while we also began looking at other denominations that might be a better fit.

We both had become discouraged about how certain issues were handled at higher levels of our denomination: abortion, inclusive language, and more. Little did I know how much effect some of Scott Hahn’s tapes had had on Marcus. Leaving our church was a great disappointment to me and to many in the church — it had only been a year and a half since we had started there.

Marcus was now driving to Cleveland each day to Case Western Reserve University, while I was caring for our preschooler and our newborn, named Peter (of all names). Isolation was beginning to take place, since we still lived in our old neighborhood near our church and friends, who didn’t understand what we were doing, and neither did I. We were church hopping for a summer while Marcus was studying, not just genetics, but everything he could get his hands on about the Catholic Church.

Miraculously, we both found ourselves open to the truths of the Catholic Church, and much was making sense that never had before. We had never thought in our wildest dreams about this historic Church, which, at least to me, had always been one of myths and misguided people. Marcus rather quickly came to the point where he felt he could no longer be a Protestant, but neither of us felt that we could actually become Catholics.

When we began attending Mass, it was awful: The parish churches seemed so cold and unfriendly; there were no welcoming Sunday school programs or nurseries for the little ones. The worst part came at the distribution of the Eucharist. I would just want to break down and weep or run. Without having dealt with the issue of the Eucharist, I intuitively knew that here was the pivotal difference.

Even though Marcus stated that the kids and I were welcome to continue attending the Presbyterian Church, we did not want to go to separate churches on Sunday mornings. Fortunately, we discovered a parish across town that resembled many Protestant churches: They were a little friendlier, with coffee and doughnuts afterwards, and provided CCD for children. (It felt like Sunday school.)

These rather superficial things actually helped a lot as I was making the transition into the Catholic world. So each Sunday, we would drive tearfully past our old church as we became more convinced about what we might have to do.

Then we ran into a most unexpected hurdle. Marcus and I decided we would give the RCIA (Rite of Christian Initiation for Adults) class a look. But we backed down for two reasons. First, we were not quite ready for the world to know of our leanings toward the Catholic Church, and some of our classmates in RCIA were from our neighborhood. Second, we realized that even if we completed this class, we were at least temporarily ineligible to enter the Church because of a marital commitment I had made in my early twenties.

Well! Maybe here was an issue that would save us from the Church! We never dreamed we would face such an obstacle. We angrily thought of many worse sins we could have committed that would not have prevented us from becoming members of the Catholic Church.

After much pondering and prayer, we soon realized that this requirement of obtaining an annulment was yet another great reason for seeking this traditional Church and her teachings. I initially had been attracted to the Catholic Church because it seemed to be the only one that held fast to those things that serve to strengthen and preserve families. So many other denominations had become lax toward abortion, contraception, divorce, and more.

So I swallowed my pride and took my first big, submissive step, bowing to the awesome power and majesty of the authority of the Church. We really did it together, because Marcus was there, so supportive, at every stage of the process. The annulment process turned out not to be as daunting as I had imagined. Rather, it was a blessing to both of us and our marriage.

Nine months later, after we had moved to Steubenville, Ohio (a pretty good place to learn to be Catholic), we were informed of the decree of nullity. Within a month, on December 20, 1992, not only we were received into the Church at St. Peter’s parish, but we also had our marriage blessed with a re-exchanging of vows and rings. What a joyous occasion we shared with many new friends!

So Marcus isn’t now known to many as Reverend. But I’m glad that I was a pastor’s wife for a time. And I am eternally thankful that our entire family is enjoying the riches of the one, holy, Catholic, and apostolic Church.

Marilyn Grodi is the wife of Marcus Grodi (see the previous chapter), the founder and president of The Coming Home Network International. Over the years, she has devoted much of her time to homeschooling their three sons, JonMarc, Peter, and Richard, and now enjoying her grandchildren.

This story appears in the book Journeys Home, edited by Marcus Grodi (CHResources, rev. ed., 2011). To order the book, click