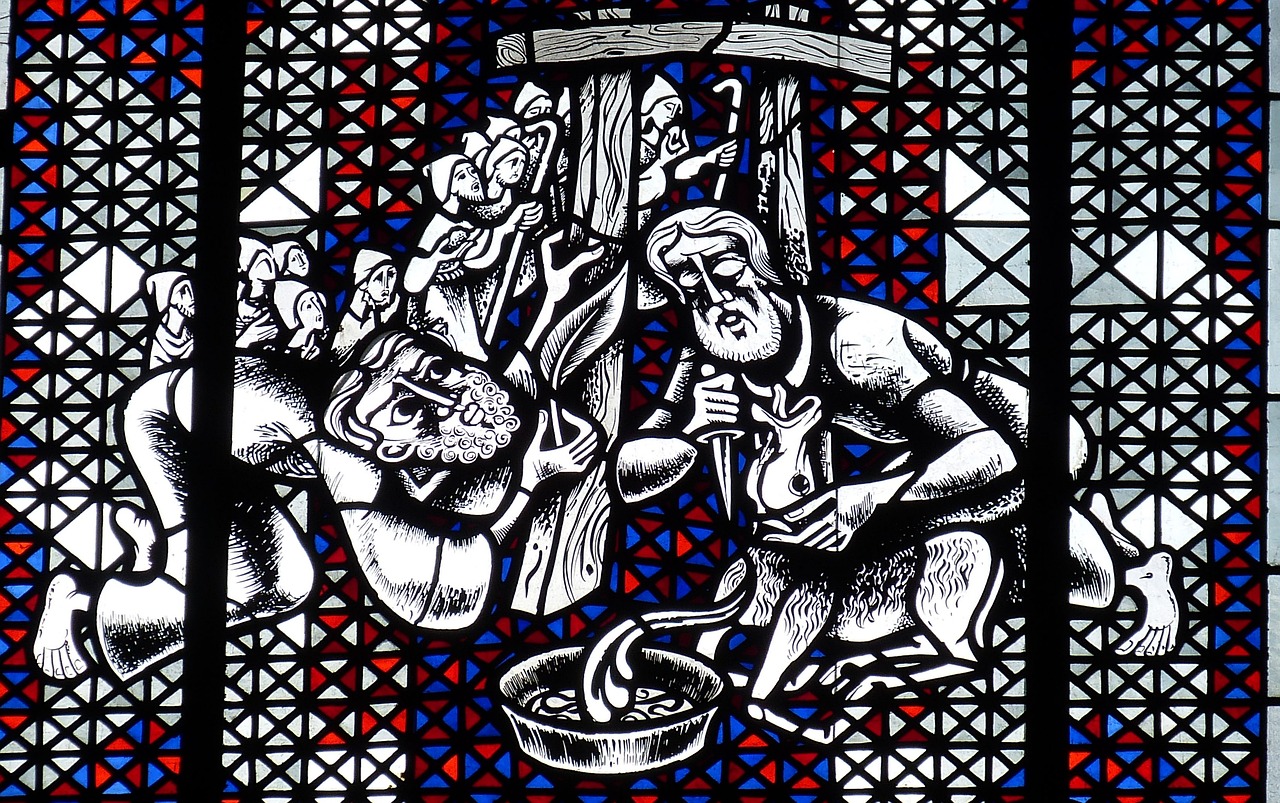 This article is part of an ongoing series. Part I Part II Part III

As I mentioned in the last installment, I would like to compare six Old Testament themes from the Exodus event to their deeper meaning as given by the New Testament writings.

Exodus – In the Exodus event, we see how God sent Moses to deliver the people of Israel from slavery in Egypt by working miracles and bring them to the Promised Land (see the Book of Exodus).

New Testament – From the New Testament, we know that God sent His Son Jesus to free us from the slavery of sin, and by His death and the greatest of all miracles, His resurrection, opened heaven for us.

When you were slaves of sin, you were free in regard to righteousness. But then what return did you get from the things of which you are now ashamed? The end of those things is death. But now that you have been set free from sin and have become slaves of God, the return you get is sanctification and its end, eternal life. For the wages of sin is death, but the free gift of God is eternal life in Christ Jesus our Lord. (Romans 6:20-23)

Exodus – God miraculously fed Israel in the desert with manna.

Then the LORD said to Moses, “Behold, I will rain bread from heaven for you; and the people shall go out and gather a day’s portion every day, that I may prove them, whether they will walk in my law or not. On the sixth day, when they prepare what they bring in, it will be twice as much as they gather daily.” … Now the house of Israel called its name manna; it was like coriander seed, white, and the taste of it was like wafers made with honey. And Moses said, “This is what the LORD has commanded: ‘Let an omer of it be kept throughout your generations, that they may see the bread with which I fed you in the wilderness, when I brought you out of the land of Egypt.’” And Moses said to Aaron, “Take a jar, and put an omer of manna in it, and place it before the LORD, to be kept throughout your generations.” As the LORD commanded Moses, so Aaron placed it before the testimony, to be kept. And the people of Israel ate the manna forty years, till they came to a habitable land; they ate the manna, till they came to the border of the land of Canaan. (Exodus 6:4-5, 31-35)

New Testament – Jesus gives us His Body, the Eucharist, which is the Bread of Life. Jesus says:

Exodus – God establishes the Jewish priesthood with Aaron and his descendants.

Then bring near to you Aaron your brother, and his sons with him, from among the people of Israel, to serve me as priests — Aaron and Aaron’s sons, Nadab and Abihu, Eleazar and Ithamar. And you shall make holy garments for Aaron your brother, for glory and for beauty. And you shall speak to all who have ability, whom I have endowed with an able mind, that they make Aaron’s garments to consecrate him for my priesthood. (Exodus 28:1-4; see all of chapters 28 and 29)

New Testament – At the Last Supper, when He instituted the Eucharist, Jesus established a new priesthood not based on genealogy.

Now if perfection had been attainable through the Levitical priesthood (for under it the people received the law), what further need would there have been for another priest to arise after the order of Melchizedek, rather than one named after the order of Aaron? For when there is a change in the priesthood, there is necessarily a change in the law as well. For the one of whom these things are spoken belonged to another tribe, from which no one has ever served at the altar. For it is evident that our Lord was descended from Judah, and in connection with that tribe Moses said nothing about priests. This becomes even more evident when another priest arises in the likeness of Melchizedek, who has become a priest, not according to a legal requirement concerning bodily descent but by the power of an indestructible life. For it is witnessed of him, “You are a priest for ever, after the order of Melchizedek.” (Hebrews 7:11-17)

Paragraph 1337 of the Catechism of the Catholic Church states:

In order to leave them a pledge of this love, in order never to depart from his own and to make them sharers in his Passover, he instituted the Eucharist as the memorial of his death and Resurrection, and commanded his apostles to celebrate it until his return; “thereby he constituted them priests of the New Testament.”

Exodus – Sacrifice of the lamb is the form of worship.

New Testament – The Sacrifice of the Mass is the Christian form of worship where the perfect Lamb, our Lord Jesus, is offered in a bloodless sacrifice.

Paragraph 1367 of the Catechism of the Catholic Church states:

Exodus – God made a covenant with Israel that was sealed in the blood of lambs.

New Testament – At the Last Supper Jesus made a new and everlasting covenant with us and sealed it in His own blood.

And likewise the cup after supper, saying, “This cup which is poured out for you is the new covenant in my blood.” (Luke 22:20)

Exodus – God orders the remembrance of the Exodus by celebrating each year the feast of the Passover.

Then Moses called all the elders of Israel, and said to them, “Select lambs for yourselves according to your families, and kill the passover lamb. Take a bunch of hyssop and dip it in the blood which is in the basin, and touch the lintel and the two doorposts with the blood which is in the basin; and none of you shall go out of the door of his house until the morning. For the LORD will pass through to slay the Egyptians; and when he sees the blood on the lintel and on the two doorposts, the LORD will pass over the door, and will not allow the destroyer to enter your houses to slay you. You shall observe this rite as an ordinance for you and for your sons for ever. And when you come to the land which the LORD will give you, as he has promised, you shall keep this service. And when your children say to you, ‘What do you mean by this service?’ you shall say, ‘It is the sacrifice of the LORD’s passover, for he passed over the houses of the people of Israel in Egypt, when he slew the Egyptians but spared our houses.’” And the people bowed their heads and worshiped. (Exodus 12:21-27)

And it shall be to you as a sign on your hand and as a memorial between your eyes, that the law of the LORD may be in your mouth; for with a strong hand the LORD has brought you out of Egypt. You shall therefore keep this ordinance at its appointed time from year to year. (Exodus 13:9-10)

New Testament – At the Last Supper Jesus said, “Do this in remembrance of Me,” by celebrating the Eucharist.

For I received from the Lord what I also delivered to you, that the Lord Jesus on the night when he was betrayed took bread, and when he had given thanks, he broke it, and said, “This is my body which is for you. Do this in remembrance of me.” In the same way also the cup, after supper, saying, “This cup is the new covenant in my blood. Do this, as often as you drink it, in remembrance of me.” (1 Corinthians 11:23-25)

In writing this material, I am indebted to Dr. Brant Pitre’s book Jesus and the Jewish Roots of the Eucharist and have drawn on some of his insights in these articles.  Dr. Pitre’s book is one the best I have ever read, especially how he ties Jewish tradition and the Jewish Scriptures regarding the Passover celebration at and before the destruction of the Temple about AD 70, to the Last Supper.

Up Next: The Mass: The Jewish Passover and Temple Sacrifice Fulfilled, Part V