Is Sola Scriptura Scriptural? Part IV: Why do Protestants Embrace it? 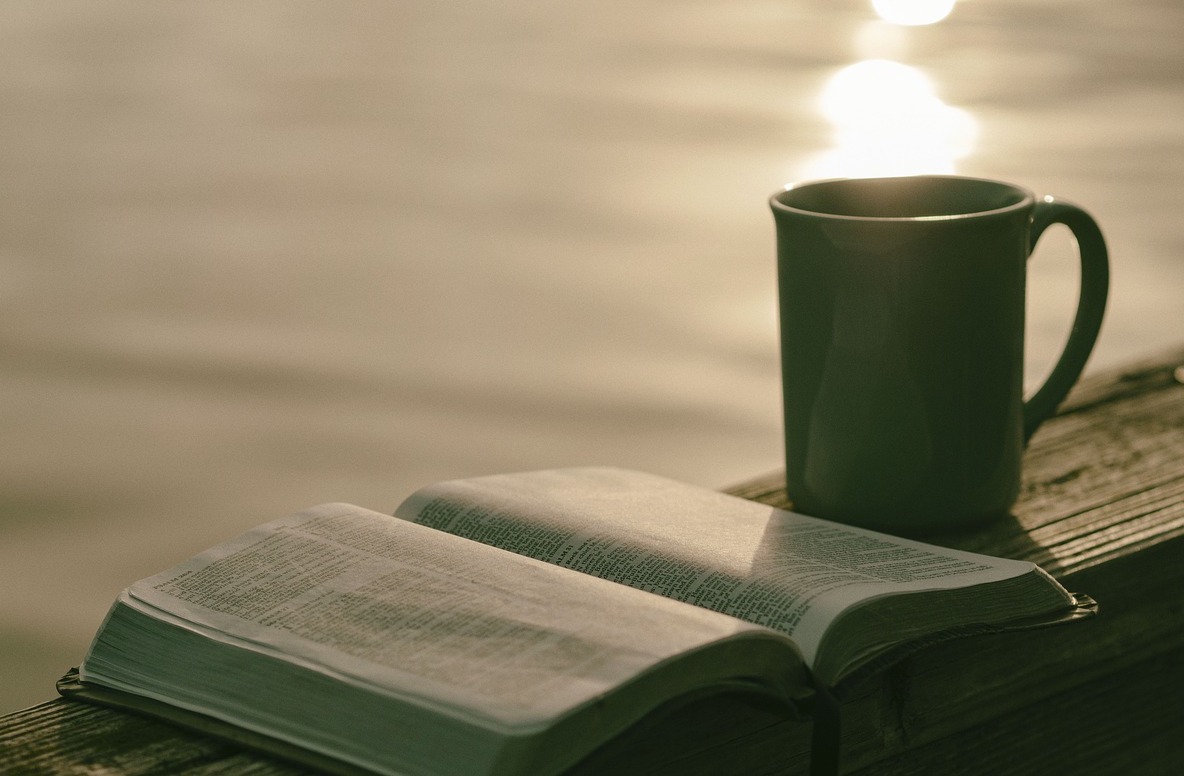 This is part of an ongoing series by Ken Hensley. Read the previous installments: Introduction – Part I – Part II– Part III

It’s a strange question, maybe, but a sincere question, a question I asked myself as it began to dawn on me, while still an ordained Protestant minister, that sola Scriptura simply isn’t taught in the New Testament.

Why did I assume sola Scriptura to be true?

First, a quick review of what is entailed in embracing sola Scriptura. After all, sola Scriptura isn’t one simple idea or belief. It’s a combination of commitments.

To begin, sola Scriptura includes commitment to the idea of Scripture’s “material sufficiency.”

This is the belief that everything the Christian needs to know for faith and practice (doctrine and morals) is contained in the pages of Scripture — if not explicitly, then at least implicitly. Many Catholics accept this as well.

This is the idea that the Bible can function alone in the life of the Christian, because its teaching is clear.

Not only can everything the believer needs to know be found there, it can be found set forth clearly enough that no authoritative Magisterium is needed to define Christian teaching and settle disputes between various opinions.

Sola Scriptura includes a commitment to the idea that Scripture alone is infallible. In other words, no tradition exists, no creed, no conciliar decision, no pope, no pastor or theologian whose teaching can authoritatively bind the conscience of the Christian.

Only the Bible can do that.

4. The Right of Private Judgment

After all, if everything God wants me to know for Christian faith and practice can be found in Scripture (i.e. material sufficiency), and set forth clearly enough that I can find it there and understand it without the need for any authoritative Magisterium (i.e. formal sufficiency); and if in fact only Scripture is infallible and there is no authority on earth that can insist that I accept its interpretation of Scripture, then clearly … I must possess the right, ultimately, to determine for myself what I believe the Bible to be teaching.

And it’s the same for every believer.

No, this isn’t a case of someone who is now Catholic looking back and creating a caricature of what he used to believe as a Protestant. This is simply sola Scriptura fleshed out.

Martin Luther could not have stated more clearly the practical implication of sola Scriptura when he wrote: “In these matters of faith, to be sure, each Christian is for himself pope and church.”

In his letter to Sadoleto, John Calvin enunciated the right of private judgment in these words:

We hold that the Word of God alone lies beyond the sphere of our judgment .… Fathers and Councils are of authority only in so far as they accord with the rule of the Word.

Notice carefully: according to Calvin, the Word of God alone lies beyond the sphere of his judgment.

This sounds like a very natural and humble thing to say — except for one thing: the Word of God has to be interpreted. Someone has to work through the Bible, examining a host of texts touching on a host of doctrinal topics, drawing together the various threads of thought and making decisions as to what is being taught. And who’s going to take upon himself this daunting task? You guessed it!

The “rule of the Word” winds up meaning, in practice: “Calvin’s best guess at the meaning of Scripture.”

The Teaching of the New Testament

It is this combination of beliefs, then — sola Scriptura fleshed out in its full meaning and implications — that I came to believe is simply not taught in either the Old or New Testament.

The Bible is the inspired record of God’s revelation to us and as such it must hold a place of primacy in the life of the Church — and it always has. What I did not see in the Bible — and what the Church has never accepted — is individual believers looking to Scripture alone, deciding for themselves what they believe the true doctrines of the faith to be, and treating all other authorities as subject to their final determination and judgment.

No, I definitely did not see believers living during both Old and New Testament times practicing sola Scriptura.

And then, as I read through the Apostles’ writings, I did not see any of the Apostles speaking as though they believed Scripture should or would ever function as the sole infallible rule of faith and practice for the Christian Church. There’s not a hint of such a mindset.

Instead, Paul talks about believers holding fast to the “tradition” they’ve received “whether by word of mouth or in writing” (2 Thessalonians 2:15, cf. 1 Corinthians 1:11). He instructs Timothy to guard by the Holy Spirit everything he’s “heard” him teach so that he can pass it on to other faithful men (2 Timothy 1:13–14; 2:1–2).

He speaks like someone who believes the substance of his teaching will be preserved in the Church, by the Holy Spirit and through what would later be described as “apostolic succession.”

So why, exactly, had I always assumed the truth of sola Scriptura and embraced it as the foundation of my worldview as a Christian?

As I reflect on my own thinking while an Evangelical Protestant, and the thinking of those around me, I believe the answer is this:

I don’t think there’s a way to get around the fact that, when we read the Gospels, Jesus surely seems to be establishing a Church that will speak with His divine authority.

We see Him breathing His Spirit into His Apostles and sending them out to heal the sick and raise the dead and teach all nations in His name. He promises that the Holy Spirit will lead them into all the truth. Those who listen to them will be listening to Him; those who reject them will be rejecting Him. We witness Him giving to Peter the keys of the kingdom, with the authority to bind and loose on earth. (See John 20:21-23, Matthew 28:18-20, John 16:13, Luke 10:16, and Matthew 16:19.)

Everything about this screams “authority”!

And then, as we read on through the New Testament Epistles, I don’t think there is any way to escape the fact that the Church we see actually functioning in the New Testament — well, it was a Church that spoke with divine authority (see Acts 15).

Here’s the key difference between Protestants and Catholics: Protestants don’t believe this Church exists any longer.

Protestants believe this authoritative Church died with the Apostles, and that from then on the “Church” is something very different, essentially fellowships of believers, gathered around the Bible, doing their best to rightly understand its teaching and put it into practice.

It’s because of what the Catholic Church believes about itself that it speaks in ways that sound unimaginably arrogant to Protestant ears.

For instance, here’s a passage from Dei Verbum, the Dogmatic Constitution on Divine Revelation, from Vatican Council II. In the process of describing the roles that Scripture, Tradition, and Magisterium play in the Church, it speaks of the Magisterium’s exclusive authority to interpret Scripture and Tradition and define Christian teaching in a way that I, as a Protestant, would never have imagined to speak.

Hence there exists a close connection and communication between sacred Tradition and sacred Scripture. For both of them, flowing from the same divine wellspring, in a certain way merge into a unity and tend toward the same end.

Sacred Scripture is the speech of God as it is put down in writing under the breath of the Holy Spirit. And sacred Tradition transmits in its entirety the Word of God, which has been entrusted to the apostles by Christ the Lord and the Holy Spirit. It transmits it to the successors of the apostles so that, enlightened by the Spirit of truth, they may faithfully preserve, expound, and spread it abroad by their preaching.

But the task of authentically interpreting the word of God, whether written or handed on, has been entrusted exclusively to the living teaching office of the Church, whose authority is exercised in the name of Jesus Christ. This teaching office is not above the word of God, but serves it, teaching only what has been handed on, listening to it devoutly, guarding it scrupulously and explaining it faithfully in accord with a divine commission and with the help of the Holy Spirit, it draws from this one deposit of faith everything which it presents for belief as divinely revealed.

It is clear, therefore, that sacred tradition, Sacred Scripture and the teaching authority of the Church, in accord with God’s most wise design, are so linked and joined together that one cannot stand without the others, and that all together and each in its own way under the action of the one Holy Spirit contribute effectively to the salvation of souls.

Never in a million years would I have thought to speak in such terms! All this talk about the apostolic teaching having been transmitted from the Apostles to their successors and preserved by the Holy Spirit within the Church. What? The interpretation of the Word of God being entrusted to the Magisterium?

At the same time, I had to admit that it also sounded an awful lot like what I actually saw in the New Testament Church.

I thought back to the time of the Reformation. Was it a mere coincidence that Martin Luther embraced sola Scriptura and the right of private judgment at the same time that he rejected the authority of the Catholic Church? Not at all.

In fact, whether we look at Luther or Calvin or Zwingli or any of the other Protestant Reformers, it’s the same.

It’s not that these men just happened in the early 16th century to “discover” sola Scriptura as the teaching of the New Testament. Rather, Sola Scriptura is a position they defaulted to as they rejected the idea that there existed any longer on earth the kind of authoritative Church we see in the New Testament.

Well, I couldn’t see sola Scriptura in the New Testament, but what about the early Church? What did the Church in the earliest centuries of Christian history believe about these matters?

This is the question I wanted to pursue next.