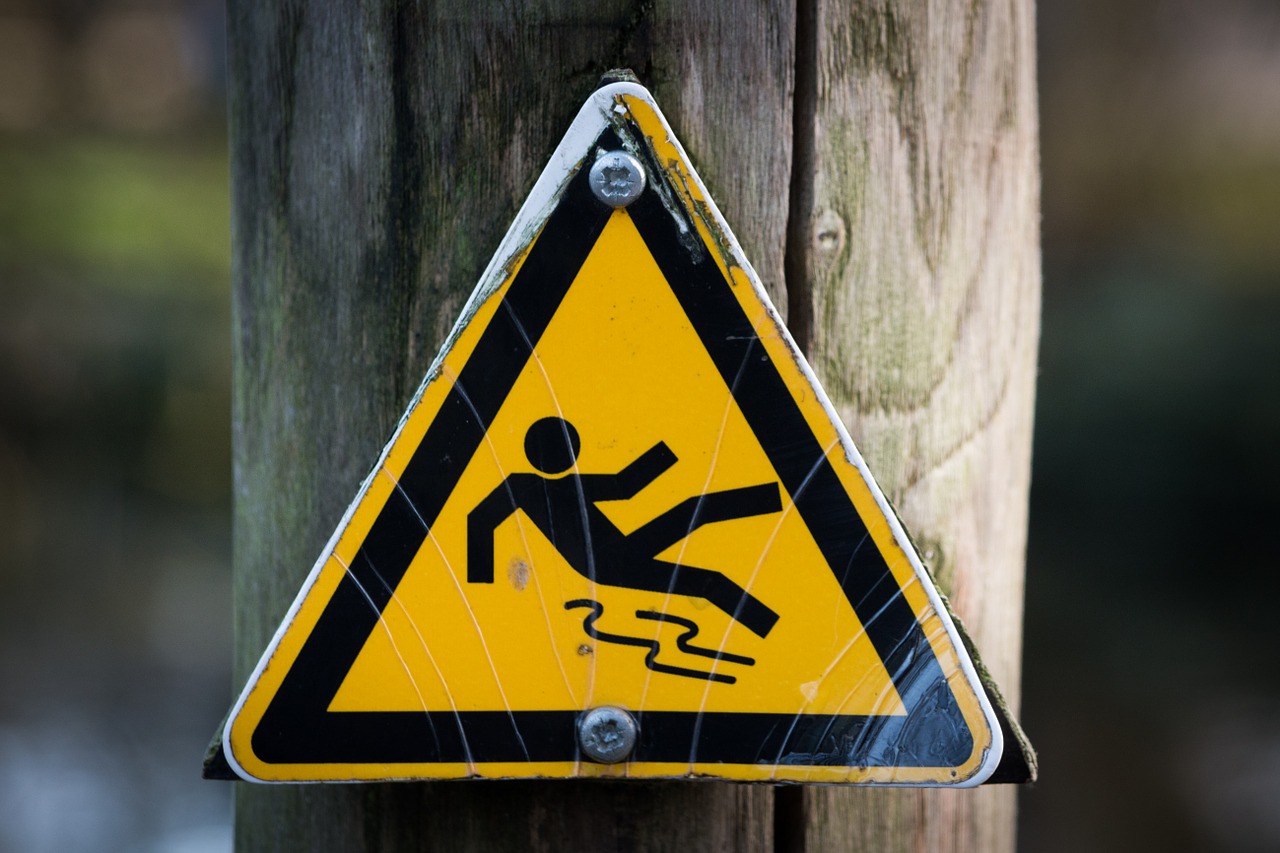 One the greatest Church historians of the 19th century was the German Lutheran scholar Adolf Harnack.

A university professor for decades, Harnack bewailed and bemoaned the ignorance his mainly Lutheran students displayed of the Catholic Church.

I am convinced from constant experience of the fact that the students who leave our schools have the most disconnected and absurd ideas about ecclesiastical history. Some of them know something about Gnosticism, or about other curious and for them worthless details. But of the Catholic Church, the greatest religious and political creation known to history, they know absolutely nothing, and they indulge in its regard in wholly trivial, vague, and often directly nonsensical notions (quoted in Karl Adam, The Spirit of Catholicism, p. 12).

As a former evangelical Protestant minister who has spent the last twenty years studying the Catholic Faith, I can testify that, while Harnack’s assessment is harshly worded, it isn’t inaccurate. The vast majority of modern evangelical Protestants have no idea what Catholicism is, nor do they have a clue as to what the case for the truth of the Catholic Faith might be.

When they think of Catholicism, what most have in their minds isn’t Catholicism at all but a muddle of indistinct ideas, distorted images, mistaken impressions, and absurd caricatures. As to the inner logic of Catholicism as a system of thought, most haven’t the vaguest notion.

I suppose I should quickly point out that the reverse is also true: most Catholics haven’t a clue as to what Protestantism is either! We have ignorance abounding on all sides.

As a Protestant, I, too, had a distorted view of Catholicism. Although I was a serious student of Scripture and theology throughout my years in Bible college, seminary, and the ministry, when it came to Catholicism, like one of Harnack’s wayward students, I indulged “in wholly trivial, vague, and often directly nonsensical notions” about the Catholic Faith.  I had many misunderstandings, misrepresentations, and caricatures.

Becoming Catholic required a rethinking of my entire worldview as a Christian, beginning with the foundation of that worldview.

The Issue of Foundations

One of the first things that struck me when I began discussing Catholicism with knowledgeable Catholics was how exhausting it could be. It seemed there were so many issues about which Protestants and Catholics disagree.

It was hard to even know what to talk about first: baptismal regeneration, infant baptism, justification by faith alone, confession to a priest, the Real Presence of Christ in the Eucharist, or Peter, the keys, and the papacy?

But it was more than merely exhausting. There was something else at play that made the conversations downright confusing.

Although we were both Christians and both believed in Christ and in the inspiration and authority of Scripture, we seemed to be coming at the issues from different places. Not only did we disagree on a number of doctrinal and moral issues; we disagreed on how one should go about deciding the issues!

We seemed like two carpenters measuring the same board, but using different standards of measurement. Or maybe like two people standing on the beach debating the color of the sunset, one wearing rose-colored sunglasses and the other amber-colored.

I had understood for years that the same is true of worldviews. In every worldview — every system of thought — there is some foundational commitment that lies at the bottom and determines the shape of the structure built upon it. This is true of scientific materialism. It’s true of Islam. It’s true of eastern pantheism. It’s true of Catholicism and it’s true of Protestantism.

And the reason the discussion between a Catholic and a Protestant is confusing is simply that the two are operating with different foundational commitments. The two worldviews — Catholic and Protestant — have different methods for determining what is true.

The Foundation of the Protestant Worldview

Norman Geisler and Ralph MacKenzie are two well-respected Protestant scholars. In their book Roman Catholics and Evangelicals: Agreements and Differences they give, I think, a clear statement of what lies at the foundation of Protestantism as a worldview.

By sola Scriptura orthodox Protestants mean that Scripture alone is the primary and absolute source of authority, the final court of appeal, for all doctrine and practice (p. 178).

In other words, within the Protestant system of thought the answer to the foundational question of authority is Scripture alone.

This is the key idea. As Geisler and MacKenzie recognize, however, there’s more entailed by sola Scriptura than merely stating that the Bible will serve as “the primary and absolute source of authority, the final court of appeal, for all doctrine and practice.” They explain:

A good bit of confusion exists between Catholics and Protestants … due to a failure to distinguish two aspects of the doctrine: the formal and the material.

Sola Scriptura in the material sense simply means that all the content of salvific revelation exists in Scripture. Many Catholics hold this in common with Protestants, including well-known theologians from John Henry Newman to Cardinal Joseph Ratzinger (Pope Benedict XVI).

What Protestants affirm and Catholics reject is sola Scriptura in the formal sense that the Bible alone is sufficiently clear that no infallible teaching Magisterium of the Church is necessary to interpret it (pp. 178-180, emphasis added).

In the words of Geisler and MacKenzie:

The Bible — nothing more, nothing less, and nothing else — is all that is necessary for faith and practice (p. 178)

This is the foundation of the Protestant worldview.

As I began to look into Catholicism it didn’t take long for me to realize that it was at this precise level, the level of foundations, that the disagreement between the Protestant and Catholic worldviews needed to be understood.

Because of this, although I was interested in everything — all the doctrinal issues and differences and disputes that exist between Protestants and Catholics — and I wanted to study them all, the issue that interested me most was this issue of sola Scriptura, which I now understood and believed to be the key to everything else.

You see, if sola Scriptura is true, Protestantism is true. Period.

If Our Lord intended for Scripture to function as the “sole and sufficient infallible rule of faith and practice” for the Church and the individual believer, then Protestantism is true.

Of course you and I, faithfully adhering to the principle of sola Scriptura, may have to spend the rest of our lives sifting through the arguments to determine which version of Protestantism is most correct in its interpretation of Scripture. Is it the Baptists, or the Presbyterians, or the Lutherans, or the Anglicans, or the Methodists, or the Church of Christ, or the independent church down the street formed around some bright, charismatic convincing young pastor with his new angle on what St. Paul was really saying? If we care to really know, we will have our work cut out for us.

But we will be Protestant!

On the other hand, if Our Lord did not intend for Scripture to serve as the Christian’s “sole and sufficient infallible rule of faith and practice,” then Protestantism is not true. If Jesus would not agree that “the Bible — nothing more, nothing less, and nothing else — is all that is necessary for faith and practice,” then Protestantism as a worldview, as a system of thought, is not true.

In which case, all of Protestantism’s various iterations collapse at once: Lutheran, Presbyterian, Baptist, Anglican, Methodist, Church of Christ — all come falling down together.

I could see that this issue of foundations was the key issue.

At the time of the Northridge earthquake of January 17, 1994, my family lived seven miles from the epicenter.

I can still remember awakening to what sounded like a freight train barreling toward my house. I can remember how it felt bouncing back and forth against the walls of the hallway as I made my way to the kid’s bedrooms. I kept thinking the floor was going to tear open beneath me. The sound was unbelievable. When it ended, our living room was a pile of furniture, but we were all fine.

There’s little that is more frightening than to feel the earth giving way beneath your feet. After all, this is the foundation. This is what we stand on. When this becomes uncertain, everything feels uncertain.

In a similar way, I have to say that my conversion to Catholicism commenced the moment I began to feel the foundation of my worldview as a Protestant slipping and giving way beneath my feet. The moment I began to doubt that Protestantism’s method for determining the true teachings of Christianity was correct was the moment the question began to insinuate itself into my consciousness: could the claims of the Catholic Church be true?

Over time my doubts about the foundation of the Protestant worldview formed themselves as four distinct questions:

And here we have our outline for the series to follow. Stick with me!

Up next: Is Sola Scriptura Scriptural? Part I: New Testament Practice