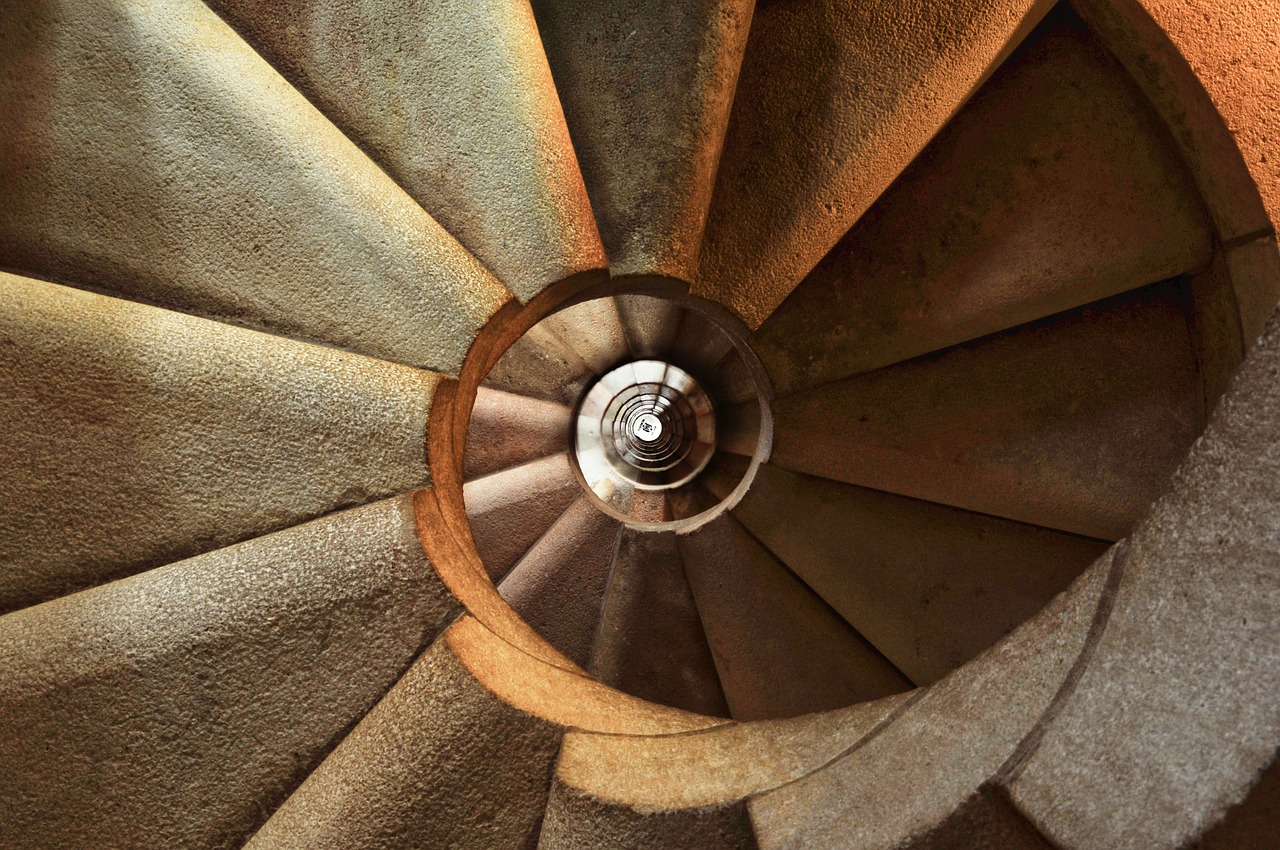 This is part of an ongoing series by Ken Hensley- read the previous installments: Introduction – Part I – Part II

At this point in my theological journey — still an ordained Protestant minister — all I could think about was this issue of sola Scriptura.

But now I was beginning to have questions.

The Practice of the Faithful in the Old and New Testaments

It was clear at a mere glance that among the faithful living during both Old and New Testament times, no one was practicing sola Scriptura. No one living then believed what Protestant Anthony Lane describes as the “heart of the meaning” of sola Scriptura: “The belief that Scripture remains the final authority to which one can appeal against all ecclesiastical authority.” ¹

Of course, there is a sense in which Holy Scripture, being inspired by God Himself, does remain the final authority. And I learned that Catholics hold to the “primacy of Scripture.”

The problem is, and has always been, that someone has to interpret Scripture. Someone has to draw out the correct teaching of Scripture; and this entails the interpretation of many passages, the assembling of many threads of thought, the drawing out of implications, etc.

And when I say that no one “practiced” sola Scriptura, what I mean is that no believing Jew (living during Old Testament times) or believing Christian (living during the New Testament) thought he could appeal to his private interpretation of Holy Scripture against that of God’s chosen ecclesiastical authorities.

This much was clear to me: whether one looks at the Old Testament or the New, the faithful are not practicing sola Scriptura.

The Teaching of the New Testament

I wanted to read the New Testament once again, this time with one specific question in mind: Do the Apostles say anything about what the rule of faith and practice will be once they are no longer around to provide a living authoritative voice for the Church? Do they say anything about where authority will reside when that time comes?

It seemed to me that, if with the death of the Apostles, the Bible was going to become the “sole, infallible rule of faith and practice” for Christians and for the Church, the New Testament ought to clearly teach this — especially given that God’s people from Moses to Peter and Paul had never been “Bible only” believers.

If, therefore, sola Scriptura isn’t “clearly taught” in the pages of Scripture, it seemed to me it would amount to what logicians refer to as a “self-refuting proposition,” a doctrine that refutes itself.

With these questions and thoughts in mind, I began to examine the writings of the Apostles. And as I described in Part II (here) what I found was this: not only is sola Scriptura not “clearly taught” in the writings of the Apostles, the Apostles often speak in ways that evidence a mindset entirely other than what one would expect — if they believed that when they had departed the scene their spiritual children would become “Bible only” Christians.

I found no evidence to suggest that the Apostles had the future practice of sola Scriptura in their minds.

But of course, our Evangelical brethren do not agree with this and insist that the Bible does in fact “clearly teach” sola Scriptura.

The primary passage brought forward as strong evidence of this — if not proof — is 2 Timothy 3:16-17.

All Scripture is inspired by God and profitable for teaching, for reproof, for correction, and for training in righteousness, that the man of God may be perfect [or complete], thoroughly equipped for every good work.

Here’s how the argument goes:

Now, while there are a few things that could be said in response to this argument, here are the two main points that led me to reject the idea that this passage in 2 Timothy is teaching sola Scriptura.

1. Paul’s use of the word “profitable”

You see, saying Scripture is “profitable” for accomplishing the goal of making you and me “perfect, thoroughly equipped for every good work” simply doesn’t mean that other things might not also be profitable, or even necessary for the accomplishment of the goal.

Let me illustrate what I mean. My daughter has seven children. Now, imagine I say to her: “Daughter of mine, make sure to feed your children plenty of milk, because milk is profitable for supplying children with Vitamin D, calcium, and protein to build strong muscles and bones, so that they may be perfect, thoroughly equipped to run and jump and play (and fight) all the day long!”

Would anyone imagine that my intention was to say that all my grandchildren need in order to be perfectly healthy is milk? Nothing else? No vegetables? No fruit? No exercise? Just milk?

It seemed to me that the Protestant reading was attempting to squeeze more out of Paul’s words to Timothy than is reasonable, to infer more than can reasonably be inferred.

It’s certainly clear that Paul’s intention in 2 Timothy 3:16-17 was to emphasize the important role sacred Scripture would play in Timothy’s life and ministry. He wants to remind Timothy that Scripture is inspired by God (literally “God-breathed”) and therefore “profitable for teaching, for reproof, for correction, and for training in righteousness, that the man of God may be perfect, thoroughly equipped for every good work.”

But was it Paul’s intention to assert that nothing else would be needed in order to accomplish this task?

A passage in the first chapter of the Epistle of St. James convinced me that my reading of 2 Timothy 3:16-17 was correct.

Count it all joy, my brethren, when you meet various trials, for you know that the testing of your faith produces steadfastness [or patience]. And let steadfastness have its full effect, that you may be perfect and complete, lacking in nothing (emphasis added).

Notice the obvious parallel to Paul’s words to Timothy.

Now, it’s true that the Greek words James uses here translated “perfect and complete, lacking in nothing,” are not the same Greek words Paul uses in 2 Timothy 3:16-17. But I think you can see that the basic structure of thought is exactly the same.

James is speaking here of what will make the man of God spiritually mature, complete, lacking in nothing. He says it is patience in suffering and steadfastness that will accomplish this.

Therefore, the question we asked of the passage in 2 Timothy needs to be asked here as well: does anyone reading James 1:2-4 think James intends to teach that in order to be “perfect and complete, lacking in nothing” all a Christian needs is patience?

I think it’s clear that what James intends in this passage is to emphasize how important it is to his reader’s growth in holiness that they exercise steadfastness in the face of trials — not to teach that patience is all one needs to be perfect.

I concluded that the same was true of 2 Timothy 3:16-17. Paul’s intention wasn’t to teach that the Bible is all one needs to complete and equipped for every good work.

One of the books I was reading at the time was Roman Catholics and Evangelicals: Agreements and Differences by Evangelical Protestant scholars Norman Geisler and Ralph MacKenzie.

In their section on sola Scriptura, the authors presented a number of other New Testament passages in support of the doctrine.

In other words, they brought forward a string of passages that clearly teach that Scripture is inspired and authoritative and not to be tampered with. Added together, these were taken as clear evidence that the New Testament teaches that: “The Bible, nothing more, nothing less — and nothing else — is all that is needed for faith and practice.”²

Now, Geisler and MacKenzie admitted up front that sola Scriptura is not formally stated or taught anywhere in Scripture.

But this doesn’t weaken their case, they explained, because, after all, neither is the doctrine of the Trinity formally stated or taught anywhere in the Bible. Sometimes the truths of Scripture are implied rather than explicitly stated. And I agree with them.

Sola Scriptura, they insisted, was one of these truths.

It was clear to me that for them sola Scriptura was a truth implied by passages that speak of Scripture as inspired, infallible, and authoritative. It was for them a logical deduction from the New Testament teaching on the nature of Scripture.

But then the thought hit me: these Evangelical scholars are arguing in a circle. Not only do the passages they cite not formally teach sola Scriptura, they only imply sola Scriptura because Geisler and MacKenzie have ruled out in advance the existence of the kind of Church we see clearly functioning in the New Testament — a Church that could speak with infallible authority!

In other words, Geisler and MacKenzie were offering as clear evidence of sola Scriptura one passage after another from the New Testament that indeed implied sola Scriptura — but only if the Catholic view of the Church is wrong! And isn’t the Catholic view of the Church precisely the issue in dispute between Protestantism and Catholicism? Isn’t this the key issue at hand?

What I found particularly enlightening was that these Evangelical scholars didn’t seem to notice what they were doing. Because they were operating with the assumption that the kind of authoritative Church we see functioning in Acts 15 no longer exists, any passage of Scripture that talked about the inspiration and authority Scripture sincerely looked to them like a proof of sola Scriptura!

I say “no longer” because until the time of the Reformation, Christians did believe in the existence of an authoritative Church.

Now many do not. And if there is no authoritative Church on earth possessing the ability under the guidance of the Holy Spirit to authoritatively preserve, pass down and define the teachings of the Christian faith, what option is there but to stand on the Bible alone?

Up next: Is Sola Scriptura Scriptural? Part IV: Why Do Protestants Embrace It?