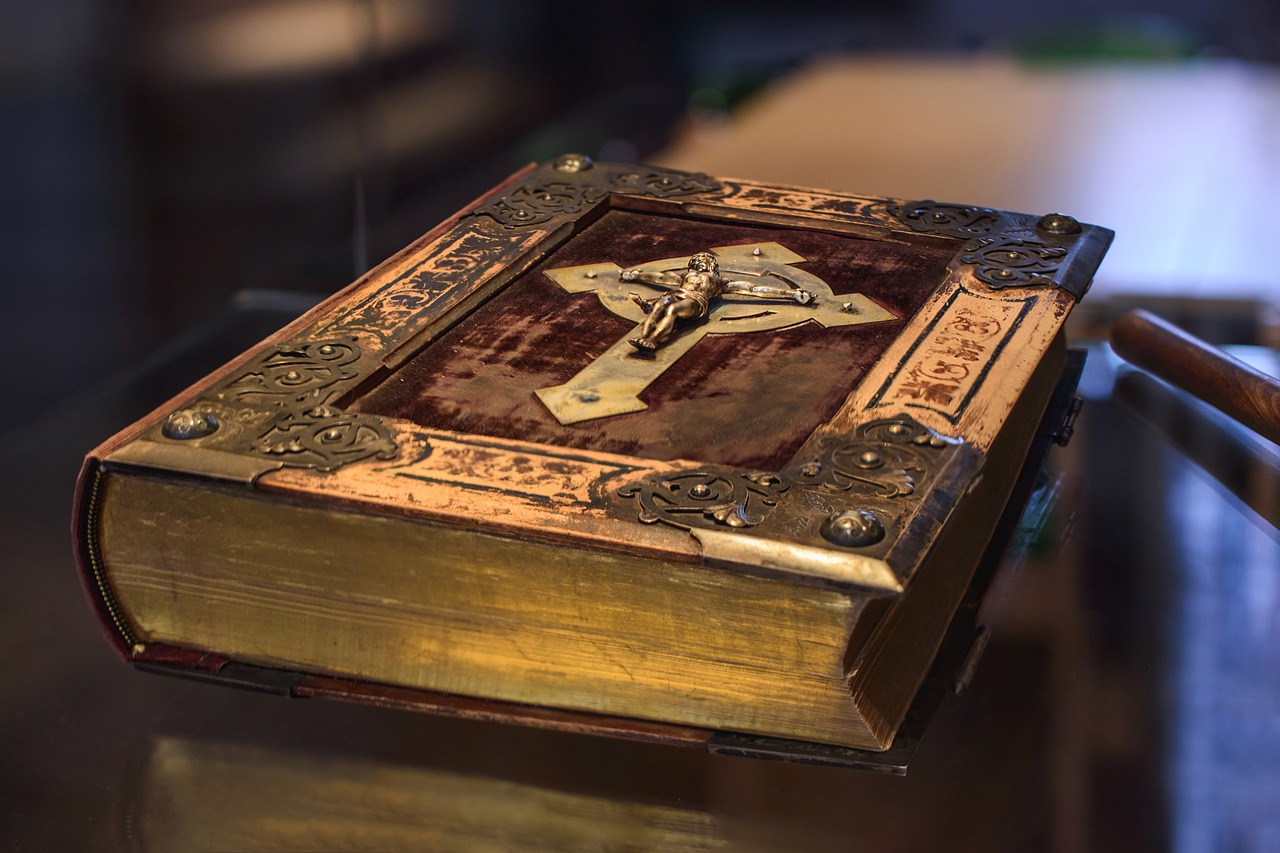 This is part of an ongoing series by Ken Hensley. Read the Introduction.

My entire Christian life I had assumed the truth of sola Scriptura. Every believer I knew presupposed the notion that the Bible should function as the “sole and sufficient” infallible rule for deciding what I was to believe and how I was to live as a Christian. It was presupposed in my seminary education as well.

As an evangelical Protestant, sola Scriptura was a given.

Because of this, when I began for the first time to examine the doctrine of sola Scriptura, the most important question in my mind as a Bible Christian was: What does the Bible say about this?

I mean, does the Bible teach sola Scriptura? Does it actually teach us that, as Protestant scholars Geisler and MacKenzie put it, “the Bible — nothing more, nothing less, and nothing else — is all that is necessary for faith and practice”? Is sola Scriptura biblical?

If it doesn’t, wouldn’t the doctrine appear to refute itself?

I began by looking at the practice of Jesus, the Apostles, and the earliest believers living during the time of the Apostles. What did they take to be authoritative and binding in their lives?

It wasn’t hard to see that Jesus, the Apostles, and the earliest Christians took the inspired writings of the Old and New Testaments, as they were being written, as authoritative and binding.

All Scripture is inspired by God (“God-breathed”) and profitable for teaching, for reproof, for correction, and for training in righteousness, that the man of God may be complete, equipped for every good.

No need to multiply New Testament citations on this point. Catholics and Protestants, after all, are in full agreement that for Jesus, the Apostles, and the earliest Christians, Scripture is the inspired, infallible, and authoritative revelation of God.

But then, it was also easy to see that for those living during New Testament times, the oral teaching of Jesus and the Apostles was also taken as authoritative and binding.

Now, of course, this would be true of Our Lord, who the author of Hebrews tells us was the “image of [God’s] glory and the exact representation of his nature” (Hebrews 1:3). Jesus didn’t always say, “It is written” (emphasis added). Even more often He said, “Truly, truly, I say to you” (emphasis added) and when He did, His words carried the very authority of God speaking. His words were as binding on those who heard Him as the written words of inspired Scripture.

But what about Our Lord’s Apostles? Was this true of them as well? Did spoken words come with the authority of God? The answer, I could see, was yes, but with some clarification.

Of course, the Apostles weren’t “inspired” in the sense that anything and everything they said was special revelation from God. However, when Jesus sent His Apostles out, He gave them His Spirit and His divine authority and said to them, “The one who listens to you listens to me” (Luke 10:16), and it’s clear that the Apostles taught with an awareness that the substance of their teaching was as binding spoken as it was when written down.

We can see this in Paul. Writing to the believers in the Greek city of Thessalonica, he gave thanks to God that when he came for the first time preaching, the people had accepted his message “not as the word of men but as what it really is, the word of God” (1 Thessalonians 2:13). St Paul’s preaching was authoritative.

He later reminded the Thessalonians that they should “stand firm and hold to the traditions which you were taught, whether by word of mouth or by letter from us” (2 Thessalonians 2:15 emphasis added).

Now, to the Protestant ear the word “tradition” normally carries negative connotations. But in this case, at least, I could see that all that was meant was that whether it was something Paul had written in a letter to the Christians in Thessalonica or something he had taught them when he was with them, it was to be received with docility as authoritative Christian teaching.

On the Day of Pentecost, Peter stood and addressed the crowds in Jerusalem, “Men of Israel, listen to these words…” He went on to announce to them authoritatively things that had never yet been written down in the pages of inspired Scripture. He interpreted texts from the Old Testament in ways that no Jew had ever interpreted them. And what he said that day was to be received as God’s word.

But it was clear that there was yet a third aspect to this issue of what constituted binding authority for those living during New Testament times. There was Scripture. There was the oral teaching of Jesus and the Apostles. And then there was … well, Acts 15.

In this key New Testament passage, we read about the first serious theological dispute to arise in the early Church. And, more importantly, we read about how that dispute was settled.

The question was: must Gentile believers receive circumcision and keep the customs of Moses — essentially become Jews — in order to be saved?

Some men came down from Judea to Antioch and were teaching the brothers: “Unless you are circumcised according to the custom taught by Moses, you cannot be saved.” This brought Paul and Barnabas into sharp dispute and debate with them. So Paul and Barnabas were appointed, along with some other believers, to go up to Jerusalem to see the apostles and elders about this question (Acts 15:1-2).

What Acts chapter 15 goes on to describe is the first “council” of the Christian Church, referred to now as the Council of Jerusalem.

In a nutshell, here’s what happens:

(b) A decree is issued — a letter drafted and sent out to all the churches informing them of the council’s ruling (vs. 22-30).

Therefore we are sending Judas and Silas to confirm by word of mouth what we are writing. It seemed good to the Holy Spirit and to us not to burden you with anything beyond the following requirements (vs. 27-28).

(d) The letter is received by the churches with joy.

So when they were sent off, they went down to Antioch, and when they had gathered the congregation together they delivered the letter. And when they read it they rejoiced at the exhortation (vs. 30-31).

In other words, the ruling of the council is accepted as authoritative and binding. It is the ruling of the Holy Spirit. None of the Christians in Antioch think to respond, “Thank you very much for your guidance on this matter. We will examine the council’s decision in the light of Scripture and let you know our position.”

No, instead the Christians “rejoice” that the matter has been settled and now they can focus on living out the truths of their faith.

Now, at this point I had not begun to examine the teaching of Scripture on the question of whether Scripture should be treated as the Christian’s “sole infallible rule of faith and practice.” I was merely looking at the pattern of “practice” I could see of Christians living during the time of Jesus and the Apostles.

But I had to admit that looking at this pattern of practice, I did not see sola Scriptura. I did not see “the Bible — nothing more, nothing less, and nothing else — is all that is necessary for faith and practice.” At least at this point, Christians were not looking to the “Bible alone” for their understanding of the truths of Christianity

No. For believers living during the time of the Apostles, authority clearly resided in: (1) Sacred Scripture, (2) Apostolic Tradition (the oral teaching of the Apostles), and (3) the ability of the Church’s leadership, led by the Holy Spirit, to meet in council to settle disputes and decide important matters relating to doctrine and morals.

I knew that I needed now to examine the actual teaching of the New Testament on this issue. I knew the work wasn’t done.

Up next: Is Sola Scriptura Scriptural? Part II: What Do The Apostles Say?