A Damning System of Works Righteousness
Part V: But Paul Says, “Not of Works!” 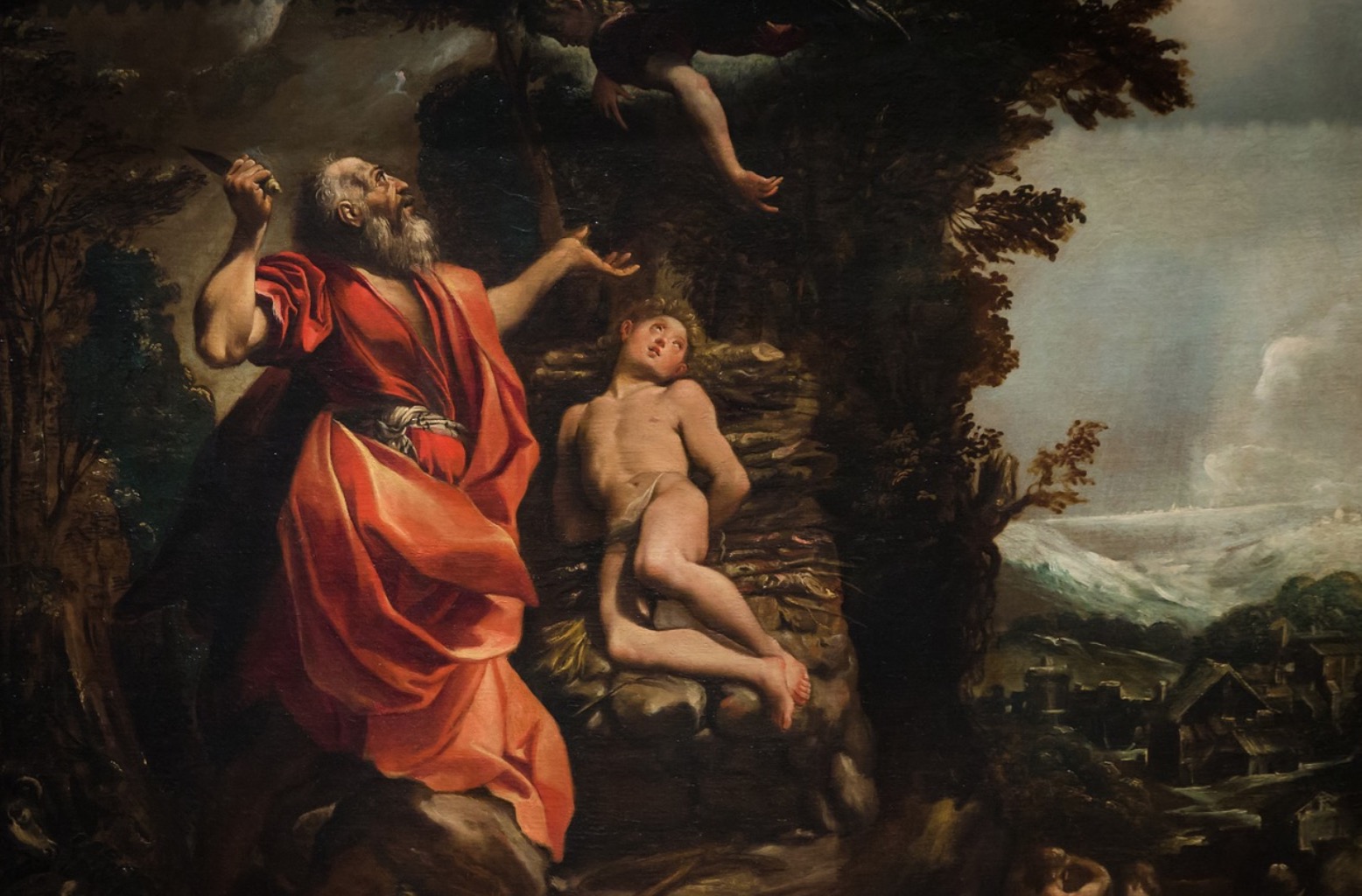 This is part of an ongoing article series from Ken Hensley. Part I Part II Part III Part IV

Do not be deceived; God is not mocked, for whatever a man sows, that he will also reap. For he who sows to his own flesh will from the flesh reap corruption; but he who sows to the Spirit will from the Spirit reap eternal life. And let us not grow weary in well-doing, for in due season we shall reap, if we do not lose heart (Gal 6:7-9).

I was still a number of years away from giving even a thought to the Catholic Church when I had come to accept a view of salvation that was more Catholic than Reformed. What I had become convinced of — from Scripture alone — was that in the teaching of both Old and New Testaments, perseverance in faith and obedience is required of those who would receive God’s blessing, including the blessing of eternal life.

A thousand stories and statements in Scripture pointed in this direction: the path to eternal life is the path of faith and obedience. Not perfect obedience. I knew that my obedience to Christ would be no more perfect than my faith in Christ. I knew that in order to persevere to the end in faith and obedience, God’s grace and forgiveness would be needed every step of the way. But still, I was convinced that the path to eternal life was foreshadowed by, and therefore is like, the path of the Israelites to the Promised Land. You recall that in order to reach their destination, Moses and the children of Israel had to trust God’s word and follow the pillar of cloud by day and fire by night. Same with us.

Now, lest one suspect that this is a clever distinction I’ve devised in order to get around Paul’s clear teaching that salvation is by faith and “not because of works, lest any man should boast” (Eph 2:8-9), let me point out that this is a distinction that can be easily seen throughout the Bible.

The Obedience of Faith

From the beginning, there were always those — usually only a remnant — who responded to God’s call with humble faith and who walked with God in the obedience that flows from humble faith. These are the Old Testament saints described in Hebrews chapter 11:

By faith Abel offered to God a more acceptable sacrifice than Cain, through which he received approval as righteous, God bearing witness by accepting his gifts (Heb 11:4).

By faith Noah, being warned by God concerning events as yet unseen, took heed and constructed an ark for the saving of his household (Heb 11:7).

By faith Abraham obeyed when he was called to go out to a place which he was to receive as an inheritance (Heb 11:8).

Notice that in each of these examples, both faith and the obedience that flowed from faith were “necessary” in order to receive God’s commendation and blessing. Noah had to build the ark in order to be saved. Abraham had to leave his home in order to receive the inheritance. Abel received approval as righteous because by faith he offered to God a more acceptable sacrifice than his brother Cain.

Notice as well that the author of Hebrews does not set these Old Testament figures forward as examples of those who attempted to “earn” God’s blessings by their “works” so that they might “boast” in their “achievement.” There’s not a hint that the author of Hebrews means to present these as illustrations of men and women living under a “damning system of works righteousness.” Instead, they are described as those with whom God was “pleased” (Heb 11:5-6) and are presented as examples for New Testament believers to emulate!

This is the obedience of faith. This is the kind of obedience that is required of those who would inherit eternal life.

The Obedience of Works

Bring no more vain offerings; incense is an abomination to me. New moon and Sabbath and the calling of assemblies — I cannot endure iniquity and solemn assembly. Your new moons and your appointed feasts my soul hates; they have become a burden to me, I am weary of bearing them … Wash yourselves; make yourselves clean; remove the evil of your doings from before my eyes; Cease to do evil, learn to do good (Isa 1:13-17).

In essence, the mindset of those described by Isaiah — and there are many other similar passages — went something like this: “God is going to bless us because we are the descendants of Abraham, Isaac, and Jacob. Because we bear the covenant sign of circumcision. Because we possess the law and the temple and the priesthood and the sacrifices. Because we observe the Sabbath and the required festivals and keep ourselves ceremonially pure.”

These believed they “had it made” because they were the right people and because they wore those badges of identity that marked them out as separate from the Gentile nations surrounding them.

While there are a number of passages in the Old Testament that describe this kind of “obedience” — an obedience that appears to be the very opposite of obedience — it is the prophet Jeremiah who boils this “obedience of works” down to its essence:

Behold, the days are coming when I will punish all those who are circumcised but yet uncircumcised … for all the house of Israel is uncircumcised in heart” (Jer 9:26).

The Obedience of Works in the Gospels

And when we move into the New Testament, we find the same contrast being described, and the same message that was preached by Isaiah and Jeremiah now preached by John the Baptist and Our Lord Himself!

What did John say to the Pharisees and Sadducees who came to Him? “Bear fruit that befits repentance, and do not presume to say to yourselves, ‘We have Abraham as our father,’ for I tell you, God is able from these stones to raise up children to Abraham” (Matt 3:8-10). In other words, “You who are trusting in your status as a Jew, I don’t care whose descendant you are! I don’t care that you are able to boast that you are among the circumcised! What God desires, what God requires, is humble faith and the obedience that flows from humble faith!”

And what did Our Lord say to the religious leaders in the temple?

Whether we read Isaiah or Jeremiah or John the Baptist or Jesus, in each of these cases notice that we do not find obedience to God being set against faith in God. It isn’t ever faith or obedience. And it isn’t that the Jews being addressed in all these passages were focused on “obedience” when they ought to have been focused on “faith.” Ironically, their problem was precisely that they were not focused on faith or obedience! They did not walk in the steps of the faith of their father Abraham.

In their minds, it was enough that they could claim Abraham as their father — and make sure to keep the outside of the cup nice and clean.

The Obedience of Works in Paul

And, yes, what I’m suggesting is that when the Apostle Paul says that we are saved by faith and “not because of works, lest any man should boast” (Eph 2:8-9), he isn’t setting faith in opposition to obedience. When he writes, “For we hold that a man is justified by faith apart from works of the law” (Rom 3:28) he isn’t saying that we are justified by “faith alone” apart from the need to be obedient to Christ. He isn’t saying, “There is nothing a believer has to do in order to inherit eternal life, and if you think there is then you have bought yourself into a damning system of works righteousness!” Rather, Paul is standing directly in line with Isaiah, Jeremiah, John the Baptist, and Jesus and saying nothing more or less than what they said in their own way and in their own circumstances.

And for Paul, faith in Christ includes love for Christ and obedience to His commandments.

Three times in his letters to the Galatians and the Corinthians the Apostle Paul states clearly and simply exactly what doesn’t matter to God, what doesn’t count with God. He also tells us what does. While evidence for the understanding of Paul I’ve outlined here can be found scattered throughout his writings, it was these three statements that confirmed to me that I was on the right path with Paul.

For in Christ Jesus neither circumcision nor uncircumcision is of any avail, but faith working through love (Gal 5:6).

For neither circumcision counts for anything, nor uncircumcision, but a new creation (Gal 6:15).

For neither circumcision counts for anything, nor uncircumcision, but keeping the commandments of God (1 Cor 7:19).

Three times Paul tells us what doesn’t matter to God. Three times he uses exactly the same language to impress on his readers precisely what doesn’t count with God: it’s whether or not one has received the sign of circumcision. “Who cares whether one is a Jew or not!” Paul says. After all, as he had already stated earlier in his Letter to the Galatians, in Christ Jesus there is no longer Jew or Greek, but all have become sons of God and heirs of the promises made to Abraham through faith and baptism (Gal 3:26-29).

Faith and obedience. It would be some years before I would realize that this is, in essence, the Catholic view of salvation.

Up Next: A Damning System of Works Righteousness, Part VI