A Damning System of Works Righteousness
Part IV: Imputation: The Heart of the Protestant Doctrine of Justification? 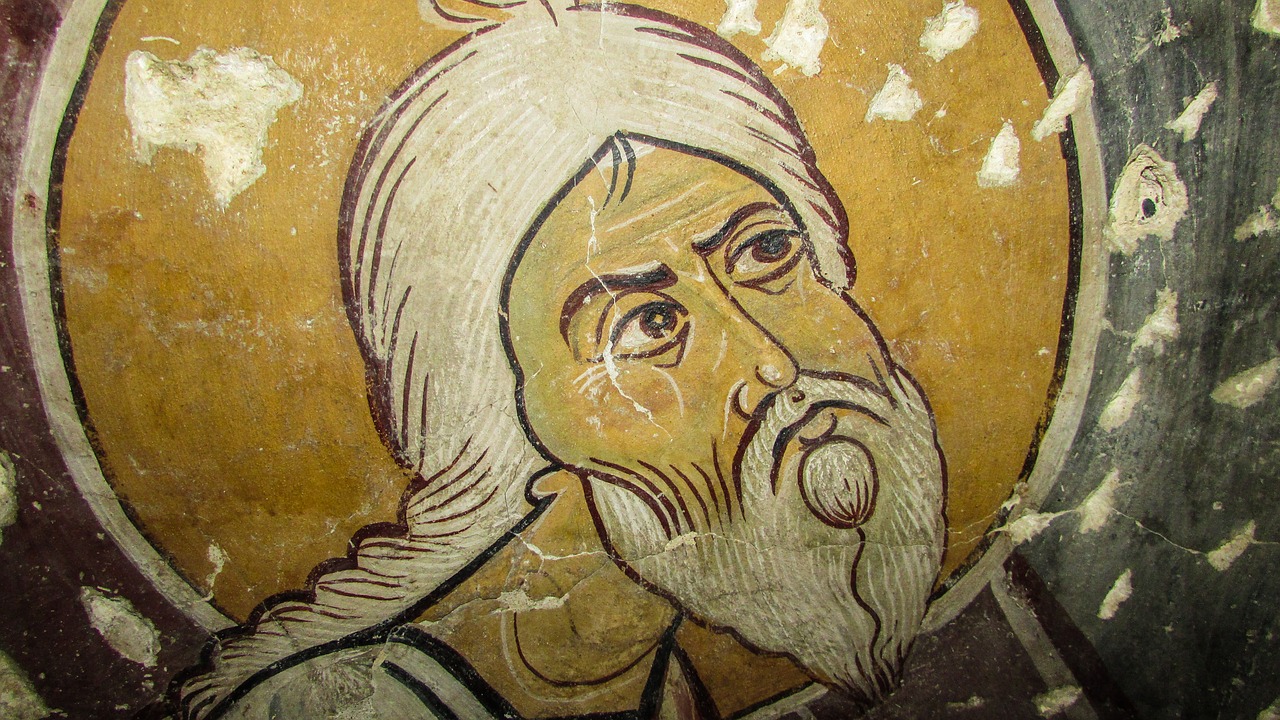 This is part of an ongoing article series from Ken Hensley. Part I Part II Part III

I had been wrestling for some years with the suspicion that there was something not right about the doctrine of justification I had learned.

If anything was evident to this Protestant preacher, it was that in both the Old and New Testaments the promised blessings of God are consistently described in conditional terms. Things always have to be done in order to receive them. Whether it’s Noah being required to build a boat, Abraham to leave his home, Moses and the children of Israel to cross a burning wilderness, a blind man to “Go, and wash in the Pool of Siloam” in order that he might come up seeing; on every page of Scripture the Lord is saying to His people: Trust me, do what I tell you to do, and I will bless you!

And never is there a hint that somehow this requirement of obedience makes the relationship one of brute legalism rather than of grace. No. Jesus says, “If you love me, you will keep my commandments” (John 4:5), and throughout the New Testament discipleship is everywhere depicted as a path one must walk and persevere in to the end. Yes, the disciple walks by faith. Yes, he walks in the power of the Holy Spirit and not his own strength. Yes, his obedience, like his faith, flows from a new heart that God has given him (Jeremiah 31:31-34; Ezekiel 36:25-27). But still he must walk, and choose to continue walking, and not turn back.

[Christ] has now reconciled [you] in his body of flesh by his death, in order to present you holy and blame- less and irreproachable before him, provided that you continue in the faith, stable and steadfast, not shifting from the hope of the gospel which you heard (Colossians 1:22-23).

All this I could see. And here was my Reformation doctrine of justification insisting that one’s salvation is determined at the moment one first believes when Christ’s own righteousness is legally credited to his account and that, as evangelicals like to put it, there is “nothing we have to do” in order to inherit eternal life. Nothing.

After all — so the reasoning goes — bringing obedience into the picture as a requirement or condition for receiving the blessing and entering heaven, would turn the gospel of grace into a damning system of works righteousness — like the Catholics teach!

About this time, I learned that an old friend from seminary days had left the Protestant ministry to become Catholic. I called to straighten him out and the two of us began to talk.

The more we talked the more I came to understand how the struggles I was having with putting the Reformation understanding of justification together with so much of what I saw in Scripture were struggles the Catholic view of justification answered. I decided to take a fresh run at the entire issue. I would look at the whole history of Christian thought on this doctrine of justification and everything inspired Scripture had to say about it. Like some theological detective, I would take the evidence boxes from their shelves, dump the contents on my desk and examine the case again from scratch.

I drove over to the Fuller Theological Seminary bookstore and picked up Alister McGrath’s classic two-volume work, Iustita Dei: A History of the Christian Doctrine of Justification. It was recommended as being the most thorough and scholarly historical treatment ever written.

I sat in the coffee shop at Fuller and began to read.

McGrath began with the early Church Fathers. He stated that while these earliest witnesses to the faith of the early Church speak of both faith and obedience as necessary for salvation, there is not a developed doctrine of justification in their writings per se.

This doctrine of justification comes with St. Augustine (354- 430). And when it comes, it is the Catholic doctrine that is presented. Justification is not the crediting of righteousness to the sinner but the entire process by which the sinner is actually made righteous and fit for heaven. McGrath writes: “A real change in man’s being, and not merely his status, is envisaged in his justification, so that he becomes righteous and a son of God, and is not merely treated as if he were righteous and a son of God” (italics original).

The author went on from here to discuss the development of the doctrine of justification during the long millennium separating Augustine and Luther. His conclusion was that what we have here is little more than an elaboration of Augustine’s doctrine. Justification throughout is about the total renovation of the sinner.

Then he came to Luther, Melanchthon, and the Reformation doctrine of justification as legal imputation. I read the following paragraph and jumped up as though my chair was on fire.

Despite the astonishing theological diversity of the late medieval period, a consensus relating to the nature of justification was maintained throughout …. It continued to be understood as the process by which a man is made righteous …. The essential feature of the Reformation doctrine of justification is that a deliberate and systematic distinction is made between justification and regeneration … where none had been acknowledged before in the history of the Christian doctrine. A fundamental discontinuity was introduced into the western theological tradition where none had ever existed, or ever been contemplated, before. The Reformation understanding of the nature of justification [as imputation] must therefore be regarded as a genuine theological novum (italics added).

So many thoughts raced through my mind. What? For five hundred years we Protestants have been declaring the Reformation doctrine of justification to be the “article upon which the Church stands or falls” and insisting that this precise understanding of justification is so crucial to the Gospel of God’s grace that it’s doubtful anyone who rejects it could be a true Christian. And now I hear this world-class Protestant scholar admitting that the idea was brand spanking new with Luther? That it was unknown in the first fifteen centuries of Church history? That the idea had never even been “contemplated” in fifteen hundred years of theological reflection?

I immediately wanted to leave the historical case and move on to examining the biblical evidence. If no one before Luther thought of justification as the Reformers did, what exactly was the New Testament evidence in support of it? After all, one would think that if the evidence was strong, someone, somewhere, over the course of a millennium and a half would have seen it!

I closed McGrath and opened John Murray’s classic Protestant work: Redemption Accomplished and Applied. I read his chapter on justification and was struck by two things:

First was the simple fact that Murray could point to no passage in the New Testament that actually describes justification as the legal imputation of Christ’s righteousness. Not one. Rather, he explained, this “truth” is one that while not stated can be “inferred” from other things that are stated, especially in the writings of St. Paul.

Now this is not necessarily a deal-breaker. Something that is inferred rather than stated can be true — like the doctrine of the Trinity, which is nowhere spelled out explicitly in Scripture.

At the same time, given that Paul devoted more space to the doctrine of justification than any other New Testament author, and was concerned specifically with debates about how believers are justified, if imputed righteous really was as central to his thinking as Protestantism has insisted it is, it does seem a bit strange that he never got around to simply saying it.

Second, when I looked at the biblical passages and themes from which Murray inferred the idea of imputation, none of them seemed to require the interpretation he gave them or to demand the inference he made from them. For most of them, it was as easy to infer the Catholic position as the Protestant!

Murray pointed out that in Scripture the verb “to justify” does not normally mean “to make righteous” but rather to “declare one to be righteous.” From this he inferred imputation.

But again, how does this argue for imputation? OK, the verb “to justify” most often means “to declare one to be righteous.” What if God “declares” His people to be righteous because He has begun the work of actually making them righteous?

Murray’s strongest evidence — what Protestants take to be the deathblow to any view other than the Protestant view — was to point to where Paul reminds his readers that “Abraham believed God, and it was reckoned to him as righteousness” (Romans 4:3). Murray infers from this that God saw Abraham’s faith and imputed or credited the righteousness of Christ to Abraham’s account.

Except that what the text says is that God saw Abraham’s faith and reckoned it, considered it, counted it as righteousness. In fact, Paul right away speaks of the man whose “faith is reckoned as righteousness” and he equates this with the man’s sins being “forgiven” (Romans 4:5 and 7).

To summarize, it seemed to me that once one assumed the truth of the Protestant conception of justification it could be read into all these biblical texts. One could import imputation into each of them. But it didn’t arise from what the biblical authors actually said. There was no New Testament passage from which it followed as a necessary inference.

No wonder it took fifteen hundred years for someone to see it.

Protestants in Protest Against Protestantism

It turns out that despite the insistence of Reformation-minded Protestants that imputation constitutes the absolutely non-negotiable heart of the Gospel, the actual biblical evidence for it is so thin that a number of high-profile Protestant (not Catholic!) Scripture scholars have in recent years come out advocating that the idea be discarded.

The doctrine that Christ’s righteousness is imputed to believing sinners needs to be abandoned …. The doctrine of imputation is not even biblical. Still less is it “essential” to the Gospel.

In fact, there are so many recognized scholars beginning to take this position that Gundry is willing to speak of a new “developing standard in biblical-theological circles.”

For me, taking the idea of imputation out of the picture, and with it the notion that because we have been clothed in Christ’s righteousness we are guaranteed heaven and there is nothing we have to do and so forth — was like taking a wrench out of the biblical machinery. Now, when I heard Jesus say, “If you keep my commandments, you will abide in my love” (John 15:10), I wouldn’t have to explain how Jesus isn’t really saying what it sounds like He’s saying. God’s word could be allowed to speak.

As the same time I could hear my evangelical friends quoting to me from St. Paul: “For we hold that a man is justified by faith apart from works of the law” (Romans 3:28) and asking me: How can you read these words and believe that our obedience is in any way, shape or form a condition for entering heaven? How?

Up Next: A Damning System of Works Righteousness, Part V