A Damning System of Works Righteousness
Part II: Faith and Obedience in the Old Testament 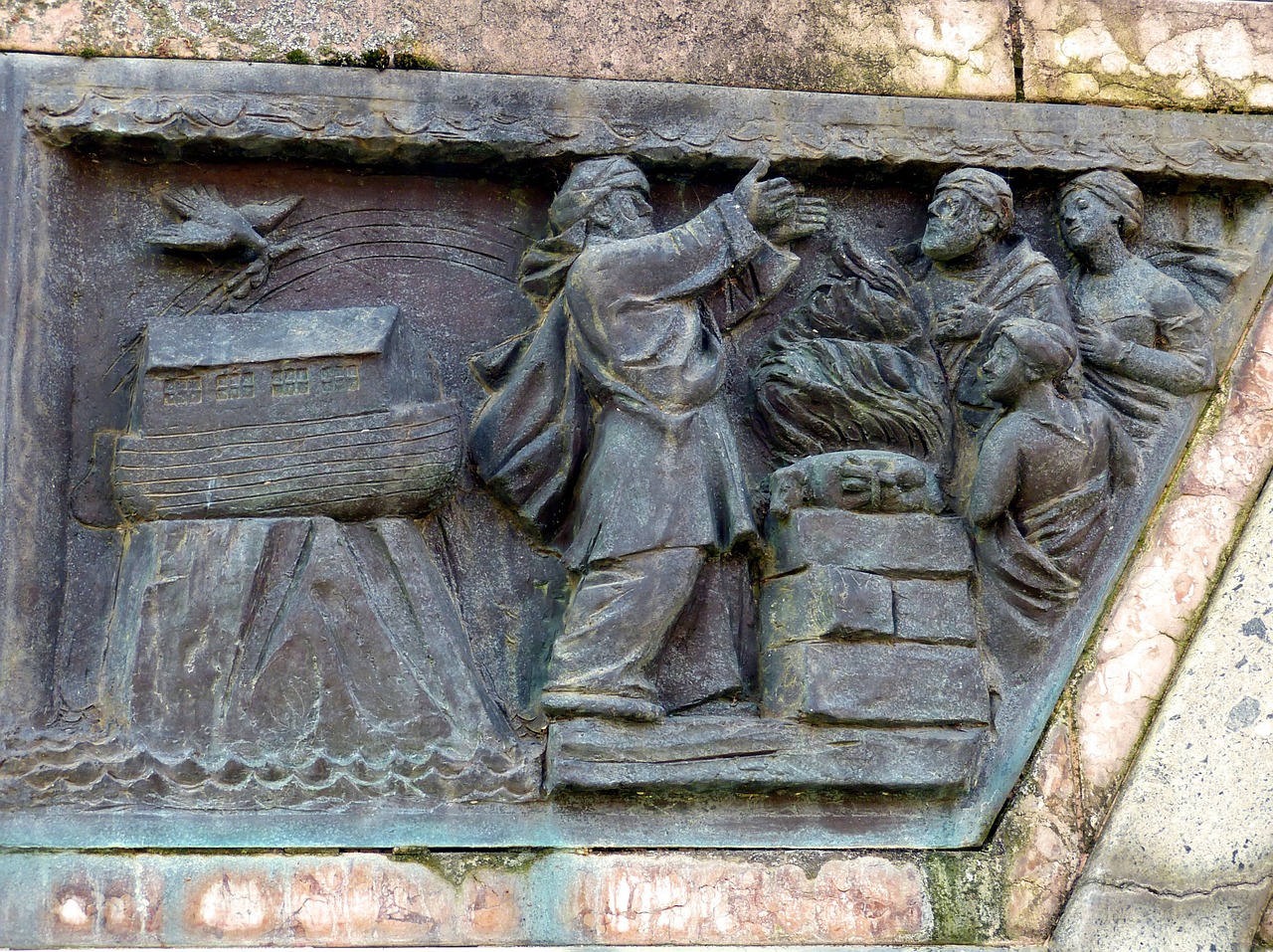 This is part of an ongoing article series from Ken Hensley. Read Part I.

Virtually every presentation of the Reformation doctrine of sola fide (faith alone) contains within it the following line of thought:

“Justification must be received by faith alone. After all, if our obedience to God were required in order to receive God’s blessing, then God would not receive all the glory for the great work of redemption. Then we would be able to say that we had, at least in part, saved ourselves; that we had to some degree earned our own salvation. Then we would have something in which to boast before God. This cannot be. Justification must be received by faith alone!”

And, ironically, this occurred while I was attending Protestant seminary in preparation for a life in Protestant ministry!

Faith and obedience in the stories of Scripture

I can still remember the moment my favorite New Testament professor casually tossed a wrench into this entire way of thinking. He had been talking about Luther and Calvin, faith and obedience.

All of a sudden he said: “It’s a curious thing, but when you think about it, the Bible is essentially comprised of one story after another, one illustration after another, of men and women and their relationships with God. And never in these stories do we find people receiving God’s blessings by ‘faith alone.’ Instead, the pattern we see in Scripture is always ‘trust me (faith), do what I tell you to do (obedience), and I will bless you (blessing).’ The pattern is always faith, leading to obedience, resulting in God’s blessing.”

The professor offered some simple illustrations from Scripture. He talked about Noah, who had to trust God (faith) and build the ark (obedience) in order to be saved through the flood (blessing).

He mentioned Abraham, who had to trust God (faith) and leave his home and family in Mesopotamia (obedience) in order to receive what God had promised him (blessing).

He brought in the illustration of Moses and the children of Israel, who in order to be delivered out of bondage in Egypt and inherit the Promised Land, had to trust God (faith) and sacrifice the Passover, and smear its blood above the doorposts, and cook the lamb and eat it, and leave Egypt, and cross the Red Sea, and follow the pillar of cloud and fire through the desert for forty years, and cross the Jordan, and take the cities of Canaan one by one.

On and on the professor went through the biblical stories, relating what was perfectly obvious to everyone in the classroom. On virtually every page of the Bible, the pattern we find in God’s dealings with people is never “faith alone.” Rather, it is always faith, leading to obedience, resulting in blessing.

What struck me first was simply how easy it was to see that this was indeed the pattern of Scripture. Every single story taught it! I remember thinking, “If God wanted to teach the world that the blessing of eternal life must be received by faith alone, and that our obedience must never enter into the equation, why did He fill the entire Bible with the stories of men and women whose obedience is always an integral part of the equation?”

“I am jealous for Christ to get all the glory”

What also struck me was how these simple biblical stories tore the heart right out of this notion that, for God to receive “all the glory,” salvation must be by faith alone.

In Counted Righteous in Christ, Protestant theologian John Piper explains what motivated him to write a book in defense of the Reformation doctrine of justification by faith alone.

I am jealous for Christ to get all the glory He deserves in the work of justification. My concern is that in the more recent challenges to this doctrine that I am about to address He is robbed of a great part of His glory (pp. 34-35).

This represents a way of thinking that I understood fully. After all, how can God receive all the glory if my obedience is a part of what is required in order for me to receive His blessing?

At the same time, questions were coming to mind based on these Old Testament stories. For instance, it’s clear that Noah’s obedience was a part of what was required in order for him to receive God’s blessing. He had to build the ark! Does this mean that God didn’t receive all the glory for Noah’s deliverance through the flood?

Abraham’s obedience was also required. Does this mean that Abraham is in heaven right now boasting about how he earned God’s blessing through his obedience?

Moses and the children of Israel also had to obey God in order to receive the blessings. Is Moses for all eternity robbing God of His glory by reminding Him continuously that while He (God) took care of the Egyptian armies and provided manna from heaven, they (Moses and the Israelites) did, after all, make the journey from Egypt to the Promised Land on their own blistered feet?

Are all of these Old Testament stories illustrations of the way God doesn’t want us to relate to Him? Are they all illustrations of what amounts to “a damning system of works righteousness”?

And, if so, why are they consistently held up in the New Testament as examples for Christians to imitate? In the Letter to the Hebrews, the author runs through a long list of Old Testament heroes of faith and presents them as models for us to emulate. In each case, we find this pattern of faith, leading to obedience, resulting in blessing.

By faith Abel offered to God a more acceptable sacrifice than Cain, through which he received approval as righteous …. By faith Noah, being warned by God of events as yet unseen, took heed and constructed an ark for the saving of his household … By faith Abraham obeyed when he was called to go out to a place which he was to receive as an inheritance …. By faith [Moses] left Egypt (11:4,7,8,27).

Faith and the obedience that flows from faith

It was clear that in Scripture that faith, and the obedience that flows from faith, were conceived as nearly interchangeable.

It was the same with Abraham. If he hadn’t believed God’s promises, he never would have left his home in Ur of the Chaldees to follow the Lord to a new land. But if he hadn’t left his home to follow the Lord, he would never have come to that new land. It was likewise with Moses and the Israelites. If they hadn’t trusted in God’s promises, they never would have left Egypt. But if they hadn’t left Egypt…

It was both. It was always both faith and obedience. And because of this, while at times in the biblical narrative a character’s faith will be highlighted as the reason for God’s having blessed him, at other times his obedience will be highlighted. We see this in the story of Abraham. Abraham’s faith is something emphasized throughout Genesis 12-25. But notice what is emphasized when Abraham demonstrates his willingness to sacrifice his own son at the command of God.

By myself I have sworn, says the Lord, because you have done this, and have not withheld your son, your only son, I will indeed bless you (Gen 22:16-17, emphasis added).

Even more striking, notice what is emphasized when, after Abraham’s death, the Lord comes to confirm His covenant with Isaac.

According to how I had been taught to think, faith had to be carefully separated from obedience as the sole instrument for receiving God’s blessing. Only in this way could the nature of salvation as “pure gift” be preserved. In the Bible, I saw something entirely different.

Suddenly the idea that obedience might be as necessary for us as it was for Noah, or Abraham, or Moses, or Namaan, or the man born blind, no longer sounded impossible.

The next step would come several years later as I graduated from seminary, was ordained into the Protestant ministry and began to preach verse-by-verse through books of the New Testament. It began to become clear to me that the pattern of “faith, leading to obedience, resulting in blessing” I had come to see in the Old Testament continued right on through the New.

Up Next: A Damning System of Works Righteousness, Part III