Luther: The Rest of the Story, Part VI: Application 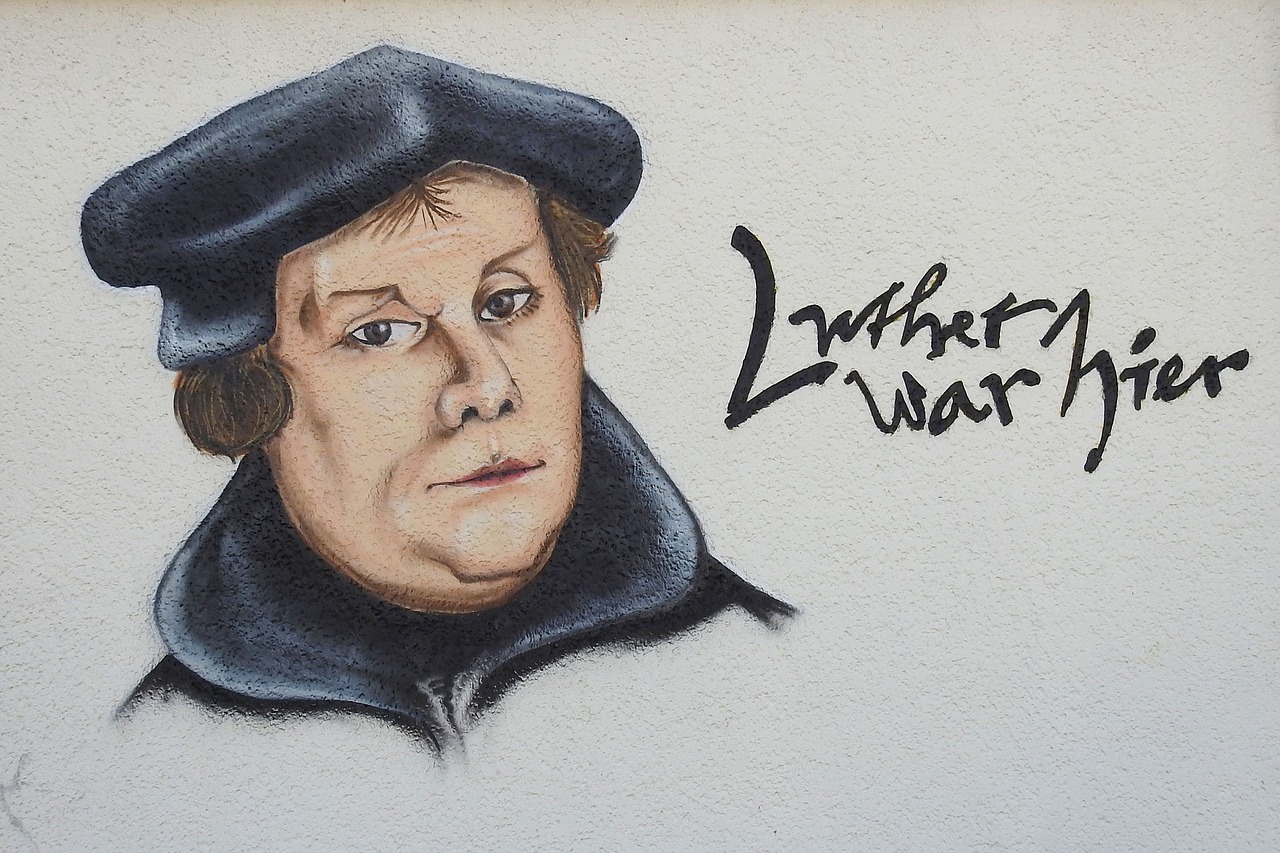 I was a pastor for more than 11 years.

As a child of the Reformation, I taught my congregation that when it came to Christian doctrine, the Bible alone was authoritative in their lives. I emphasized that I was a mere fallible interpreter, that I could be wrong in anything I taught. I reminded them that it was their “right” and in fact their “duty” to search the Scriptures and decide for themselves whether what I was saying was, to borrow Calvin’s words, “in accord with the rule of the Word.”

Pastors of evangelical Bible churches say this sort of thing all the time: “Search the Scriptures!” This is standard Protestant boilerplate.

But what do these pastors do when someone in their church accepts their “right” and “duty” to search the Scriptures and decides that what the pastor is teaching is not “in accord with the Word”?

What would I have done?

Imagine the teacher of the adult Sunday School class in my congregation coming to me and saying, “Pastor, you’re always reminding us that you could be wrong in what you’re teaching, that only the Bible is ultimately authoritative, and that it’s our responsibility to search the Scriptures and decide for ourselves. Right?”

But now, imagine he continues: “Well, pastor, after a careful examination of the Bible over a number of months, I’ve come to the conclusion that you are teaching false doctrines and leading our church astray on some critical doctrinal and moral issues. I thought that, out of respect for you as our pastor, I should let you know that starting this coming Sunday morning, I’m going to be teaching a series in the adult Sunday School that focuses on the errors I believe you are teaching.”

How would I have responded?

Does anyone think I would have responded: “Great! I’m so happy to see that you understand the implications of sola Scriptura and the right of private judgment and have taken your responsibility seriously! Tell me how it goes!” Anyone? Anyone?

First, I would have asked to meet privately with him to discuss the issues he had with my teaching before he began his little “course” in Sunday School. Assuming he wasn’t able to convince me to change my views, during these meetings I would have tried to convince him that he was wrong and that I was right. And then, if this failed, I would have explained to him that he would either have to quit teaching his point of view in the church or take his private interpretation down the road to a church that agrees with him.

Essentially, I would have shown him the door.

This sounds reasonable. After all, you can’t have someone dividing the church by teaching in contradiction to the pastor.

But now, imagine this gentleman saying to me, “Pastor Ken, I’ve been in this church for 50 years. I was baptized, grew up, and was married in this church. My children were baptized here and are growing up here. All their best friends are here. And besides, I love the people of this church, and I want them to know the truth. You’ve only been here five years! How is it that you get to practice your right of private interpretation and teach the results of your own study of Scripture, but if I practice — on your insistence — that same right and come to different conclusions … why is it that I have to shut up or leave? Since only Scripture is authoritative, why don’t you leave?”

The ironic thing is: I may have just finished a sermon in which I mocked the Catholic Church for not allowing individuals to come to their own views but requiring them to accept the Church’s teaching!

For the most part, they simply accept as true whatever their particular denomination or tradition or pastor has taught them. The pastor, then, can teach the absolute right of private interpretation and encourage his people to study and decide for themselves, knowing that the vast majority of his flock will not take him up on it.

And if some smart aleck decides to become an amateur Scripture scholar and comes to the conclusion that the pastor has been teaching heresy, he can be kindly shown the door.

Ephesians 4:11-16 is a passage that knocked me off my chair when I was thinking through these issues and being drawn to the Catholic Church. In this passage St. Paul is discoursing on the oneness of the Church. In this context, he says something I had read a million times and yet its significance had escaped me.

He says that God gave to His Church pastors and teachers specifically in order to build the Church up in unity.

[He gave] pastors and teachers, to equip the saints for the work of ministry, for building up the body of Christ, until we all attain to the unity of the faith and of the knowledge of the Son of God … so that we may no longer be children, tossed back and forth and carried about with every wind of doctrine, by the cunning of men, by their craftiness in deceitful wiles.

Clearly, it’s God’s will that Christians not be “tossed back and forth and carried about with every wind of doctrine,” but that the Church be unified as one. That is God’s will. And to that end, He gave His Church pastors and teachers.

I remember the day I read this passage and the realization came to me: The arrangement St. Paul is describing here could only work if the pastors and teachers God has given to the Church have some authoritative body of teaching to which they are all bound.

How can pastors and teachers be instruments of unity in the Church if each of them is free to exercise a right of private judgment and decide for themselves what Scripture is teaching?

As the 500-year history of Protestantism has demonstrated, when each pastor and teacher is free to “decide,” they come to very different views. Some say Baptism and the Lord’s Supper are merely symbolic rites, others that they are grace-giving sacraments. Some conclude that the Church is to be ruled democratically, others by elders, still others by bishops. Some insist that we are saved by faith alone and that once saved, a Christian cannot lose his salvation. Others insist that salvation involves the believer’s cooperation in faithful obedience and that it most certainly can be lost … and so forth with a number of other doctrinal and moral teachings.

And because these pastors and teachers do not agree with each other, guess what? They become the very ones stirring up the wind and waves of doctrine and tossing the children of God back and forth!

Rather than serving as God-given agents of unity in Christ’s Church, pastors and teachers within the framework of sola Scriptura and the right of private judgment turn out to be the prime agents of division.

This is precisely what has occurred.

I remember the day came when I could no longer walk up to the pulpit on Sunday mornings to preach without thinking: “I am preaching my view of things, my conclusions based on my study of the Bible and various theologians. And down the road there’s a Lutheran pastor preaching his view. And up the street there’s a Methodist pastor preaching his view, and a Baptist, and a Nazarene, and a Seventh Day Adventist. I’m blowing the people of God one direction, and these pastors are blowing them another direction. And we’re all wanting to convince ourselves, and each other, that the Holy Spirit has led us and that our private interpretation is best.”

Something is dreadfully wrong!

This was an important realization, one that drove me in the direction of the Catholic Church. I saw the fragmentation in which I was an active participant. I heard the prayer of Our Lord, “Father, bring them to perfect unity so that the world may believe and know that you have sent me” (John 17) and it struck me that this was simply impossible on the basis of sola Scriptura.

No. If Our Lord desired that His Church be one — and it’s clear that He did — He had to have established that Church with some principle of divine authority. He had to.

There was only one historic Christian Church even claiming to possess that principle of authority.

Becoming Catholic wasn’t easy for me and my family. You could say I broke a lot of glass coming into the Church.

And inside … I found Catholics wishing they were Protestants.

I found Catholics ignoring or disputing or outright rejecting settled teachings of the Church.