Luther, The Rest of the Story, Part I: The Road to the Monastery 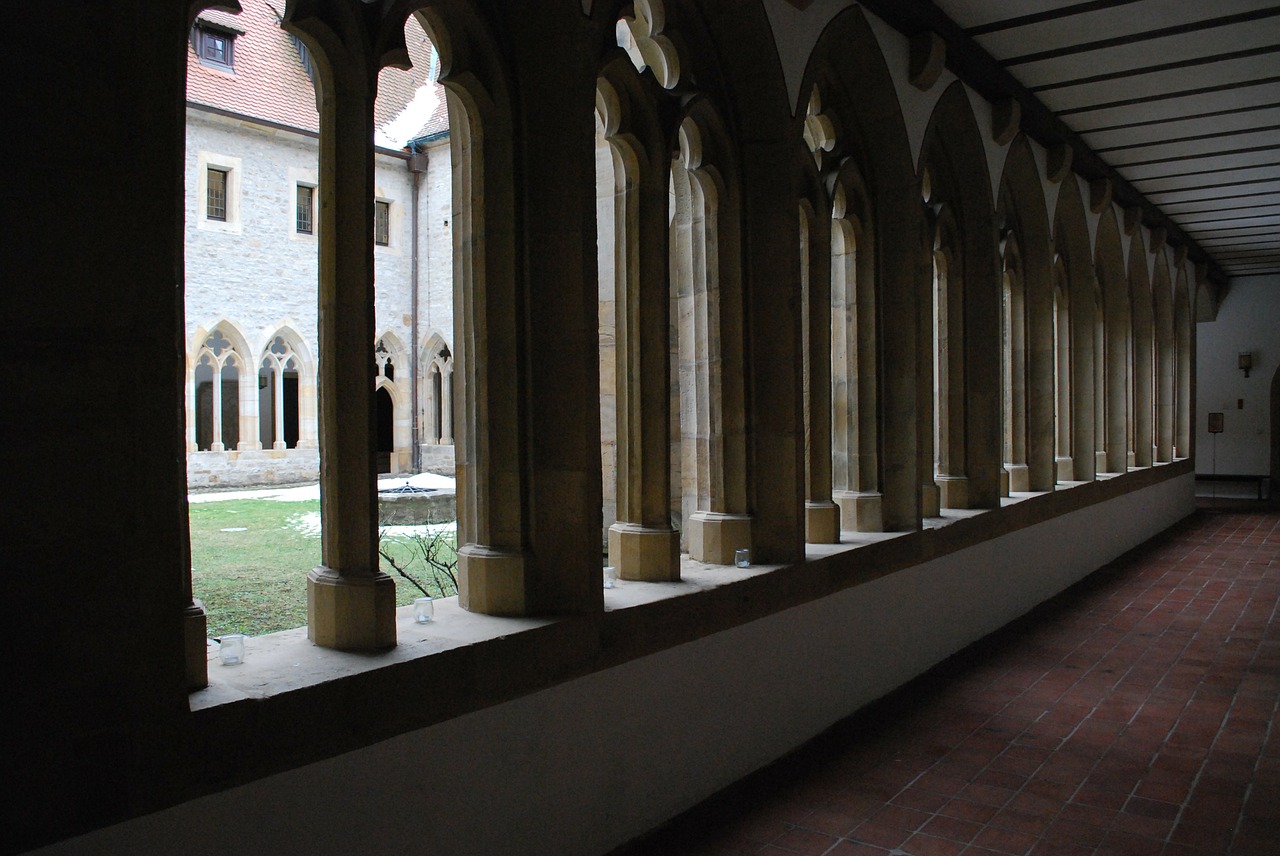 “Reverend father, will you die steadfast in Christ and in the doctrine you preached?” Martin Luther looked up at his good friend Justus Jonas and answered, “Yes.”

It was February 18, 1546. Luther had traveled to Eisleben, the town of his birth, to settle a dispute between two brothers. Thinking he had little time left, he had joked with his friends, “When I get home to Wittenberg, I will lie down in my coffin and give the worms a fat doctor to feed on.” It wasn’t to be. A messenger was sent that day announcing Luther’s death.

One of his biographers describes the scene:

It was early morning and as usual during the semester, Philipp Melanchthon, Luther’s long-time colleague and comrade-in-arms, stood in the lecture hall explicating St Paul’s Epistle to the Romans for his students. In the middle of the lecture a messenger burst in with the news of Luther’s death. Melanchthon struggled for control, unable to speak, but finally — his voice faltering — told his students what had happened, breaking out in anguish with Elisha’s horrified cry as he saw the prophet Elijah ascending to Heaven in the chariot of fire: “The charioteer of Israel has fallen!”1

An armed escort accompanied Luther’s body as thousands came to say their goodbyes. At Luther’s funeral, Melanchthon spoke of him as “God’s instrument for renewing the Church.”2

It may be difficult for Catholics to understand that this is how countless of our Protestant brothers and sisters feel about Martin Luther. But it’s true. And on October 31 of this past year, millions celebrated the 500th anniversary of the movement Luther sparked when he nailed his 95 theses to the door of the Castle Church in Wittenberg, challenging the Catholic theologians to debate.

This is how countless Christians who take their Protestant Christianity seriously feel about Luther. This is how I felt — for many years!

I had only been a believer a short time when I first saw the old black and white classic film “Luther.” It was in a world religions class my wife, Tina, and I took together in college. Of course I knew almost nothing about ecclesiastical history, but images are powerful things, and I can recall to this day sitting in the back of that lecture hall, looking up at the screen and watching that humble Scripture scholar standing before the emperor of the Holy Roman Empire, the Electors of Germany, and, of course, all those grim-faced, intolerant, narrow-minded Catholic authorities, and insisting that he must stand with what he saw Scripture to be teaching, even if it meant opposing popes and councils and the entire weight of Catholic Tradition.

Unless I am convinced by Scripture … My conscience is captive to the Word of God. Here I stand, I can do no other. God help me! Amen.

As I watched Luther and heard him speak those historic words, my eyes instantly filled with tears. I wanted to be like that man!

No. In fact, the Church has admitted that much of Luther’s critique of the moral state of the Church at the time was true. The Church in the early 16th century stood in desperate need of spiritual reform. There was corruption and abuse of authority, and it appears to have extended to the highest levels of the Church’s hierarchy.

Indeed, Pope Hadrian VI confessed publicly in 1523 — only two years after Luther spoke those historic words before the Diet of Worms:

We know that for years there has been many abominable offences in spiritual matters and violations of the Commandments committed at this Holy See, yes, that everything has in fact been perverted …. The first thing that must be done is to reform the curia, the origin of all the evil.3

No one can deny that the evils provoking reform in the Church were deep-rooted and widespread. They threatened the very life of Christendom itself. All who thought at all about what was going on around them realized how perilous things were and how great was the need of reform …. Every kind of man would violently attack such monstrous abuses …. It was from all this that the turmoil sprang, and as it increased in violence threatened to destroy the Christian Church itself.4

The position of the Church has never been to insist that everything Luther had to say was wrong. No. Much of what he had to say was right and true. What the Church has insisted, however, is that the key solutions Luther gave to the Church’s problems, summed up in his doctrines of sola fide (justification by faith alone) and sola Scriptura (Scripture as the sole infallible rule of faith and practice for the Church) were wrong and have had catastrophic consequences, not least being the shattering of Christendom.

The split that resulted from Luther’s head-on collision with the Church is one of the great tragedies of Christian history. As a result, there are now hundreds and even thousands of Protestant denominations, sects and independent ecclesial movements.

What I wish to do in this series of short articles is tell the story of Martin Luther. I want to tell it as sympathetically as I can. As one who nearly worshipped Luther for a long, long time, this isn’t hard for me to do. I want to tell the story as Lutheran schoolchildren are taught it all over the world, as my son and daughter, who as children attended Lutheran schools, were taught it.

But then, I want to also tell the parts Lutheran schoolchildren do not hear. As Paul Harvey used to say, I want to tell “the rest of the story.”

Luther was born November 10, 1483 in the German village of Eisleben. As was the custom of the time, his parents brought him to St. Peter’s Church the very next day where he was baptized Martin, after St. Martin of Tours, whose feast day it was.

Early on Luther’s parents, Hans and Margaretta, saw tremendous potential in their son and took steps to make sure he received a good education. After attending school in Magdeburg and Eisenach, where Luther lived for a time with relatives, he entered the University at Erfurt, considered by many to be the finest German university of the time. In fact, a common saying held that “He who would study rightly, must go to Erfurt.” Luther’s parents cherished high hopes that their son would use his obviously bright mind to make a career in law and be in a position to support them in their old age.

But this was not to be. At the age of 21, returning to the University after visiting his family, a dramatic incident occurred that marked a turning point in young Martin’s life. As he walked along the road just outside the Saxon village of Stotternheim, the sky grew dark. Suddenly a violent storm broke out, so violent that Luther feared for his life. He cried out, “Saint Anne, help me! I will become a monk!”

The time would come when Luther would repudiate the decision he made that day. In fact, he would later say that the call that came to him was not a call from God, but from the devil. At the time, however, he viewed it as a call from God. And he wasted no time in acting upon it. He spent two weeks putting his affairs in order; his friends threw him a farewell party and the next morning accompanied him to the gate of the Augustinian monastery in Erfurt. “You see me today,” he said, “and never again.”

Why Luther Became a Monk

The question has been asked: Why did Luther decide so quickly to leave the path he had chosen, to abandon the goals his parents had set for him, and become a monk? Hans and Margaretta were infuriated when they heard what he had done. Why did he do it?

It’s clear, first of all, that Luther already had some attraction to the monastic life. In other words, this wasn’t something that came entirely out of the blue, as it can seem from reading the account we have.

You and I live at a very different time and culture. We can walk around for a year and not run into a monk. And if we do, we think we’ve stumbled onto a movie set. In Luther’s day, there were monks everywhere. Young Martin had seen these saints on the streets and was drawn to their holiness.

Later in life, he recalled an image that had particularly struck him at a very young age — Prince William of Anhalt, who had forsaken his place in the nobility to become a begging friar.

With my own eyes I saw him. I was fourteen years old at Magdeburg. I saw him carrying the sack like a donkey. He had so worn himself down by fasting and vigil that he looked like a death’s-head, mere bone and skin. No one could look upon him without feeling ashamed of his own life.5

Add to this the fact that at the time it was common belief that the surest, straightest route to heaven was living out the monastic disciplines of poverty, chastity, and obedience. Some said that a monk who died wearing his cowl could expect to receive special treatment at the gates of paradise, sort of like a celestial “Easy Pass” for those navigating the toll roads to heaven.

There was a story told of a Cistercian monk who in a high fever had taken off his cowl and died before he could get it back on. He went to heaven but was out of uniform and so was not allowed in. He was condemned instead to walk around the outside looking in at the festivities — that is, until someone had mercy on him and he was allowed to return to earth to retrieve his missing garment.

All of this would have been in Martin’s mind.

But there was more. Later in life, on more than one occasion, Luther is reported to have spoken about why he had entered the monastery. And when he did, another factor comes into focus. He is reported, for instance, to have said, “My mother caned me for stealing a nut, until the blood came. Such strict discipline drove me to the monastery, although she meant well.”6 On another occasion he spoke of his father whipping him so harshly that he ran away from home. In another place Luther repeated this same basic theme: “The serious and austere life that they [his parents] led with me caused me to enter a monastery and become a monk.”7

Now, it’s clear that Luther loved his mother and father and understood that what they had done they had done with good intentions. But it’s also clear, and anyone reading Luther’s life will see this, that his experiences growing up — and in a special way his relationship with his father — contributed to struggles he had with depression throughout his life.

I believe this also had a tremendous effect on how Luther viewed God. It’s impossible from so great a distance to weigh these sorts of influences, but I have no doubt that Luther’s upbringing played some part in instilling in Luther a vision of God as severe, demanding, impossible to please — a vision of God that would later drive him to rethink his entire theology of salvation.

Up Next: Luther: The Rest of the Story, Part II: The Road to Wittenberg

1. Heiko Oberman, Luther: Man Between God and the Devil, p. 8