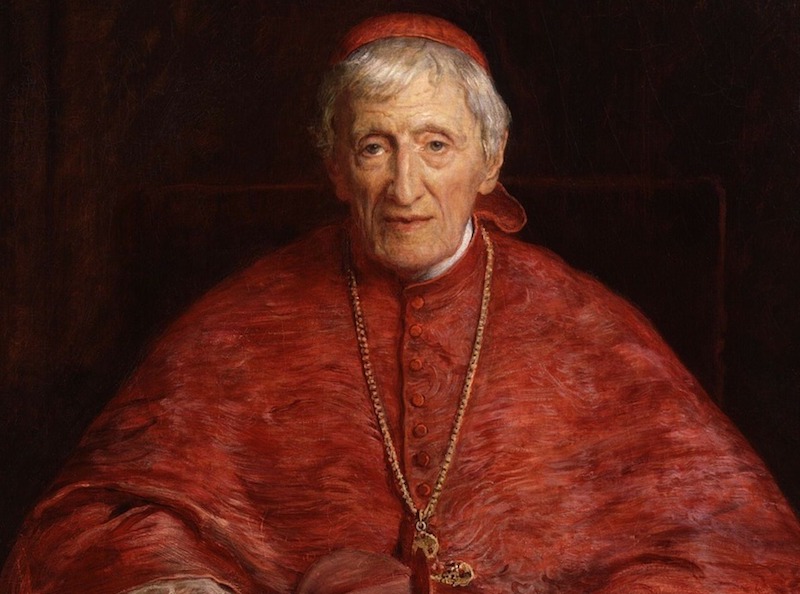 One of the names that comes up most often in our conversations at The Coming Home Network International is that of John Henry Cardinal Newman (1801-1890), who was beatified by Pope Benedict XVI in 2010 and whose feast day is October 9.

Many cite the influence of his Essay on the Development of Doctrine, or Apologia Pro Vita Sua as benchmark documents that helped them understand the question of spiritual authority, the importance of the Church Fathers, and the necessity of apostolic tradition. And of course, he’s regularly quoted by guests on The Journey Home, especially his clever quip that “to be deep in history is to cease to be Protestant.”

How has Bl. John Henry Newman impacted your own faith life? Maybe you’ve related to some of his academic insights, or perhaps his deeply devotional hymns and poetry? Perhaps it was learning about the personal and professional obstacles he faced in the course of becoming Catholic that made his story resonate with you. Whatever it is about the life and thought of Newman that has had an influence on you, we’d love to hear it!

Here’s what some of our members and readers have had to say: 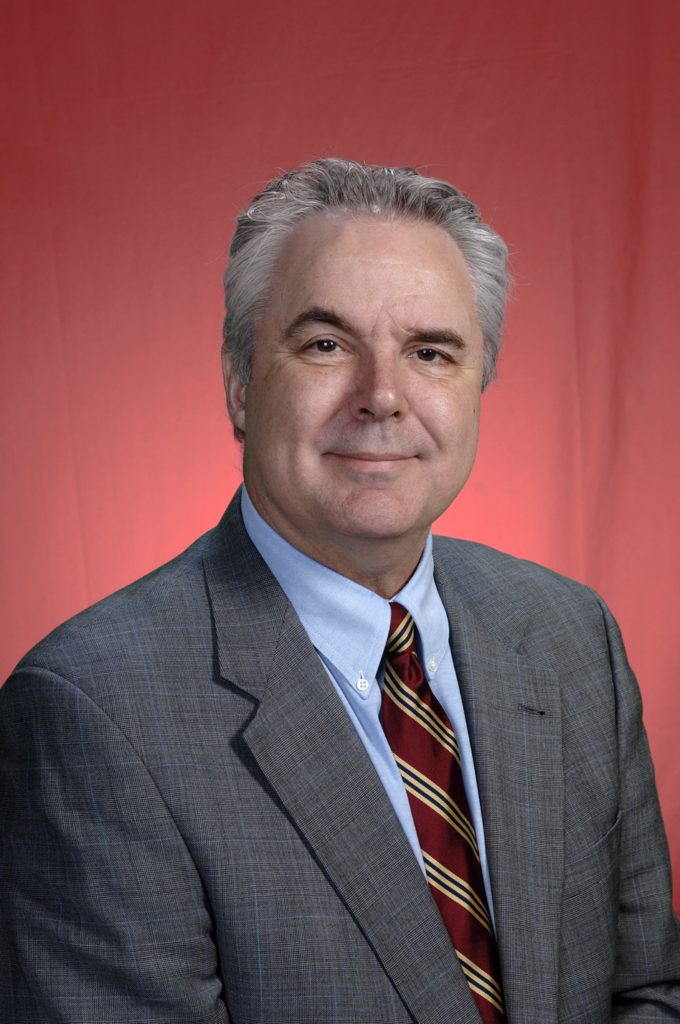 “It would require reams of paper to ennumerate all the ways that the writings and example of John Henry Cardinal Newman sparked, guided, and completed my personal journey into the Catholic Church, as well as the work of the Coming Home Network. After much study and debate with Catholic apologists, it was Newman’s Apologia Pro Vita Sua that convinced me I could no longer remain Protestant, and it was his Essay on the Development of Doctrine that finally convinced me to become Catholic. And the truth of his personal testimony that ‘to become deep in history is to cease to be Protestant’ has been continually reiterated and confirmed in our work and especially in the testimonies shared on the Journey Home program.

But maybe most poignant were his devotion to the Blessed Mother, his rejection of creeping Modernism, and his prophetic warnings of the scandals and crises that were imminent—which proved to be true in the wars and corruption of the twentieth century, and especially now. He strongly believed that we are living in the Last Days. It is important to seriously consider the becoming, urgent call he would give to his non-Catholic Christian friends who were being drawn toward the Catholic Church: Don’t miss this moment of grace!”

“Blessed John Henry Newman was instrumental in helping me understand the beliefs and devotion to Mary. Although he was initially skeptical about perceived excesses in Catholic devotion, he brilliantly showed that very early Church Fathers such as St. Justin Martyr and St. Irenaeus had taught about Mary as the ‘new Eve’ and showed her special honor. Newman had previously helped me understand how doctrines develop with his masterful Essay on the Development of Christian Doctrine, and I was especially helped by his discussion of the Blessed Mother in the sixth note on true development. Finally, I was greatly inspired and encouraged by his Apologia and by various biographies to see how he was received into the Church at great cost to him personally, and then to read about how his faithful obedience would later impact the lives of countless others.”

“I first encountered Newman’s work in my doctoral program in historical theology, when I was still an ordained Protestant minister. His Essay on the Development of Doctrine and Apologia pro Vita Sua opened my eyes to realities that were essential to my conversion to the Catholic faith. Later, his Idea of a University deeply shaped my understanding of my role as a university professor. More recently, his sermons and essays on Our Blessed Mother and on the Antichrist have inspired fruitful reflection. And his oft-quoted insight about God’s providence continues to give me peace with its comforting refrain: ‘He knows what He is about.'”

“I came to Newman after the balance in my own spiritual life had already started tipping somewhat toward the Catholic faith. It wasn’t as though I sought him out; the opposite was much more the case. The more I read of especially G.K. Chesterton, the more Newman seemed to appear in the background of the things I was reading. I remember, for example, especially being struck by a passage from Chesterton’s biography of Aquinas, where he quipped, ‘When we say that a puppy develops into a dog, we do not mean that his growth is a gradual compromise with a cat; we mean that he becomes more doggy and not less.’

I thought this was a pretty novel and revolutionary insight from Chesterton, only to discover that it was a concept fleshed out thoroughly and expertly by Newman in his Essay on the Development of Doctrine a half century before.  And there were many other epiphanies and insights like this, where I’d start to think I’d come across some new and extraordinary insight into the Church, only to find that Newman had come to it much earlier than I had, and explained it much better than I ever could.”

“When considering some of the doctrines and devotions that Luther and Calvin rejected, while reading Newman, it occurred to me that there was no principled way to identify Lutheran and Calvinist reform as authentic developments of doctrine, nor was there a principled means for their rejection of the Marian dogmas for instance as ‘heretical’ apart from their own opinion.  Newman realized these so-called ‘innovations’ were in fact brought about by the guidance of the Holy Spirit through the Magisterium.  So, the rational thing for me was to reject the Lutheran and Calvinist reforms ‘in principle’ as heretical innovations.”

“John Henry Newman’s influence on my journey was indirect.  Since I was initially inclined to become an Anglican, I knew about the Oxford Movement and his conversion to the Catholic Church.  I was very interested in Thomas Howard’s conversion, and he mentioned Newman in his books, which I read. Newman also kept coming up in Journey Home episodes, so I became familiar with the concept of the development of Christian doctrine through the secondhand testimony of others.

And I accepted it, partially because I could see it happening in the pages of the New Testament with the council of Jerusalem in Acts, as well as in God’s progressive revelation throughout the Old and New Testaments.”

'To be deep in history is to cease to be Protestant.' - John Henry Newman Click To Tweet 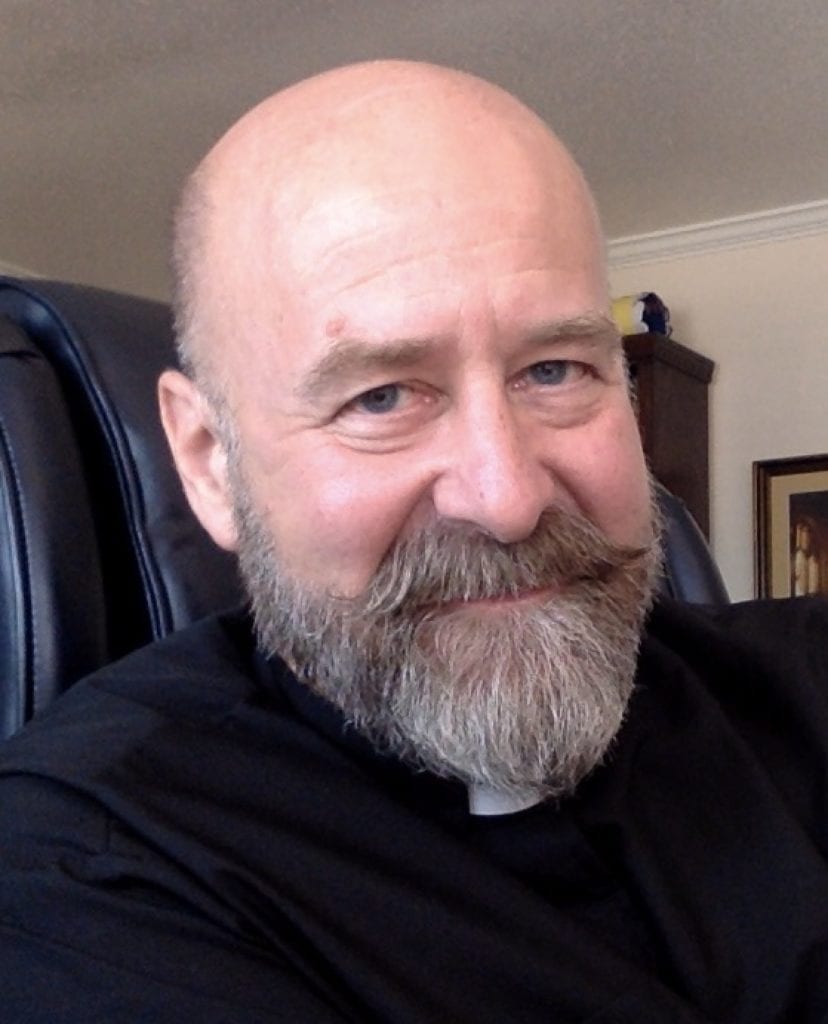 “Fr Ian Ker’s biography, along with Newman’s own Apologia, helped me understand the Evangelical roots of Newman’s faith. So often he’s seen as the Anglo-Catholic who finally swam the Tiber. In fact he was brought up as a Sunday school, street witnessing Evangelical. For those of us from the same background, his progress through the Anglican Church to the ‘big old church of Rome’ was a Kindly Light leading amid the encircling gloom leading us home.”

“As with so many converts, Newman got under my skin when I first heard his infamous, ‘To be deep in history is to cease to be Protestant.’ But he drove me crazy when in his Essay on the Development of Christian Doctrine he went on to say that it was ‘easy’ to show that the early Church was not Protestant. He positively pushed me over the ledge when a page or two later he insisted that if the system of doctrine I held as a Protestant minister had ever existed in the earliest centuries of Christian history, ‘it has been clean swept away as if by a deluge, suddenly, silently, without memorial.’ There is simply no evidence of it in the historical record, he was asserting.

A few months later I came home from work and said to my wife Tina, ‘I’ve been crawling around in the early Church a great deal lately. I’ve looked under every rock and behind every tree and… Honey, there ain’t a Baptist in sight!'”

How has Blessed John Henry Newman impacted your own faith life? Please share in the comments below!