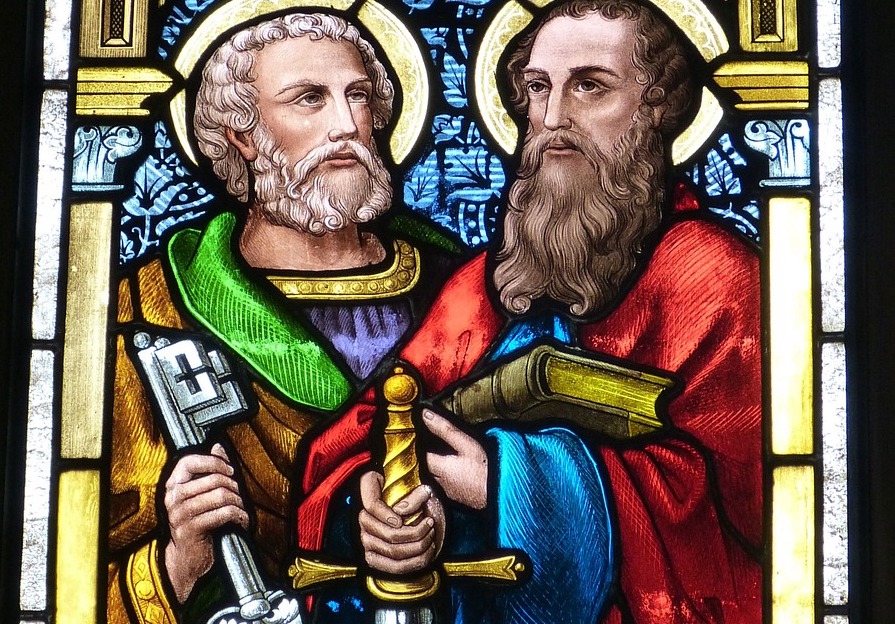 This week’s Journey Home episode was an encore of our 2015 conversation with Fr. Leo Patalinghug, who shared what sparked him to care about his faith in his teens, and follow a call to the priesthood.

In our latest Signposts video short, CHNetwork’s own Seth Paine encourages converts to bring their gifts into the Church with them.

Ken Hensley’s concluding article in his series on Martin Luther looks at Ken’s own experience as a Baptist pastor, and how he practically treated the doctrines of sola fide and sola Scriptura.

Isn’t Mass repetitive and boring? Lorelei Savaryn, who served on praise and worship music teams as an Evangelical, shared her perspective.

And we shared another live stream on YouTube, where CHNetwork staff discussed what they thought of the Sign of the Cross both before and after becoming Catholic.

Deacon Greg Kandra pointed out a simple campaign in Wales that is bringing people back to Church.

KV Turley shared the story of 12 Anglican nuns who all joined the Catholic Church together in 2013.

And Desiree Hausam reflected on Christian unity in light of the movie The Dark Crystal.

Pope Francis met with Orthodox leaders this week, and among other things, discussed the situation of the Church in Ukraine.

The German bishops are eyeing next steps after receiving a CDF document on communion for interdenominational couples.

And King Abdullah of Jordan has been honored for his work to promote interfaith understanding, including relations between Muslims and Catholics.

Our Sunday Visitor shared 10 Vatican documents that every Catholic should consider reading.

Stephen Beale argued that praying to saints is more Biblical than you realize.

And David Mills shared a few of Dorothy Day’s most profound thoughts on the Mass.

AND A CATHOLIC STATUE RESTORATION IS IN THE NEWS…

A recent attempt to restore a Spanish statue of St. George has received mixed reviews, to say the least. What do you think?

A former Presbyterian pastor being confirmed Catholic this weekend, A member on the journey who’s struggling with loneliness, and a convert asking for prayers as he discerns the diaconate – these are just a few examples of the people we are praying for and working with this month at The Coming Home Network International. Please help us continue to support those on the journey by visiting chnetwork.org/donate today!

“The preaching of the Church truly continues without change and is everywhere the same. It has the testimony of the Prophets and Apostles and all their disciples.”