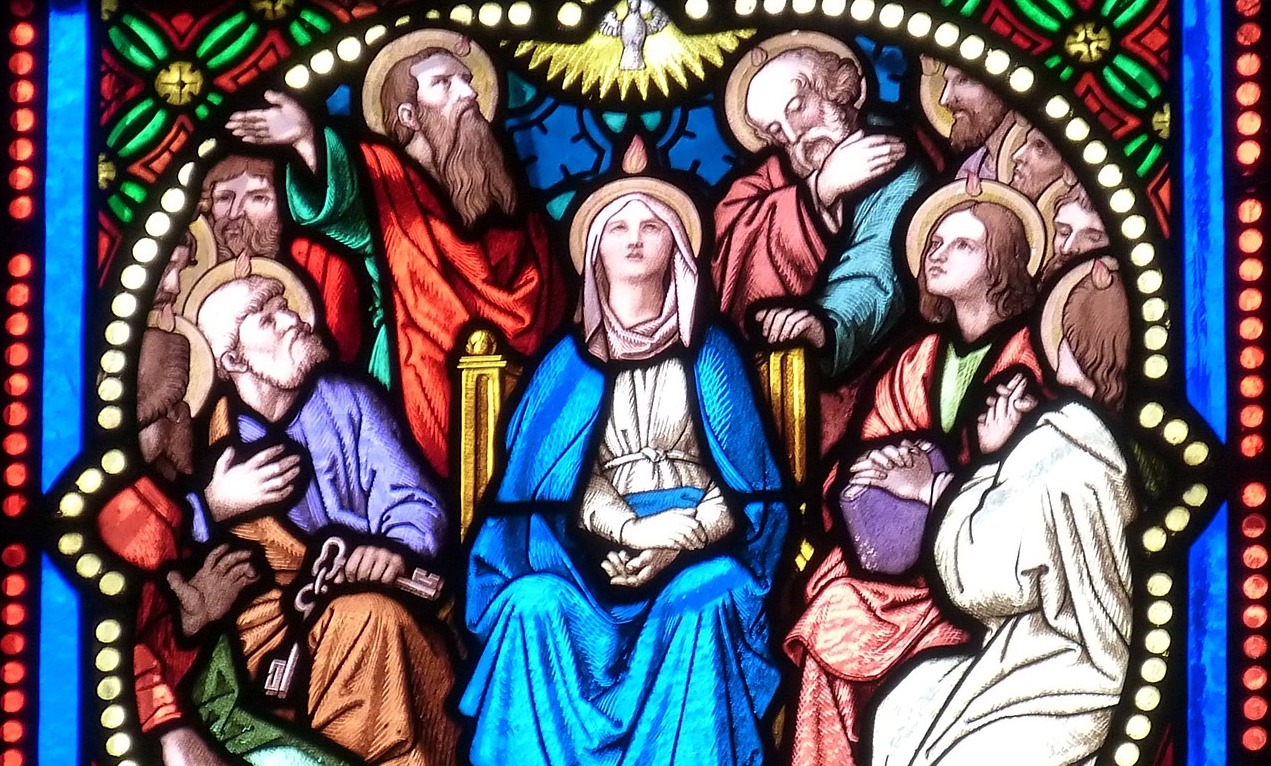 This week’s Journey Home episode was an encore featuring Dr. Jeffrey Morrow, who was raised Jewish and became an Evangelical Christian on his way to the Catholic Church.

We published a new Signposts video short with Tom Murphy, whose path back to Catholicism began with the question, “what is the Church?”

Our newest written conversion story comes from Jesse Ware, an Evangelical who became Catholic, drifted away, and then returned to the Catholic Church again.

Charles Hoffman continued his article series on Mary from a Jewish convert’s perspective, focusing on her perpetual virginity and the title “Mother of God.”

We hosted another live stream on our YouTube channel, discussing the nature of authority in the early Church. Join us this coming Wednesday, May 23 at 3PM Eastern for the next one!

And we made available another online video from our Deep in History archives: this time, it’s a 2010 talk from Fr. Mitch Pacwa on methods of Biblical interpretation.

Sohrab Ahmari looked at the legal consequences that converts to Christianity face in Iran.

Joanna Bogle shared how British Catholics are praying for the canonization of John Henry Newman.

And Deacon Greg Kandra linked to a powerful story about women in an Ohio prison being received into the Catholic Church.

Over this past weekend, Pope Francis met with the head of the Slovak and Czech Orthodox Churches, and reflected on our common heritage of holiness.

An ecumenical group in Pennsylvania has put out a collaborative book in appreciation of the Virgin Mary.

uCatholic highlighted a recent poll in which two-thirds of surveyed Russian Orthodox Christians agreed with the “filioque clause” in the Nicene Creed.

And Dr. Jared Staudt talked about how to be both a big ‘C’ Catholic and a small ‘c’ catholic.

Dr. Peter Kreeft unpacked the Four Marks of the Church.

Steve Ray pondered whether Peter was the broken peg prophesied about in Isaiah 22.

Ray Sullivan shared some tips for using the Scriptures to defend the Catholic faith.

And Philip Kosloski explained how miracles are approved by the Catholic Church.

AND THE POPE HAS AUCTIONED OFF A SPORTS CAR…

Chaldean Patriarch Louis I Sako has thanked Pope Francis for donating 715,000 Euros from an auctioned Lamborghini to Aid to the Church in Need.

A convert whose spouse is concerned about her interest in the Church, a lapsed Catholic who wants to return to the Church and isn’t sure what to do next, and a member who’s gotten back in touch with CHNetwork after a few years of silence  – these are just a few examples of the people we are praying for this month at The Coming Home Network International. Please help us continue to support those on the journey by visiting chnetwork.org/donate today!