Scripture and Tradition, Part IV: Their Role in the New Testament 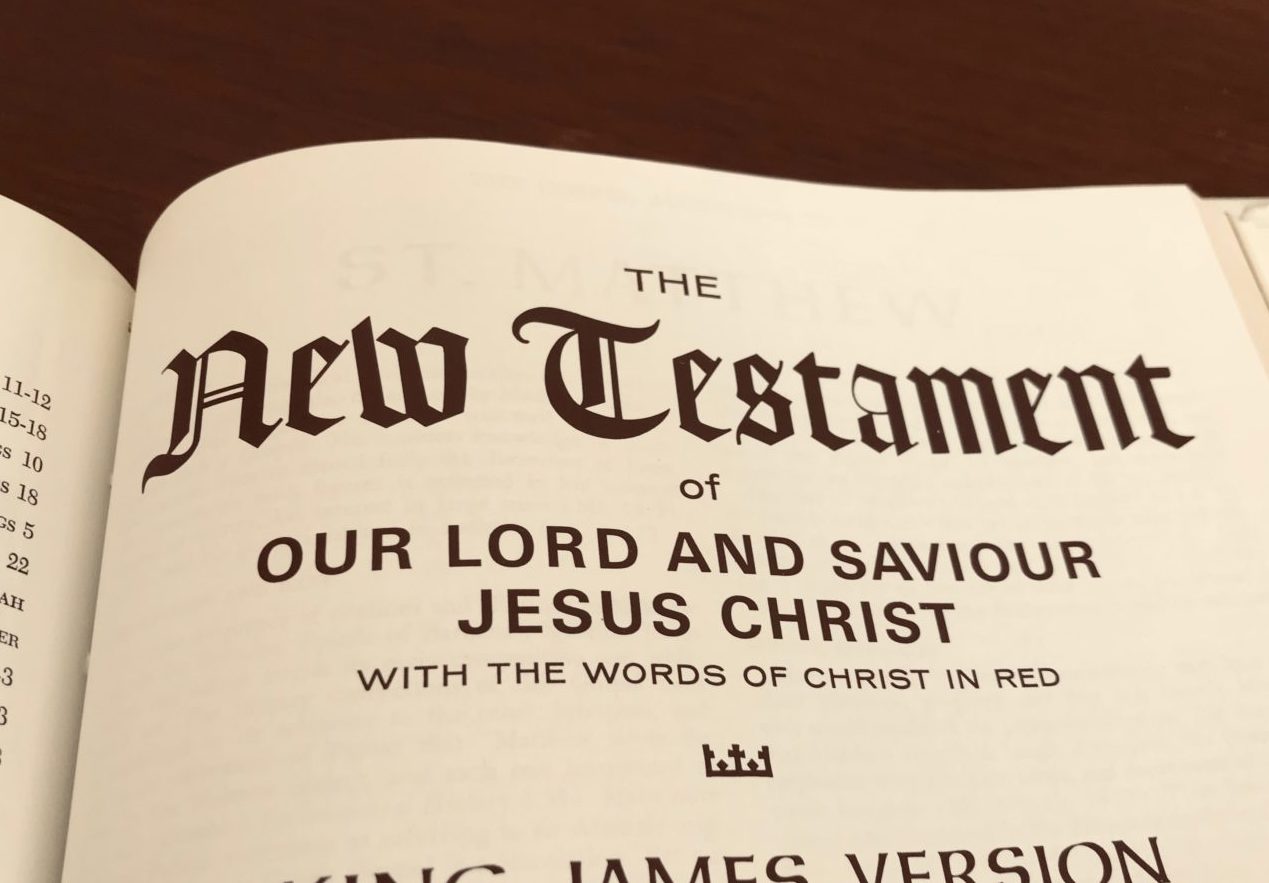 This is part of an ongoing series about Scripture and Tradition. Read previous installments: Part I Part II Part III

But as for you, continue in what you have learned and have firmly believed, knowing from whom you learned it and how from childhood you have been acquainted with the sacred writings which are able to instruct you for salvation through faith in Christ Jesus. All scripture is inspired by God and profitable for teaching, for reproof, for correction, and for training in righteousness, that the man of God may be complete, equipped for every good work. (2 Timothy 3:14-17)

The text of 2 Timothy is the source of the word “inspiration” in Christian theology. The word, however, is not explained. The New Testament itself does not claim inspiration, nor can the development of this belief be traced. It should be noted that, when St. Paul wrote his letters, there was no New Testament and that “all scripture” referred to the Old Testament. But which books make up the Old Testament?

The canon of the Bible is the Church’s official list of sacred writings. The discernment of a “canon” of Sacred Scripture was the result of a long and complex process. The Catholic canon includes 46 books of the Old Testament and 27 of the New. The canon of the Old Testament was firm by the fifth century, despite some questioning by scholars. All the New Testament books were generally known, and most of them were acknowledged as inspired by the end of the second century. However, prior to the end of the fourth century, there was controversy over the inspired character of several works: the Letter to the Hebrews, James, Jude, 2 Peter, 2 and 3 John, and Revelation. Controversy ended in the fourth century, when all the books enumerated in the canon stated by the African councils, held in Hippo in 393 and in Carthage in 397, were affirmed by Pope Innocent I in 405 AD. The Council of Trent solemnly defined the canon of the Bible in the dogmatic decree De Canonicis Scripturis, April 8, 1546.

About 100 years before Christ, there were apparently two collections of sacred Books in common use. One, in Hebrew, came to be known as the Palestinian collection. The other, in Greek, was called the Septuagint (from the Greek word for seventy, following a tradition that it came from seventy translators) or Alexandrian (from the city in Egypt where it originated) collection. This Greek version included some books written in Greek and Aramaic (the spoken language of the Jews before and during the time of Christ), as well as those translated from Hebrew, and so was larger than the Palestinian collection. Since Greek was then the common language of the Mediterranean world, the Alexandrian collection became more widespread. Neither of these collections reached its definitive form until after the time of Christ.

The Alexandrian collection was accepted by Christians as their Old Testament. The Palestinian collection was fixed by consensus of rabbis, probably about 100 AD, by the Synod or Council of Jamnia, and certainly by the end of the second or early in the third century. This collection, embodying the tradition and practice of the Palestinian community, did not include a number of works found in the Alexandrian version, in use by the Greek-speaking Jews of the Dispersion (outside Palestine). There were strong tensions between the Jews of the Palestinian community and the Greek-speaking Jews of the Dispersion before the time of Christ. After the Pentecost event in which the Christian Church was established, tensions arose between the Palestinian Jews and the Jewish-Christians, who justified and defended novel teachings of Jesus by referring to the Septuagint (Greek) books not found in the Palestinian collection. It was therefore a normal reaction for the Palestinian Jews to want to establish criteria for rejecting these books. The rejected works, called “apocrypha” and not regarded as sacred, are: Tobit, Judith, Wisdom, Sirach, Baruch, 1 and 2 Maccabees, six chapters of Esther, and three passages of Daniel (3:24-90; 13; 14). In Catholic usage, they are called “deuterocanonical,” because they were under discussion for some time before questions about their canonicity were settled. Books regarded as canonical with little or no debate were called “protocanonical.” The status of both categories of books is the same in the Catholic Bible. They are held to be inspired and sacred by the Catholic Church.

A thousand years after the Catholic Church first enumerated the canon of the Bible at the African councils mentioned earlier, the Protestant Reformers reverted back to the Palestinian Old Testament canon. They rejected the aforementioned books, although they are included in some Protestant Bibles under the heading of “Apocrypha” (“hidden books”). The question is, on what authority were these books rejected by the Reformers? In the 16th century, Martin Luther also questioned the inspiration of four New Testament books: Hebrews, James, Jude, and Revelation. However, other Protestants maintained the traditional list, and it soon prevailed. As a result, all Christians today share the same canon of the New Testament.

In his Second Letter, Peter writes:

And we have the prophetic word made more sure. You will do well to pay attention to this as to a lamp shining in a dark place, until the day dawns and the morning star rises in your hearts. First of all you must understand this, that no prophecy of scripture is a matter of one’s own interpretation, because no prophecy ever came by the impulse of man, but men moved by the Holy Spirit spoke from God. (2 Peter 1:19-21)

Who, then, is the authentic interpreter of the prophecy of Scripture, if not the Church?

To summarize, the Bible does not tell us the following:

• That the books of the Bible are the Word of God.

• That only through the Scriptures does God reveal truths for our salvation, and that we must reject all teachings and doctrines that are not explicitly mentioned in the Bible.

• That the Holy Spirit provides inspiration to every Christian to interpret the Bible correctly.

But the New Testament certainly speaks about the position of Tradition.

And we also thank God constantly for this, that when you received the word of God which you heard from us, you accepted it not as the word of men but as what it really is, the word of God, which is at work in you believers. (1 Thessalonians 2:13)

Were there other teachings that St. Paul preached, which he did not write in his letters to the various communities, teachings they were also obligated to believe and follow? The answer could not be any clearer than in his Second Letter to the Thessalonians:

So then, brethren, stand firm and hold to the traditions that you were taught by us, either by word of mouth or by letter. (2 Thessalonians 2:15)

And the Apostle John writes in his Second Letter:

Though I have much to write to you, I would rather not use paper and ink, but I hope to come to see you and talk with you face to face, so that our joy may be complete.

This same Apostle also writes in his Gospel:

Now Jesus did many other signs in the presence of the disciples, which are not written in this book; but these are written that you may believe that Jesus is the Christ, the Son of God, and that believing you may have life in his name. (John 20:30-31)

Following Jewish tradition, these Apostles and Evangelists, as recorded in the New Testament Scriptures, obviously did not reduce to writing all that Jesus taught and did, knowing that God would continue to guide the Church through the Holy Spirit in the same way He led Israel.

In the next section I would like to briefly address what authority the Catholic Church and other Christian denominations base their claims regarding God’s revelation.