Scripture and Tradition, Part III: Their Role in Catholicism 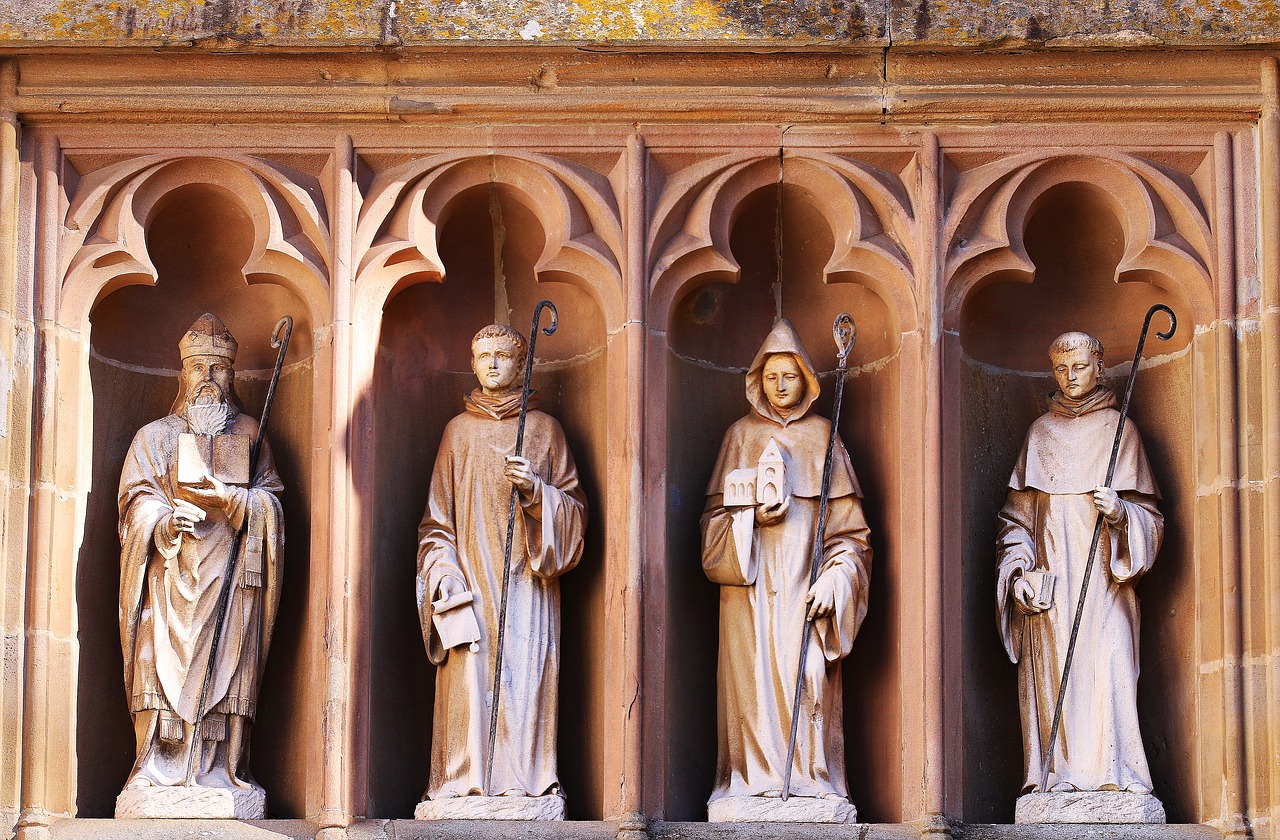 This is part of an ongoing series about Scripture and Tradition. Read previous installments: Part I Part II

If Jesus told the Jews, as noted earlier, that He came to fulfill and not destroy, should not, then, the Church He founded possess characteristics similar to those of the ancient faith? What was ancient Judaism? Judaism was a revealed religion with God-ordained faith, worship, and way of life. As an organic religion, Judaism dated from Moses, the lawgiver, through whom God instituted the religious and civil requirements of the Israelites. The Torah (first five books of the Bible) and the other inspired prophetic writings in the Old Testament set forth Judaism, pure and unadulterated. Based also upon the Oral Law, God is said to have communicated to Moses with the Commandments, something which Jews did not reduce to writing during the priest-functioning ages of Israel. Hence Orthodox Judaism today holds that the source of revelation is both the written and the unwritten word of God, contained in both Scripture and Tradition. Jewish beliefs, such as the coming of the Messiah and the resurrection of the dead, although based on Scripture, come from the oral Tradition and not from explicit passages in the Scriptures. Jesus used both to prove that He was the promised Messiah. Jesus obviously agreed that the God of Israel revealed Himself to the Jews through the Scriptures as well as Tradition when He said of the Pharisees and scribes that often confronted Him:

Then said Jesus to the crowds and to his disciples, “The scribes and the Pharisees sit on Moses’ seat; so practice and observe whatever they tell you, but not what they do; for they preach, but do not practice.” (Matthew 23:1-3)

In referring to the seat of Moses, Jesus was telling the crowds and His disciples that the scribes and Pharisees had the same authority that Moses had. But this seat of Moses is no where to be found in the Old Testament Scriptures. It must, therefore, have come from oral Tradition.

Would God then not continue to guide His Church in the future in a similar manner as He guided Israel in the past? While Jesus lived, He never told anyone to record what He said or did. He didn’t leave a book, which would provide us with all our beliefs, and how we should live. Although Jesus quoted the Old Testament Scriptures frequently, He never said which books constitute sacred Scripture. The Apostles never provided a list. That God continues to reveal Himself through the Church in the same manner that He did to ancient Israel is clearly stated in paragraph 76 of the Catechism of the Catholic Church:

In keeping with the Lord’s command, the Gospel was handed on in two ways:

– orally “by the apostles who handed on, by the spoken word of their preaching, by the example they gave, by the institutions they established, what they themselves had received — whether from the lips of Christ, from his way of life and his works, or whether they had learned it at the prompting of the Holy Spirit”;

– in writing “by those apostles and other men associated with the apostles who, under the inspiration of the same Holy Spirit, committed the message of salvation to writing.”

It is written in the Book of Exodus that God made a covenant with the people of Israel and gave them the Law through His servant Moses during the Exodus, while crossing through the desert of Sinai. God built up this people as “a kingdom of priests and a consecrated nation” (Exodus 19:6). Yet within this people, completely priestly in nature, God chose one of the twelve tribes, that of Levi, for liturgical service. Moses’ brother Aaron (the first High Priest) and his sons were consecrated by means of a unique rite (see Exodus 29:1-30) and their functions, duties, and rites were established in a detailed way, above all in the book of Leviticus. This power was passed on to their male descendents. Having been appointed to proclaim the word of God (see Malachi 2:7-9) and to build up communion and peace with God by means of sacrifice and prayer, the priest was always a source of hope, of glory, of strength, and of liberation within the people of Israel, which maintained its faith in the future Messiah. This priesthood lasted until the destruction of the Temple in Jerusalem by the Romans in AD 70. Today, Orthodox Jews are awaiting the coming of the Messiah so that he can restore the Temple in Jerusalem, the Jewish priesthood and the Temple sacrifices. But at the Last Supper, Jesus instituted the Eucharist, made a new covenant and established a new priesthood not based on genealogy. St. Paul writes in his first letter to the Corinthians:

For I received from the Lord what I also delivered to you, that the Lord Jesus on the night when he was betrayed took bread, and when he had given thanks, he broke it, and said, “This is my body which is for you. Do this in remembrance of me.” In the same way also the cup, after supper, saying, “This cup is the new covenant in my blood. Do this, as often as you drink it, in remembrance of me.” For as often as you eat this bread and drink the cup, you proclaim the Lord’s death until he comes. (1 Corinthians 11:23-26)

Paragraph 1337 of the Catechism of the Catholic Church states:

In order to leave them a pledge of this love, in order never to depart from his own and to make them sharers in his Passover, he instituted the Eucharist as the memorial of his death and Resurrection, and commanded his apostles to celebrate it until his return; “thereby he constituted them priests of the New Testament.”

Why would Jesus order the Apostles to celebrate the Eucharist in memory of Him until He comes if they would all die before He returned? Does it require much thought to see that here was another instance in which Jesus was making it clear that the power He gave to Peter and the Apostles was meant to be passed on? Apostolic preaching was continued in apostolic succession, as stated in paragraphs 77 and 78 of the Catechism of the Catholic Church:

77 “In order that the full and living Gospel might always be preserved in the Church the apostles left bishops as their successors. They gave them ‘their own position of teaching authority.’” Indeed, “the apostolic preaching, which is expressed in a special way in the inspired books, was to be preserved in a continuous line of succession until the end of time.”

78 This living transmission, accomplished in the Holy Spirit, is called Tradition, since it is distinct from Sacred Scripture, though closely connected to it. Through Tradition, “the Church, in her doctrine, life, and worship perpetuates and transmits to every generation all that she herself is, all that she believes.”

Since the time of Moses, Jews understood that the covenant God made with them through Moses and the institutions He established — the priesthood, animal sacrifice, and the Law — were to be passed on from generation to generation. In the same way, the Apostles, all Jews, understood that the New Covenant Jesus had established and the authority given to them, and in particular to Peter via the Keys of the Kingdom, was also to be passed on from generation to generation, until He comes again.

In Part IV, we’ll look at the way the relationship between Scripture and Tradition is treated in the New Testament.