What Was the Reformation, and Why Did it Happen, Part 3: The Rise of Humanism 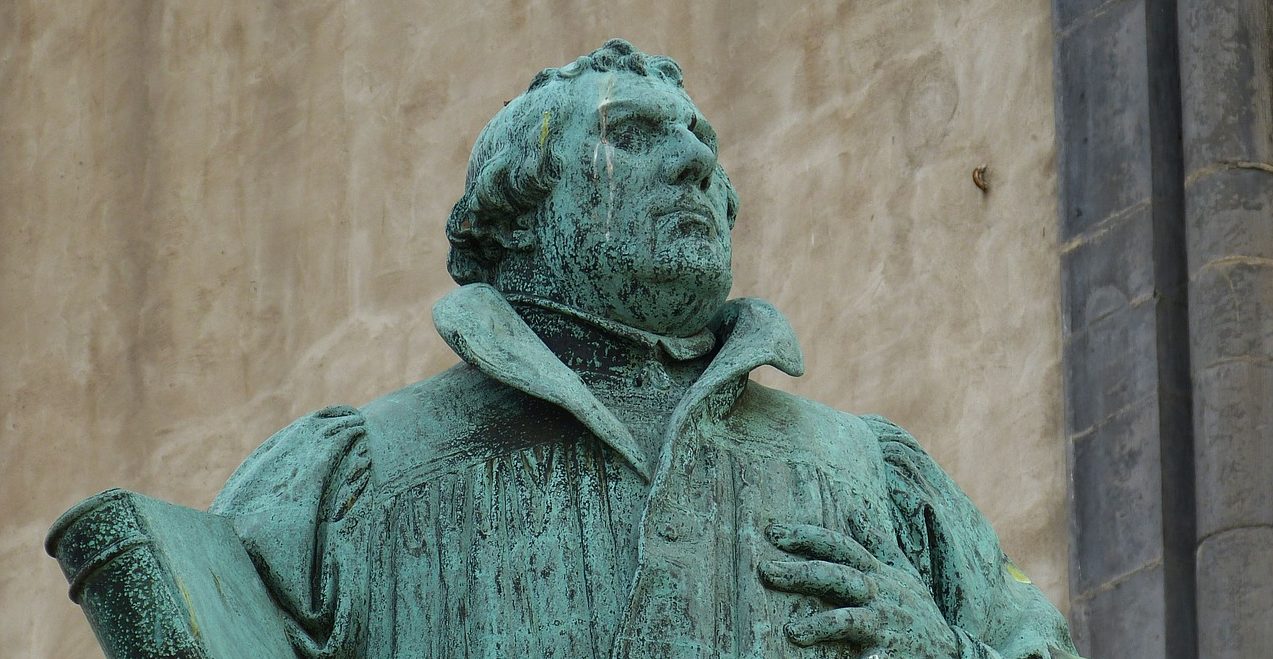 This is part 3 of an ongoing series on the Reformation. Part 1 Part 2

In this one and only Church of God from its very beginnings there arose certain rifts, which the Apostle strongly censures as damnable. But in subsequent centuries much more serious dissensions appeared and large communities became separated from full communion with the Catholic Church — for which, often enough, men on both sides were to blame (Catechism of the Catholic Church, 817)

Some of us don’t think much about this issue of division in the visible Body of Christ. I didn’t used to think much about it. Truthfully, I was so accustomed to the idea that Christianity existed in a fragmented state, that it didn’t bother me. Like kids growing up in a broken home, at first it may seem impossible that Dad doesn’t live with us any more, but after a while it seems perfectly natural.

Oh, I knew Christianity had been divided into Catholic and Eastern Orthodox, and then later into all the Protestant denominations and sects and independent Christian fellowships. I knew these contradicted one another on many points of doctrine — even in their moral teachings. I viewed this as unfortunate, but as something for which there really was no answer. After all, these churches simply don’t agree with one another on what the true teachings of Christianity are. And since (in my view as an evangelical Protestant) there was no spiritual authority on earth to decide these issues and unite all Christians in one Church, what could be done?

It was just the way things were.

It wasn’t until many years later that the prayer of Jesus recorded in the 17th chapter of John’s Gospel caught my eye:

I do not pray for these only [referring to his disciples] but also for those who believe in me through their word, that they may all be one …. I in them and you in me, that they may become perfectly one, so that the world may know that you have sent me and have loved them even as you have loved me (John 17:20-23).

And it struck me. Here’s Jesus in the Upper Room with His Apostles. In a few moments He will leave that room to enter Gethsemane and face His arrest. These are close to being our Lord’s last recorded words before His passion. And what does He have on His mind? “Father, that they may become perfectly one.” Another translation reads, “that they may be brought to complete unity.” And why? “So that the world may know that you have sent me and have loved them even as you have loved me.”

Jesus tells us that one of the strongest arguments for the truth of the Christian message will be the unity of His Church.

Another passage that caught my eye was 1 Cor 1:10, where St. Paul wrote to the believers in the Greek city of Corinth specifically about division in the Church:

I appeal to you, brothers, in the name of our Lord Jesus Christ, that all of you agree with one another so that there may be no divisions among you and that you may be perfectly united in mind and thought.

I began to see things in a new way.

As Christ the head has but one Body, Christ the bridegroom has but one bride; as the Church has but one soul, the Holy Spirit; as our Lord gave to His Apostles only one teaching, isn’t it kind of obvious that He wouldn’t want His Church divided and splintered into a vast number of conflicting denominations, sects and independent churches, each with its own vision (and version) of Christianity?

I thought of where St. Paul wrote in 1 Cor 14:8, “If the trumpet does not sound a clear call, who will get ready for battle?” and I wondered (and still wonder) how many have turned away from Christ because they looked at Christianity and instead of seeing a unified Church, they saw many denominations, competing with one another for members, contradicting one another in teaching, unable to present one clear message.

So why did the Reformation happen? Why did so many in the early 16th century revolt against the idea that there existed on earth a united spiritual authority? Why did so many reject the belief that Christ had established on earth a Church with the Spirit-given ability to preserve and pass down the truth of the apostolic teaching, and the authority to decide in matters of dispute?

In our last article we began looking at the historical and cultural forces at work at the time — forces that were (and I’m not exaggerating) literally driving the world in the direction of what was to occur. We learned that nothing short of a cultural revolution was taking place at the time of the Reformation.

As the Internet is changing our world, so the invention of the printing press was changing the world at that time. With the invention of printing came the mass production of books and tracts on religious matters as well as a dramatic rise in literacy. There was a veritable explosion of new ideas being debated in colleges and universities that were springing up throughout Catholic Europe.

The Rise of Renaissance Humanism

At the same time a certain educational philosophy, gaining a strong foothold in the universities, was having its effect as well.

When we use the word “humanism” today, we think of secular humanism, even atheism. We think of that philosophy that emphasizes the dignity of “man” apart from God, man’s ability to decide all things for himself without reference to God, man as “the measure of all things.”

I’m referring to humanism as an educational philosophy that arose from the Italian Renaissance and that was critical of the kind of theology of the great Doctors of the late Medieval Church, the Scholastic Theologians, men like Albert the Great, Thomas Aquinas, and Duns Scotus.

To put it bluntly, the humanists despised the “scholastic theology” being done by these “schoolmen,” as they were called. In their minds it was too philosophical, too abstract, too complicated, too dry, too boring. They referred to Duns Scotus as the “dunce” and portrayed the scholastics as spending their lives speculating on pointless trivia and debating useless questions about how many angels might be able to dance on the head of a pin, and other such nonsense.

This was the impression the humanists had of the official doctors of the Church — which they delighted to spread abroad!

Now, there is truth in what the humanists said about the complexity of scholastic theology. I love Aquinas. Reading Aquinas is like listening to a Bach fugue or looking at a Gothic Cathedral. It’s absolutely beautiful in its intricacy and depth and balance. On the other hand, if you’ve ever read the Summa Theologiae, especially some of the more philosophical sections, you may find yourself sympathizing with the humanists, at least a little bit.

Well, the humanists were bored with medieval scholasticism. They wanted to abandon what they viewed as the “intellectual stagnation” of the Middle Ages and return to something “more pure.”

For them this meant a return to the original sources. The humanists wanted to drink at the fresh springs of the Old and New Testaments and writings of the Church Fathers. Their cry was ad fontes — “to the sources” (literally “to the fountains”). This is how they wanted to learn their theology — not by listening to the Doctors of the Church.

Let’s tie this all together. As Luther studied for his doctorate in theology at the University of Wittenberg and Calvin pursued his education at the University of Paris, the world was dramatically changing. Literacy was rapidly expanding. New ideas were everywhere and, for the first time in history, it was possible for them to be widely disseminated in the form of inexpensive tracts and treatises, pamphlets and books. And then, we find that at the same time there was a growing culture and attitude in the universities that said, in essence, “The official theologians of the Church are impractical and boring. Let’s bypass them and get back to the pure study of Scripture and the Fathers!”

Someone might ask: “Are you saying that increased literacy was a bad thing? Are you implying that the availability of books was a bad thing or that wanting to interact directly with the Old and New Testaments and the Church Fathers is a mistake?”

Of course not. These are good things. What I’m saying is simply that these were ingredients in the creation of a general atmosphere in which a reaction against centralized spiritual authority could take place. And when you mix in an increasingly arrogant mockery of the “official” doctors of the Church, it wouldn’t have taken a genius to see the direction in which things were headed.

But this not is the end of the story. There’s more. To be continued…

Continue to What Was the Reformation, and Why Did It Happen Part 4: The Rise of Individualism

Ken Hensley is Pastoral Care and Resources Consultant for The Coming Home Network, and co-author, along with Patrick Madrid, of “The Godless Delusion.”