What Was the Reformation and Why Did it Happen, Part 2: An Explosion of Ideas 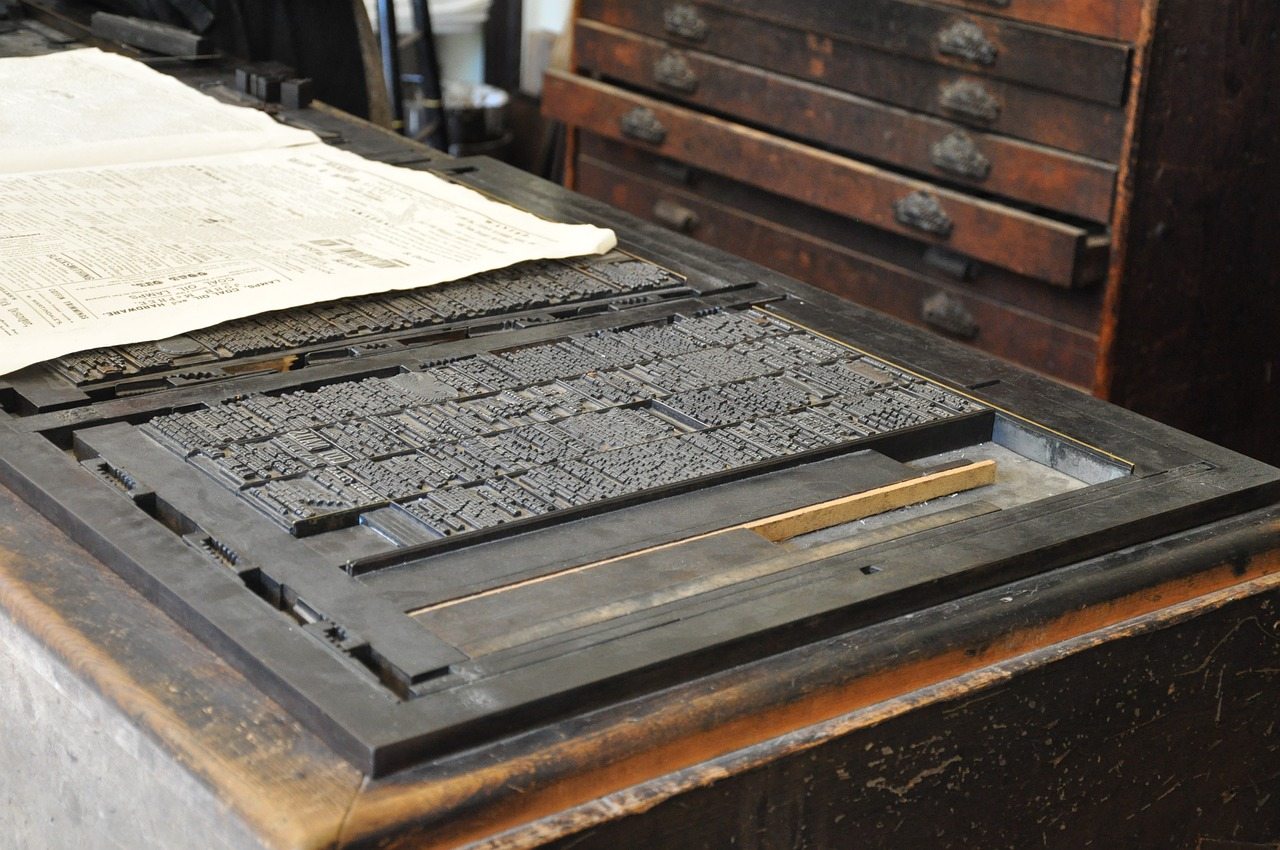 In our first installment of this series, we asked the question, “What was the Reformation?”

We argued with Catholic historian Hilaire Belloc that at its heart the Reformation was not so much a dispute over one or two or more particular doctrines of the Church but over the very question of how doctrinal disputes within the Church would be settled. It was a dispute over the issue of where authority is to be found in the Church. This is what tore at the heart of Christianity in the early 16th century.

Indeed, I believe one of the most useful ways to think about the violent fracturing that took place at that time and the separation of Christians into “Catholic” and “Protestant,” is to think of it as a bitter divorce between those who continued to embrace the spiritual authority of the Catholic Church and those who rejected that authority to take their stand on the authority of Scripture alone: sola Scriptura. This is the essence of what took place at the time of the Reformation.

But why did it happen? And why did it happen when it happened? How is it that so many at that particular point in history came to react against, and ultimately reject, the authority of the Church? What were the causes of the Reformation? This is the question I want to ask this month, and over the next few.

A reader might be thinking, “Isn’t it simple, didn’t Martin Luther cause the Reformation? After all, he opposed the teaching of the Catholic Church and on Oct 31, 1517 nailed his 95 theses to the door of the Cathedral Church in Wittenberg and one thing led to another and in the end the Church was shattered!” Well no, it’s not quite that simple.

An image I have in my mind when I think about Luther’s role in the Reformation is that Martin Luther “caused” the Reformation like a man who lights a match in a house filled with gas “causes” a fire. Yes, Luther struck the match. Yes, Luther was the spark. But an atmosphere was already present in which such a spark could ignite a fire that would burn its way throughout Christendom. The house of late-Medieval Catholicism was primed for such a conflagration.

The truth is, in the late 15th and early 16th centuries, there were a number of historical, cultural, and spiritual forces at work driving the world in the direction of what was to occur.

In fact, by the time we’ve finished surveying these forces, you may agree that it would have taken a miracle for the Reformation not to have happened when it happened.

Luther, Calvin, and the other Reformers weren’t the “cause” of the Reformation. They were themselves created by the historical, cultural, and spiritual forces we will delve into during the next few months. They were caught up in these forces. They road these forces like a man rides a horse.

So what are we talking about?

1. To begin, there was the explosive growth in literacy that took place in the decades leading up to the Reformation; the tremendous increase in the number of those who could read.

Think of the revolution that has been brought about by the invention of computers and the internet. These technological advances have in many ways changed our world. A hundred years ago if ISIS was marauding through Syria and Iraq, we might not even have known it. Now the entire world watches in real time and graphic detail.

Our kids are used to these inventions and think nothing of them. I, on the other hand, can still remember when my pastor first told me he had something called a “modem.” It was the early 80’s. I was still cranking out my papers at Fuller Theological Seminary on an electric typewriter. Personal computers were just beginning to magically appear on the desks of those on the cutting edge of societal evolution. “Guess what?” he said. “I have this thing called a modem. It allows me to plug a phone line into the back of my computer, dial up a number, and go into libraries around the world and do research.” I was amazed. I thought we’d entered the Twilight Zone.

In the same way, it’s hard for most of us to even imagine the revolution the invention of the printing press brought about in the mid-15th century.

We spend our days digging out from under a mountain of books and magazines and written materials of all kinds. We have twelve step programs to deliver us from the bondage of electronic media. But it wasn’t like this in the Middle Ages. Before the invention of the printing press, written materials were scarce and expensive. And because of this, literacy was scarce. The ability of individual Christians to possess books of theology, to read them and interact critically with what they read, was rare.

In his biography of John Calvin, Oxford professor Alister McGrath describes the situation:

In the early Middle Ages, the charmed circle of the literate was virtually exclusively clerical. Written material took the form of manuscripts which had to be painstakingly copied out by hand, and were generally confined to the libraries of monasteries on account of their scarcity … With the advent of printing and the development of new papermaking industries, it became possible for an educated layperson to obtain and understand works which hitherto had been the exclusive preserve of the clergy. (A Life of John Calvin, p. 4)

Imagine it! For the first time in history, written materials became available and at prices ordinary people could afford. With this there was a dramatic increase in the number of people who could read, and a growing confidence that they could think through issues for themselves, develop their own ideas about what the Bible and the Church Fathers were teaching.

2. Not surprisingly, during those same decades leading up to the Reformation, there was an explosion of new theological ideas.

As literacy spread and the availability of written materials increased, the need for schools and universities increased as well.

The rapid expansion of the university sector throughout Western Europe … led to an increased number of theology faculties, with a corresponding increase in the number of theological treatises produced. Then as now, theologians had to do something to justify their existence. These works frequently explored new ideas. But what was the status of these ideas? The … failure to draw a clear distinction between theological opinions and church teaching, between private opinion and communal doctrine, caused considerable confusion.

[And now, listen to this confession coming from a world-renowned Protestant scholar.]

It is quite possible that Martin Luther may have confused one theological opinion with the official teaching of the church and initiated his program of reform on the basis of this misunderstanding. (Ibid, p. 11)

The point here is not to explore Luther’s education and the bad theology he may have soaked up, but to highlight a crucial reality: As the 16th century dawned — as Martin Luther sat at his desk at the University of Wittenberg, preparing his lectures on St Paul’s Epistle to the Romans and the young university student John Calvin sat in the cafes of the Latin Quarter of Paris discussing philosophy and theology, a revolution was taking place throughout Catholic Europe.

In the decades following the invention of the printing press in the mid-15th century, Europe was witnessing an unbelievable explosion of books and articles, tracts and treatises, exploring every aspect of Catholic teaching. New ideas were everywhere!

At the same time, colleges and universities were popping up all over the place. And as everyone knows, to paraphrase something the great educator Mortimer Adler once said, “The halls of academia are like the halls of a madhouse at midnight.”

As I think about the situation, even if there had been no other forces at play that might have contributed to a rising spirit of independence and the increasing desire of some to break with the authority of the Church and go their own way, theologically speaking, what we’ve looked at here alone could have done the job.

Do the numbers: (a) A technological revolution brought about by Guttenberg; (b) a resulting flood of written materials presenting all manner of new ideas; (c) an explosive growth in literacy among the laity; and finally (d) a rise of new universities and theological faculties keenly interested in examining these new ideas, debating them, and in some cases presenting them as true. It doesn’t seem all that surprising that what happened, happened.

The reality, however, is that these weren’t the only historical, cultural, or spiritual forces at play at the time. There were even more, which combined with what we’ve looked at here, were literally driving the Christian world in the direction of what was to occur.

Up next: What Was the Reformation, and Why Did it Happen, Part 3: The Rise of Humanism