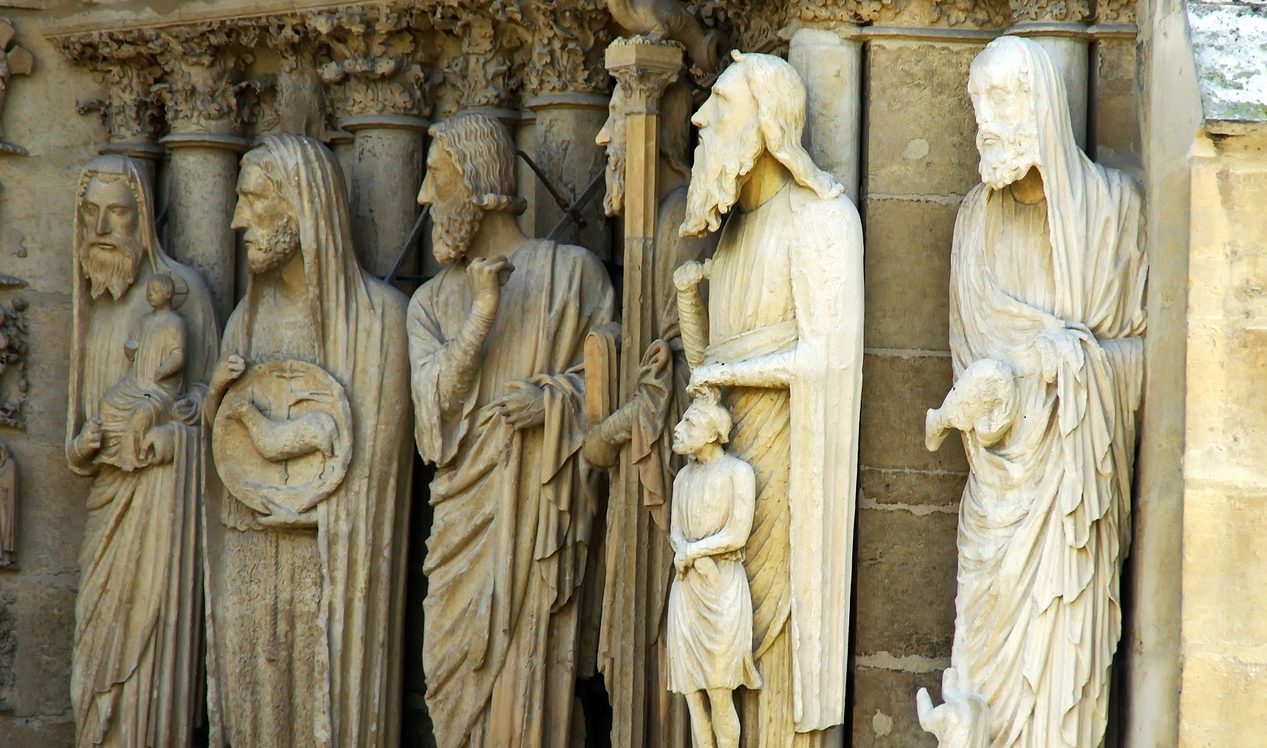 Reformation Day, All Saints, All Souls, an impending election- what a busy week!  Here’s another jam-packed weekly roundup of original and curated Catholic content for converts and the curious:

This week’s Journey Home guest was Lori Martinez– she came from a line of Brethren ministers, but her father was bitterly anti-religion.  As she puts it, she was “baptized Catholic, but raised sarcastic.”  Watch her episode here.

For the anniversary of the Reformation, we shared a post that CHNetwork’s Jim Anderson wrote while visiting the Wittenberg Door a few years back.  We also resurrected Dave Armstrong’s popular piece looking at Martin Luther’s devotion to the Virgin Mary.

Also, to give some perspective on why the Reformation happened, we pointed people to Dr. Scott Hahn’s Deep in History lecture exploring the persons, events, and ideological movements that led to a split in Christianity.

On Tuesday’s Feast of All Saints, we revisited Dr. Kenneth Howell’s Deep in Scripture podcast with Marcus Grodi, where they discussed Romans 6 and what it has to do with Church teaching on the intercession of the saints.

Ahead of next week’s elections, we circulated a #ThrowbackThursday 2003 Journey Home episode with the late Fr. Richard John Neuhaus, one of late 20th century’s most influential voices on the role of faith in the public square.

On a similar note,  Joseph Pearce, Jeff Miller, Eric Sammons, and other CHNetwork members and readers shared their thoughts on how their Catholic faith has informed the way they approach political questions– a must read ahead of next Tuesday’s big votes!

The Coming Home Network’s Matt Swaim was interviewed by Danielle Bean for Catholic TV’s “The Gist,” where he shared some insight into the practical mission of CHNetwork.

Every year on Reformation Day, October 31, we feel the need to revisit renowned protestant theologian Stanley Hauerwas’ sermon on the occasion.  If you’ve never read it, do yourself a favor and do so.

Pope Francis visited Sweden to mark the Reformation’s 499th anniversary- here’s the full text of his homily for the commemoration.

At the National Catholic Register, Joseph Pronechen wrote an All Souls Day reflection on why Catholics emphasize the need to pray for the dead, Catholic News Agency’s Mary Rezac highlighted how the Christian approach to the Black Plague can inform our perspective on death today, and ChurchPOP busted five myths that even some Catholics believe about Purgatory.

Tom Zampino wrote a powerful reflection about what he learned from abstaining from Holy Communion while he waited for his civil marriage to be blessed by the Church.

And Aleteia shared the story of what happened when an Evangelical pastor in Puerto Rico prayed his first rosary.

There’s always something going on at chnetwork.org! Whether it’s our 20 year archive of Journey Home episodes, our treasury of written conversion stories, or the ongoing conversation in our community forum, we hope you can stop by and spend some time learning more about your faith, and connecting with our ever-growing network of members!

“Our souls demand Purgatory, don’t they? Would it not break the heart if God said to us, ‘It is true, my son, that your breath smells and your rags drip with mud and slime, but we are charitable here and no one will upbraid you with these things, nor draw away from you. Enter into the joy’? Should we not reply, ‘With submission, sir, and if there is no objection, I’d rather be cleaned first.’  ‘It may hurt, you know’ — ‘Even so, sir.'”