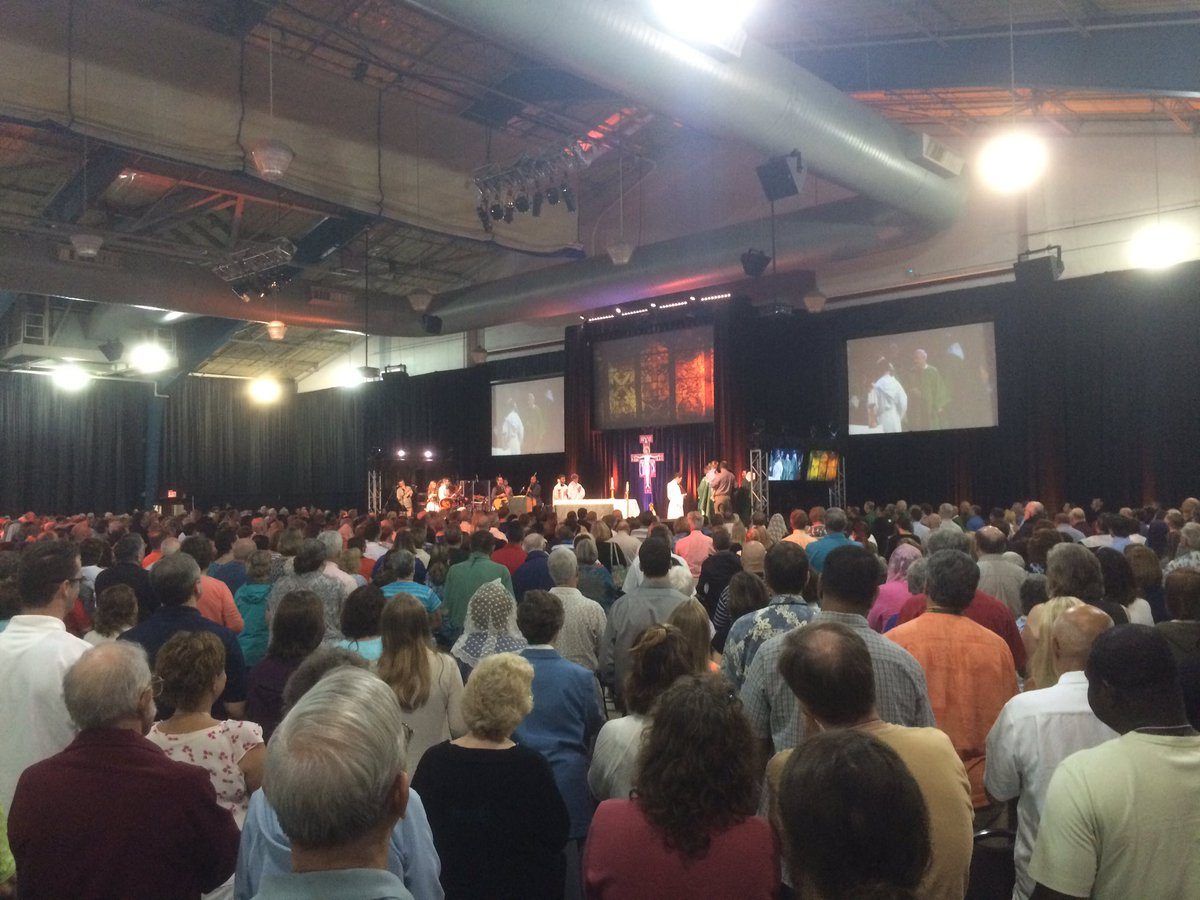 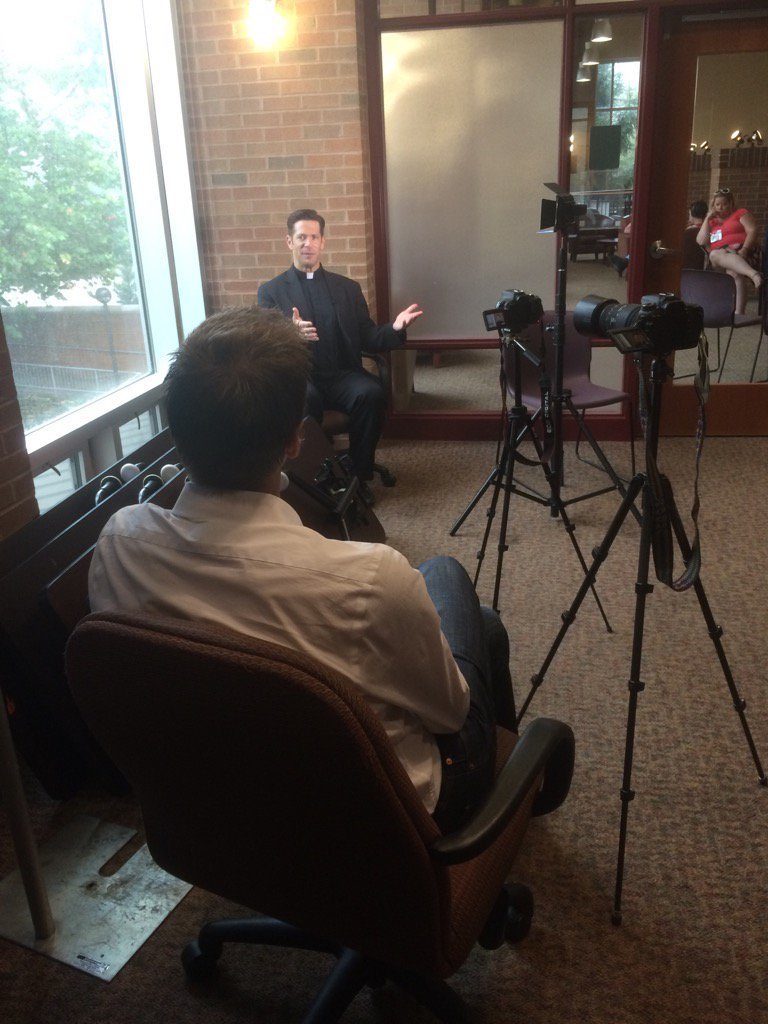 Last weekend, the CHNetwork team had a GREAT time connecting with members old and new at this year’s Defending the Faith conference in Steubenville at Franciscan University.  While there, we got tons of great interviews with attendees and presenters that we hope to share with you as part of our ongoing “Signposts” video series.  We even experimented with Periscope for the first time!

Other things that went on with the Coming Home Network this week:

Franciscan U’s Dr. Petroc Willey visited The Journey Home to talk about his background as a “middle Church” Anglican, and share his thoughts on evangelization.

The CHNetwork Community tackled the question of whether regular potluck dinners after Sunday Masses could work in Catholic parishes as well as they do in protestant communities.  CHNetwork Communications Coordinator Matt Swaim even appeared on Journey Home alum Mike Allen’s radio show to discuss the topic.

It was a busy media week for Matt- he was also this week’s guest on the Deep in Scripture podcast with Marcus, talking about the healing of a paralytic in Matthew’s gospel.  And for those of you with access to Catholic radio, Matt will be hosting Catholic Answers tonight (8/5/16) with guests Joe Heschmeyer and Trent Horn.

Our #ThrowbackThursday offering this week was a special treat for Narnians- we managed to find a 2003 Journey Home interview with Walter Hooper, who served as an executive advisor to the literary estate of C.S. Lewis.  Hooper would later enter the Catholic Church.

And we made available FREE to watch and share Msgr Frank Lane’s 2006 Deep in History lecture on the Anglo-Roman schism and its development from Henry VIII through Elizabeth I.  Listen to the first 30 seconds and try not to get hooked.

With the Olympics kicking off this week, EpicPew shared profiles of some Catholic athletes competing for the gold this Summer.

Protestant and Catholic pro-lifers got together to try and organize the world’s largest squirt gun fight to raise money for ultrasound machines at crisis pregnancy centers.

And recent survey found that given the choice of talking religion or politics in polite company, most Americans would rather talk politics.

We should have plenty to talk about next week as well, since Marcus and JonMarc Grodi are representing CHNetwork at the annual G.K. Chesterton conference, where they’ll no doubt be connecting with many of our members, who often cite Chesterton as one of their main influences in becoming Catholic.  In the meantime, follow us on Facebook and Twitter, and find lots more great free resources at our website, chnetwork.org!