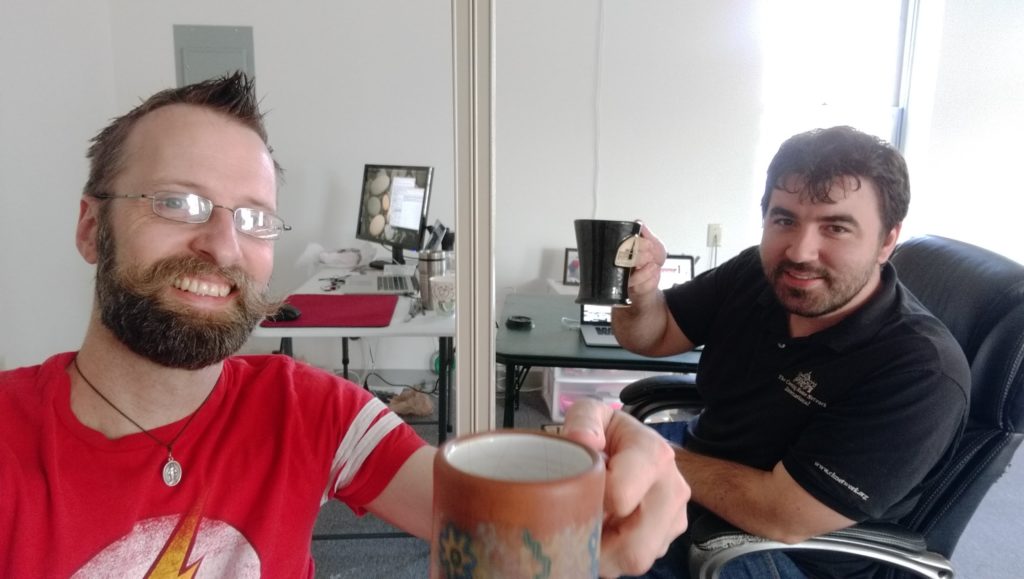 NICU nurse Renee Hendrix joined Marcus Grodi for an especially tear-jerking episode of The Journey Home.  If you want to know what got everybody talking, watch this video.

Dustin Quick recounted his journey from cradle Catholic to Islam, to a blend of Christianity and Islam, before returning to the Catholic faith of his youth in our Written Stories feature.

Msgr Frank Lane looked at how understanding the Trinity as a community of persons can serve as a corrective to an individualistic culture as part of our Deep in History lecture series.

And Deacon Alex Jones made another visit to our Deep in Scripture podcast, this time to talk about the OTHER controversial verse from Ephesians 5.

Coming Home Network community members shared what they formerly believed about what the Bible had to say regarding the end of the world.

And we got in the wayback machine to revisit a 1998 episode of The Journey Home featuring Mr. Apologetics himself, Patrick Madrid.

Pope Francis prayed that God would “convert the heart” of ISIS terrorists.

It was reported that Pope Benedict XVI may make a public appearance for the 65th anniversary of his ordination.

Anglican Archbishop Justin Welby and Cardinal Vincent Nichols collaborated briefly on a live Facebook chat about persecuted Christians, the charismatic renewal, and the work of the Holy Spirit in ongoing efforts toward unity.

For John Wayne’s birthday, we revisited an OSV article that looked at “The Duke’s” conversion to Catholicism.

The Washington Post mapped the largest religious group in every US county.

EpicPew looked at three verses that are commonly used to argue sola scriptura, and why they don’t work.

Over at The Imaginative Conservative, Journey Home favorite Joseph Pearce talked about which books he’d like to have with him on a desert island.

Cardinal Gerhard Muller of the Congregation for the Doctrine of the Faith expressed renewed hope for talks with the SSPX and Rome.

And the Huffington Post looked at a Marian shrine that’s popular with both Muslims and Catholics.