To Fill the Hole 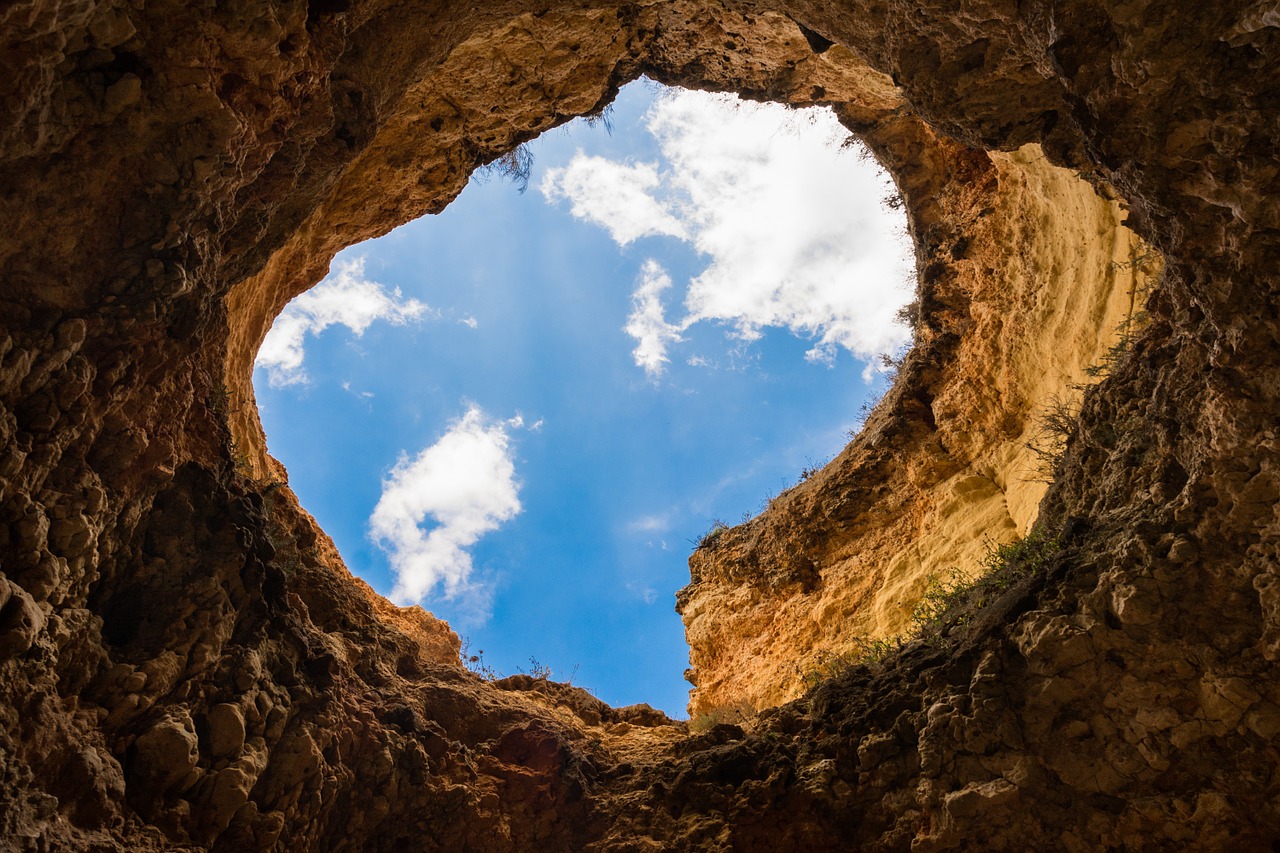 To understand where I come from, you need to know something about my father. My grandfather was a stern and stubborn man. He pulled my father out of school after 10th grade and said to him, “You’re a farmer, that’s all you will ever be, and you don’t need to go to school.” My father spent much of his life trying to prove my grandfather wrong — even after my grandfather died. After he left the southern Minnesota farm, my father began as a carpenter, educating himself and ultimately becoming a licensed civil engineer. He specialized in heavy construction, particularly in building dams. His work took him to Greenland, Alaska, South Dakota, Ohio, Bangladesh, Taiwan, and Saudi Arabia.

I was four years old when Dad began to travel for work. Over the next 16 years, he was away for approximately 12 of those years. He would come home for a few months between jobs, and then he would leave again for the next job. I loved both of my parents, and they loved my brother and me. I hated to wave goodbye to my father at the train depot, the airport, or from our back porch. I was blessed to have several uncles who were kind to me and showed me how a man should behave, but I grew up with a hole in my life — an empty space that ached to be filled.

My parents were religious. My mother was a Methodist, and my father belonged to the Evangelical United Brethren. Neither one of them was particularly committed to their denomination, and when they bought their first house, they joined the First Presbyterian Church because they liked the pastor. They remained members of that church until their deaths. My brother, who is seven years younger than I, attended Sunday school regularly with me. Every Sunday evening, against my wishes, my mother would insist that I attend youth fellowship at the church.

When I was a junior in high school, we began to study Calvinist doctrine in Sunday school. The teachers told us that some of us were predestined to go to heaven. It didn’t matter what we did; if you were predestined, you went to heaven, and if not, you were out of luck. I simply could not accept that notion. It seemed totally unfair to me. By the time I was a senior, I was a little skeptical about all things and very skeptical about Presbyterianism.

I did well in school. It came easily to me — perhaps too easily. I could learn without any real effort. As a result, I never developed good study habits. This got me into trouble when I enrolled at the University of Minnesota at the age of 17. I was quite immature, doing well in the classes I liked, but cutting classes that I didn’t like. I also discovered alcohol. I bragged about how I had used some of my scholarship money to buy a case of Scotch whiskey. Not only that, but I was far more interested in girls than in studies. I began to think that religion was just a bunch of old people trying to prevent me from being happy. This attitude was reinforced by things that many of the professors said. I completely abandoned my faith.

However, the hole with its ache and the emptiness was still there, and I tried to fill it with wine, women, and song. I hated school, but this was the height of the Vietnam War; I stayed in school to avoid being drafted. I didn’t go to class, and I didn’t put in any effort. In my junior year, I realized that I was going to be expelled from the university for lack of performance, so I finally volunteered for the draft. I was a typical G.I., looking for a woman and a cold beer. It was my good fortune to be sent to Germany instead of the Far East. I met a lot of characters and learned several bad habits, but thank God, no one ever shot at me, nor did I have to shoot anyone.

When I got out of the Army, I learned about the G.I. Bill student assistance, which could be obtained simply by being enrolled full-time. A veteran could register for night school at the University of Minnesota, and there was no requirement that he make sufficient progress. I survived on summer jobs and the G.I. Bill for two years, but once again, I made no progress with my schooling.

At the end of that time, my cousin, Joice, came to Minneapolis, where I was living. She was doing an internship at General Hospital. She lived with several other women who were also doing internships. Sometimes, when I called her, her roommate, Marcia, would answer. I really liked talking to Marcia. Before long, I was calling to talk to her, forgetting about Joice. Over the next several months, I came to realize that I was in love with Marcia. When she moved back to her home in Iowa, I lost nearly 40 pounds. I decided that I had better ask her to marry me if I wanted to survive. She said yes. It is now more than 48 years since we were married.

Marcia is, and was, a devout Catholic. I attended Mass with her before we were married and every week after we were married. I still had some mistaken ideas about the Catholic Church, but I rediscovered the Christian faith that I had abandoned earlier. For several years, Marcia taught confirmation classes in the parish we attended. When her teaching partner was no longer able to teach, I helped her. While teaching, I came to understand the Church’s teaching about the Blessed Mother and about the use of sacramentals — two big stumbling blocks for many Protestants, including me. With a better understanding came acceptance and peace of mind. I continued to teach in the confirmation program even though I wasn’t Catholic. Finally, our pastor suggested that maybe I should become Catholic if I intended to continue teaching the Catholic Faith to our parish youth!

I grew more active in our parish, becoming a lector and the cubmaster for the parish Cub Scout pack. My wife and I were very active in the pro-life movement. When we moved to another parish, I joined the liturgy committee. I also joined the Knights of Columbus, eventually becoming the local Grand Knight. Then I was selected to be the parish council president. Looking back, I realize that God was calling me to serve His Church.

The call got stronger, but I resisted. Big mistake! A call is like a magnet. You can point a magnet in any direction, but unless you align it properly, you must exert energy and effort to keep it misaligned. Finally in 1996, tired of wrestling, I stopped resisting God’s call. I applied to, and was accepted in, the Deacon Formation Program. Formation was a wonderful experience for Marcia and me. The support of my pastor and my fellow parishioners was tremendous. I was ordained a Permanent Deacon in 2001.

It is a Deacon’s privilege to proclaim the Gospel, assist at the altar, preach, baptize, and to officiate at weddings, wakes and funerals. I got to do all those things and more. Except in rare instances, the deacon is the only person who can receive all seven sacraments; I had that privilege as well. But, in my view, the deacon’s primary role is to be the Church’s minister to the poor, the infirm, the oppressed, the lonely, and those in prison. I try to fulfill that obligation, visiting shut-ins and nursing homes, serving as a hospital chaplain, and giving retreats and teaching classes on spirituality in a prison.

Eight years ago, a blood vessel burst in my brain. The surgery to repair the damage left me in a wheelchair and without the use of my right hand and arm. But God protected me from the depression that often accompanies traumatic brain injuries. With help from the Veteran’s Administration and Marcia’s wonderful care, I am still living at home and continuing my ministry, though in a limited way. I even discovered that I could minister to people who were taking care of me and others who were in rehab for all kinds of brain injuries. Our parish priest worked with parishioners to make the altar and sacristy handicapped accessible so I could assist at Mass. With faith, family and friends and God’s help, you can handle anything, if the hole in your soul is filled with Jesus.

Deacon Darrel Courrier grew up in a small town in southern Minnesota. He was raised as a Presbyterian, but he fell away from his Christianity when he went to college. He served in the army and met a wonderful woman whose faith led him to the Catholic Church. He was ordained a Permanent Deacon in 2001. He now serves the Lord at Saint Patrick’s Church in Clear Lake, Iowa.