Tales of an Unlikely Convert 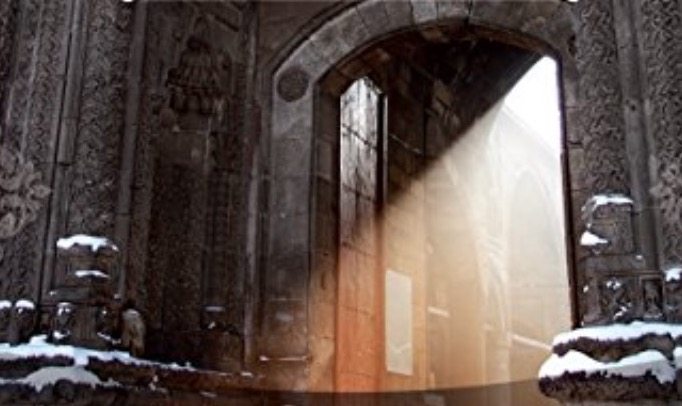 It was 11:45 p.m. and I couldn’t sleep. I was anxious about a phone conversation I overheard my wife, Laurie, was having with her mother about Catholicism, and my patience for this divisive topic had run out. My mother-in-law was asking my wife how she would feel about not receiving the Eucharist at her sister’s upcoming Catholic wedding now that she had no longer been attending the Catholic Church (we decided to join my Presbyterian church after a period of time “church shopping”). She was also concerned because my future brother-in-law’s best man was not Catholic and, combined with my wife, there would be no Catholic witnesses to validate the wedding. Why does religion have to be so difficult? Why can’t we just agree on the same God and live happily ever after? Why does my mother-in-law care about these matters?

I’m glad she did.

I grew up in a typical Protestant Christian home. With Scottish roots, my family is Presbyterian. My church background involved Youth Club retreats, Senior High Fellowship, and many fond memories of Orchard Park Presbyterian Church just outside Buffalo, New York. My parents raised us to respect everyone independently and in a neighborhood filled with Catholic families, religious difference rarely came up. The only difference I personally noticed was that Catholic families were larger, went to private schools, and followed Notre Dame football. There was a time, however, that I wondered about the word “Protestant” and why my church was associated with the word “protest.” I never imagined someday feeling challenged to wade through the vast theological distinctions that have sadly separated Christianity for over 500 years.

I still didn’t fully appreciate the differences between Christians until meeting my future wife, Laurie, in college. We were married in the summer of 1991 and I still remember how important it was to my wife’s family to have a “Catholic” wedding. I remember feeling offended when I was not being offered to participate in the Eucharist at her church, even though I had participated in the “Lord’s Supper” my whole life. So for our wedding, we chose not to celebrate the Eucharist, because we thought it would highlight the spiritual divide between the families. How unfortunate to be united in marriage but divided in faith – even though we all professed Christ as our Lord and Savior.

Feeling like an outsider to the Catholic Church initiated a religious curiosity that burned in me. I used to resent holidays when my in-laws were in town because the “church thing” would come up. When at Mass with my wife’s family, I remember excusing myself before the Liturgy of the Eucharist to avoid feeling different. A few people told me to just not worry about it, but I knew in God’s eyes it had to matter. There couldn’t be two opposing views on a significant teaching within the same religion whereby both were true. I started to confide in fellow Protestants and became a magnet for anti-Catholic positions. My search for the truth was really an exercise in my bias, as I found myself reading anti-Catholic books. I fashioned myself as a “truth seeker” but, in retrospect, I was only seeking confirmation of my Protestant perspective. I started to resist many Catholic practices on Sunday. I attended a Protestant Bible study with a few people I respected and dug the theological trench even deeper.

Change in the Wind

While vacationing in North Carolina that spring break, I went jogging at sunrise along the beach just to “sort things out.” Did any of this really matter to Christ? The answer I received was clear and unyielding. It was a whisper and I felt the Holy Spirit. I heard that seeking the truth was noble, but only if one was being objective. I was searching the truth with a bias. The fruits of the “Reformation” were leading me to justify someone else’s argument. Was it a reformation or a revolution? Is the central difference the Eucharist and why don’t Protestants believe in this sacrament? What should I teach my children? Why is Christianity so divided when Christ came to unite? I needed to search my own heart with an open mind and soft heart. If I did these things, the answer would reveal itself and become clear.

When we came back from vacation, a sign came. There was a flier advertising that a well-known, Catholic convert would be speaking at the library right across the street from my neighborhood. A scholar in Greek, Latin, and Hebrew, he had found a home in the Catholic Church. What a shock to my system. I had to be there!

I had never heard the history of Christianity explained from the writings of the early Church Fathers. My research took me to 1517 when Martin Luther broke from Rome, but this convert took us back to the early centuries. I couldn’t believe that the modern Catholic Church still preserves these traditions taught in the years after Christ walked among us. Why is the burden of proof on the Catholic to justify the faith as opposed to the fellow believers who broke away? Why aren’t Protestant positions challenged? Could I honestly follow beliefs that were born out of a dispute? How could Protestants claim biblical authority for anti-Catholic beliefs when the Bible itself came from the Catholic Church? How could Protestants hold on to a Trinitarian understanding of God while denying the authority of the Catholic Church that first proclaimed the Trinity?

After driving home that night at 12:30 a.m., I could hardly wait to explore the early Christian faith into areas previously considered “out of bounds” for Protestants. At least I knew that wherever this journey would take me, it would not be without significant discernment and a desire to search for the truth.

After a few months of study and on a path toward Rome, the sex abuse scandal broke out and dominated the news. Catholicism was getting a “black eye” in the press. I sat in my car one night before driving home from Nashville, and listened to the radio about what was occurring around the country. Was this a sign? I remember hearing an ex-priest on the radio claiming the priesthood itself was in question now. How could this happen to the Church I was growing to embrace as the fullness of Christianity?

As fate would have it, a thick fog set in and a 50-car accident blocked the entire highway on I-75 back to Atlanta. The alternate route to Atlanta was going to take me through northern Alabama. This would take me way out of my path, but it was the only way home. With the radio off, I drove as I was thinking about these scandals. I thought of Father Patrick from our new Catholic church back home and how he seemed like such a good priest. I began to pray about the priesthood and the Catholic Church. Why was this happening? Why now?

I noticed my tank was empty so I pulled over and started to fuel up. As I looked around I noticed how rural the area was in northern Alabama. Just then I noticed a partially covered sign in a wooded area that read, “Shrine of the Blessed Sacrament.” It sounded Catholic but seemed odd for this area – Baptist churches were everywhere! Curious, I decided to explore. I pulled my car down that small dusty road and began to drive. After a few minutes, I started thinking about turning around, as I was making a long trip longer. Then the road connected to another with little white crosses placed on either side. Now this captured my attention and I followed these crosses until I came up a hill to a massive gate revealing a beautiful church. I felt as if I were on the yellow brick road, beholding the Emerald Palace! It appeared as if the church had dropped out of the heavens onto this rural hillside. Why here? I pulled through the gates, parked and got out of my car. As I was standing there gazing in awe, a monk approached my car. He asked if he could help since the monastery was closing for the day. “What is this?” I asked. “The Shrine of the Blessed Sacrament founded by Mother Angelica,” he replied. I shared with him my growing interest in the Catholic Church and how I had struggled with faith for 8 years. After hearing this, he smiled and said, “I’m Mother’s tour guide, come inside and I’ll show you around.”

On the way home, I couldn’t wait to tell my wife what happened. She was excited for me and we both thanked God for answering our prayers. I immediately enrolled in RCIA and started to formalize the conversion. The RCIA process was rewarding and I found myself helping others in class who occasionally wavered on certain teachings. I remember my first confession, experiencing tears of repentance, and seeing the eyes of Christ in Father Pat. I decided to fast for three days before Easter Vigil to better celebrate the Triduum. This ritual felt cleansing and prepared me for my encounter with Christ in the Eucharist.I remember my first confession, experiencing tears of repentance... . Click To Tweet

“What a journey” I pondered, holding a Christ candle in hand at the 2002 Easter Vigil Mass. I was being welcomed into the Catholic Church. I thought of St. Paul and his conversion at Damascus. I’m thankful for my wife Laurie who supported me throughout this journey. Our family is now in the Church Jesus Himself initiated almost 2000 years ago, thanks be to God.

Mike is a former Scottish Presbyterian and his wife, Laurie, is a cradle Catholic. Mike joined the Catholic Church in 2002 and he and his wife now live in Georgia with their 6 children. In 2003, he started an apologetics ministry called “Why Catholic” at his parish. In addition, Mike and Laurie founded Marriages Are Covenants, a ministry outreach program of The Integrated Catholic Life for married couples, at their parish. He teaches RCIA classes, leads small faith groups and has been interviewed on Sacred Heart Radio (EWTN affiliate). A popular apologetics speaker, Mike has given his conversion talk around the Archdiocese of Atlanta.