Surprised to be a Catholic: the Journey of a “Cradle Episcopalian” 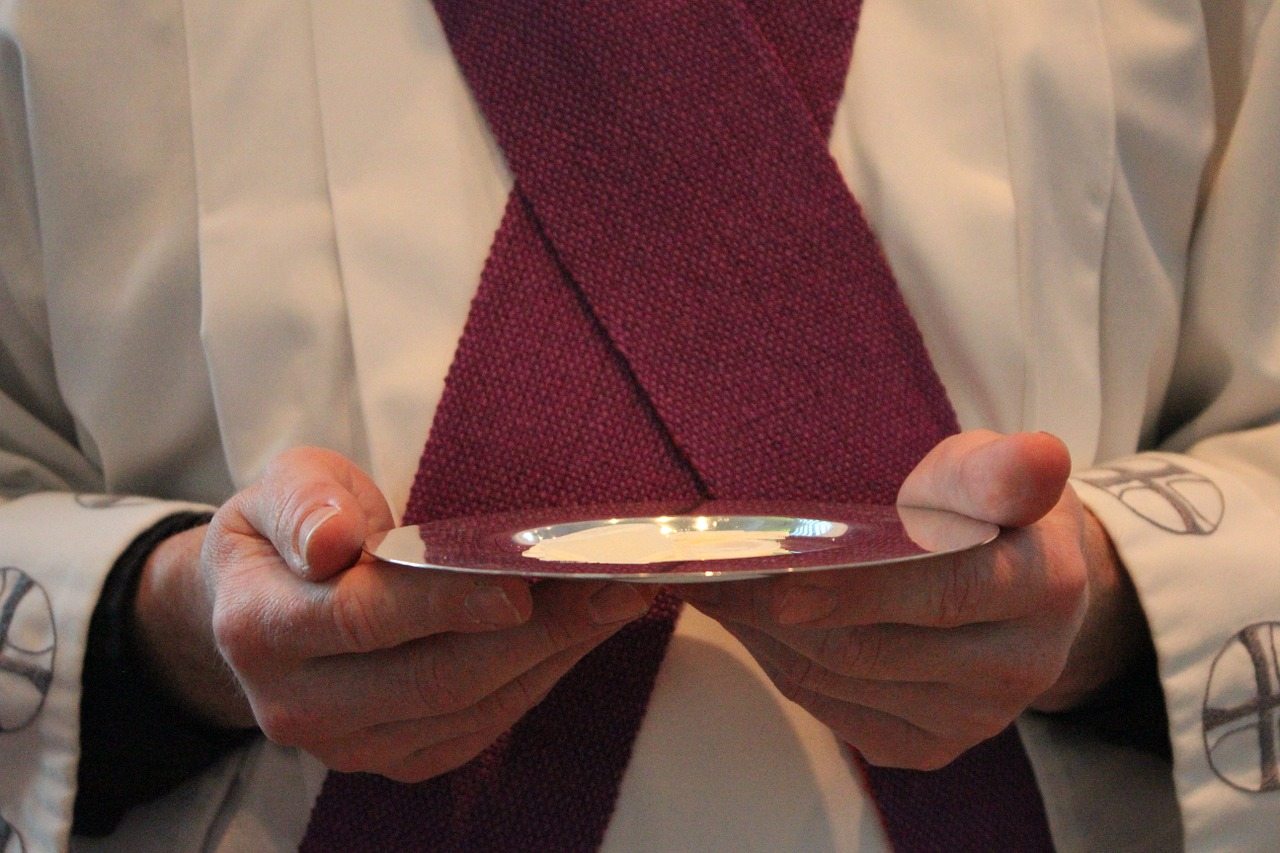 I am not only a new Catholic, but I am a surprised new Catholic, as well. I was born an Episcopalian — or, as we liked to call ourselves, “cradle Episcopalian” — and was baptized, confirmed, and married twice in the Episcopal Church. I raised my three children in the same faith. I never dreamed I would one day step out of that Church and find myself on a new journey that would take me into the world of the Roman Catholicism.

Someone made a remark to me a few years ago that I was a “Catholic wannabe.” I was rather upset by that remark, because I found myself thinking that was not true. I was happy attending my small Episcopal church and found it to be satisfying and comfortable. I loved the Book of Common Prayer and being lifted by “the sacramental life of the Eucharist” and the calendar year that included the changes in colors for the seasons like Advent and Epiphany. I was active in the church. Whether it was being a member of the young adult choir of the ECW (Episcopal Church Women); serving as vestry clerk, lay reader, or prayer minister; or simply supplying many dishes for potlucks and picnics throughout the years. I simply did not question my membership at the church in which my mother found her rock of support and that had supported me throughout my childhood, two marriages, one divorce, and the death of both my mother and father. Looking back on my journey, at this point in time, I should have seen what God had in store for me. However, sometimes surprises are wonderful and that is what my entrance into the Roman Catholic Church was: simply wonderful. I also had a fascination with many of my friends who attended a Catholic elementary school. They wore the white shirts and navy skirts that I longed to wear. It looked to me like they belonged to something special. Click To Tweet

“Something special” in the Catholic Church

I had always been fascinated with the Catholic Church because of relatives that were Roman Catholic. When I stayed with my cousins in the summer on Lake Michigan (Montague, MI), I would attend their small Catholic church and be fascinated with the presence of nuns and a much stricter code of behavior. My introduction to the Church, as a child, was pre-Vatican II so it was even more of an adventure to me as my cousins were not allowed to set foot into my church, but I was allowed into theirs. My father would have no part of Catholicism; he was raised by a strict father, who was a minister in the Church of God. The fact that he allowed me to attend the Catholic church on special occasions with my relatives was a miracle in itself! I also had a fascination with many of my friends who attended a Catholic elementary school. They wore the white shirts and navy skirts that I longed to wear. It looked to me like they belonged to something special. I also had a fascination with the religious life. I thought of becoming an Episcopal nun for a short time, but as I grew older, decided that I wanted marriage and a family.

The church of my refuge

After going through a painful divorce — after ten years of marriage and two children — I met my current husband, Francis. Francis just so happened to be a Roman Catholic and had never been married before. We knew that, because of my divorce, we could not be married in the Catholic Church without going through the annulment process, which seemed insurmountable to me. I also knew that neither of my parents would approve of me becoming a Roman Catholic. However, there were several processes to undergo within the Episcopal Church, as well, before we could get married. I presented my case for remarriage approval to the Bishop of the Western Diocese in Michigan.

After all that, Francis was just so happy to have a ready-made family that he agreed to attend the Episcopal Church, and there he remained for 27 years. We had a son of our own that we named Patrick Francis, and we continued on our Episcopal journey. Francis was on the vestry and became the verger at our church. This was a ministry that our small church would never have had without Francis’ dedication. There were several vergers in Michigan, but most vergers are in England and are a recognized part of the Anglican Church.

We were missing something

We were becoming unhappy with our current church. My mother passed away in October of 2010, which made me feel free to move along from our family church. In the summer of 2011, our rector took a sabbatical, and we took that opportunity to start visiting other denominations. We attended a Lutheran church once, as well as a Greek Orthodox church, and a Melkite Catholic church. But our favorite church to attend was the Roman Catholic church. I felt like we were sneaking around, because we never let on to anyone at our Episcopal church that we were going anywhere else for a while. We found ourselves attending our local Catholic church at eight-thirty on Sunday morning and going to the Episcopal church at ten-thirty! This continued for a while, but it was becoming very hard to attend two churches in one morning. We knew that we had to make a decision. Eventually, we came out of the closet and told our Episcopal priest and the congregation that we were leaving. It was not a painful decision for us, but the decision was met with much controversy and hurt feelings; we definitely did not leave on a good note.

I had already started the annulment process to become a Roman Catholic prior to our leaving the Episcopal Church. I found it a cleansing experience: accounting for my prior marriage from the day I met my ex-husband until the bitter end of our marriage. I started both the annulment and RCIA processes in 2012, and they came to fruition at nearly the same time. 2013 was an exciting time in the Catholic Church and an exciting time to be going through RCIA. On the same day Pope Benedict announced his retirement, my annulment became final (February 11). Francis and I were married in the Catholic Church on March 9th, the same day the conclave began for the election of a new Pope. When our new Pope took the name of Francis, his choice was a direct confirmation to Francis and me that we had made the right decision.

Since we became Catholic, our son, Patrick, came into the Church at the Easter Vigil in 2014. He is now a member of the Knights of Columbus. We all know that we have returned home. We have a deep sense of commitment to the Catholic Church and the grace of God brought us full circle. We know that He is smiling down on and blessing us in our new Catholic home.