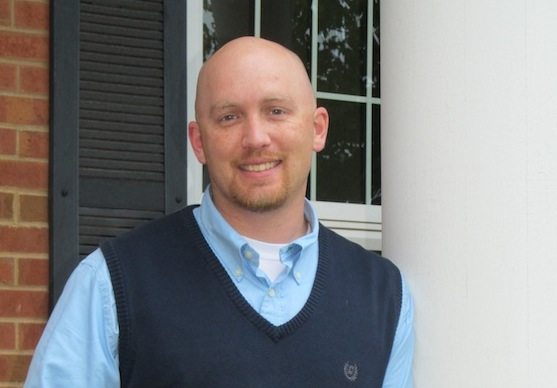 I grew up in a suburb of Chicago and was raised in the Lutheran faith. My parents were not the most spiritual of people, but they wanted to make sure that my siblings and I were “exposed” to faith. Basically, the concept was to introduce us to Christianity but allow us to make our own decisions. After being confirmed, I never went back to that church.

For years, I was agnostic at best. Based on what I was learning in school, religion did not make any sense to me. Science had become my religion of sorts, and science seemed completely opposed to what I had learned in Sunday school. My analytic mind led me closer to science, and further from faith. To believe in God, I needed proof that He existed. Not finding it, by the time I left high school, I went from agnostic to full-blown cynic.

Just after high school, my life began to spiral out of control. A series of mistakes and poor choices left me in despair and battling depression. I remained as stubborn as ever, though, until one day a friend challenged me.

My friend was a devout Christian, one who belonged to a local “mega-church.” Time and time again, I ridiculed her for her faith and questioned her beliefs. Finally, she challenged me. She asked, “Chad, have you ever even read the Bible?” Of course, I hadn’t. Who has time for that?  When I told her that I had never read it, she challenged me by saying, “Well, as soon as you finish reading it, you can question my beliefs.”

This young girl’s wise words changed my life in ways that she does not know. As a stubborn, self-centered twenty-something, I was determined to prove her wrong. I decided to read the Bible, cover to cover, and come back with more ammunition. Instead of finding ammunition against her, I found a truth that I had never seen before.

A place to call home

In the fall of 1997, I called myself Christian for the first time. For the next twelve years, half of which were spent in the military, I travelled all over the world. During those years, I bounced from one church to another and with each move came a search for a new church to call home. Many of them were non-denominational churches, and just as soon as I would start to feel at home, it was time to move on again.

I finally found myself back in my hometown. Home was a great concept. It was great to be home with the ones I loved. It was great to feel like I belonged to a family again. When it came to my life at church, I hoped for the same thing. A few of the churches that I came across were nice enough, but they just did not “feel” right. My search was less about spiritual truths and more about my own personal feelings. At this rate, I thought, I would never find a home. Despite my best efforts, my search continued; I just never felt like I was part of a community.

I had always been rather cynical about the Catholic Church. Many of the people in my life are Catholic, and our discussions often turned into religious debates. In my stubbornness, I never really listened to anything they had to say. I was so stubborn that they coined the term “Chad-isms.” I had my set of beliefs, and nobody was going to change them.

In the past, most of my Christian beliefs came through my own understanding of Scripture and the teachings of one modern preacher or another. But the teachings always seemed very shallow; they lacked theological depth. It was a “feel-good” theology, and it often avoided any of the hard truths. When I struggled to get connected or find a deeper faith, I slowly became disenfranchised with modern denominations. Was it time to take a look at something different, something with an older tradition? Eventually, my heart started to open to the idea. Maybe it was time to take a closer look at Catholicism.

We never know when, or where, God will finally call us. Being a huge fan of football, I joined my brother-in-law at a Notre Dame game one weekend in October of 2009. South Bend was only a short drive away from my home in Chicago. When we arrived on campus, I was amazed at the beauty of the architecture. The beautiful paintings and murals inside the buildings were awe-inspiring; yet, what truly inspired me was the community on campus.

Large crowds gathered to say a prayer at the replica Lourdes Grotto. Catholics from all over the country shared stories of faith. Even the players attended Mass prior to the game. Was this the community of believers that I had been looking for? I won’t say that I changed my mind that day, but it opened me up to the possibilities.

My journey toward the Catholic Church did not end in South Bend. That was only the beginning. As I looked around me, I noticed that many of the people of faith that I knew were Catholic: my lovely girlfriend, my sister, a few other family members, and a number of friends. More than any other denomination, the Catholics seemed to hold steadfast in their faith. This thought intrigued me. So less than a month after going to Notre Dame I decided to “try” RCIA. If I didn’t like it, then I would drop out, no harm done.

I walked into RCIA with a lot of questions. No matter how many questions I asked, there was always an answer. I asked the priests, my family and friends, searched online, and consulted the Bible and Catechism. Around every turn, I expected to find the big “GOTCHA!” moment; the moment I could find the ultimately fatal flaw in the Catholic Church. To my surprise, that day never came.

Eventually, I completed the RCIA process. I still had questions, but many of them had been answered. Easter was coming fast, and I still had a choice to make. Choosing to become Catholic does not happen when you start RCIA; it happens when you finish it. I prayed hard. What to do?  In the end, there was no large, neon sign saying, “Be Catholic!”  Instead, there was a gentle whisper in my soul. Those soft whispers can have the most dramatic impact on our lives!

Going Through the Motions

For me, though, RCIA was more about the journey than the destination. Each step of the way, I studied Scripture, researched the topics, and, most importantly, prayed about what we were learning. Going through RCIA was a personal choice for me, and I wanted to really be sure that I was making the right decision. I owed it to God, and myself, to listen to what God was telling me through the Holy Spirit.

Discerning whether to enter the Church took me all the way until Good Friday — just one day before I was scheduled to be confirmed. Purposely, I chose to wait this long to allow myself the time to discern what Christ wanted me to do. Instead of going through the motions, I let the Holy Spirit guide me to where I belong. The next day at the Easter Vigil, April 3, 2010, I was welcomed into the Catholic Church.

My journey did not end after completing RCIA. My analytic mind turned towards my new Catholic faith and what I began to see was a very deep theology. And, as I learn more from the great writers and teachers of the Catholic Tradition, I fall even more in love with that Tradition.

With all of the knowledge I gained through the RCIA process, I realized that there are others like me out there. There are a number of people searching for the truth, looking for community, and hungry for God. God calls each of us to spread His Word, and I decided to share what I learned with these people. In February of 2011, I launched WakingUpCatholic.com as a way to share my story with the world.

Each and every day, I learn something new about the faith. From feast days to indulgences, the Catholic Tradition is steeped with beauty and grace. Through my writing, I am able to share what I have learned, and I am forced to grow even more. The experience has brought my faith to places that I had never imagined. More than a decade after my original conversion to Christianity, my relationship with Christ has never been stronger, and I owe it to the beauty, depths, and richness of the Catholic Faith.

Chad Torgerson works as an IT Analyst for a Catholic publishing group.  In his spare time, he enjoys writing and sharing his faith on his website Waking Up Catholic (www.wakingupcatholic.com).  Chad hopes to one day become an accomplished author and speaker teaching Protestants and other non-Catholics the beauty of the Catholic Faith.