Abortion-Law Reform:
“Resolved, That this 62nd General Convention support abortion-law reform, to permit the termination of pregnancy where the decision to terminate has been arrived at with proper safeguards against abuse, and where it has been clearly established that the physical health of the mother is threatened seriously, or where there is substantial reason to believe that the child would be born badly deformed in mind or body, or where pregnancy has resulted from forcible rape or incest.”– Summary of the General Convention Actions of the Episcopal Church, Seattle, 1967

The Episcopal Church’s endorsement of abortion in 1967 signaled the beginning of my journey towards the Roman Catholic Church. Up until this point, I was quite content as a married Episcopalian clergyman who, since my ordination in 1958, had been principally engaged in parish work and in the migrant ministry. Until the Seattle General Convention of 1967, I had been convinced that the Anglican Communion in general, and the Episcopal Church in particular, constituted the fullness of the Catholic Church along with the Roman Catholic and Orthodox Communions.

I shared this belief with most other High Church Anglicans or Anglo-Catholics. Known as “the Branch Theory of the Catholic Church”, it was first proposed by William Palmer of Oxford in 1838 and subsequently was accepted by John Henry Newman, Edward Pusey, Frederick Faber, and others of the Oxford Movement in the nineteenth century.

The Branch Theory was based on the premise that the each of these three Communions, although now in schism, continued to hold the same fullness of the Catholic Faith (and morals) they shared during the period of the early “undivided Church.”

Being full aware that the early undivided Church condemned abortion, I was shocked at what had taken place in Seattle. But I initially held out the hope that the Church of England, and the rest of the Anglican Communion, would distance themselves from the Episcopal Church in the United States and demand a retraction. But this was not to be. Thus, I could only conclude that the Anglican Communion itself accepted, or at least tolerated, doctrine that which had been unarguably rejected by Christianity from the very beginning. (See, for example, the Didache 2:2 written circa 90 a.d.)

What was I to do? Should I, a married man with a family, seek to become a priest in the Eastern Orthodox Communion, which had a married clergy, or should I stay within the Episcopal Church and strive to get her 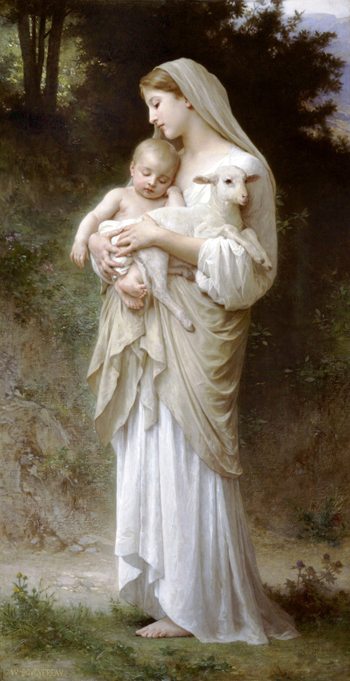 to reverse herself on what she now erroneously held? With respect to the latter course of action, I found absolutely no support for starting a movement for reversal from either my Bishop or from my fellow clergy. And I, in fact, did not seek to organize such a movement.

As I considered Eastern Orthodoxy, however, I was saddened to learn about its teaching on the Sacrament of Marriage. Contrary to Scripture, and to what I had strongly held since childhood, the Eastern Orthodox Communion tolerated “remarriage” for her members who became divorced after receiving the Sacrament of Marriage and whose spouses were still living. (See Divorce: Early Church vs. Eastern Orthodoxy by Father John A. Hardon, S.J) . My own convictions on the permanence of Christian marriage had been initially and indelibly shaped by my mother and by the Archbishop Como Lang of Canterbury, of whom the whole world learned in 1936 when he forbade King Edward VIII of England to marry a divorcee. This, he declared, was contrary to the teaching of Christ.

What then, I asked myself, about the Roman Catholic Church? Was that a viable option for me? At the time, I did not think so. I believed strongly in my vocation to what I thought I possessed, that is, the ordained sacramental priesthood given by Christ to His Church. I thought also God wanted me to continue to exercise that priesthood since I believed I was a “priest forever.” But during the sixties and seventies to be a married Roman Catholic priest in the United States was not a viable option. Not only that, and more importantly, I was also convinced that the Roman Catholic Church was in error with respect to her doctrine of papal primacy.

Nonetheless, I sought the counsel of the noted Roman Catholic theologian and ecumenist, Father John A. Hardon, S.J. He was a friend of the family and had directed the Master’s degree that I received in 1965 in Medieval theology. I had a deep respect for him as a priest, a scholar and as a man of God.

He, of course, accepted the Catholic doctrine of papal primacy, including papal infallibility. He also believed, in accordance with Roman Catholic teaching, that the Church of Rome alone, and those Churches in full communion with her, constituted the fullness of the Catholic Church founded by Christ. But his adherence to these doctrines did not at the time convince me. My basic question to him was whether papal primacy, including Petrine primacy, was the consensus of the Fathers and councils of the early undivided Church.

Father then invited me to do research at Bellarmine School of Theology, a Jesuit theologate in North Aurora, Illinois, on the teaching on the papacy during the period of the early Church. After speaking with my wife and receiving her consent, we all moved to Illinois where I would spend the next academic year in study.

This was not simply an intellectual pursuit for me. I think I can honestly say I was seeking to learn what Our Lord had revealed to His Church regarding her governance and ministry. My studies, I had hoped, would be a part of a spiritual process leading me to know and accept God’s will for me.

At the end of my year of studies at Bellarmine, Father Hardon accepted a teaching position in Canada at the University of Ottawa, and the Seeley family moved along with him.

In Ottawa, I continued my research. It was here that a clear pattern of support for the Roman Catholic teaching on the papacy began to emerge. Putting pieces together, I became convinced by the evidence of early Church that the New Testament taught St. Peter had been appointed by Jesus as Head of the Church on earth and Head of the Apostolic College. I also saw that the Bishops of Rome were St. Peter’s successors in this primacy of jurisdiction which included magisterial primacy over the whole Church. Moreover, it became clear to me that communion with the Bishop of Rome was necessary to be a full member of the Church founded and established by Christ.

By 1971, I had become a Roman Catholic in my beliefs, but held off formally entering the Church until 1978. I had delayed, for the most part, hoping that I might also get permission to become a Catholic priest. But after several fruitless attempts at ordination, I was received as a layman into the fullness of the Catholic Church on August 15, 1978. My wife had already preceded me into the Church, as had our four children.

Have I ever had any regrets or second thoughts about converting to the fullness of the Catholic Church? None whatsoever. Among so many other pluses, what a joy it has been to be able to teach others with certainty, and with the full backing of the papal magisterium, that which was given the Church from the beginning. I can never be grateful enough to Father Hardon, who patiently and prayerfully assisted me in my journey. May he rest in peace. And may I once more enjoy the pleasure of his company.

In closing, I would like to note that Our Lord has also blessed me, after several years as a Roman Catholic, with the conferral of the Sacrament of Holy Orders as a deacon and priest. This being made possible by the kind permission of our Holy Father, Pope John Paul II, and the most welcome assistance of Bishop Fremiot Torres of Ponce, Puerto Rico, and Cardinal Francis George of Chicago.