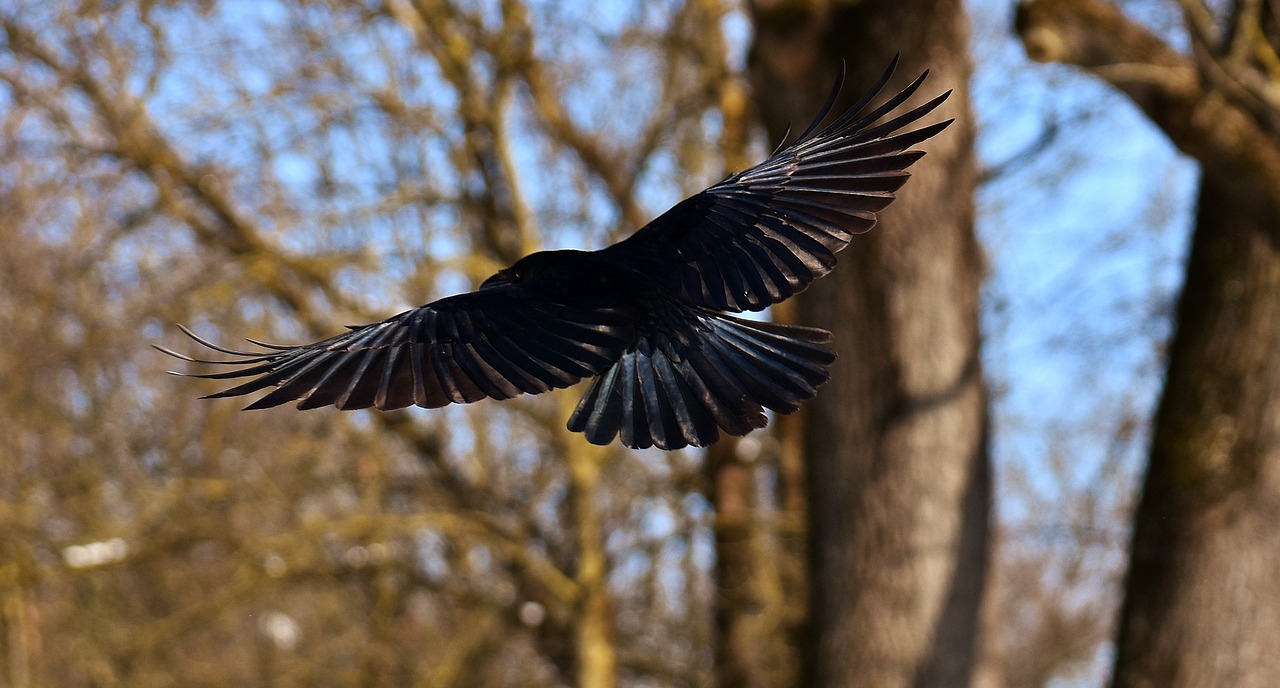 The following interview was conducted by Mike Ford.  His blog can be found online at godislovechristianblog.wordpress.com.

Kelly Nieto grew up in church, yet her mother was an atheist. Her father had grown up Lutheran and her mother tolerated his affiliation, though he wasn’t devout. Nieto said her parents are good people, but they don’t know Jesus and they didn’t raise their children to know Him — but they were in church every week.

“Whenever we kids asked questions, there were no answers. If I asked questions like ‘what does Lamb of God mean?’ I was being disrespectful for asking. There was no connection — it wasn’t personal, she said.

Nieto grew up as a sick child who suffered from chronic pain. She and her mother also used an Ouija board when she was a child and she was enamored with it. There were four kids in her family and, at one point, her father was laid off and Nieto watched her mother struggle to put food on the table. To pay her way to Michigan State University, Nieto entered a local beauty pageant in Farmington, Michigan. simply because it offered a scholarship, but she had no idea winners would end up competing in the Miss Michigan pageant.

She never intended to become a beauty queen, but through the course of becoming one thanks to winning the talent competitions with her violin-playing, she found success. It came at a great price, though, because she discovered it through a mix of talent and supernatural assistance conveyed through psychics.

She didn’t have money to go to psychics when she was in high school, but after college, she started working, had money in her pocket and handed some of it over to psychics. Because of all the health problems she suffered, she had always had a lack of hope and it all blended together in a spiritually toxic stew that left her hungry.

“As a kid, I believed suffering had no meaning. When suffering has no meaning, there’s no hope and when you’re in chronic pain like I was — I felt no hope. I had no purpose,” she said.

When she was in her second Miss Farmington pageant, Nieto had hairdressers who were connected with a world-renown psychic who was channeling an entity that presented itself as a Cherokee named Red Feather. Nieto went to a séance where Red Feather fixated on her, attached to her, and didn’t let go until a Catholic exorcist ran it off many years later.

At the séance, Red Feather told her things about her immediate future that came true and this convinced Nieto that she had tapped into something really important and true that gave her an edge on the competition for material success and gave her meaning — to a small extent. She used it to cover up the lack of hope down in her soul and the depression came to a head when her boyfriend moved out to Southern California. She visited him and he broke up with her, bringing her to the brink of suicide.

She drove her boyfriend’s Pontiac Grand Am to the top of a hill and floored the brake pedal with one foot, while revving the accelerator with the other. She was about to drive his beloved car over the cliff when a large feather cascaded before her, slowly descending from the sky.

She got out of the car and looked around, but saw nothing. No bald eagle, no red-tailed hawk — nothing. Though she now believes it was a miracle at the hand of God, she attributed it to her demonic Cherokee friend at the time and went home to Michigan with a sense of purpose — to begin training to become a psychic.

For several years, she conducted séances in her basement, where Red Feather took up residence. Her cradle Catholic husband, Dominic, didn’t merely tolerate it — he was into it right along with her. They now have five children, but had two when Nieto started having visions and “hearing” the voice of her spirit guide in her own mind like thoughts that stand out as not one’s own.

She began journaling what she was seeing and hearing while building a career entertaining at casinos, on cruise ships, and other places with a one-woman comedy show. She came back from a gig in Phoenix to find her born-again housekeeper, Bonnie, had brought a friend to help clean the house and they were there when Nieto walked in the door.

“This woman I did not know came screaming up from the basement and asked me ‘are you Cherokee Indian?’ and I said ‘do I look like a Cherokee Indian? Who are you and what are you doing in my house screaming at me?’ I asked her why she asked me if I was Cherokee and she said ‘the Lord told me you have opened a gate to hell in your basement.’ She said ‘you’ve conjured up this entity in your basement’ and she sensed a connection between what God had said and her sense of it having something to do with Cherokee Indians,” Nieto said.

The housekeepers weren’t Catholic, but believed in the use of sacramental holy water, which they kept in the car.

“Their car was literally held together with Jesus stickers, but they went out to the car and got some holy water and came in and started throwing holy water everywhere and praying in tongues and they freaked me out. I said ‘you’re outta here!’ and they left, but not before they put a Bible on my table and told me to read the Gospels,” Nieto remembers.

“It sat there for about three days — I was afraid to touch it. Eventually, I thought ‘I’ll just open it up.’ Now, I had fought those ladies — I repeated all of the talking points atheists use. I told them nobody can understand the Bible and that there have been so many translations of translations that none of it is trustworthy. Then, I started reading the Gospels and realized it’s stories and I had formed an opinion of something I knew nothing of. A lot of people do that,” she said.

God was on the move and it would take incremental moments like that one to bring her into the Church — though she had been baptized as a baby.

“I hated the Church for what I thought it was, but I had no understanding of what it really is and what the Bible is — God’s love letter to us. So, I called those ladies back, but they were pretty nuts and I needed someone more rational who functions a little better in the world. At my daughter’s pre-school, I found a born-again Baptist, who was an ex-Catholic and had been praying for someone to witness to. Then, here I come along,” Nieto said.

As the women began developing a friendship, Nieto saw how different their lives were. Nieto had money. She had a nice house and a family, while her new friend didn’t even have furniture in her living room — just toys for the kids to play with.

“She had a linoleum floor in her kitchen and served a bad cup of coffee on a card table — yet she had something that I wanted. She was happy, yet had nothing and here I am with everything and I’m miserable. I said ‘I need help’ and she led me to the Lord and here’s how God did it: He took me back to the question of my youth. I asked her what Lamb of God meant and she opened the Scriptures to me and walked me through it. I went to my knees, sobbing, and asked God for forgiveness,” she said.

Nieto began attending an evangelical Bible study and a Baptist Church where she was taught anti-Catholic beliefs that convinced her she needed to convert her husband. His Catholic faith was far from devout, but he had always had a prayer life of some sort and wasn’t in the least bit interested in becoming an evangelical. Nieto indicated that her efforts to convert him by bringing home reading material brought on a similar retort and she started reading Catholic material.

Dominic’s faith was renewed and the couple went through RCIA together; a convert and a revert. However, there was still unfinished business: a now-unwelcomed guest in the basement.

“When we became Catholic, we didn’t realize the ramifications of all of our New Age activity with psychics and séances and all that. We didn’t understand the entity was still there. When we had been Catholic for three years, I was pregnant with my fourth child when a friend of mine came over to the house and brought her little boy with her, she said.

“They were outside resting on the hammock and these were really religious people who never watched television or spoke of evil in their home. Through the window, the little boy saw me going up the stairs and he started yelling ‘he’s so evil! He’s so evil!’ and his mom asked him who is so evil and he said ‘the man following Miss Kelly.’ He saw a man with dark skin and long, dark hair following me up the stairs; that entity had told me he would be with me always,” Nieto said.

Two more years went by before the little boy’s mother told her what had happened. So, five years after coming into the Church, Nieto looks for someone who operates in the charismatic gifts to handle this problem. She called her priest, but it was over his head. He recommended one of three exorcists Nieto said were in the Archdiocese of Detroit at the time and a very intense priest paid her a visit.

He came with a small team — just one woman who prayed in tongues throughout the two-hour exorcism.

“He said when he walked in the door that he felt greed and fear. When we got to the kitchen, he sat me down and had me tell him everything. He continued to go through the house and, I don’t know how he found it and I didn’t even know it was there, but in the back corner under my daughter’s bed, he found a New Age book about chakras and he was like ‘really!?! Under your daughter’s bed!?! Really !?! When I became a Christian, I got rid of all of that stuff, but I somehow missed that one, she said.

“Then, he got to the basement. It was like ‘whoa!’ He got to that room and backed up and said ‘we’re saying Mass right here!’ and it was where I had been channeling. He asked me for a bottle of water and I went and got one; he made holy water and cleared off the table. This woman’s praying in tongues, I’m sobbing — we had the Rite of Reconciliation and Mass,” she said. After the exorcism, Nieto and her family didn’t wait around to see if the entity was gone or not — they moved to a house across the street.

Kelly continues to find ways to serve in the Church.  She had loved the contemporary music of the evangelical groups she had been around and missed it when she became Catholic. During Holy Week one year, she had an encounter with the Holy Spirit while a group in her parish was praying the Stations of the Cross and the dream was born to combine the two. A live musical of the Stations was created and Kelly’s ministry, The Cross and the Light, was born.

Kelly Nieto has appeared on The Journey Home and her program can be viewed here.  The website for her musical production of the Passion is www.crossandlight.com.