From Lutheran to Hypocrite to Catholic 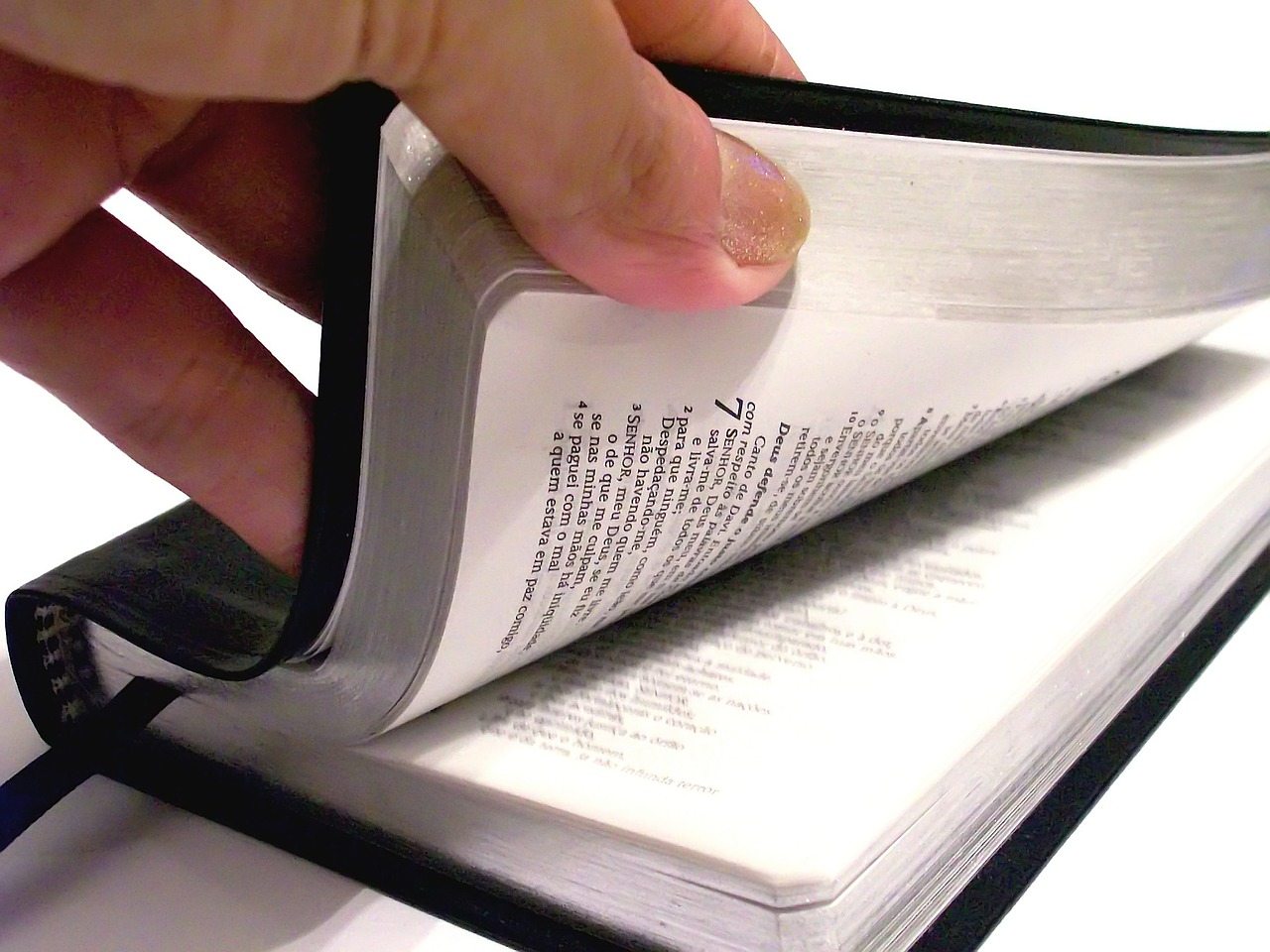 I was born in 1965 to Mary (Alexander) Lane, now a retired educator for the Highland Park, Michigan School District. My mother was famous in her own right. She was the first African-American female model that Coca-Cola ever hired, which happened in 1956.

My father, Dick “Night Train” Lane, was arguably the greatest cornerback in NFL history. Drafted as a free agent walk-on in 1952 by the Los Angeles Rams, it was in his rookie year that he set an NFL record for the most interceptions in one season. That record still stands as of the end of the 2017 NFL football season. In fact, the record was set when the league had only twelve games per season and played real football, with leather helmets, not a lot of padding, and no face masks. For that reason, it will probably never be broken.

In 1953, Dad was traded to another team. At the time, they were called the Chicago Cardinals. He played with them through the 1959 Season. In 1960, he was traded to and finished his career in 1966 with the Detroit Lions. In 2009, Sports Illustrated and ESPN ranked the 100 most feared men to ever play the game of professional football, and my father came in second only to the legendary Dick Butkus. In 1974, my father received the highest honor that can be bestowed upon anyone affiliated with the NFL: he was elected to the NFL Hall of Fame.

My Own Inauspicious Beginnings

Now let us move on from my parents’ history, which is only the remote beginning of my own story, and specifically, how I became Catholic.

My mom and dad were Lutheran, so my mom dragged me, kicking and screaming to the Lutheran church every Sunday. We attended Outer Drive Faith Lutheran Church in the northwest section of Detroit, and I also attended Lutheran Schools from kindergarten through the tenth grade – Greenfield Peace Lutheran Elementary School and Lutheran High West.

My parents were divorced when I was about 5 years old, so I struggled as a child of divorce. But I thank God every day for a strong woman of God in my mother. When I reached the “mature” age of 13, I told my mother, “I am tired of going to this boring Lutheran Church.” Immediately she retorted, “Boy, you are going to go to someone’s church!” Now mind you, I was never afraid of my father. After his retirement, he remained 6 foot 3 inches tall and had ballooned up to about 360 pounds. Dad was a mammoth of a man, who had a true passion for the game of golf. In the early to mid 1970’s, he was hitting drives legitimately averaging over 300 yards — and again, this was during the time of real wooden wood clubs. Yet I was not afraid of him. In contrast, I was terrified of my mother. So when she told me I was going to go to someone’s church, I responded with those magic words: “Yes ma’am.”

A Different Direction in Adolescence

I then called a buddy of mine, Maurice, and told him I needed to go to church with him. He agreed that this could be arranged. Now mind you, I had been raised in the Lutheran church: very solemn, conservative (we were Missouri Synod Lutherans) — and (to my mind, at least) boring. In and out in an hour, and that was it. Maurice had previously taken me to his church, so I knew what to expect. At the time, about 1978, there were no such things as megachurches, but he belonged to Greater Grace Missionary Baptist Church in Detroit. When I walked in the door of that church, I saw almost 2,000 people, all on their feet, jumping, shouting, singing, dancing and praising the Lord. There was an 80-person Gospel choir, along with a musical accompaniment of approximately eight to ten different instruments. It was like a concert in a megachurch every Sunday.

This Baptist congregation was my first real exposure to that kind of worship. Previously, I had just perfunctorily attended church, because it was something you were supposed to do, as mandated by my mother. The Baptist church was a different and more personal experience. For me, it personalized my relationship with Jesus through the celebration and worship in which I participated.

Fast forward to about 1984, when I enlisted in the U.S. Army Military Police Corps. In the military, there were only Protestant services and Catholic Services. I went to the Protestant services and did not really care for them;  I then went to the Catholic service and thought to myself, “This is similar to what I grew up with.” In the Nicene Creed, which we recited in the Lutheran Church, we stated our belief in “one, holy, catholic and apostolic Church,” and I took this to mean that I must be Catholic!” Little did I know there was a difference of meaning between the word catholic, lower case, and Catholic, with an upper case ‘C.’ When you see catholic (small letter ‘c’), it means universal; when you see Catholic (capital ‘C’), it refers specifically to the Catholic Church.

Anyway, I proceeded to attend the Catholic services in the military, and when I went to re-enlist for my second tour of duty, I even changed my dog-tags from Lutheran to Catholic! So, I was Catholic… or so I thought. After all, Uncle Sam had stamped it on my dog-tags! Mind you, I was living a worldly life, still focusing on worldly things: clubs, drinking, partying, women, etc. I was just going to church on Sundays and not taking it seriously. When I was stationed in Indianapolis, I even had someone who was Catholic explain to me the devotion to Saint Christopher, which I had embraced at the time. I wore a St. Christopher’s Medal around my neck. (Christopher would later be the Baptismal Name I would choose when I came into Full Communion with the Church several years later.) I moved to Oakland, California, where I resided from 1988 to 1998. There, I continued to live in a worldly manner, still not serious about my faith, but sought out and found a wonderful Catholic parish, which I attended regularly. You see, living on the west coast, NFL Football games would come on television about 9 or 10 a.m., while most church services were going on. But being Catholic, I could go to Mass on Saturday at 5 p.m., and it would then be OK to sleep in and watch TV on Sunday. That shows you where my priorities were at the time!

Moving from “catholic” to genuinely Catholic

I moved to St. Louis, Missouri in 1998 and again found a church. Lord have mercy, this was no ordinary parish! St. Alphonsus Liguori “Rock” Church in St. Louis is an African-American Catholic Church. This means that there is an emphasis on the “Afri-centric” worship experience. It is 100 percent Roman Catholic, but a very uplifting and, for me, genuine and true worship experience. From the very first Sunday I walked into this “Rock” church, I knew it was something special. It reminded me of that Baptist church I had attended in Detroit as a young man. This parish had a 40-person Gospel choir, uplifting and joyous music, and a priest who was truly on fire for preaching the Word of God!

I wanted to become involved in the Church and become a member of the parish. Instead, I got busted! They asked me if I was Catholic, and I responded Yes; after all, I had been attending Catholic Mass for almost 19 years, and it was even stamped on my Army dog tags that I was Catholic. I truly believed that I was Catholic at that time — until they asked me about this rather important thing: the Sacraments! They asked me about those, and I was busted! I had no clue what they were speaking of, and I was told that I needed to go through the Rite of Christian Initiation for Adults and then be formally brought into the Church (seeing I was already validly baptized) via the Sacraments of Penance, Confirmation and the Eucharist.

When I got into RCIA, I then realized what had been calling me to the Catholic Church ever since I was a little boy. It was John 1:14: “And the Word became flesh and made his dwelling among us.…” In other words, it was the Eucharist — the true Body, Blood, Soul and Divinity of our Lord and Savior Jesus Christ! It was not just communion, it was not just bread — or a cracker, or a wafer — and wine. It was the true body of Jesus and the true blood of Jesus!

This new knowledge transformed my life, my way of thinking, my way of living, and what I knew I had to do in the future.

Discovering the Eucharist and Finding a New Direction in Life

I often tell people that I fell in love with my Catholic Faith so much that I wound up marrying my RCIA instructor! I came into Full Communion with the Church on Holy Saturday, April 19, 2003, and for the next several years I prayed that God would send me a beautiful and holy woman, a spiritual woman. She had to be a woman from whom I could continue to learn and grow in my faith. I thought the Lord was going to have me marry a nun! Instead, He gave me my beautiful bride, Donna L. (Grant) Lane. We were wed in St. Alphonsus Liguori “Rock” Church on May 27, 2006.

Jesus said, in John 14:6: “I am the Way, the Truth and the Life.” The Church has given me the vision of how Jesus has made and continues to make a way where there was no way for me in my life. Jesus has shown me the Truth in His Church and in my own personal life. He gives us eternal life, if we continue to do His Will and follow His Church; He gives us the fullness of the means of salvation within His one Church. Then there is the Eucharist, the Body, Blood, Soul and Divinity of Jesus. This is the unending Divinity of Jesus which is contained within the Eucharist. Why am I Catholic? It’s the Eucharist!

There is no way to go to God, unless we go through Jesus (see John 14:6b); and we Catholics have Him present with us at the celebration of the Mass! I no longer just “attend” Church perfunctorily; I run to the celebration of the Mass each Sunday — and every other day I possibly can. I run to be in communion with Him; I run to be in His Presence in the Most Holy Sacrament of the Altar; I run to prostrate myself in front of “my Lord and my God!”

This is why my wife and I have dedicated our lives (the Bible calls it “Qorban,” dedication) to God in serving Him. I travel the world doing men’s conferences, parish missions, Catholic revivals, preaching His good news of salvation to others, encouraging and uplifting others to understand the deeper meaning and deeper relationship that God desires to have with all of us! Cradle Catholics and converts alike, we must have a daily conversion of heart, mind and spirit; a daily renewal of heart to the Lord; a total, complete and radical trust in the Lord. This is what He calls for us to have. He calls us to give our lives totally and completely to Him. After all, Jesus gave His life, totally and completely, for us!

Why I became Catholic, then, boils down to this: “And the Word became flesh and made his dwelling among us, and we saw his glory, the glory as of the Father’s only Son, full of grace and truth” (John 1:14).

Richard Lane is a full time Catholic lay evangelist and frequent guest on various Catholic television and radio programs. For more information on Richard’s Ministry or how to invite Richard to speak at your next conference or event, or to lead your next parish mission, visit CatholicEvangelist.net .