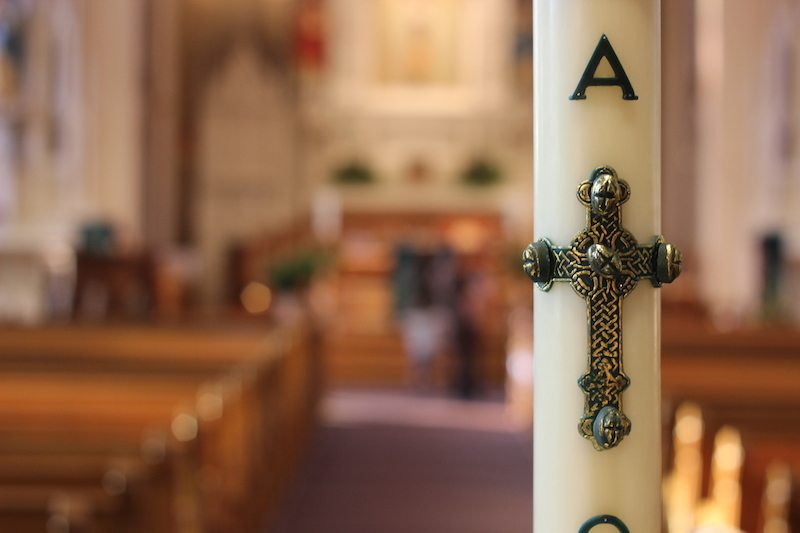 It has been said that life is a journey and not a destination. For close to fifty years I followed a spiritual path that was shaped in and through the Anglican Communion. Choirboy, altar boy, priest, secretary to the Diocesan Synod, Franciscan friar, confessor to bishops, and chaplain at the 1998 Lambeth Conference, I have seen it all in Anglicanism.

I was born into a family renowned for its involvement in and distinguished service to the Anglican Church in Jamaica. Without a doubt, I would receive a “proper” primary and secondary education in the best Anglican schools. So, for my family who believed in everything being proper as opposed to common, it should come as no surprise that they naturally were steeped in the Anglo-catholic tradition. The low church/evangelical clergymen from England did not seem to have the “proper” class!

This Anglo-catholic setting had all the externals of Catholic worship, the interior spirit of which, I am convinced inspired the way in which my family lived out their Christian life, always mindful and responsive to the needs of those less fortunate than themselves. Communion in our church was the center of our lives and only serious illness was a legitimate reason for being absent from the Sunday celebration. Of course one had to prepare for this by confession and the obligatory fast.

So, as you can see, as an Anglo-catholic I had Mass, confession, benediction, Marian devotions, bells and smells. I had it all. I was catholic! So what’s the big deal? Why am I in the Roman Catholic Church today?

I was eleven-years-old when I was introduced to the “low church” side of the Anglican faith. Confused, I thought I was in an entirely different church that just borrowed our words! I began to understand why one of my former confreres said that during Week of Prayer for Christian Unity, he would go to worship at a “low church.”

I decided to enter seminary and experienced a different Anglican church. There was no one who openly espoused Catholic doctrine and faith as I had been taught. I was asked many times whether or not I would feel more comfortable next door.

Indeed I sought refuge next door at the Catholic seminary. The then-rector, Father Don Reece, guided me along my spiritual path and allowed me to participate, at my leisure, in whatever liturgical activities were offered. All except the reception of Holy Communion, for which I yearned. I prayed in earnest the words of Psalm 42: “Like as the hart desireth the water-brooks / so longeth my soul after thee, O God. / My soul is athirst for God, yea, even for the living God / when shall I come to appear before the presence of God?” I cannot express in words as beautiful as these my longing for the Catholic Church. However, during those years, I remained blind to the way that was being shown to me and deaf to the voice that was speaking to me. I was still far from home!

Regardless of my desire to receive Holy Communion in the Catholic Church, I still chased after the shadow, ignoring the reality. I was ordained an Anglican priest in 1982, but every so often the nagging thought of the validity of my orders and the efficacy of the sacraments that I administered would come to haunt me. And my restlessness heightened. Going off to do a liturgy degree at the University of Notre Dame, joining the Anglican Franciscans, and living in various parts of the Anglican Communion were all signs of that restlessness, but also of the quest for truth.

Startling changes in the Anglican Church

Troubling events in the Anglican Church seemed so distant until they started to hit nearer to home. The ordination of women, the blessing of same-sex unions, ordination of an openly gay man in a same-sex relationship as a bishop, and the setting up of alternative Episcopal oversight for parishes not in communion with their bishop opened up my eyes to the absence of catholic order in Anglicanism. I needed a Church that did not display inconsistencies in her official formularies. I needed a Church that spoke with authority in matters of faith and doctrine. I did not need a Church that was making it up as she went along. I needed the fullness of truth and not institutionalised lies.

I started more and more to wonder if I were “playing church.” Was I playing “dress up?” At that time, I was living in New York and–for all intents and purposes–I was Episcopalian, but, after all the new changes, I could not in good conscience be obedient to church pronouncements. When the opportunity came for me to return to Jamaica in October 2001 to start a Friary for the Anglican Franciscans and also a retreat house, I took it as a sign from God! That was the change I needed. I was back home and I could settle in my monastic setting, ministering to the predominantly malcontents of the Anglican Church, with whom I grieved over the Anglican Communion and prayed earnestly for conversion and a return to Rome. Unfortunately there were some persons who proclaimed me as a “savior” of the Anglican Church, but I had to tell them that this “savior” needed saving and that that job was already taken by Jesus!

The return to “Jamaica land we love” — that journey home — was not the home I needed. I no longer believed in the Anglican Church as being part of the one, holy, catholic, and apostolic Church. There are so many good people in the Anglican Church, but I became convinced that the Church of Rome is the true Church. The Church is not only about good people. It is about truth.

I had spent so many years rationalising my beliefs and practices while at the same time apologising for being a member of a church that was no longer tenable. At the retreat center for which I was the director, I started to use the Roman Sacramentary. Was I playing church? I concluded that I was. The last straw came when I was upbraided by an Anglican bishop for encouraging people to go to confession and by another for having the “papist” practice of benediction at the retreat house, which he had outlawed in the diocese.

In April 2004, I approached the Most Rev. Paul Boyle, CP, the then Roman Catholic bishop of Mandeville, Jamaica. I expressed my desire to become Catholic to him, having chosen his diocese because it was the most rural of the three dioceses in Jamaica since I was too well-known in Jamaica and I wanted no publicity.

In June of 2004, I went to England to preach a retreat for Anglican Franciscan friars, and, before returning to Jamaica, I went to visit friends in Birmingham. I searched around desperately for a church to attend on Sunday and every one of them had an ordained woman on the staff, who would probably be presiding on Sunday. As a last resort, I decided to go to a Catholic Church and attended Mass in the Oratory founded by Blessed John Henry Newman! From that moment without intending it, Cardinal Newman has become a type of mentor for me. A Passionist received him into the Church and I was guided into the Church by a Passionist bishop! Like Newman, I needed (and still need) that kindly light to lead me amid the encircling gloom.

There were many a dark night and I felt so alone and far from home. The months and days before my final move were very difficult. My mind was made up, but I was committed to being at the retreat house until October 31, 2004. I had severe spiritual struggles. The way of the flesh can be so strong. Thoughts kept tormenting me:

“Look at what you are leaving behind!”

“You would certainly become a bishop!”

“What about your friends and former parishioners? Don’t you care about them?”

“Can’t you stay and fight for changes?’

“What about members of your family?”

“Get behind me Satan!” That was all I had the strength to say.

On November 11, 2004, grace led me home and the Most Rev. Gordon Bennett, SJ received me into the Roman Catholic Church. Bishop Bennett was Bishop Boyle’s successor. On that day I made a profession of faith, saying words that I had said all my life, but on that day there was not even a hint of doubt in my mind.

I still hoped to be a priest and to live in a religious community. Bishop Bennett pointed me to the Missionaries of the Immaculate Heart of Mary, known more popularly as the Mission Society of Mandeville. It is a society of apostolic life with a Marian and missionary charism. The passion of Jesus is the foundation of its spirituality and it is committed to mission work in the Caribbean, primarily Jamaica.

My journey took me to Rome where I spent time with the Passionists. I had visited Rome on a few occasions before, but no longer was I a tourist. I was a pilgrim. I even had the opportunity to visit the Congregation of the Doctrine of the Faith. It was to Cardinal Ratzinger that my dossier for ordination as a Catholic priest was sent. I was told that it would take about three years for the ordination to take place but, with some assistance from Cardinal Newman, to whom I had entrusted my cause, in less than two years after being received into the Catholic Church, I was ordained.

On August 1, 2006, Bishop Bennett ordained me a priest in Christ’s holy Catholic Church, twenty four years to the date of my ordination as an Anglican priest. Bishop Don Reece was present. “It has been a long journey,” he said. He is now the Archbishop of Kingston! Since ordination, I have been serving as pastor of our Mission Society’s parish. I have been appointed the Director of Liturgy for the Diocese of Mandeville and more recently the Diocesan Director of Vocations.

Now I have truly come home! Like Cardinal Newman I have been led by the kindly light. Many of my former colleagues have showered upon me the names of “traitor” and “hypocrite,” along with other uncomplimentary designations. I have even been called “sheep-stealer” because a few of my former parishioners/directees have crossed the Tiber with me (still others are contemplating the move). One curious former colleague asked me why I had finally made the move and my response was: “A Church without a proper magisterium is like a rudderless ship heading towards destruction. So I jumped from a sinking ship, swam the Tiber, and from the bark of St. Peter a lifeboat was offered to me and now I am safe on board.” Today, I say to my Anglican friends, without meaning to be facetious: “Lo I have gone to prepare a place for you, so that where I am, there you may be also” (John 14:3).

Why did I take so long to come home? I am still not sure. Now I am home to stay.

The night is gone,

And with the morn those angel faces smile,

Which I have loved long since, and lost a while.’

The kindly Light has brought me home.

Fr. Anthony Aarons was ordained a priest in the Catholic Church on August 1, 2006 and is serving as Vicar General of the Roman Catholic Diocese of Mandeville. He is also the Diocesan Director of Liturgy, Director of Vocations, and Diocesan Director of the Pontifical Mission Societies. Additionally, Fr. Aarons is the Administrator of the National Marian Shrine of Our Lady of Dunsinane and, by the end of the year, hopes to enter the Immaculate Conception Province of the Third Order Regular (TOR) friars of St. Francis.