My Journey to the Catholic Church 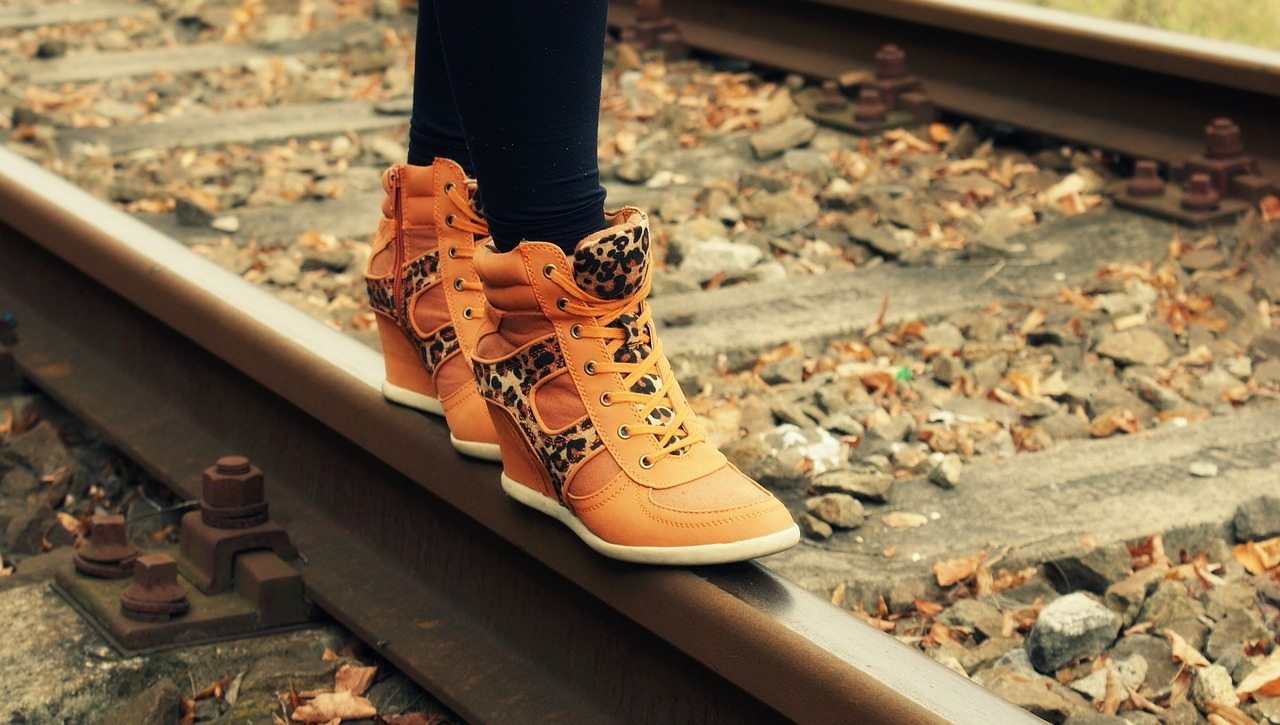 I was born to lifelong Lutherans (ELCA) who, of course, baptized all their kids Lutheran. I was baptized on December 28, 1980 — a date that I realized, soon after my conversion, as the Feast of the Holy Innocents. I sometimes wonder why I wasn’t baptized sooner given that I was born six weeks prematurely, but I suppose that in Lutheran circles baptism isn’t considered crucial for newborns, even premature ones.

At any rate, I was raised in a Lutheran home. My parents took us to church and Sunday School regularly, a fact for which I am grateful. Religion was sometimes discussed in our home but mostly in response to questions I posed after reading the Bible (which I did at an early age) or watching movies about Jesus. It was never a topic I remember my parents initiating or even discussing in detail (either with us or with each other). My feeling all through childhood was that church and religion were Sunday activities. That’s not to say that my parents were nominally religious — it’s just that God, Jesus, religion, etc. didn’t seem to play that large a part in our day-to-day lives. That’s just my perception, looking back after many years.

I was confirmed in the ELCA in 1994, I believe. I remember that as part of one of the Confirmation classes, we were required to memorize and recite a part of the Small Catechism. I was assigned the Last Supper discourse (“this is my body, given for you…”) and I remember being very pleased to have that particular part. Even then I considered Communion to be pretty special. During this time period, my parents were going through a bitter divorce, and my faith was my solace.

In 1999, I went off to college at the University of Wyoming. I began attending a Lutheran church close to campus in Laramie, and also began attending a Christian group on campus called Chi Alpha, run by the Assembly of God church (i.e., fundamentalist). There was no conflict between the two; theology was never really discussed or brought up. I met many fantastic friends through Chi Alpha, including my best friend and former roommate Rose. It was a wonderful college experience. I didn’t get too terribly involved with my Laramie ELCA church; I mainly attended because it reminded me of home.

In 2000, at the end of my sophomore year, I met my future husband, Collin, online; in 2001 we were married and I moved to Minneapolis, transferring to the University of Minnesota-Twin Cities. I remember being pleased to learn that Collin was, like me, a lifelong member of the ELCA. Although he’d fallen away from Christianity for a time as a teenager, a class he took in college called “The Writings of C.S. Lewis” brought him back and caused him to take his faith more seriously. We were married in Our Savior’s Lutheran Church, the same church where I’d been confirmed, on September 1, 2001.

Fast forward a few years… one day, I think it was in early January 2003, Collin surprised me with the announcement that he’d been doing a lot of thinking, research, and praying, and he felt God was leading him to convert to the Catholic Church. I was aghast at the very idea.

As it turned out, Collin had been having a lot of theological discussions with his best friend, who’s Catholic, and he had come to the conclusion that the Catholic Church was the only one with the fullness of Truth. I disagreed, but after a few weeks of talking about the issue, I agreed to go to RCIA with him. I thought that if I was going to be raising our potential kids Catholic, then I should know more about the faith. At the time I started RCIA, I had no intention of converting.

I have to admit that things had been bothering me about the ELCA for a while prior to Collin’s announcement. For example, I found out that the ELCA’s health care plan for its employees (e.g., its ministers) paid for abortion. I found that disturbing, as I’ve always been staunchly pro-life… and then when I read ELCA’s actual statement on abortion, it seemed rather wishy-washy to me. I’ve since written an article for the Catholic Phoenix blog going into what exactly I found so disturbing about the ELCA’s stance on abortion.

While in RCIA I was confronted with questions I hadn’t really thought about before.

First and foremost was the sola scriptura issue. The Catholic Church’s authority is like a three-legged stool, with Scripture, Sacred Tradition, and the Magisterium all having equal weight. Protestant traditions all go by the Bible alone. However, when it comes down to it, this doesn’t really make sense. After all, Jesus spoke pretty clearly about being a unified Church, but there are 5,000+ Protestant churches that all claim to go by the Bible alone. Who is right? They can’t all be right. Would Jesus really leave His Church in such confusion?

Also, the doctrine of sola scriptura is not actually found in the Bible. Nowhere does Jesus or any of the Apostles, or St. Paul, say that we should only follow the Scriptures. We are told that the Scriptures are good, profitable, etc., but we are never told they are the sole rule of faith. St. Peter warns against private interpretation of the Scriptures, a cornerstone of the Protestant faith, and St. Paul tells Timothy to follow the traditions he’d been taught! I had never been faced with these apparent contractions before.

Once I concluded that sola scriptura was false, that begged the question: do Christians have an authority on Earth, one that interprets God’s Word in light of our modern times and shepherds Christ’s flock?

If you read the early Church fathers, they were remarkably Catholic. They believed in the perpetual virginity of Mary, the transubstantiation of the Eucharist, and so on. The Protestant argument seems to be that the Catholic Church eventually corrupted Christianity and the Protestant reformation put it back on track. But if the Church from its earliest days was Catholic, could it really have been corrupted so soon? It didn’t seem logical that God would put His Church in human hands, only to see it go corrupt before two generations after Christ.

Also, the Bible wasn’t even compiled until around AD 400. If we were supposed to go by the Bible alone, what did the earliest Christians do? Moreover, it was the Catholic Church that compiled and established the canon of books of the Bible, so it didn’t make sense to me that Protestants trusted the Church to compile an inspired and inerrant Bible, but not to be authoritative in any other way.

Then I started to read more about the Church’s claim to authority; that is, that the Pope is the successor of Peter, and it just made sense to me that Jesus would establish an earthly Church with an earthly successor to guide His flock. In addition to giving Peter the keys of the kingdom (Matthew 16:18-20), He even told Peter three times to feed His sheep (John 21:15-17) — not any of the other apostles, but Peter alone.

Once I began to believe that the Pope was the successor of Peter, the whole papal infallibility concept made more sense, and once that fell into place, so did everything else (the Eucharist, Mary, etc.). I figured that if Jesus had given the Church authority to teach, then I should follow those teachings — otherwise, I wasn’t really following Jesus to the best of my ability.

I also read a lot of conversion stories about Protestants who became Catholic, such as Scott Hahn’s “Rome Sweet Home” and Jimmy Akin’s conversion story. Also helpful was Patrick Madrid’s “Surprised by Truth” series. After my conversion I discovered Mark Shea’s books, which are a must-read for anyone considering Catholicism — especially “By What Authority? An Evangelical Discovers Catholic Tradition.” I also spent a lot of time on the Catholic Answers forums, talking with other Catholics about the Catholic Church.

Another turning point in my conversion was realizing the beauty of the Mass. When I first started attending Mass (very reluctantly), I thought it was staid and boring. Then came Holy Week. I was struck by how intense the services were, how much they focused on Christ and His passion. We went to the Easter Vigil Mass at the Basilica of St. Mary, and it literally changed my mind about the Mass overnight. The sheer beauty that overwhelmed the senses as I heard the readings and heard the music and smelled the incense — the pure joy that seemed to emanate from the very stones as the lights of the Basilica were thrown on full force after the darkness of Good Friday — the happiness of the newly baptized — well, it was an experience, and I began to see the Mass in a whole new light.

Collin and I were confirmed into the Catholic Church on May 29, 2003. We were originally scheduled to be confirmed at Pentecost, which was that Sunday, but I had just graduated from college two weeks before and we’d made plans to move out of state that weekend, so the priest graciously agreed to confirm us on a Thursday daily Mass instead. I hope the people who attended that particular daily Mass were pleasantly surprised to be present at a confirmation! I took a confirmation name, Anne, because St. Anne is the patron saint of motherhood and I knew it was my vocation to someday be a mother. (As it turned out, our daughter Elanor was baptized into the Catholic Church almost exactly two years later, on May 28, 2005.)  Through our Catholic faith we also discovered the joys of Natural Family Planning and have been using it to both achieve and postpone pregnancy since 2003.

Our home church is the Basilica of St. Mary in downtown Minneapolis, MN. It is an incredible church, full of peace and beauty. The reason we chose it was quite simple — it was within walking distance of our apartment; actually, the walk was the perfect amount of time needed to say a rosary. As Collin chose that apartment before he’d even considered looking into the Catholic Church, God provided him (and me) the perfect church home even before we knew we’d need one!