In the Middle of a Triangle 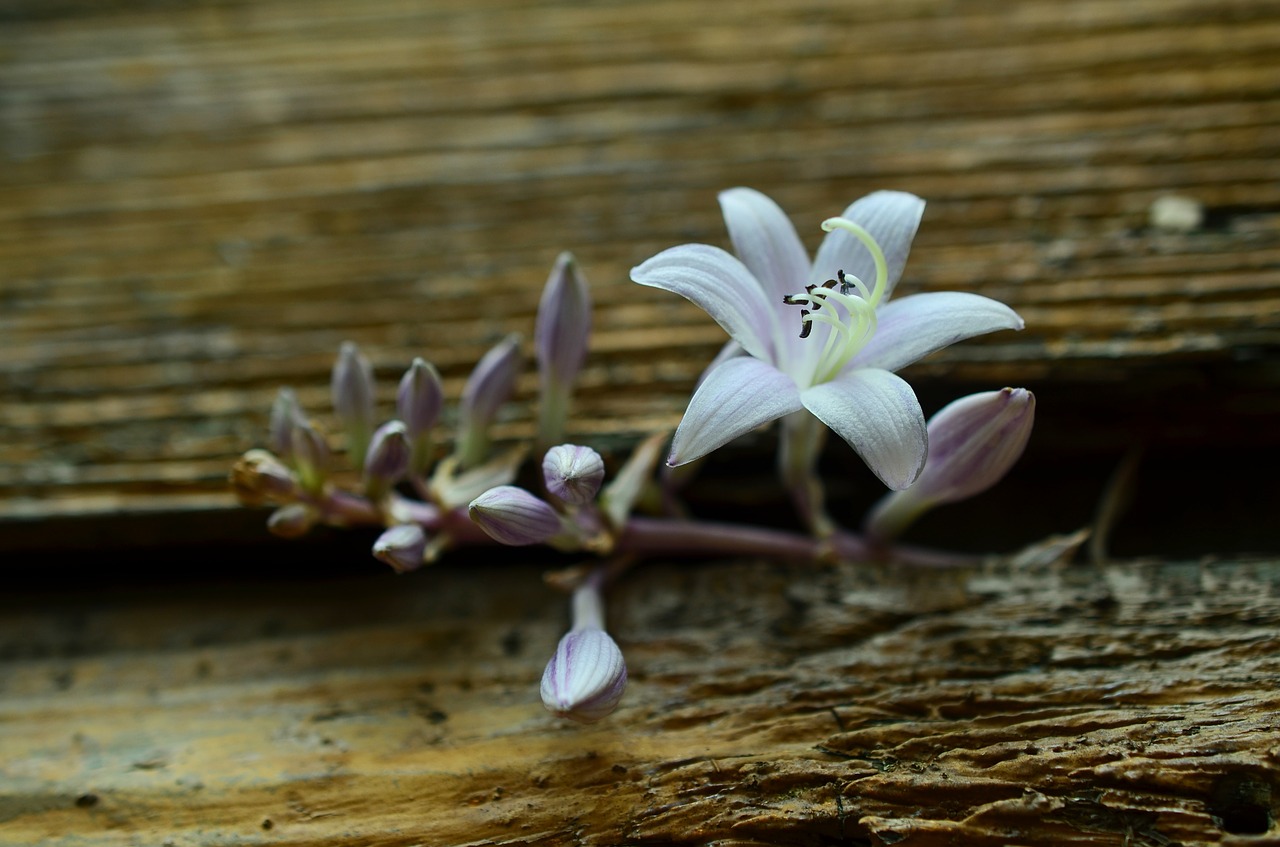 I was baptized Greek Orthodox (after my father) in Lebanon, where I lived the first 60 years of my life. My mother was an Evangelical Christian on account of the American missionaries who came to Lebanon in the early nineteenth century. I read the New Testament once in my teens and thought I knew everything. I ended up living somewhat in ignorance for decades.

I lived a secular existence, going to church only on feast days. I was in the choir at the Evangelical church, but only in the summertime when we would be at our summer place in the mountains overlooking Beirut. That was as far as it went on the religious side. I did lead a chaste life, though, guided by my memory of what I had retained of the Word of God.

My father was an Arabic and history teacher at a boarding school who was home on weekends. My mother was a music teacher and was in Saudi Arabia at the time, tutoring the daughter of the crown prince. The younger of my two sisters took care of me.

Without much guidance, I was a collage freshman dropout from the American University of Beirut (AUB). During my freshman year (1956-57), my physics class was at the School of Agriculture building and I was by the window overlooking the beautiful football field. Planes, including jet fighters, would pass over the radio beacon situated at the AUB swimming beach on their final approach to land at Beirut International Airport. That did it. From that point on, I wanted to become a pilot.

I could not afford to pursue training abroad, so it was a long, pioneering endeavor, waiting for the ground school to open and for the Aero Club of Lebanon (ACL) to commence operations. I started flying in 1961 and was the first made-in-Lebanon, private and commercial pilot; all other pilots studied abroad.

I borrowed on my life policy and got my Assistant Instructor’s Rating from the UK. I later passed my Federal Aviation Administration (FAA) written and flying exams through the American Embassy in Beirut and got all my FAA licenses and eventually took over ACL operations. The ACL was a dead end. By then, I had trained one of my students as a flight instructor and he succeeded me when I joined Middles East Airlines (MEA), next door, as an airline pilot. It was a 27-year rewarding career. I flew Sud Aviation Caravelle 6N, Boeing 707, and 720 and Airbus A310 jet aircraft. I was a Route Training Captain for Trainee First Officers and for Trainee Captains.

I joined MEA in 1972 and married my charming wife, Therese, in 1975. She is a Maronite Catholic. There are twenty-three rites in the Catholic Church; one Roman rite and twenty-two Eastern rite churches. The Maronite Church never split with Rome. [For more information on the different rites in the Catholic Church we suggest you go to www.ewtn.com/expert/answers/catholic_rites_and_churches.htm—Ed.]

Caught in a religious triangle

I started reading the Bible in a serious manner some five years before my mandatory retirement at age sixty. Looking back now, all along, the Holy Spirit has been preparing me. First, I had Mr. Yorkie, a talented American for an English teacher during high school. I turned out to be good at English. I read American books extensively. Then again, my experience as an instructor and the resumption of the reading of Scripture all contributed to what was to come and helped me to reformulate my sense of justice. Philippians 1:6 was being applied in my life: “I am confident of this, that the one who began a good work in you will continue to complete it until the day of Christ Jesus” (I am quoting from the New American Bible for best rendering). Anyway, I could not remember where things were in the Bible, so I gradually developed an 18-page, selected Bible readings index that is unlike any other around.

Circumstances of war and work requirements gradually squeezed us out of Lebanon, and we ended up in America. My family left ten years before I retired, while I left just weeks after retiring in 1999. My second conversion took place in those last weeks. It was the Sunday after Easter, as I attended my first confession ever, during which, without crying, tears came streaming down my face at the thought of lost time away from God. (My first conversion was a pledge I wrote on a Protestant pamphlet a year earlier.)

In the United States, we would attend Sunday Mass at the Roman Catholic Church near our place in Los Angeles or at Our Lady of Mt. Lebanon Maronite Church. Weekdays, I would listen to Protestant pastors on the radio while waiting to pick up one of our three daughters from college. I saw inconsistency in their preaching and, when I realized that there were 33,000+ denominations/churches — to borrow from my training as a pilot — I applied full brakes, like there was not enough runway left! Matthew 16:18-19 figured prominently as the main factor, especially, since Jesus uttered the word “church” in the singular. In my simplicity, I believed Him. Did I do wrong? No way (Matthew 10:16)!

My father was Orthodox, my mother Protestant, and my wife a Catholic. I was in the middle of a religious triangle, and I did not like it one bit. Now, where in the name of heaven was God’s Church? I started a serious search for Her.

Searching for the one Church

The process was time consuming. The hurdle was the stagnation that followed after realizing that there wasn’t enough time in this life to experience all 33,000 Protestant/evangelical/non-denominational entities. After a (Holy Spirit) while, the Catholic Church became my target for investigation, since Peter was in the middle of things there. Of course, no entity can survive without a visible head and an organization to support it. Imagine two first officers flying a jetliner on a regular basis! I reasoned that if we need a head to institute an entity, then we do need a head to keep it going. And Jesus had already chosen to appoint Peter with authority over the Church.

I stumbled on typology (a study that examines the way in which Christian beliefs are prefigured or symbolized by people, places, events, or things in the Old Testament). Jesus employed typology: the “keys” in Matthew 16:19 which refer back to Isaiah 22:22; and Peter also: “let another take his position of overseer” (Acts 1:20 and Psalm 109:8). Next was Apostolic Succession through the laying on of hands: (Numbers 27:18-23; Deuteronomy 34:9; and Hebrews 6:1-2; 1 Timothy 4:14; 2 Timothy 1:6).

I read the works of St. Ignatius of Antioch. He was the first on record to have called the Church, the “catholic Church.” So, how was this man connected to the Church that Jesus Christ instituted? The answer was that he was the disciple of the Apostle John and was ordained by Peter. That was the connection that cannot be repudiated, considering that he lived for some 30 to 35 years concurrently with John.

When I perceived that Peter did not write about his travels, nor did John, I saw how God wanted Paul’s endeavors to stand out, but only as a sampling of what was going on. The other Apostles were doing the same. Therefore, I could not expect St. Ignatius to be mentioned in the Bible, nor his colleague in the “School of John,” St. Polycarp. St. Ignatius was the equivalent of Timothy and Titus, an apostolic man whose words help us discover the truth. By God’s providence, we have his writings here with us; his seven letters. [To read these letters, you may do a simple Internet search for “seven letters of St. Ignatius” or purchase a copy of Ignatius of Antioch and Polycarp of Symrna: A New Translation and Theological Commentary by Dr. Kenneth Howell, available at www.chresources.com—Ed.]

Again, that did it. When I converted, I had to get my baptismal certificate, because the Catholic Church, in conformity with the Scriptures, recognizes only one baptism and accepts Orthodox and Protestant baptisms if performed in the name of the Father and of the Son and of the Holy Spirit (Ephesians 4:5). I had no one except my (now deceased) sister in Lebanon to secure a copy of my baptismal certificate. She was much older than I am and would be very upset to know that I was converting. In the Middle East, this thing was just not done. I told her I wanted to be under the Pope. She misunderstood me. The word Baba in Arabic means Pope or father.

I chose to be a Maronite because I considered that the Maronites saved Lebanese Christianity by coming from Northern Syria and evangelizing the rugged Lebanese mountains, thus, eradicating the well entrenched organized pagan worship there, left over by the Christians who had only evangelized the coastline. With access to their ships, the Phoenicians could have spread their religion far and wide. Lebanon meant a lot to the Maronites, and I am of Lebanese descent. It was only natural for me to want to choose the Maronite Church.

Then again, the Maronite liturgy is very rich. There are prayers in a poetic setting, shedding light on the Scriptures from a different angle. The liturgy requires continuous active participation by the faithful. The Liturgy (the Mass) is part of the sacred oral Word (which was there plenty before the written Word). Thus, one gets insights into the revelations of the Holy Spirit to the Apostles. If one pays attention, one comes to realize, for example, that Mary, not just Joseph, is from the House of David; and that Jesus actually laid hands on the Apostles, minutes before His Ascension and did not just raise His hands to bless them, as we may imagine referring to Luke 24:50.

Here in America, I found myself engaged in Catholic apologetics, trying to convert my Protestant cousins back home, in England, in Australia, and here in America. Not succeeding there, I ended up evangelizing Catholics. I wrote numerous apologetics articles in our quarterly magazine and I now give a monthly, 5-minute apologetics presentation to members of our Knights of Columbus council at the Roman Catholic Church near our home in Los Angeles, where I am the sacristan for the Vigil Mass. I also attend daily Mass (Liturgy) at Our Lady of Mt. Lebanon Church.