How (Not) to Become Catholic 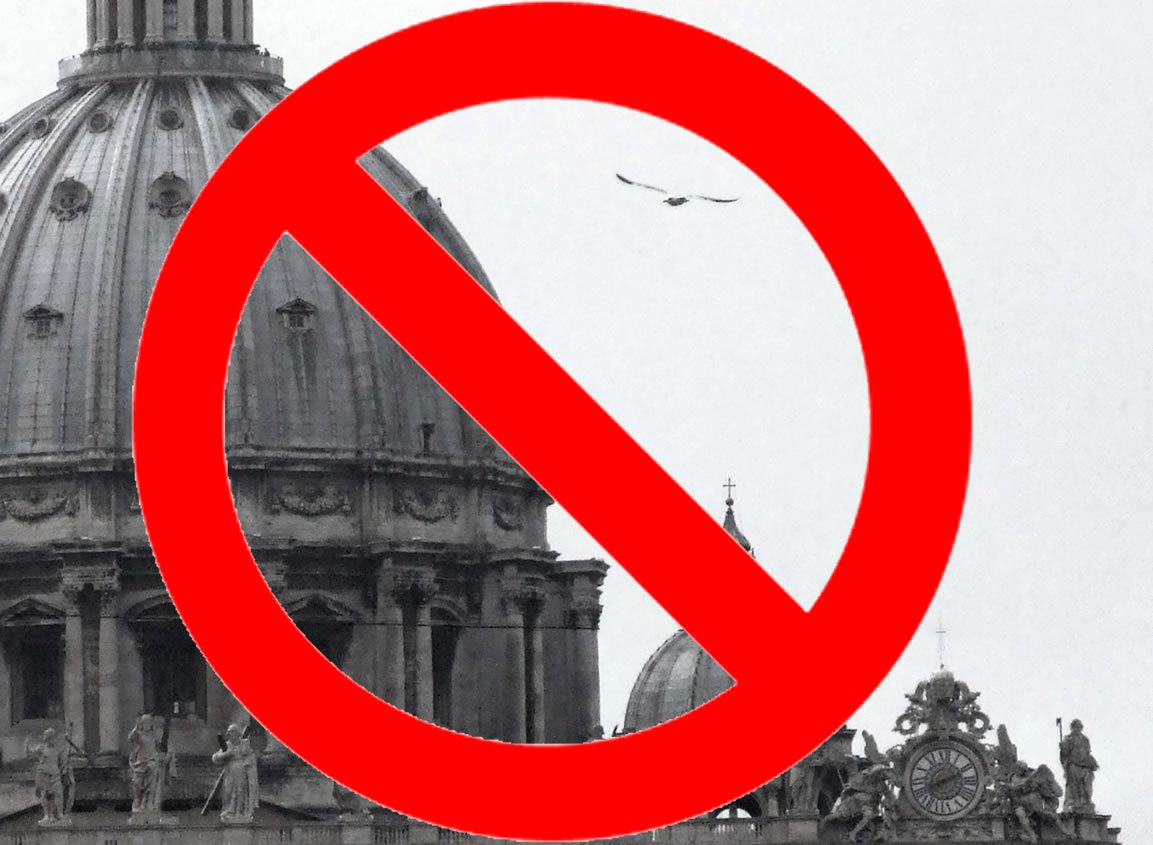 A few years ago my status changed. Having been a Presbyterian minister for over twenty years, I became a Catholic layman. How that happened is a long story.

In a nutshell, though, reading a Catholic author here, meeting with a priest or two there, befriending groups of faithful Catholics, and attending lectures, meetings, and (occasionally) Mass all added up. At the same time, my questions about the viability of Protestantism in a post-modern environment became more pointed and my answers more frightening. The Protestant mainline, oldline, sideline is in theological, moral, and cultural freefall as it approaches becoming little more than a sideshow. And the evangelicals, I fear, are not all that far behind.

Again, it’s a long story. On the other hand, how to keep the same thing from happening to you is a shorter story.

After all, for Protestants and for ministers in particular, becoming a Catholic is a hassle. A now-Catholic friend told me that his evangelical missionary in-laws would have been happier had he and his wife become hyper-liberal Episcopalians than faithful, orthodox Catholics. Friends with worried faces either ask difficult questions or—even worse—ask and say nothing at all.

Had I left my Presbyterian denomination to join the Free Will Baptists or a dispensational Bible church or to an Anglo-Catholic parish (smells and bells, but not Roman smells and bells), things would have been simple. There would have been a sentence or two in the Presbytery minutes to the effect that I had “peaceably withdrawn” to thus and such church because my theological convictions were no longer in keeping with the Westminster Confession.

No one, however, is permitted to peaceably withdraw to the Catholic Church. Old anti-Catholic habits die hard and so rigmarole, kerfuffle, and consternation were the order of the day. On the other hand, I guess I did demote the denomination from “church” to “ecclesial community,” the ministers from “fathers and brothers” to “separated brethren,” and Protestantism in general from “many expressions of the Body of Christ” to “a bunch of sects in imperfect communion with the Body of Christ.”

Once all was said and done though, my friends are still my friends, something for which I’m genuinely and profoundly grateful.

Not that I’m complaining, mind you. The Catholic Church is all it’s cracked up to be in those Scott Hahn books, Opus Dei discussion groups, and descriptions by friends who converted before I did. It is, as I told my wife one day, “the real deal” and I am amazed at God’s kindness to me that I get to be a Catholic.

Let me make clear that they’re not hard and fast rules. Breaking them all with impunity will not guarantee a switch to Rome. I know many people such as the Protestant half of Evangelicals and Catholics Together who know more about the Church than I do and yet are firmly rooted in the faith of the Reformation.

After studying enough Catholicism to coauthor the book Is the Reformation Over?, historian Mark Noll in an issue of First Things called himself “someone whose respect for Catholicism has grown steadily over the last four decades, and yet whose intention to live out his days as a Protestant also has grown stronger over those same decades.” Fair enough.

You could break all the rules and have the same experience Dr. Noll has had or you could break the rules to your own peril and could begin to view the Christian faith, your life, time, space, and the whole physical world in a new, but oddly familiar light. Perhaps I can steer you around all that.

For Catholics, let me strongly encourage you to break all the rules early and often. After all, why should the “converts” have all the fun?

How Not To Become Catholic  by Jim Tonkowich 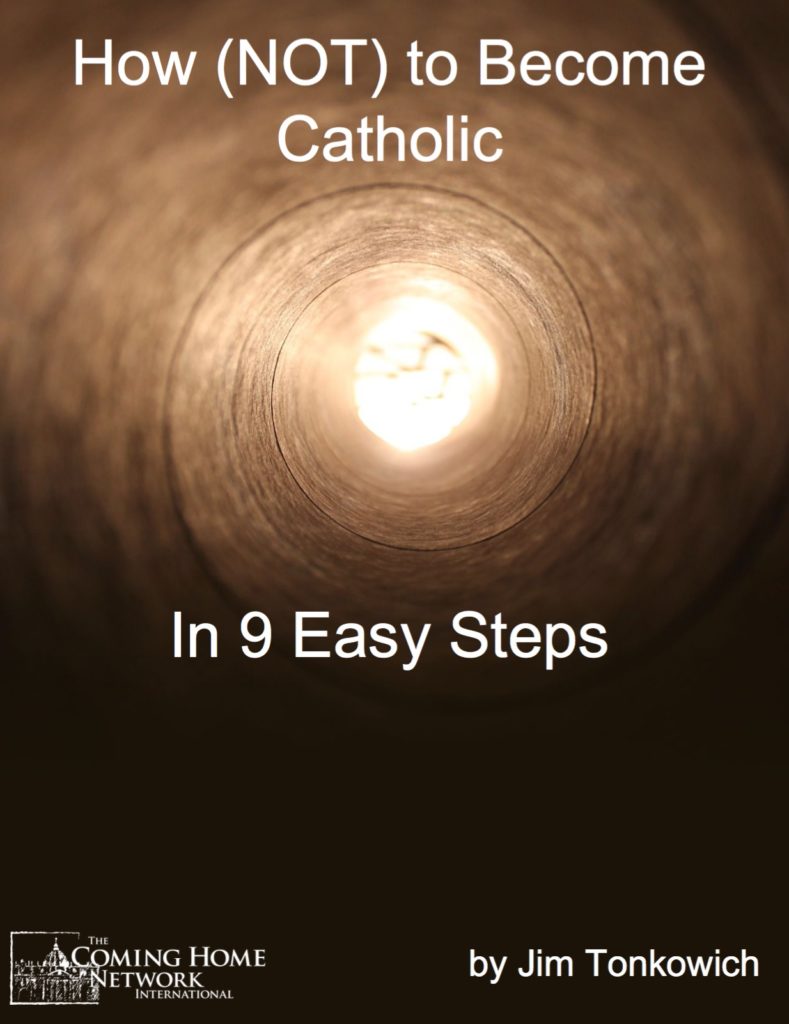 After more than twenty years of ministry in the Presbyterian Church in America, I entered the Catholic Church in January 2011. How that happened is told, in part, in my booklet “How (Not) to Become A Catholic.”

My work experience includes youth ministry, pastoral ministry, business, nonprofit management, writing, and public speaking. Most recently after managing Chuck Colson’s daily radio commentary, BreakPoint, I was president at the Institute on Religion & Democracy. Since then I have been freelancing and doing projects. Clients include The Heritage Foundation, the Diocese of Arlington, the Archdiocese of Washington, the Colson Center, and Wyoming Catholic College where I serve as Special Advisor to the President for Strategic Initiatives.

I write regularly on topics related to religion in the public square for a variety of online and print publication. My book The Liberty Threat: The Attack on Religious Freedom in America Today is available from St. Benedict Press.