From Hatred to Hope 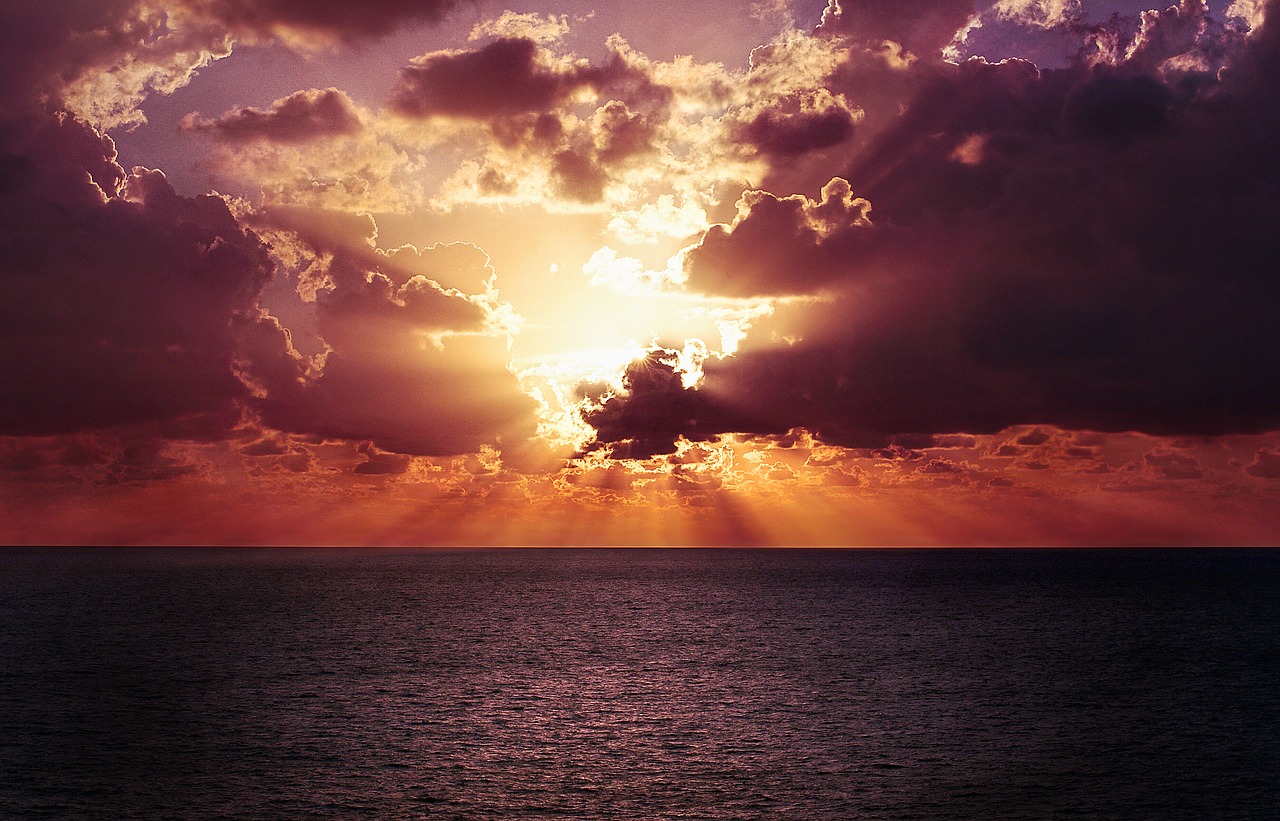 My first exposure to Catholicism was through an abusive step-father. A few key memories include our home being destroyed end-to-end in a drunken rage, and forensic photographs of my mother after a brutal encounter. My most prominent memory is of gunfire in our home during a shouting match between him and my mother. I was only nine years old. Not the greatest introduction to the faith.

As a young boy, these and a seemingly endless string of dark trials led me to frequently consider suicide. However, a few of these experiences, particularly my mother’s dabbling in the New Age movement, resulted in the idea that there was something more to life — there must be. There was a spiritual reality behind the gray haze of my existence. In my late teens, I began an energetic and deliberate search for God.

During my quest, I encountered a coworker at a pizza restaurant who was unusually kind. Upon inquiry about his motivations, he revealed that he was a Christian. Christ had lifted him out of drug addiction into a life of grace, and the transformation was obvious. Though I did not follow through on his invitations to Bible study and church, he illumined a path that I have wandered now for some twenty years.

Years later, my first church experience came at Glenn Memorial Baptist Church in Covina, California. I had been listening to the “Bible Answer Man” on the radio for some time, and the host indicated that he was a Southern Baptist. So, one Sunday on my own, I slipped into the back row of the nearest Southern Baptist church I could find. My hope was to go unnoticed as I anonymously checked this “Christian thing” out. Well, the first five rows were soon packed, and I found myself all alone in the back with about twenty empty pews between us.

The pastor couldn’t help but notice me and approached me after the service. By the end of our conversation, he had committed to a few hours every Thursday night to answer my questions and talk about life. Over the next year, we spent most of our time studying the scriptural and historical evidence for the life, death, and resurrection of Jesus Christ. In the end, it became clear to me that the Bible was a reliable document and that Christ was who He claimed to be. I prayed the “sinner’s prayer,” made my public profession of faith, and was baptized.

The anti-Catholic bent of this church fit well within the grooves of the emotional scars of my youth. I devoured anti-Catholic literature, memorized Scripture, witnessed door-to-door, taught Bible studies, and became a deacon. Though I carried much of the pain and weight of sin into my faith, my encounter with Christ was real and life-changing.

Constant Scripture reading and study, however, resulted in a nagging discomfort and doubt regarding the teachings of my denomination. I was fascinated by Church history and enamored by the idea of being able to see God’s hand at work in time. Even so, Church history, even slanted Reformation-side, served to fuel my unease.

Meanwhile, my pastor was obsessed with the idea of getting back to the purity of the early Church. This also drove me deeper into history, and deeper into struggle, not with Christ, but with the Protestant view of the Church. Before I continue, I must say that I am deeply grateful for my Protestant heritage. It was a Protestant pastor who introduced me to Christ and the richness of His Word. I have worked daily for almost fifteen years among Evangelicals, and I could not imagine working among better people. They have a passion for Christ and the family that has changed my life. To them, I owe far more than I can ever repay. That said, an early encounter with a Jehovah’s Witness and a Catholic woman at work set the trajectory of my faith toward the Catholic Church.

The Jehovah’s Witness was passing through my neighborhood and initiated a conversation. He introduced me to the idea that the Emperor Constantine had corrupted the Church and that political power had overcome the true Christian faith (Arianism). My instinct was to take him at face value; after all, I already “knew” that the Catholic Church was a corrupt institution. I decided to research his claims and assumed that some documentation of this event (the Council of Nicaea) was available for scrutiny. To begin my studies, I purchased, among other books, a collection of the early Church Fathers.

The second trajectory-setting encounter was with a Catholic coworker whom I hassled regularly. In my mind, she was not a Christian and thus was a target for evangelism. Worse yet, she was a wolf among sheep (we worked together in a prominent Evangelical ministry). After a year of patient replies to my constant prodding, she announced that she was leaving. At her going-away party, she asked five of her coworkers to sit on high bar-stool-like chairs prominently placed at the front of the department meeting area. She then, one by one, recounted how each person had positively impacted her life, gently removed their shoes and socks, and then washed their feet. I was one of the five. It was clear to me that day who had a more substantive Christian life and relationship with Christ.

These events behind me, I continued to study Church history (Reformation and beyond), the early Church Fathers, their lives, and their writings. I was astonished at the depth of the faith of the Fathers as demonstrated by their steadfast suffering. Several ideas became prominent as I studied. First was the idea of proximity to the disciples of Christ — the Apostles themselves. Many of their writings overlapped the time frame of the New Testament authors. It was an easy extension of sound reasoning to assume that this proximity granted them a view into the meaning and context of Scripture that could not be replicated through a sola scriptura lens. I concluded that it just might be wiser to listen to their counsel than to those two thousand years later who had no real interest in the context out of which the New Testament was birthed.

The second powerful realization was that of the piety of these men. Like the Apostles, they lived and often died for their faith. The most prominent and bold radio preachers and pastors of my early Christian experience had never suffered a hair’s breadth in comparison with these men. Whose witness and perspective was more credible?

As I continued to read, however, I began to notice nagging patterns, common beliefs that began to change my views of the early Church. The Church these noble Fathers described was nothing like the Protestant “back to the early Church” perspective I was surrounded by. At first, I dismissed these ideas as an attempt to manipulate and control people within the context of persecution and dispersion. In one of the texts, I have comments in the margins arguing with the authors and their obvious “Papist Bias.”

However, as my readings continued, I was confronted with the need to make life-altering decisions. Did I truly believe that these men, because of their proximity and piety, should be taken seriously? If I did, what would happen to my faith and life as a Christian?

Regardless of the daunting prospect of bending to the teachings of these men, I decided to ask one simple question, “What is the most obvious teaching that seems to be held in common by the Apostolic Fathers?” I set to reading the texts again. What immediately surfaced for me was the idea of apostolic succession. Given the momentum of my study, I could not get around this idea. The implications? My pastor did not have the authority that I had once assumed. This caused a huge dilemma for me because by this time I was solidly Reformed theologically (a firmly TULIP’d Calvinist). I believed that justification by faith alone was abundantly clear in the New Testament. Where could someone turn who believed in apostolic succession and justification by faith? The only answer was the Anglican Church.

At that point, I began the shift into the shoes of a 39-Article-believing-Anglican (someone who assents to the entire codified beliefs of the Anglican Church, a rare thing in the U.S.). I began to search for an Episcopal church that I could attend. Still holding fast to the doctrinal Articles and apostolic succession, I persisted until I found the Orthodox Anglican Church. Because I already had aspirations to ministry, when I contacted them, they encouraged me to consider studying for the priesthood. I promptly enrolled at St. Andrew’s Theological College and Seminary in North Carolina.

As I began my affiliation and studies, I discovered the depth and richness of ancient traditions of prayer and liturgy — I was permanently hooked. To this day, I consider the earlier versions of the Book of Common Prayer to be unparalleled in beauty. It was obvious to me that the worship and beliefs of the traditionally rooted corner of the Anglican Church were far more closely aligned to the world of the Apostolic Fathers than I had ever experienced in other areas of Protestantism. However, the issue of the claims of Rome regarding Peter, the papacy, and the Magisterium continued to nag at me. I could not escape the clarity of the primacy of Peter in the New Testament, and the primacy of the see of Peter in the early Church. I was faced with more difficult choices than I had ever imagined.

A friend of mine who had preceded me to Rome confronted me with the most difficult choice I faced. “When are you going to recognize that there are only two options? You either submit to the Church and the authority that Christ established, or you rule yourself on the basis of your own judgment” – which, he reminded me, was the fundamental choice that had spawned over thirty thousand denominations since the Reformation. His question resonated with me and brought it all down to a very simple equation; I would either trust in my own limited judgment, or in two thousand years of consistent teaching of the Catholic Church.

Though extremely difficult on an emotional level, the intellectual decision was easy. I left seminary shortly thereafter. I was received into Christ’s one, holy, Catholic, and apostolic Church on the Feast of Our Lady of Mount Carmel in July of 2005. Aside from my first submission to Christ, it was and still is the best decision I have ever made in my life.

Dan Burke is the executive director of EWTN’s National Catholic Register, co-host of Register Radio, president and founder of the Avila Institute for Spiritual Formation, an international speaker, author of the award-winning book Navigating the Interior Life — Spiritual Direction and the Journey to God, frequent radio and television guest, retreat master, and founder of the award-winning site dedicated to authentic Catholic spirituality, Roman Catholic Spiritual Direction. Dan lives in Birmingham, Alabama, with his wife and children.