My Baptist Beliefs Began Falling One By One 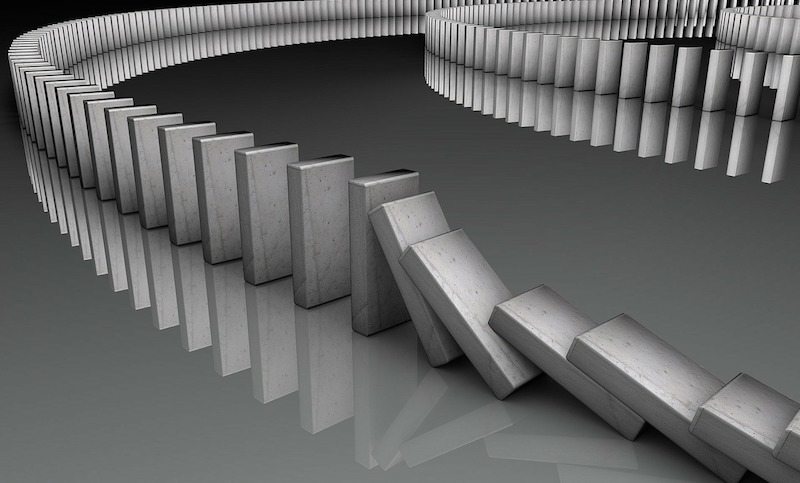 I was born in Anniston, Alabama in 1967. I have one sister who was born in 1969. Both of my parents were practicing Southern Baptists (though not of the particularly zealous variety). As I grew up, my faith life was formed by my mother. She made sure that we (my sister and myself) were always in Church and Sunday School. She also taught us the Bible and instilled in us a love for God and the church. We had prayers every night at bedtime and, of course, at meals. My mother lived her faith quietly and served wherever she could. Her example and prayers for me definitely landed me where I am today.

I was “saved”, baptized and joined the church at age 11. This occurred at First Baptist Church in Ragland, Alabama (a rural town of about 1200). As a teenager I was sensing a call to ministry (a “call to preach” as we would have said) but decided to pursue a career as a musician instead. Upon graduation from High School I went to a nearby University to study music on a scholarship. Not long after this I landed a position in a regional orchestra and was off into the world of music. I got out of church for a few years and stopped practicing my faith.

At age 21 I had a major conversion experience (the first of many to come!) and returned to the Baptist Church. Not long after starting back to church, I begin to sense the “call” again. Of course, I had changed quite a bit since my preteen/teen years. I had experienced a bit of the world and had broadened my horizons a bit. After some discernment with my pastor and a few good friends, I went to work for a Baptist Church as a Music Minister and was ordained by my local congregation. Upon graduation from college I decided to enroll at a local divinity school to work on an MDiv (1992).

As I had stated before, my horizons were a bit broader now. I had actually read a few Catholic authors (Merton’s Seven Storey Mountain and some of the Desert Fathers) and so was interested in the Catholic faith — particularly monasticism. One of my first classes in divinity school was church history. You can imagine my surprise to discover the early Church, complete with Bishops, priests and the Eucharist! I was enthralled by this faith of our fathers. I read the Church Fathers and was convinced that the Catholic Church was the original Church founded by Christ and the Apostles.

Another disturbing event that pushed me towards Rome was in my “Introduction to Evangelism” Class. One day the professor (a PhD and no mere “bible-thumper”) made the offhand comment: “God would not call anyone to the monastic life. This life is clearly against the Great Commission.” Well, of course, I couldn’t let this one go! By this time I had made a couple of retreats at our local Benedictine Abbey and was a friend of Antony of the Desert and company! I challenged him on this and pointed out that the early monks felt that they were being obedient to the command of Christ. Of course, I was shamed into silence. This encouraged me to read up on monasticism and to be ready next time to defend this Catholic phenomenon!

During my first year in school I was hired by another Baptist church as an associate pastor (1994). I was pleased with this since it meant a move into Birmingham proper, a salary increase and a more prestigious title! I became so busy at my new church that I had to drop out of school. It was during this move that I learned about EWTN. I was surprised to learn that the Catholics were on TV. I also lived only 10 minutes from the studios.

The event that caused me some serious difficulties was when the Southern Baptist Convention began to ask questions about the ordination of women. Could a woman be a pastor? A deacon? We had been ordaining women for years and suddenly this was a divisive issue within the church. I saw churches split over these and similar issues and I began to see that we had a major authority problem within out tradition.

I knew enough about the Fathers to look for precedents on issues of authority. This led me into a study of the idea of apostolic succession, bishops, and the Magisterium. Much to my surprise, I found that the Catholic position was the only reasonable answer to questions of authority in the Church! I also found that Protestantism was full of split, upon split, upon schism, upon schism. This couldn’t be what Jesus wanted! It was at this point that I began to look seriously at the Catholic Church. I just couldn’t get away from the Catholic Church’s claim of authority.

As I studied the ideas of the Reformation I soon found more problems. I was challenged on sola Scriptura as I read Scott Hahn’s book. Soon sola fide fell by the wayside as well (For the record, I had never believed in “once saved, always saved”, that clarion call of the Baptist Church). I soon discovered the Catechism of the Catholic Church and the writings of Pope John Paul II. I will never forget the effect that Veritatis Splendor had upon me.

My belief in these important Protestant foundation stones was crumbling. Still, I felt that I could hold on as a “liberal” Baptist. We were all about autonomy and freedom, after all! The final straw that broke the camels back was the sacraments. As I read Catholic writers and continued to pray and study the Scriptures I became convinced that we needed the sacraments. I had embraced an incarnational theology without realizing it! By this time, I was going out to pray in the chapel at EWTN. I felt that if the Eucharist was not only “what” but “who” the Catholics said, then I would have to become Catholic ASAP! It took about 6 months of prayer before the Blessed Sacrament for God’s grace to do its work. I had a fantastic encounter involving the Blessed Sacrament and John Chapter 6 that convinced me!

Needless to say, I soon resigned from my pastorate to enter the RCIA. I was received into the Church in 1996. I was recruited by my bishop (David Foley) in 1998 and went to the seminary (again!) that same year. I was ordained (again!) in 2003 and am now serving as the Associate Pastor (again!) at a church in Birmingham, Alabama.