When Everything You Thought You Wanted Isn’t Enough 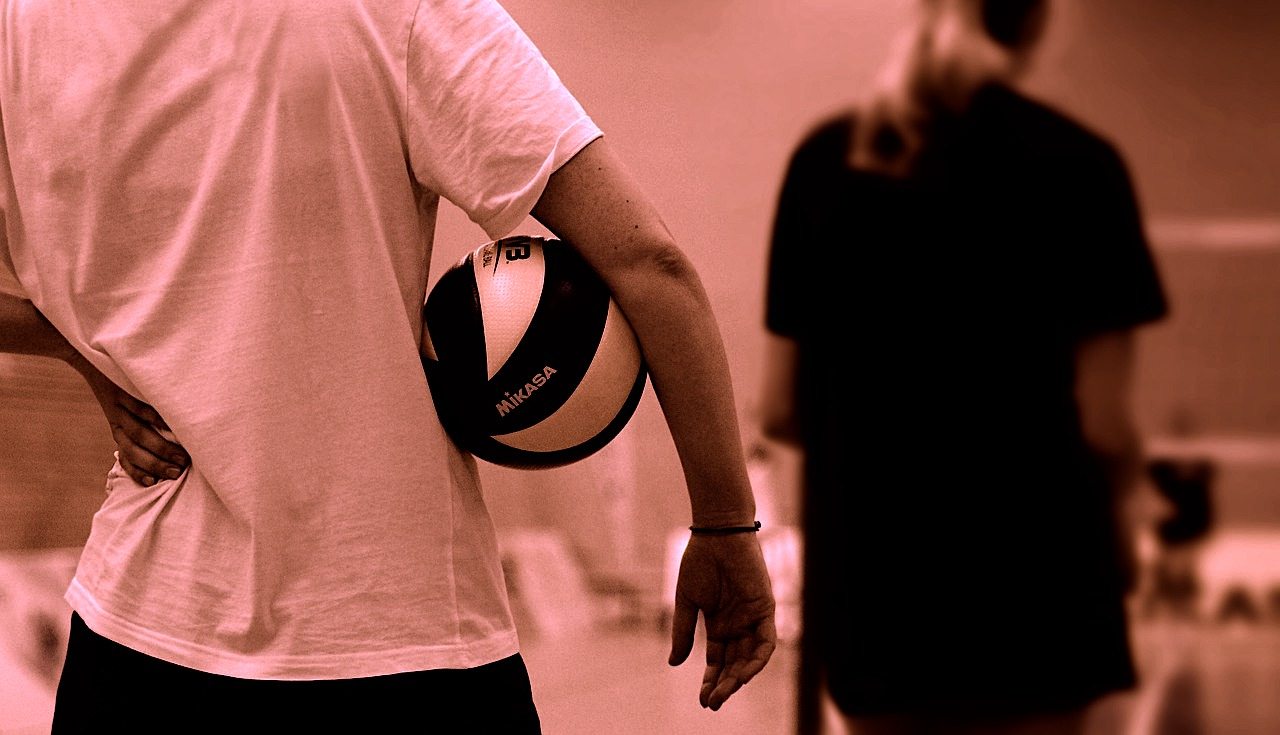 Sr. Miriam James Heidland, S.O.L.T., is the author of Loved as I Am from Ave Maria Press.  She spoke to the Coming Home Network about her Catholic upbringing, how she fell away from it as a scholar athlete in college, and how she eventually found the strength to trust God’s call to religious life.

Was faith a part of your life growing up?

Oh, yes. I was raised Catholic. My dad converted to marry my mom, who came from a South Texas German farming community, so I was very Catholic, right from the start. We went to Mass every Sunday — every Sunday — and prayed the rosary together. My parents were very faithful. They had a deeper conversion when I was older, but even when I was small, they were faithful.

Was this something you appreciated, or not?

I feel like I grew up learning mostly about the rules of Catholicism. I had a bit of a fear-based religion. I saw God as someone to be obeyed, and if you didn’t obey, you’d go to hell. I found it oppressive. I don’t think I ever fell in love with Christ, or even truly met Him. 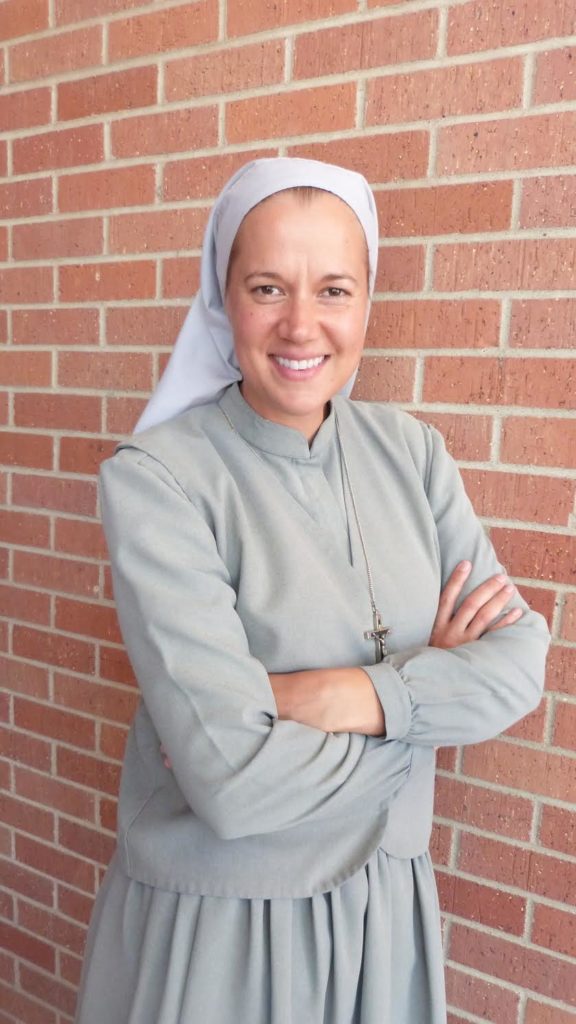 What did you want to be when you grew up?

I wanted to be either a successful businesswoman — or, because I got a Division-I volleyball scholarship, I wanted to do media work for ESPN.

So you were on track to be an Olympic volleyball legend with the likes of Misty May-Treanor?

Ha! I was not that good.… I played against her in college. She played at Long Beach State, and I played at Nevada. She was a year behind me, and even as a freshman, she was an All-American setter. Somewhere along the way, she switched from court volleyball to sand volleyball, and the game has never been the same.

What were some of the aspects of being a Division-I college athlete that you weren’t prepared for?

Well, I came from a small town in Washington State, and Nevada’s only a mid-sized university. But when it comes to sports, it’s such a small percentage of people from high school that go on to play in college, and it’s a business. I was not prepared for that. They invest money in you, and your whole life revolves around the sport, because obviously, they want a return on their investment. And here I was, a skinny little girl from a small town spending five days a week in the weight room as a freshman, trying to bulk up.…

Of course, a scholarship is a great opportunity. Obviously, you earn every penny of it, but there are lots of perks. You go on big trips, you stay in nice places, our assistant coaches would handle all kinds of school things for us. All we had to do was just show up for class and stay academically eligible.

If you grew up in a solid religious structure with your family, and a solid academic and athletic structure in college, how did you end up getting off track with your life?

Well, first of all, you’re in college, and you’re seeing lots of things that you’ve never seen before, to put it mildly. Our only real supervision was in the form of our coaches, and thank God for them, because if any of us were to show up hung over, or late to practice, we’d totally be busted. But that didn’t stop us from partying whenever we could get away with it. My parents weren’t around to make me go to Mass regularly, so I stopped doing that too.

At the same time, I was hungry for love. I felt starved for purpose, and meaning, and satisfaction, and I was trying any door I could to find it. I became a very broken girl.

At the time, were you aware of the spiritual ramifications of your lifestyle choices?

That’s a good question. I still had a heart full of big dreams, and I still wanted to be somebody. But I knew that I was unhappy. I found myself avoiding silence at all costs, and I avoided sobriety when I could. And I avoided being by myself, because I knew if I were silent, or sober, or quiet for too long, all the things that had been troubling me would come to the surface of my heart.

I knew the things I was doing were wrong, but I was just so incredibly broken. In 12-step recovery programs, there’s a saying that “you’re only as sick as your secrets.” That was me. I had so many secrets, and I was so toxic inside.… I knew what was right and what was wrong; I’d been raised well. But because I was so broken, I continued to make choices that kept leading me down a path of hurt and shame.

At what point does a party lifestyle stop being about the pursuit of pleasure, and become more just about insulating yourself from whatever pain you’re avoiding?

Quite frankly, I think all of us have something in our lives that we treat that way — whether it’s our phones, or food, or shopping, or whatever … something that keeps us numb, because we know that our realities are painful. In my own life, I know that any time I’ve tried to pursue something besides God to satisfy me, it always ends up disappointing me. Whatever it is for you, you keep trying to get your fill of it, and then you cross that line where you realize that what you’ve been filling yourself with is just more sorrow and disappointment. But you’re not ready to give it up, so you convince yourself that if you just had a little more of it, then that would fix everything.

It’s a craving that humanity has had since the beginning of time — a craving for eternity. It’s fascinating, the lengths that we’ll go to, to try and satisfy that craving, even when we know that what we’re doing isn’t capable of satisfying us. For some reason, in our brokenness, we feel continually drawn toward things that are bent on destroying us rather than giving us life.

How were you able to break out of this self-destructive cycle, where you felt like you were chasing the same dissatisfying things and getting even less satisfaction from them?

For me, it was the witness of a priest that God sent into my life. He was the first person I’d met who was authentically holy. In his encyclical Spe Salvi, Pope Benedict XVI writes that “the one who has hope lives differently.” This priest lived differently. He was funny, and down to earth, but he walked with God. He would tell me the truth.… I remember he’d call me out on the way I was acting all the time, but he’d do so as a spiritual father would.

I met him when I was about 19, but it took a while for it to dawn on me how much of an impact he was having. I remember being 21, an alcoholic (though I wasn’t ready to admit it yet), and very full of lust, and very broken, and I remember saying to him, “Father, I don’t know what you have in your life that’s different, but I want it.” Watching him made me feel like it was possible to live your life for God and be happy.

So you went from that realization all the way into religious life. How did that progress?

That period in my life was the start of a long conversion process for me. There was a lot of falling down, and getting back up again, all the while going back and looking at what the deeper desires were in my heart. The desires in my heart for love and community and beauty were all good desires, so I found myself having to awaken to the understanding that those things were what I really wanted for myself.

After I graduated from college, I went back home, thinking I could maybe work at a local tv station, starting out at the bottom of the market to see what would happen. That’s when this same priest invited me down to visit a mission in New Mexico. There was no way I was cut out to be a missionary, but I trusted him, so I went. Down there, they didn’t have any tv, and there wasn’t a lot there to distract me, so I had a lot of time to be silent. It was in that silence that I finally came face-to-face with what my ultimate desire was, and it was to be at one with God.

It’s been a long journey, one of honesty, openness, and sobriety, of counseling, spiritual direction and confession — really, of learning how to be a human person and learning how to love.

What would you say to someone who happens to be where you were in your early college years, someone who keeps chasing after unfulfilling things and feeling emptier and emptier as they go along, to encourage them and help them understand that God loves them and wants to have a relationship with them?

All of us have moments in life where we encounter something beautiful or extraordinary. Time stops for us, and we wish that moment would never end. There’s something about all of our hearts that aches for eternity.

One of the ways we try to protect our hearts is by turning away from hope, because it’s painful to long for something that we can’t yet possess. We wall ourselves off from God and even accuse Him of causing all of our sufferings, and that’s our excuse for staying away from Him. But we still have those moments of beauty, where we feel like there has to be something more than what we can see, and we get a small understanding of what real love can look like. God has built the proof of Himself into our hearts by making us capable of reflecting that love. He wants us to be happy, and He wants us to find that happiness in Him.

Sr. Miriam James Heidland, S.O.L.T., was raised in Woodland, Washington, and is a graduate of the University of Nevada-Reno, where she played volleyball on a scholarship and majored in communications.

In 1998, she entered the Society of Our Lady of the Most Holy Trinity, a missionary community that serves global areas of deepest apostolic need. Heidland has served at missions in Rome, North Dakota, Seattle, and Texas. Her book, Loved as I Am, is available from Ave Maria Press.