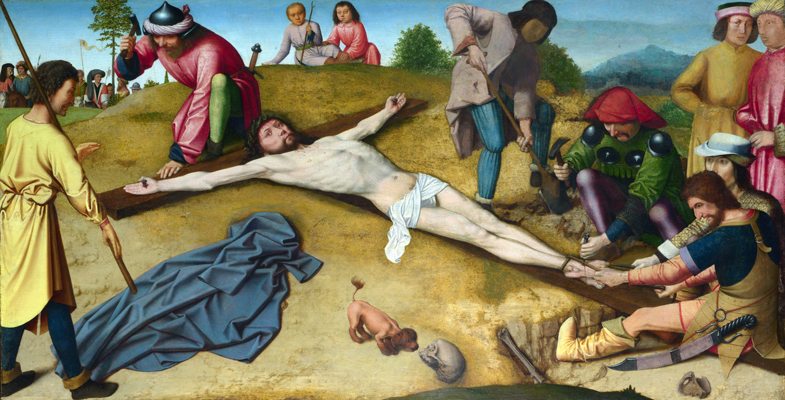 In 1959 I was born into a Muslim family in Kurdistan in northern Iraq. I was the fifth child of a large family. The Arab culture and the religion of Islam were the dominant influences, overshadowing the three other nations in Iraq, the largest of which are the Kurds. I began the formal study of Arabic at the age of twelve. By the time I was sixteen, I was writing poetry in Arabic, some of which was published as early as 1976.

My political activities in the Kurdish opposition against Saddam Hussein spanned most of my adult life in Iraq. Saddam Hussein, in one of his many attacks on the Kurds, forcibly moved large populations from their homes, banishing them to other parts of the country, to grab and secure his control over the Kurdish oil fields. Thus began in 1975 my active effort to free the Kurds and unite them politically.

For this, I suffered jail and torture a number of times at the hand of Saddam. My close encounters with death were seen as “luck” when armies invading Kurdistan took the lives of my fellow fighters. Numerous times God saved me from death as it came near through a judge’s decree, by the chemical bombs raining down upon the Kurds, by near-drowning, and serious wounding. However, I did not then recognize that it was the hand of God.

I continued in my freedom fighting, often spending months in the mountains suffering cold and hunger, raw fear, and my people’s utter abandonment by the nations of the world. In 1988, I saw my most beloved friends die in the horrors of the chemical attack on the town of Halabja. I came to understand the frailty of every man in his sin and the utter hopelessness of life without God’s intervention and protection.

My Ongoing Interest in the Christian Faith

Since the early stages of my life I had been interested in Christian ways of life, due mainly to my earliest memories of our Christian neighbors, many of whom were beautiful examples of Christ’s love. Remembering them leaves me with the precious realization that God was calling me to Him, even from my childhood.

One day an Armenian Christian chanced to give me a book on the martyrs of the early Church. I read it and was inspired to live and die for the freedom of my people, the Kurds. I had a voracious appetite for reading during my youth and read widely in theology, philosophy, and history. I became fluent in English, reading Voltaire, Hegel, and Dickens, to name a few.

Eventually I went on to study avidly the giants of the Christian faith, St. Thomas Aquinas among them. By consistent investigation and comparison of Islamic and Christian theology, I came to recognize the truth of Christianity in early 1982. But this remained an intellectual acknowledgement only. I recognized that Jesus was the Messiah, but I did not know Him personally.

After the Persian Gulf War, I married Sara, an American Christian, telling her that I believed Jesus was the Messiah but admonishing her that she was not to try to convert me to her religion. I did this despite the fact that I did profess to believe that Jesus is the Messiah.

Muslims understand these terms quite differently from the way Christians understand them. She knew this was a solemn agreement, and for the next two years, we endured all the storminess of an intercultural and interreligious marriage. Through the many arguments and bitter disagreements, I slowly came to see that Sara constantly forgave me, loved me, and wanted me more than she wanted her own way.

Unbeknownst to her, she was the living testimony of the Person of Christ in our marital struggles. Eventually, I began getting up at night to read the New Testament secretly. I was coming ever closer to the Lord as I met with Him secretly in His holy Word, the Bible.

We came to the United States early in 1993 and continued a small business Sara operated at the time. I had studied Islamic and Christian theology for most of my life. This study took me on a journey that led me finally to Jesus Christ, whom I intellectually recognized as the Messiah. Even at this point in my life, however, I did not make the final commitment of Baptism.

Baptism, Conversion, and the Catholic Church

One day I was approached by my dentist, Doc Blevins, who prayed with me and eventually brought me to faith in Christ during the summer of 1995. I was baptized into the Body of Christ on September 17, 1995. Everything was changed.

I began immediately to tell my Muslim friends why I had converted and made great efforts to evangelize them. I studied the Bible until I could quote chapter and verse and began to witness to everyone who would listen. Many did listen, intrigued by this Kurdish convert with so much enthusiasm for Jesus and the Bible.

I knew that I now had what was needed for my entire nation, indeed for all the Muslims and the unreached world. I had the gospel, and nothing could keep me from sharing it!

For the next year or so, I read for hours every day, witnessing to hundreds of customers at work and finding that I had a gift to bring people to faith in Christ or to get them to be once again active in their faith. In my small business, in our neighborhood, among strangers and friends, I found nothing worth speaking of anymore but Jesus Christ.

It has now been eight years since my conversion. During that time, the Lord has used my witness to win many people to Himself, some of them Muslims, some of them backsliders, and some of them atheistic fence-sitters. “For whoever is ashamed of me and of my words … of him will the Son of Man also be ashamed, when He comes in the glory of His Father” (Mk 8:38).

Soon after my baptism, Sara and I began a neighborhood Bible study for anyone from any denomination who would come. To this Bible study came a nine-year-old neighbor boy, Joe Sobran, who would read questions and answers from his Baltimore Catechism. Sara and I were shocked at the unique questions and were floored by the simple and profound answers in the back of each chapter.

Little Joey did not give up, asking us why we were not Catholic. He would plant seeds every time he spoke to us of the Catholic faith.

One evening, Sara and I were watching television and happened upon a broadcast  of the Mass on EWTN at the exact moment of the Consecration when the priest was elevating the Host. We were shocked by this simple and beautiful respect for Jesus. Then the priest elevated the chalice, in its ornate beauty.

The priest’s vestments had a beauty that showed that only the best we can offer is good enough for God. Sara and I suddenly understood that the beauty in the Catholic Church was there because it was truly the House of God.

Father Most died in January 1999. It was an eternal blessing to have sat at his feet and learned the Catholic faith. He encouraged me to create settings in which Christians and Muslims could have dialogue.

After his death, I carried on my life’s mission of reaching Muslims. That mission achieved new urgency after the horrific events of September 11, 2001. It became clear to many that either the Muslims will aggressively “evangelize” the West through their various forms of jihad, or we will evangelize them with the Good News of Jesus Christ.

I’ve been called on to speak numerous times since the tragedy. These talks have been about the realities of Islam, their strategies for converting us to Islam, and what we can do to be heard and received by them successfully.

In the past, Christians have depended on the Bible to evangelize Muslims. But this strategy has been largely unsuccessful because Muslims believe that Christians and Jews corrupted the Bible. We must develop instead a method to reach out to Muslims using only their sources, such as the Qur’an and the various traditions about Muhammed. All of us in the West have to study now in order to learn how to engage a religion and a culture completely foreign to Judeo-Christian culture.

The events calling for this new strategy have an urgency that we ignore only at our peril. May God guide and empower us for this task by the power of the Holy Spirit and the grace of His Son, our Lord Jesus Christ.

Daniel Ali, a convert from Islam, continues his outreach to Muslims through writing and speaking.