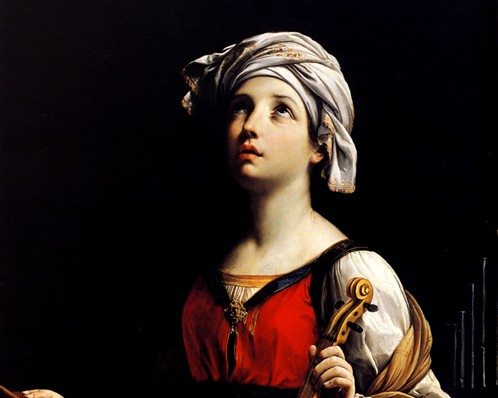 I was in the newsstand of a Miami bus terminal, my saddle oxfords a bit scuffed and my uniform crumpled after a steamy day of classes, when I spotted something that utterly horrified me. It was not an X-rated magazine, but something much worse: a book called Why I Am Not a Christian by Bertrand Russell.

I didn’t dare pick it up for fear that it might burst into flames. I had been raised in an Italian-American family that traced its Catholic roots back to the “old country” for generations. To me, nearly the whole world was Catholic and, although I had heard about Protestants – the nuns had told us about the Reformation, although they preferred the term “revolution” – I had never encountered someone who would brag about rejecting Christ outright.

Little did I know that in a few years I would not only reject Christ, but all the teachings of my childhood, and become a radical feminist and ardent atheist.

Evangelized by the secular world

I was a senior at Immaculata Academy when I shyly told one of the sisters about my plans for the future. I wanted to go to the University of Florida in Gainesville, where I would major in English and put into motion my lifelong dream of becoming a writer.

Sister’s expression darkened and she delivered a line that would come back to haunt me many years later: “If you go to a secular college, you’ll lose your faith.”

At first, this prediction seemed completely absurd, but it wasn’t long before it began gaining the momentum of truth. During my first years in college, it seemed as though all the classes were taught by atheists who were eager to evangelize their students. My psychology professors puffed on pipes while proclaiming that heaven and angels were figments of the imagination. My philosophy teachers found belief in God rather quaint, as it was — in their opinion — completely antithetical to reason, which they held supreme.

In 1964, I arrived on campus a delicate, churchgoing virgin, but two years later, I was a full-fledged hippie, carrying an Army gasbag as a purse and wearing dresses so short they could double as blouses! As the hippie bandwagon stormed through campus, I eagerly embraced the empty dogma of the “God is dead” movement. I happily dismissed all the things my parents held dear, including virginity before marriage and abstinence from drugs. It wasn’t long before Sunday Mass became a relic from my childhood, along with my teddy bears and jump rope.

What to “do” with sexuality?

By graduation, I had firmly latched onto feminism, which proclaimed that women should be able to pursue their dreams — as long as those dreams didn’t involve marriage and motherhood. In graduate school, my dissertation presented androgyny as the solution to the inequities between men and women. This state of being would be achieved, I claimed, once parents began to raise boys and girls in identical ways. Now, I look back and chuckle, because the woman who wrote that thesis had obviously never witnessed a little boy wielding a doll as if it were a weapon or a little girl putting lipstick on her teddy bear.

My personal life was driven by the notion that there was something called “free love” and that women could level the playing field with men if they acted just like men when it came to sex. This notion, of course, played right into the hands of the campus playboys, but feminists like me didn’t seem to notice that. In hindsight, it seems obvious that many of the guys I dated were happy to oblige women who were eager to sample sex without commitment.

I ran from one boyfriend to the next, trying to convince myself that happiness was just around the corner. As my relationships began crashing and burning, I was too blind to see the truth. I was trying to be the poster child for the freewheeling lessons of the sixties, yet in my heart I was still the little girl who had gone to Catholic school and yearned for a man to cherish her and marry her, something quite traditional and very “unhip.”

After getting my doctorate in philosophy, I moved to Atlanta and became a college instructor, where I taught courses in English and philosophy. In the latter courses, I outlined traditional arguments for and against God’s existence and, although professors ideally are supposed to remain neutral in such discussions, I think my students had no trouble determining where I stood.

It wasn’t that I was trying to mislead them; it was just that I didn’t see any compelling reason to believe in God. Despite my childhood upbringing as a Catholic, no one had prepared me with a proper arsenal of arguments to defend my beliefs. I came to see the universe, therefore, through the eyes of the dejected, bleak-hearted existentialists like Jean-Paul Sartre who believed in nothing transcendent and actually stated that hell was “other people.”

During this time, I was faced with an unwanted pregnancy and it didn’t take long to decide what to do. After all, I had thoroughly delved into the issue of abortion in the classroom, and it seemed pretty clear that a woman’s rights always trump those of the child. I made an appointment at the local feminist clinic, and figured the “procedure,” as I called it, would be as simple and straightforward as having a tooth removed since that was what all the feminist tomes suggested. In fact, the abortion turned out to be one of the most horrendous moments of my life, both physically and emotionally, and something that I would re-live and regret for many years to come. That terrible event became the first chink in my feminist armor, forcing me to wonder if everything that I had held dear about feminism was really true.

In my thirties, I finally did settle down with a very nice, kind, and loving man, whom I met while teaching at Georgia Tech. He had been raised Christian, but didn’t have any strong inclinations in that direction, and liked to dabble in a bit of Eastern thought now and again. As for me, I continued on my atheist path, although it was becoming increasingly harder to keep my foothold.

Peculiar things kept happening. For example, when we chose a place for our wedding, I was the one who suggested a Methodist church near my apartment. I said it was because the sanctuary was pretty, but it was strange indeed for an atheist to pronounce her vows in a decidedly Christian setting complete with crosses, stained glass, and a pastor who actually believed that what the Bible taught was true!

When I began freelance writing for a local newspaper, I often chose to explore topics that had to do with — of all things — religion! Not just any religion either, but I was drawn to write about cloistered nuns, Christian women in the clergy, and childhood memories of Catholic school. I still didn’t get the message that “Someone” was calling me back to the Faith — until He started shouting.

During one of our boating trips on a small island in the Gulf of Mexico, my husband and I had a very startling encounter. We were enjoying the glassy stretch of sea when suddenly, two gigantic, whiskery faces rose from the deep and peered into the boat. At first we couldn’t find the word to name what we saw, but moments later we yelled, “Manatees!”

And then, for some reason, the self-proclaimed atheist in the boat added with awe, “Oh, it was like looking into the face of God.”

If those were the gentle nudges, God finally gave me quite a large push. This happened when my husband returned home from a business trip and announced, completely out of the blue, “I stopped in at St. Patrick’s Cathedral and lit votive candles for your folks and my dad.”

Huh? This was a man who had never been in a Catholic church before, and certainly knew very little about the tradition of praying for the dead. At that moment, I was seized with the chilling realization that I had never prayed for my parents, who had died years before.

After that, things progressed fairly quickly. We discovered that we were living less than a mile from a Catholic church. We went to Mass and decided that we liked the pastor and the prayers. Little by little, as I began re-reading the Scriptures, I had the feeling that Christ was walking out of the pages and taking possession of my heart.

One bleak, wintry night, I went to Confession and unburdened my soul of the horrible, black sin that had kept me in chains for years. I wept as I told the priest about the abortion. A man of great mercy, he told me about Christ’s words on the cross: “Forgive them for they know not what they do.” He assured me that Christ would forgive me too.

Letting go for the sake of Truth

Before long, I became a steady churchgoer and my husband eventually was received into the Catholic Church. However, I still remained a classic, cafeteria-style Catholic. Despite my own terrible regret over abortion, I still clung to the belief that women had a right to make that choice. I also refused to stop using contraception and disagreed with the Church on issues like homosexuality and a female priesthood.

It wasn’t until I was diagnosed with cancer in 2000 that I had a deeper conversion. It was then that I sought instruction from a priest who teaches religion at one of the local Catholic high schools. I came to Father Richard Lopez in tears when I thought I was going to die. He helped me through the initial stages of grieving that so often accompany tragedy.

I began asking why the Church teaches what it does about abortion, contraception, homosexuality, and a variety of other issues. Fr. Lopez answered all my questions, gave me background materials to read, and finally provided the foundation I needed to abandon my “cafeteria Catholic” approach to the Faith.

My husband and I will soon celebrate 30 years of wedded bliss. Although we were not blessed with children, we have been graced in many other ways, especially in our faith. When I reflect on my journey, I believe that God called me back to the Catholic Church with the help of my parents and with the prayers of that little soul who was never born, but will never be forgotten.

Lorraine Murray is a writer living in Decatur, Georgia. She wrote about her faith journey in Confessions of an Ex-Feminist (Ignatius Press). Her books also include a biography of Flannery O’Connor called The Abbess of Andalusia (St. Benedict Press) and two mystery novels, Death in the Choir and Death of a Liturgist. Lorraine’s website is www.lorrainevmurray.com.