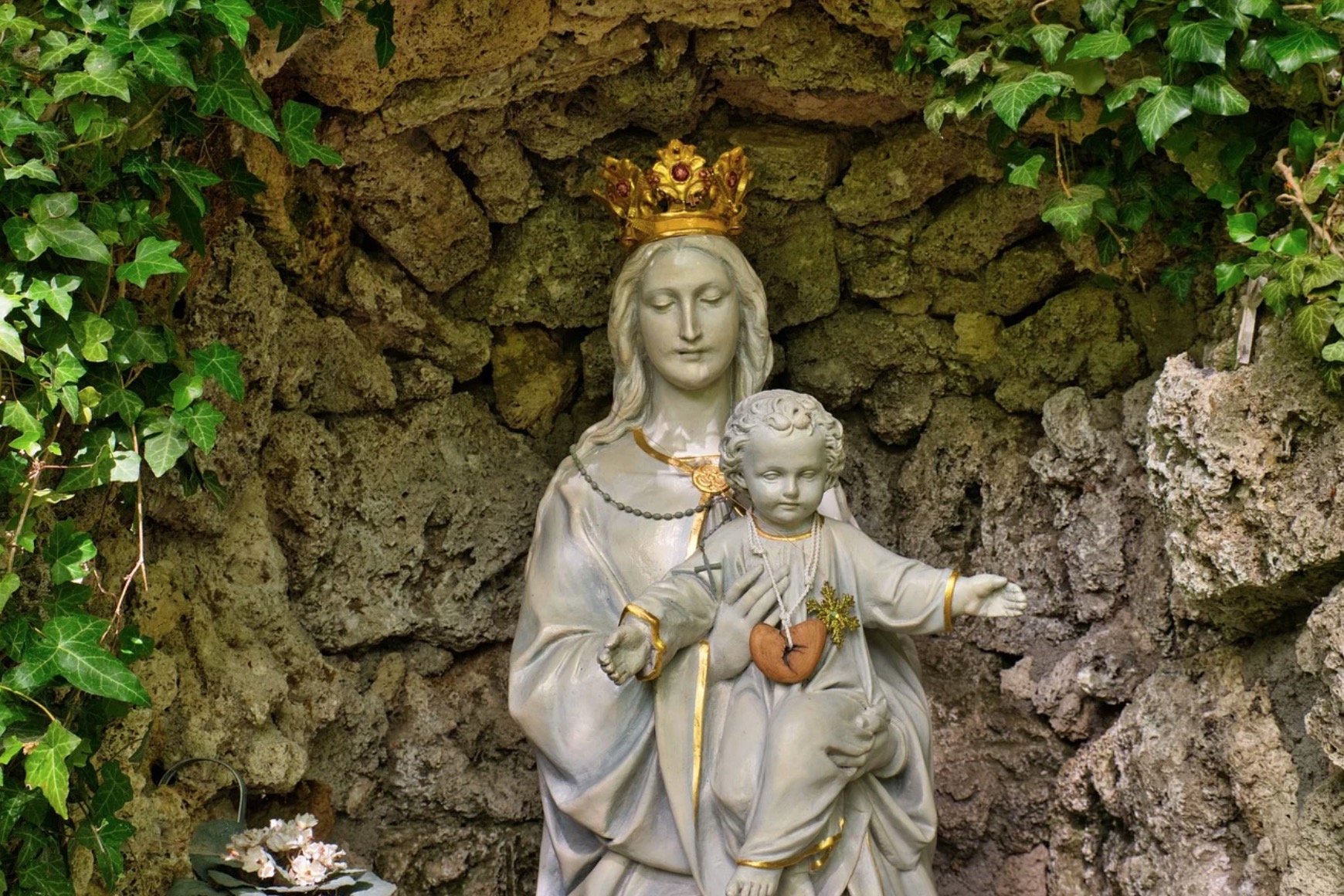 I was born and raised in the Roman Catholic Church; as an infant, my parents appropriately presented me for Baptism in the Church. I started my elementary education at the Catholic school in a small, Michigan town. During the second grade, my family moved to Lansing and I was enrolled in another Catholic school where I made my First Communion. I looked forward to going to school, because it was at the church I attended. As a young child I loved the Catholic Church, because the congregation always participated in the liturgy whether it was pre- or post-Vatican II. I learned about the sacraments of the Church, and the mystery of the Church sparked my interest. I always had curious questions about the Church for the priests and nuns.

By the fourth grade, I was asked to be an altar boy (now called “altar server”). I took my service to God and His Church during the Mass very seriously. I knew how important the Mass, the Liturgy, and receiving Communion were in my life. I felt like I received God’s grace more when I served during Mass. The altar server training was easy for me, even though I was a little nervous at times. One day the pastor of the church pointed out that when I came to the altar railing for Communion I “demonstrated a humble and sincere heart.” Honestly, at age ten, I really didn’t know what that meant, just that it was important to me and the way in which I served God. I was always the first to volunteer to serve the Corpus Christi Mass, during which special honor and adoration were given to the Real Presence of Jesus in the Blessed Sacrament. In the sixth grade I was confirmed by the Most Reverend Alexander M. Zaleski at St. Mary Cathedral.

By the seventh grade, my parents could no longer afford parochial schools, so I was switched over to a public junior high school. The average Christian student’s faith was tested attending this school, because of the behavioral problems of many students. When I moved to the school, the building was new; three years later, the school looked like it was 20 years old. Because of the problems I had there, I became disillusioned with my Faith and fell away from the Catholic Church for a brief period of time.

In high school, I returned to the Catholic Church and got involved with the Charismatic Renewal. During this time, I learned what it meant to “have a humble and sincere heart” by taking Communion in the Catholic Church. I was able to understand the mystery and the graces of the sacraments.

I went away to college at a nearby major city where I graduated. It was after college that I met a wonderful woman named Carolyn who introduced me to the Episcopal Church where we eventually were married. When we got married, I had wanted a Catholic priest at our wedding, but he was not able to come, because an annulment was needed in order for Carolyn to get married in the Catholic Church. We considered filling out paperwork, but we did not finish it. An additional problem was that some of Carolyn’s family did not like the Catholic Church; however, my parents were willing to accept that I was going to be attending the Episcopal Church. I came into the Episcopal Church for my wife and, even though I met many parishioners and clergy that were welcoming, I never felt I could be a “true Episcopalian.” The joke in the church was that I was a Roman Catholic who attended the Episcopal Church.

Reawakening a Desire for the Church

The first Episcopal Church we attended was the church that Carolyn grew up in. The church was a small town Episcopal church, which proved problematic to our relationship, due to family issues. A few years after Carolyn and I were married, we started to attend another Episcopal church. This church was larger (because it was in a larger town), and the fellowship was as different as night and day. Most members of this church were involved with Cursillo, a Christian leadership program. Carolyn and I had been attending this church for a short time when we were invited to attend a Cursillo weekend in the fall of 1991. We really enjoyed it and Carolyn learned there was more to church then “attending the service and going to coffee hour afterwards.”

Throughout my life, I was involved with sports and, for ten years, helped out with boys and girls at a local Catholic high school, which meant that Carolyn, our son Patrick, and I were fellowshipping with Catholics. Both Carolyn and Patrick loved coming to those athletic events. Although I was able to get my “Catholic fix” during the special sporting-event Masses, I was missing the Catholic Church. During this same time, I lost both of my parents who were buried in the Catholic Church.

As Patrick entered high school and was getting involved with after school activities, I gradually became more involved with the Episcopal church Carolyn and I attended, particularly with their Cursillo Community. I was put in charge of the acolytes (altar servers) and ushers. In appreciation for my work, the rector appointed me to the role of Verger, an important lay minister “who assists the clergy in the conduct of public worship” (Episcopal Diocese of Texas; www.epicenter.org/what-is-a-verger).

I finally realized the tongue-in-cheek statement that I was a “Roman Catholic who attended the Episcopal Church” was not a joke!

As years passed, I became disillusioned with the fellowship of the Episcopal church we were attending and, at same time, certain members of that church let me know I was not a good fit for them. Because of this attitude, with prayer, discernment, and my family’s permission, I felt it was time for me to return to the Work of Christ community. I was welcomed back to the community like the prodigal son who was welcomed back by his father. My wife and son were welcomed with open arms and now enjoy the fellowship of the Work of Christ community.

As the Episcopal Church became more liberal, it created conflict between our family and our local Episcopal church. This is when God opened the door for our return to the Catholic Church. The rector’s sabbatical in the spring of 2011 marked the start of our “sabbatical” away from the Episcopal Church. Most of the time we attended Mass and enrichment classes at the Catholic Church even though we had visited the Greek Orthodox, Melkite Catholic, and Anglican churches and enjoyed fellowshipping with their members. I contacted a priest who was responsible for getting the Anglican Ordinariate (now the “Personal Ordinariate”) off the ground. In the fall of 2011, we returned to the Episcopal Church and, at the same time, were attending the Catholic church once a month.

In January of 2012, I was in touch with the office of the Personal Ordinariate of the Chair of St. Peter through which Anglicans can keep their traditions after coming into full communion with the Catholic Church. They recommended we attend a Catholic church full time and for Carolyn to go through the annulment process (she found the process a little troubling, but did experience some healing). In the spring of 2012, Carolyn and I began going exclusively to the Catholic church.

Carolyn started the RCIA (Rite of Christian Initiation for Adults) classes in September of 2012 without me, because the coordinator felt I did not need to start the class until January, when the sacraments were being discussed. After my second class, she told me “I was being thrown out of the R.C.I.A. class.” I asked why? She let me know “my actions, my knowledge, and my love for the Church most likely created the ‘unwelcome’ conflict I received in the Episcopal Church.” She said “You are a Catholic at heart and, because of you, your wife will make a smooth transition into the Church.”

Francis and his wife, Carolyn, reside in Grand Ledge, MI where they are parishioners at St. Michael’s parish.  Francis was employed for many years by the Lansing Community College. Since retirement, he works part time for the Diocese of Lansing Archives office.