Why Is the Cup Not Offered to the Congregation at Mass? 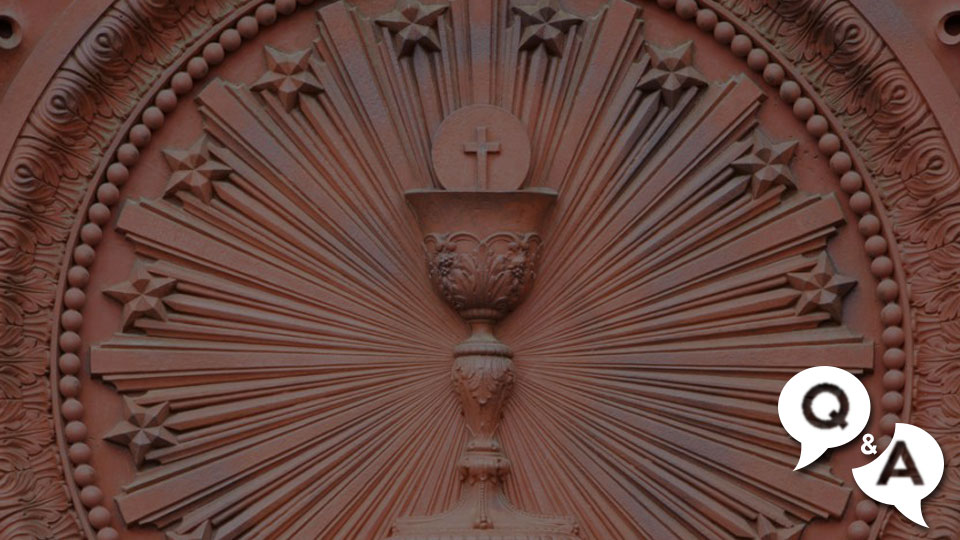 The following is a question that was asked on the CHN Community:

How come the cup is not offered to the congregation at Mass?

The reason is historical, Alan. The Catholic Church has no doctrinal reason to prohibit the congregation from receiving both the Body and the Blood.

Up until shortly before the Protestant Reformation in the 16th century, the Eucharist was regularly offered under both species (both bread and wine). But beginning in the 14th and 15th centuries, there were several groups, such as the Hussites (followers of the heretic Jan Hus), who claimed that the Eucharist was not a valid sacrament unless the congregation, as well as the priest, received under both species. Then, during the Reformation itself, leaders such as John Calvin claimed the same: that their (symbolic rather than real) communion must consist of both bread and wine for all. In other words, they espoused the same heresy as proclaimed by the groups of the preceding century.

Now, Moses had received a commandment from God that the Israelites were not to worship cattle and other animals, as the Egyptians did while the Israelites were slaves in that land, but were instead to sacrifice those animals to the one true God, showing that they were not gods, but creatures like themselves. In like manner, the Catholic Church decided at the Council of Trent (1545–1563) to restrict the eucharistic communion of the people to the form of bread only, to demonstrate that they were not to believe as the heretics of their times did, but to follow the true doctrine of the Catholic Church. Nevertheless, the priest still must receive under both species, bread and wine, to ensure the validity of the sacrament.

At the Second Vatican Council (1962–1965), it was decreed that the so-called Counter-Reformation was now at an end, and that certain policies of the Church could now be relaxed. Among other things, communion under both species was restored for the congregation. This was done, however, only for special occasions, solemnities, and the Easter Season, so that abuse of the new privilege could be minimized. After all, wine can easily be spilled.

As a matter of fact, because of our doctrine, no one but the priest has to receive under both species. Celiacs (people who cannot consume wheat gluten, since the bread used for the Eucharist must be only of wheat) and alcoholics (people who should not imbibe alcohol, since the wine used for the Eucharist must contain alcohol) can receive in a manner that will not harm their health, by receiving only one species. Therefore, even if the cup is offered, there is no obligation for anyone in the congregation to receive it.